Tomorrowland has something new towering over it these days: a construction crane dedicated to Magic Kingdom’s next big thrill ride, the Tron roller coaster. 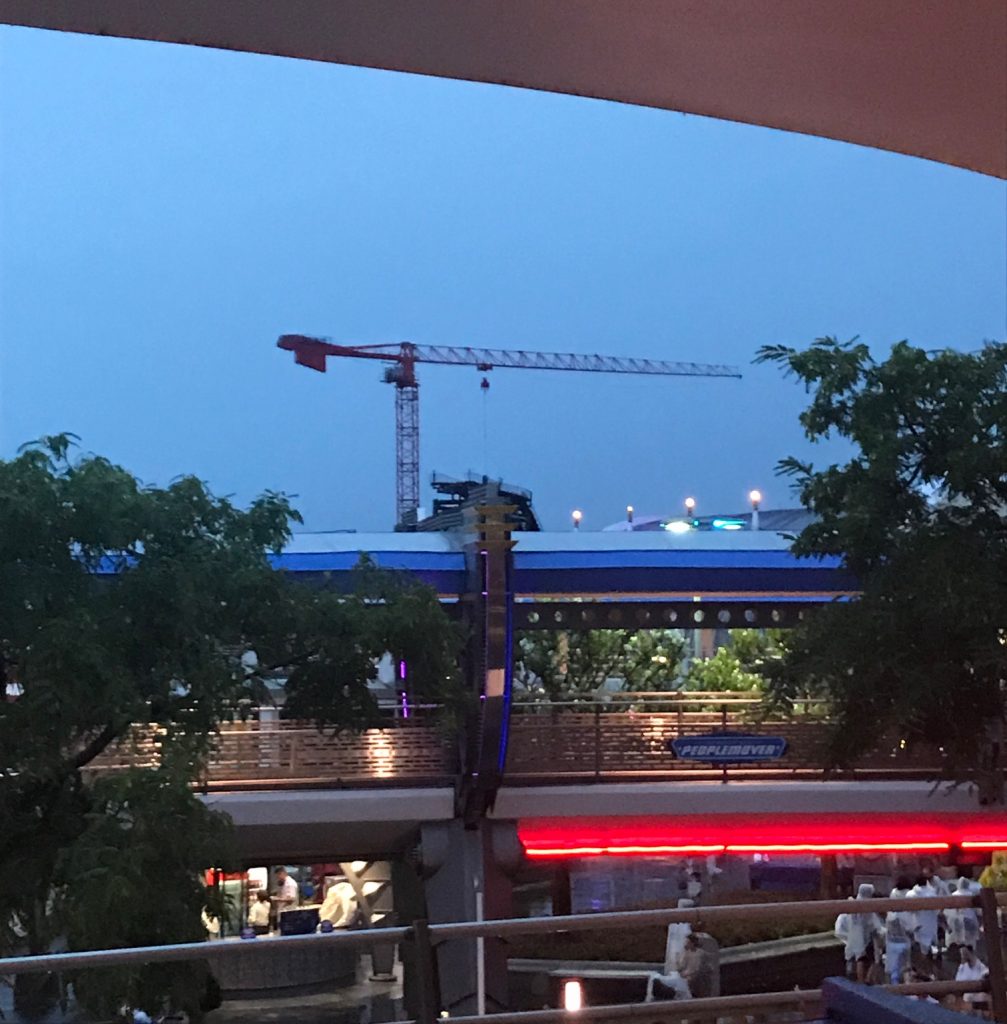 After a long period of clearing the site next to Space Mountain, construction crews have moved on to laying down the coaster track for the new ride, named Tron Lightcycle Power Run.

Most Magic Kingdom guests are getting views of the construction from the Tomorrowland Transit Authority PeopleMover. 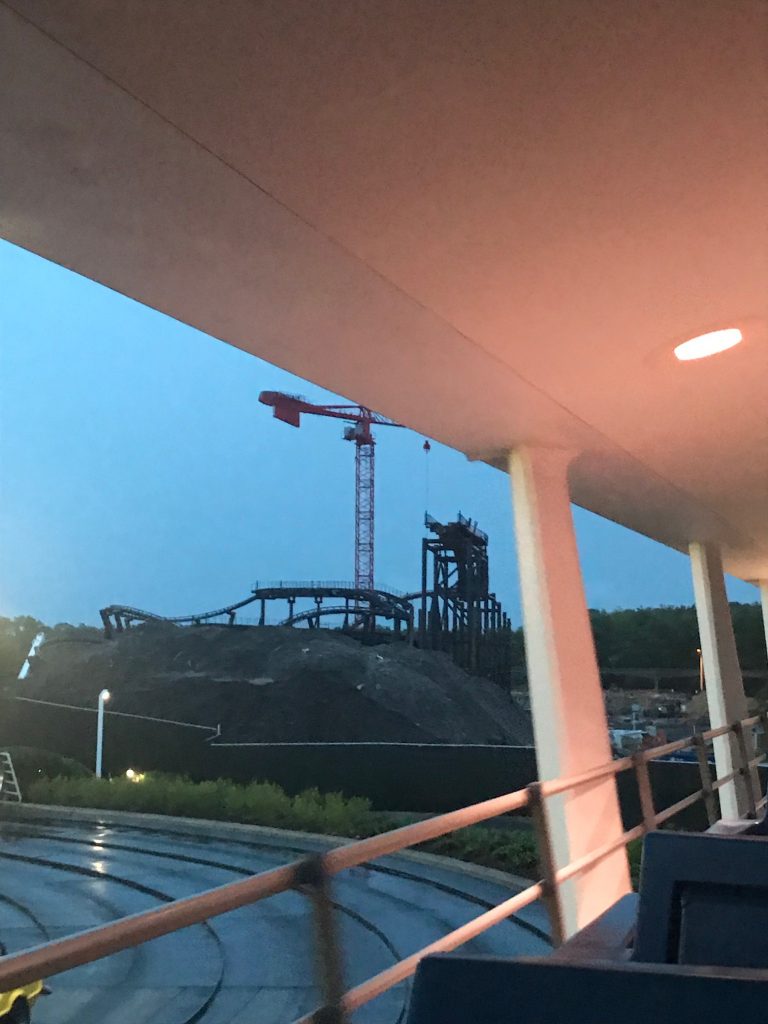 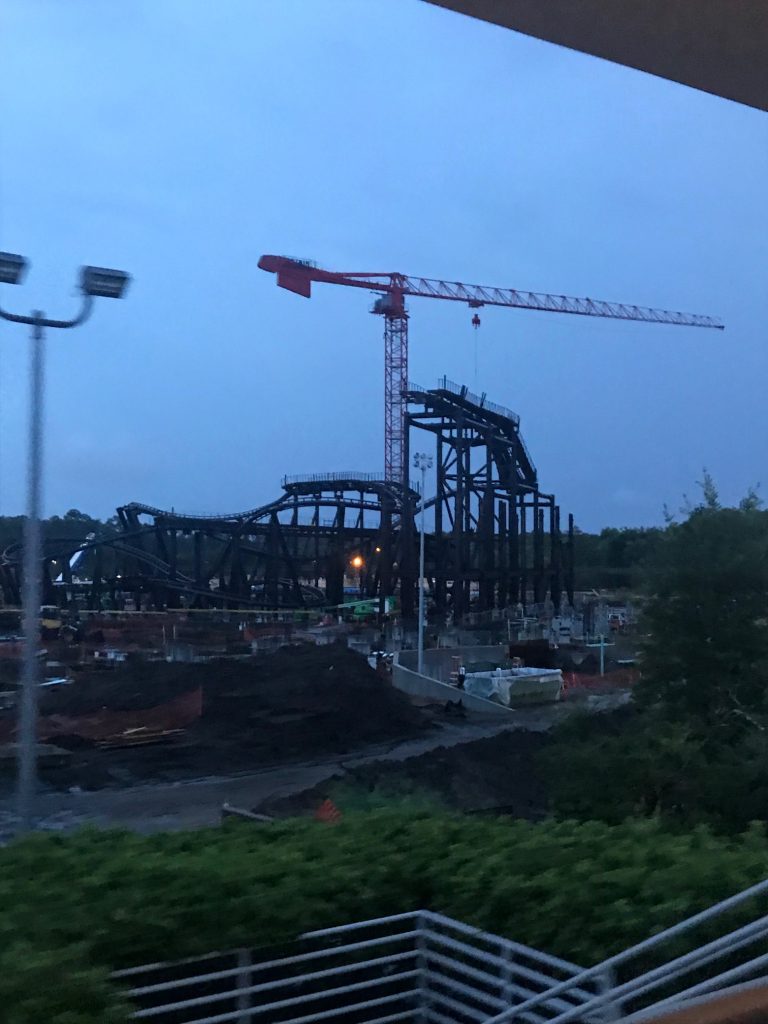 You can also get a clear view from the queue for the Barnstormer roller coaster in Storybook Circus — but that will require either waiting in line or having a Fastpass.

The Tron coaster is set to be Magic Kingdom’s major addition for Disney World’s 50th anniversary year in 2021. Its construction required temporary closures of two other attractions, one being the already-completed shortening of the Tomorrowland Speedway. The other is the Walt Disney World Railroad, which remains shuttered.