The Spring Break crowds have died down at Universal Orlando, but the excitement for Islands of Adventure’s next roller coaster has not.

Jurassic World VelociCoaster covers a lot of ground between Three Broomsticks and Popeye & Bluto’s Bilge-Rat Barges. This means that once you get through the Port of Entry, you’ll spot the coaster from across the lagoon.

Now that the VelociCoaster has been physically completed and they’re testing out the ride, the sights are only getting more impressive. 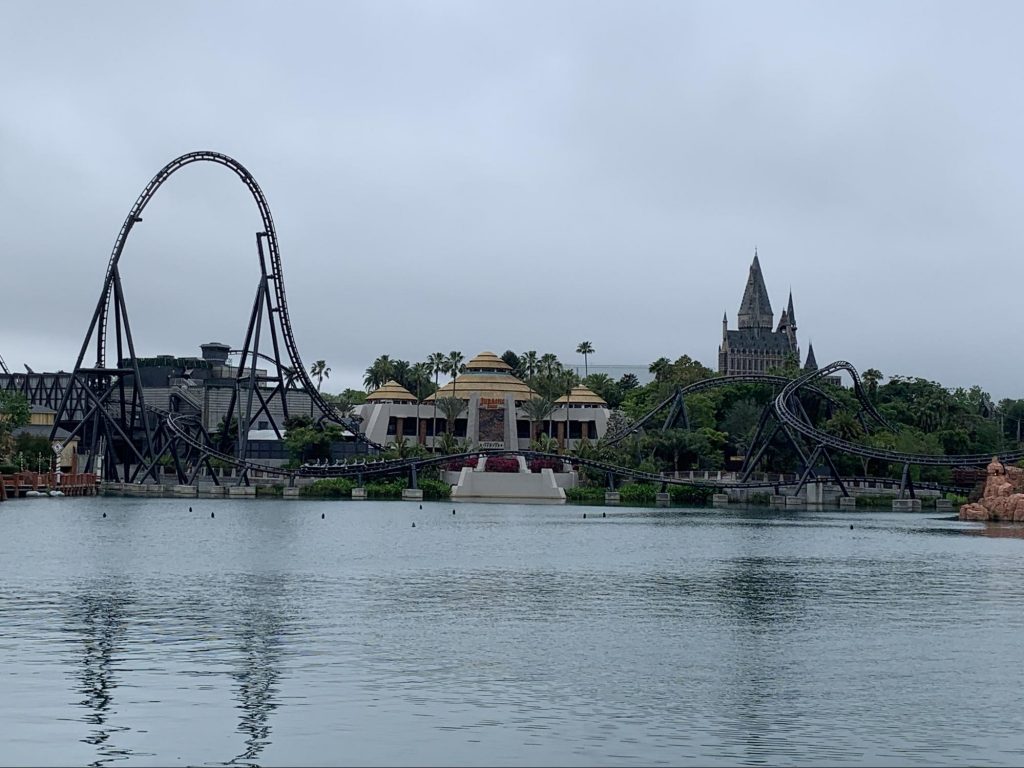 The view of VelociCoaster across the lagoon (Theme Park Tribune)

There are plenty of viewing spots for VelociCoaster before you get into the Jurassic Park area, including behind Mythos and the bridge to Hogsmeade. 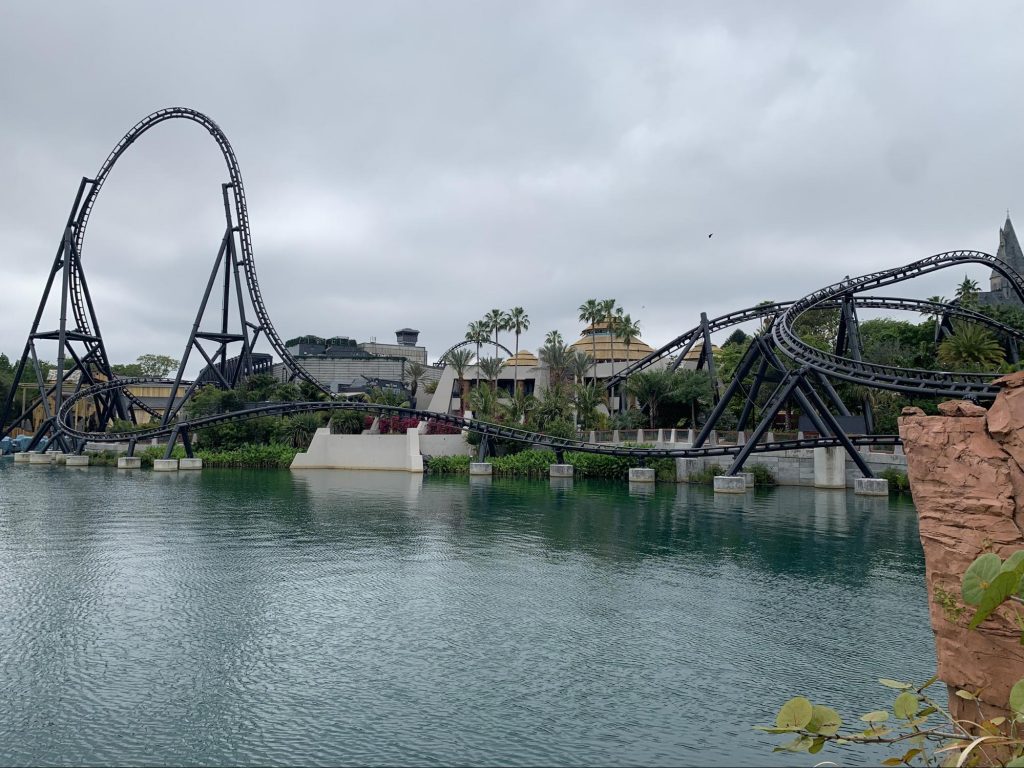 From the backside of Mythos (Theme Park Tribune) 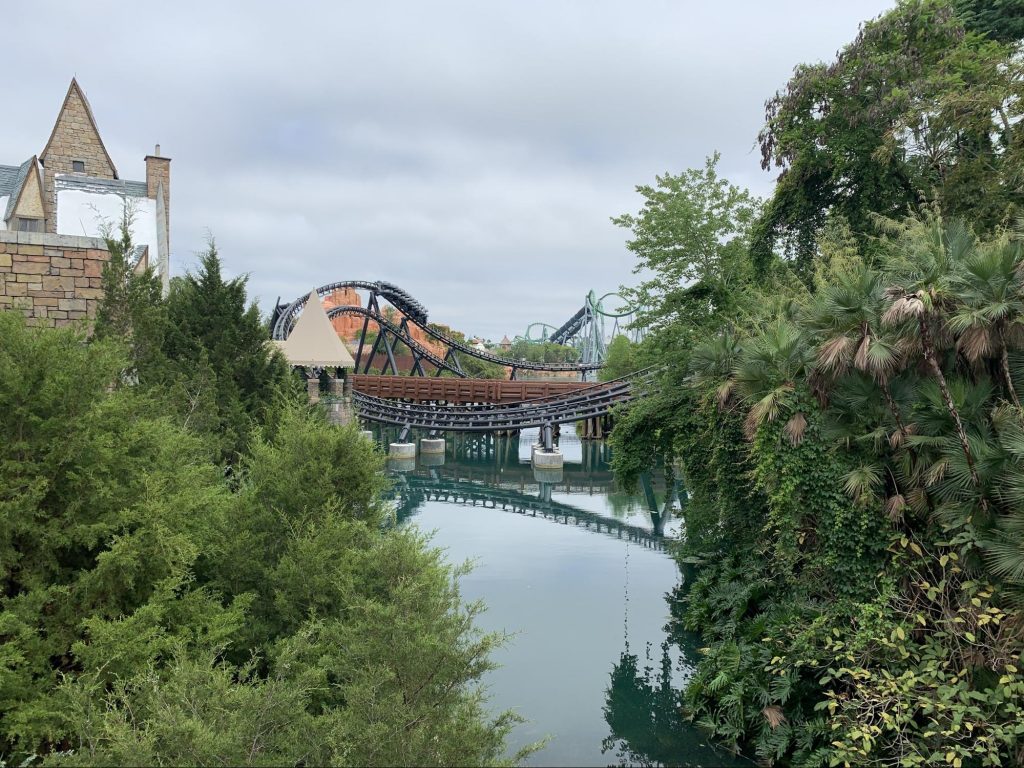 From the bridge to Hogsmeade (Theme Park Tribune)

Entering Jurassic Park proper, there is still work being done around the coaster, even if the ride itself is now complete. 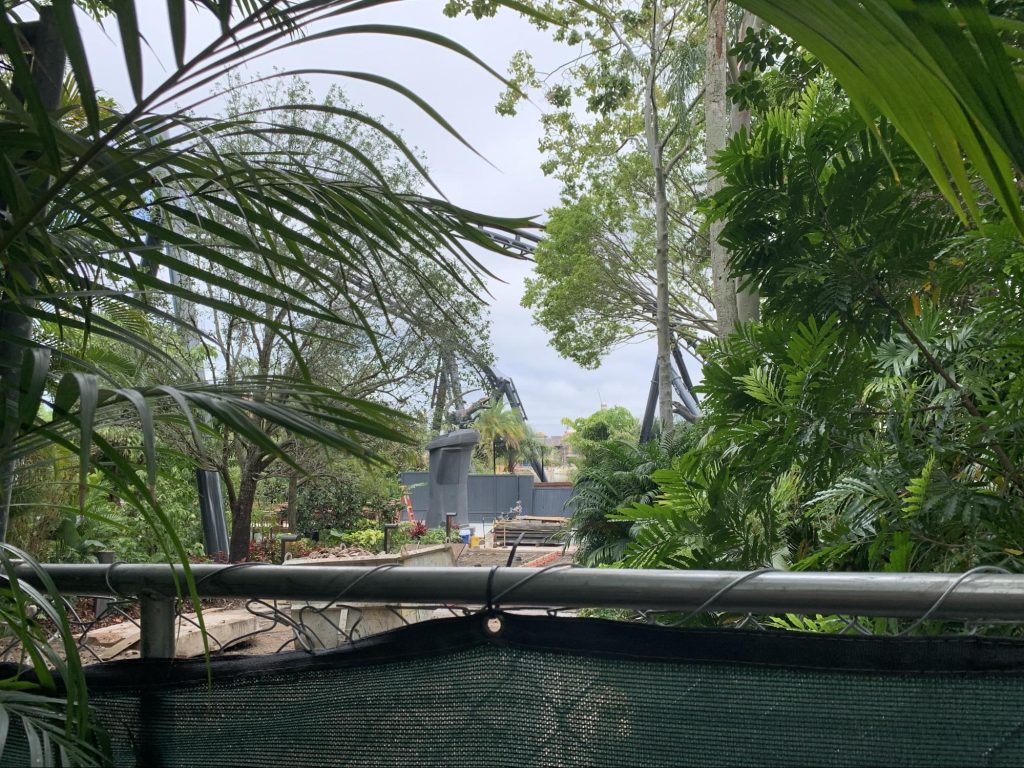 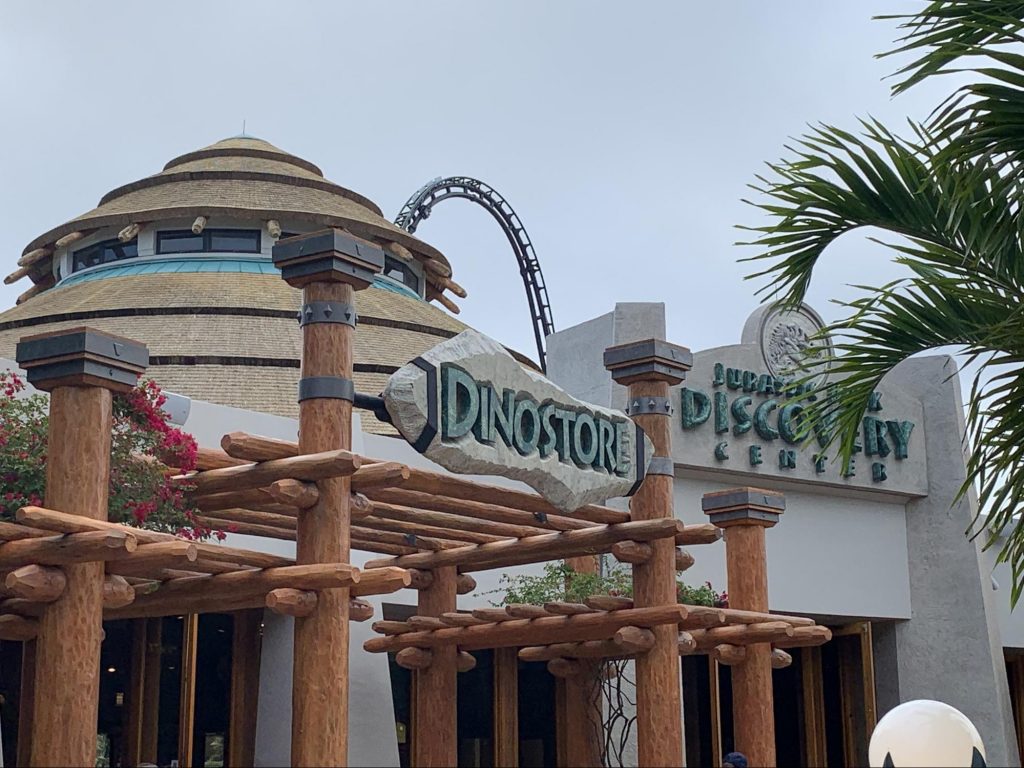 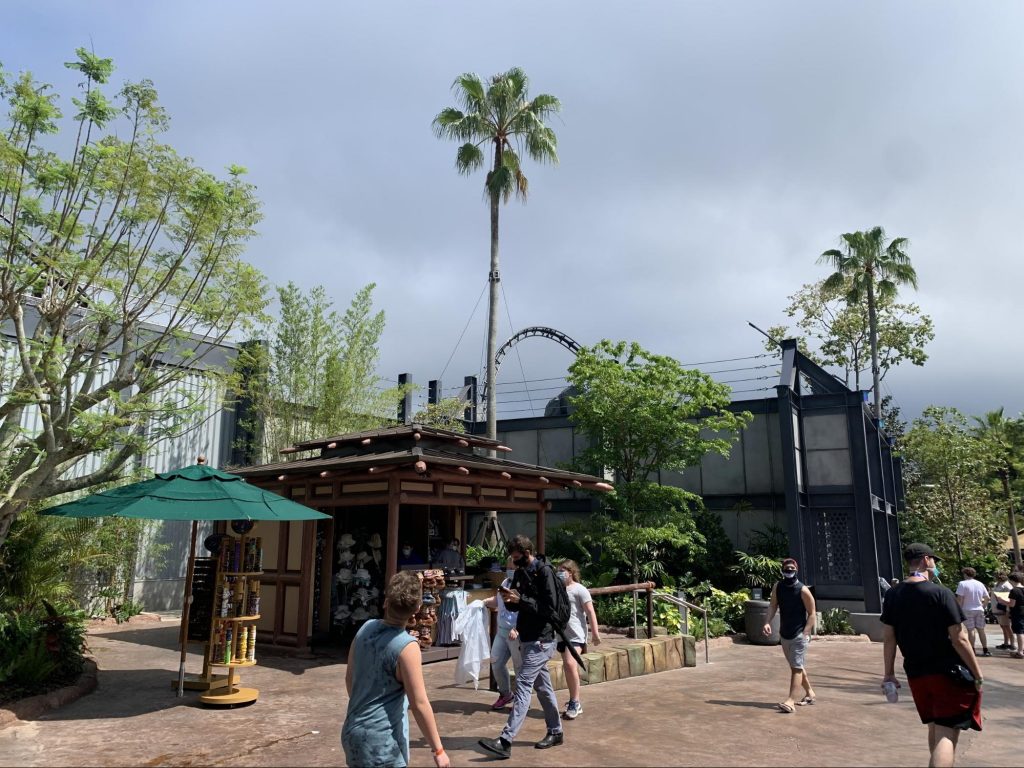 Getting closer to the raptor containment area (Theme Park Tribune)

This area of the park has changed drastically with the new attraction, with parts of the coaster visible though what looks like a raptor containment paddock from “Jurassic World.” 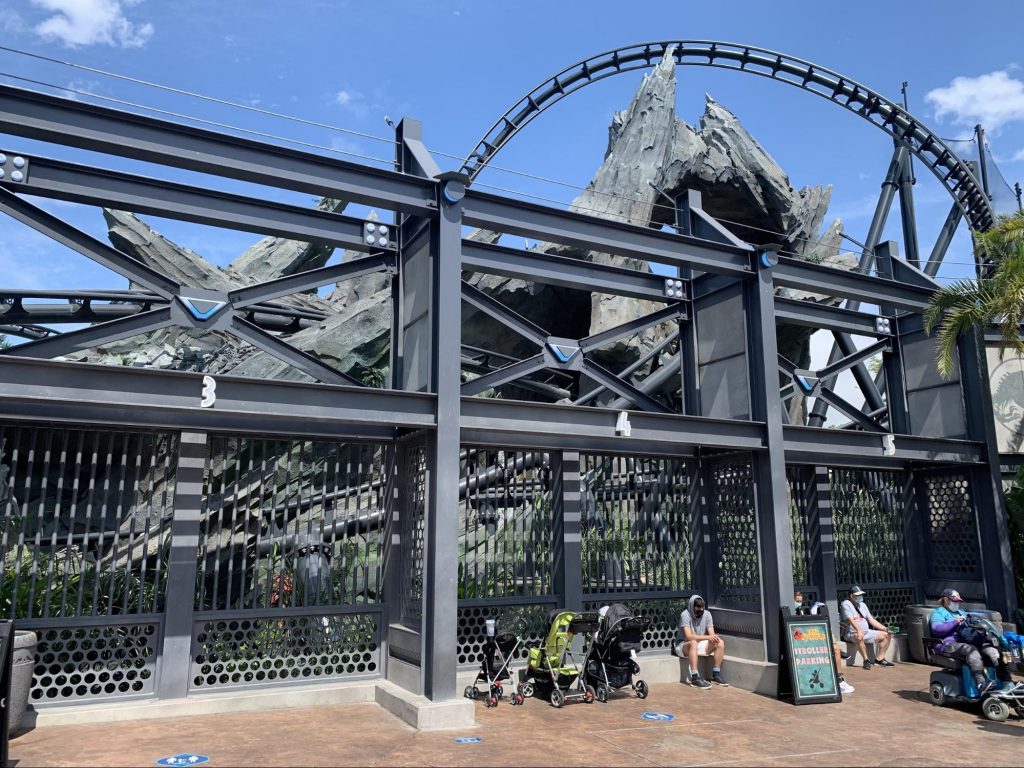 In front on the new VelociCoaster wall (Theme Park Tribune) 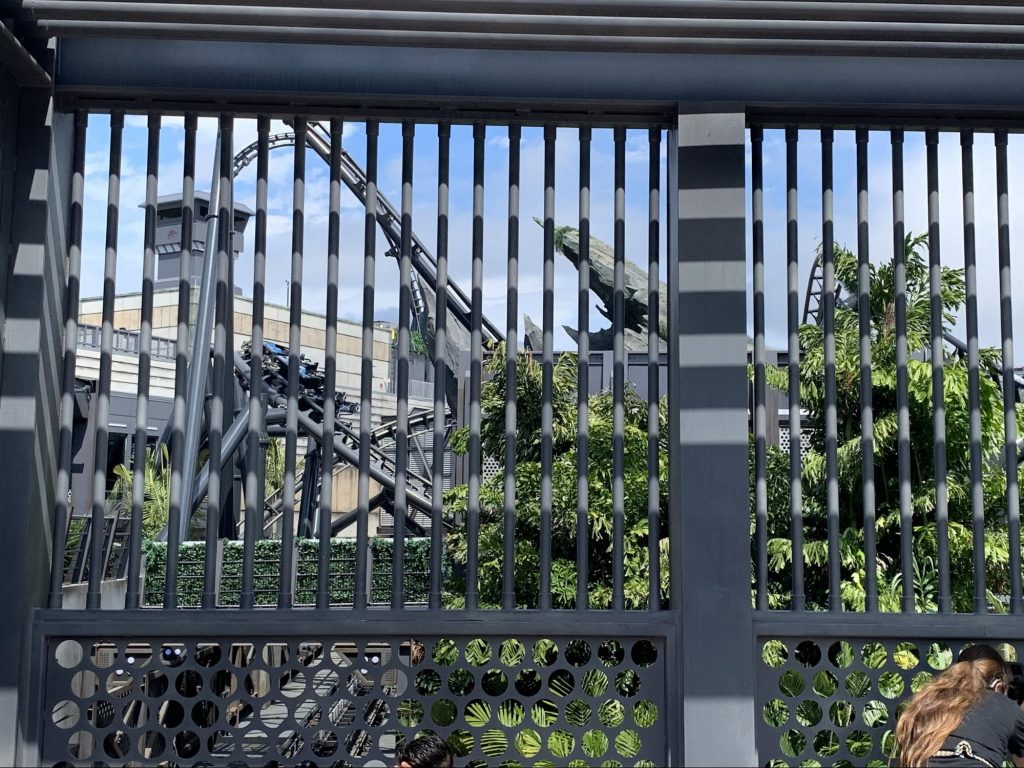 The coaster continues to test regularly, so there’s a good chance you’ll see it running during your visit to Islands of Adventure. 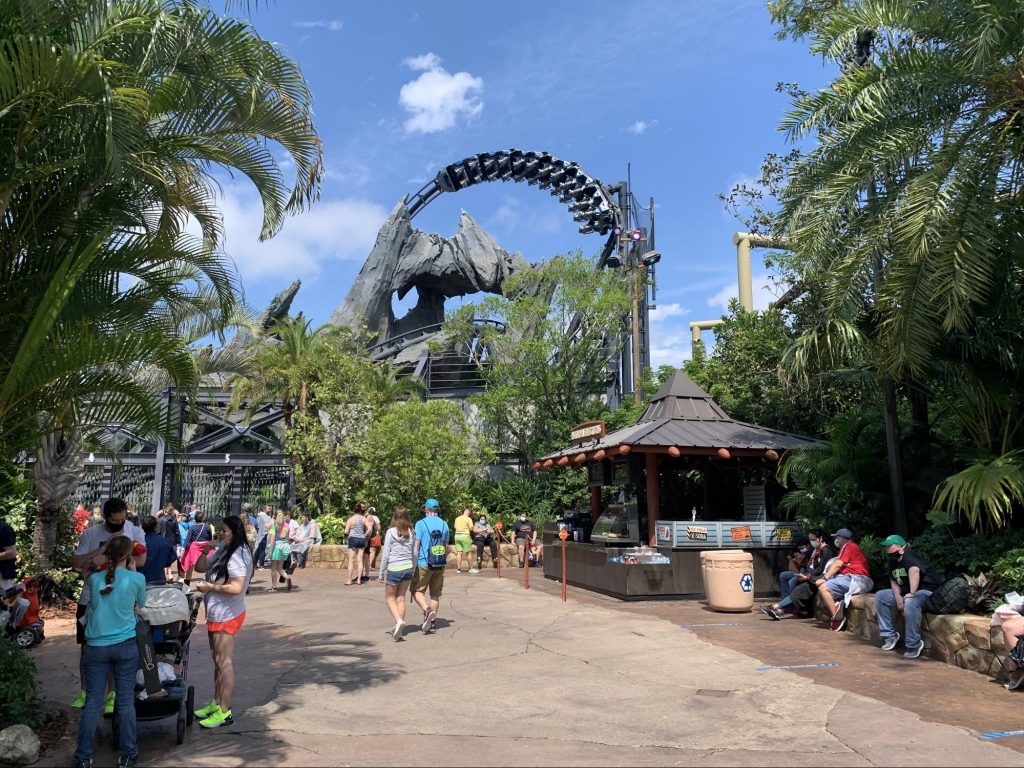 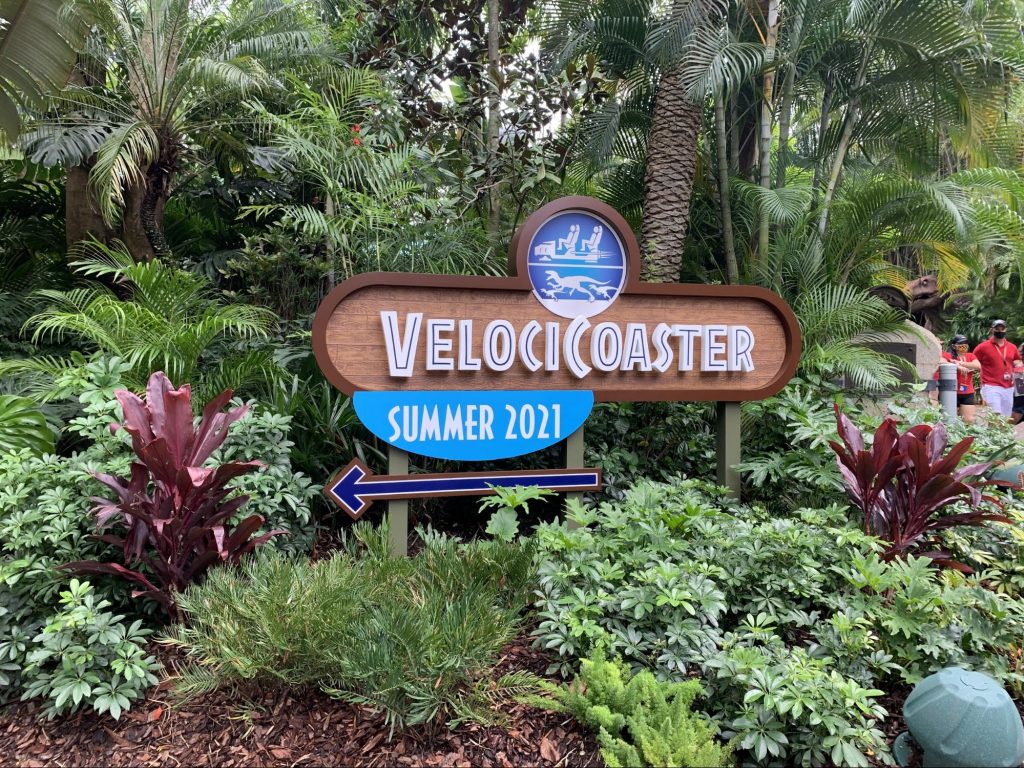 Pointing the way to the VelociCoaster queue (Theme Park Tribune)

Jurassic World VelociCoaster is set to open on June 10. Not only will it (hopefully) provide relief to the nearby Hagrid’s Magical Creatures Motorbike Adventure, but it will feature steepest coaster drop at Universal at 80 degrees. The 155-foot-tall coaster will feature two launches, including one hitting 70 miles per hour in 2.4 seconds.