Maybe the “c” in Epcot now stands for construction?

Visitors to Walt Disney World’s second theme park are bound to run into numerous construction walls, though the sheer size of Epcot helps to mask just how much of the space is being transformed.

For guests arriving via the new Disney Skyliner, one of the most interesting projects can be spotted before they even step foot in the park.

The Skyliner goes past the future site of Remy’s Ratatouille Adventure, an addition to the France pavilion set to open in summer 2020. Your view may be obscured if your Skyliner gondola features a character wrap. The pictures taken below were in such a car, where the only available view was through the unwrapped door (so pardon the slight glare). 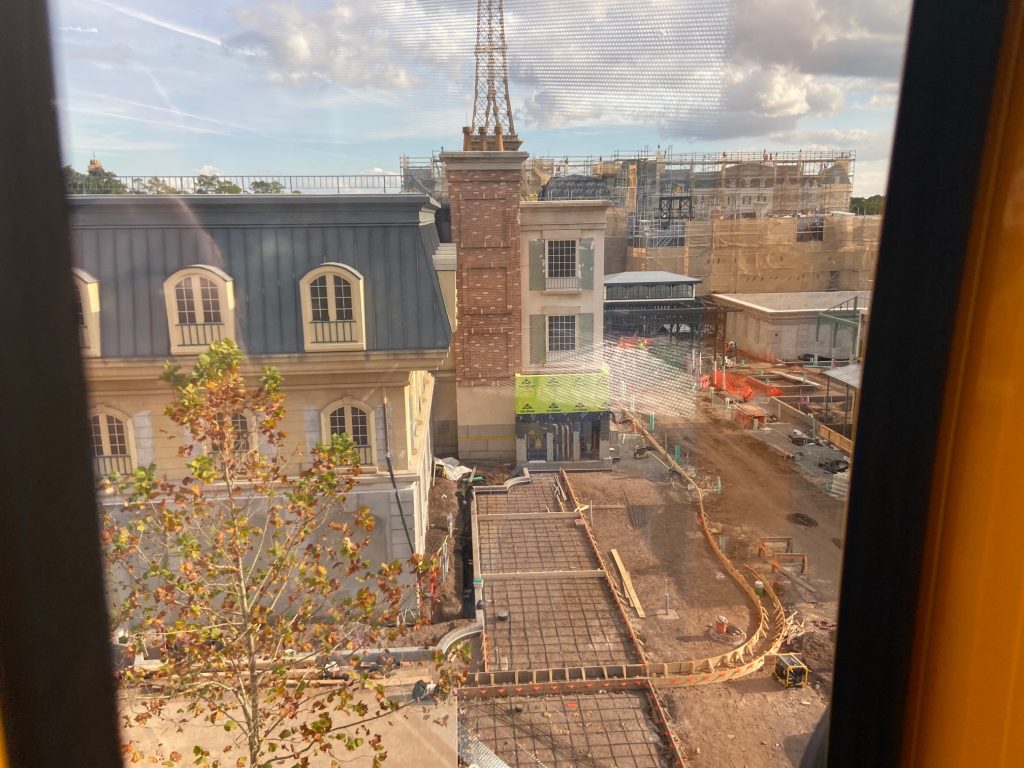 This area is behind the existing France pavilion (Orlando Rising) 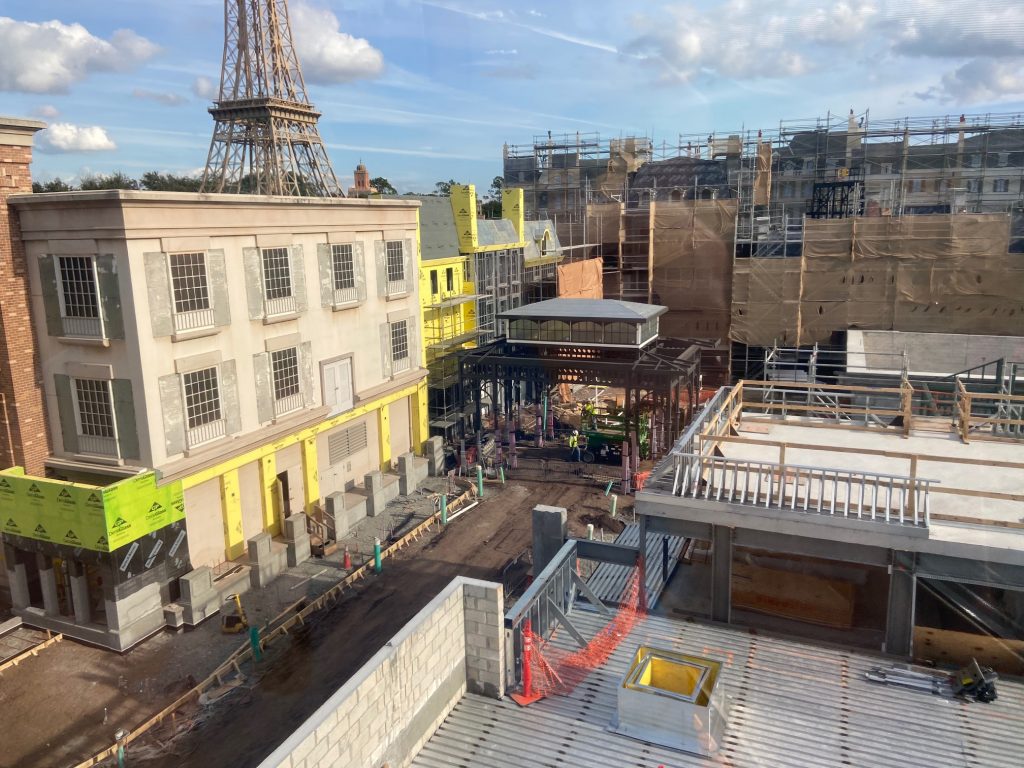 Work continues on the expansion to the France pavilion (Orlando Rising) 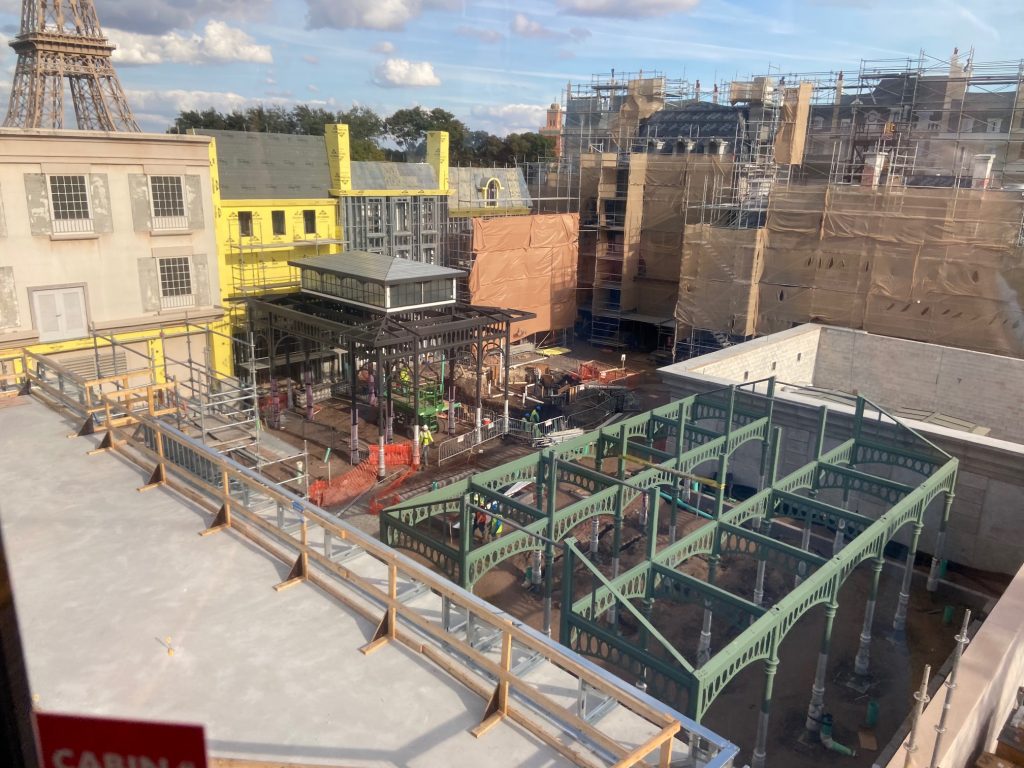 Along with the entrance to Remy’s Ratatouille Adventure, this area will feature a new creperie (Orlando Rising) 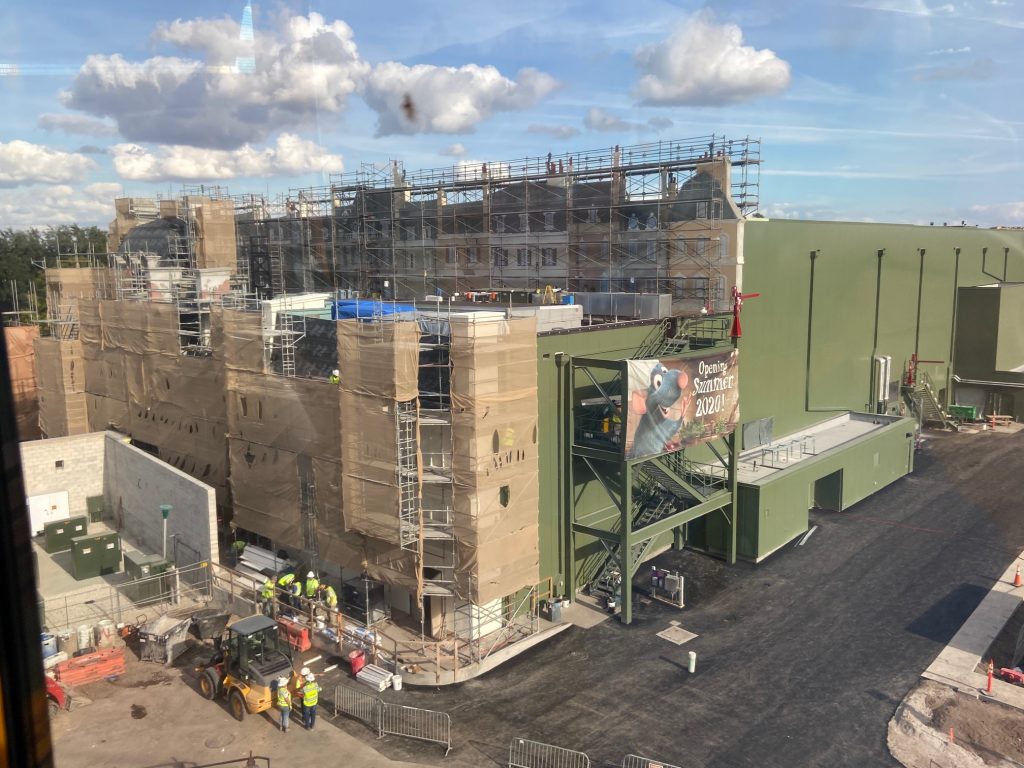 Besides Ratatouille, World Showcase is largely free of construction, save for this restroom facility just before you cross into Future World. 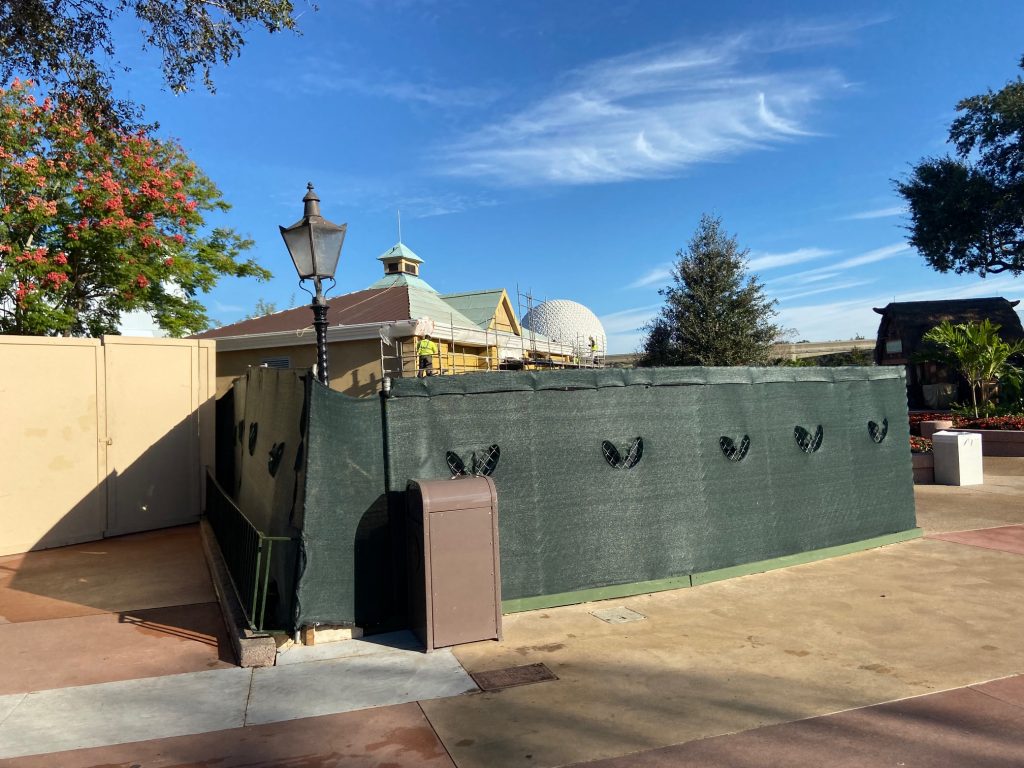 Future World is a different story. The hub behind Spaceship Earth is now filled with construction walls as crews continue to remove the former Fountain of Nations, the Fountain View Starbucks location and Innoventions West. 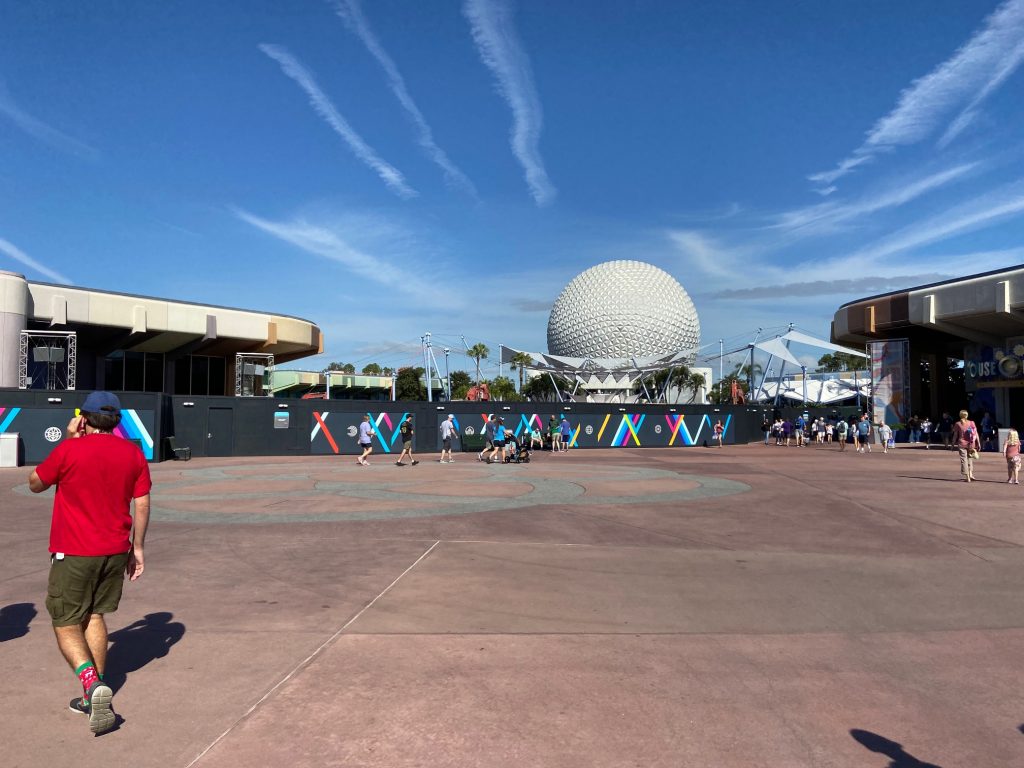 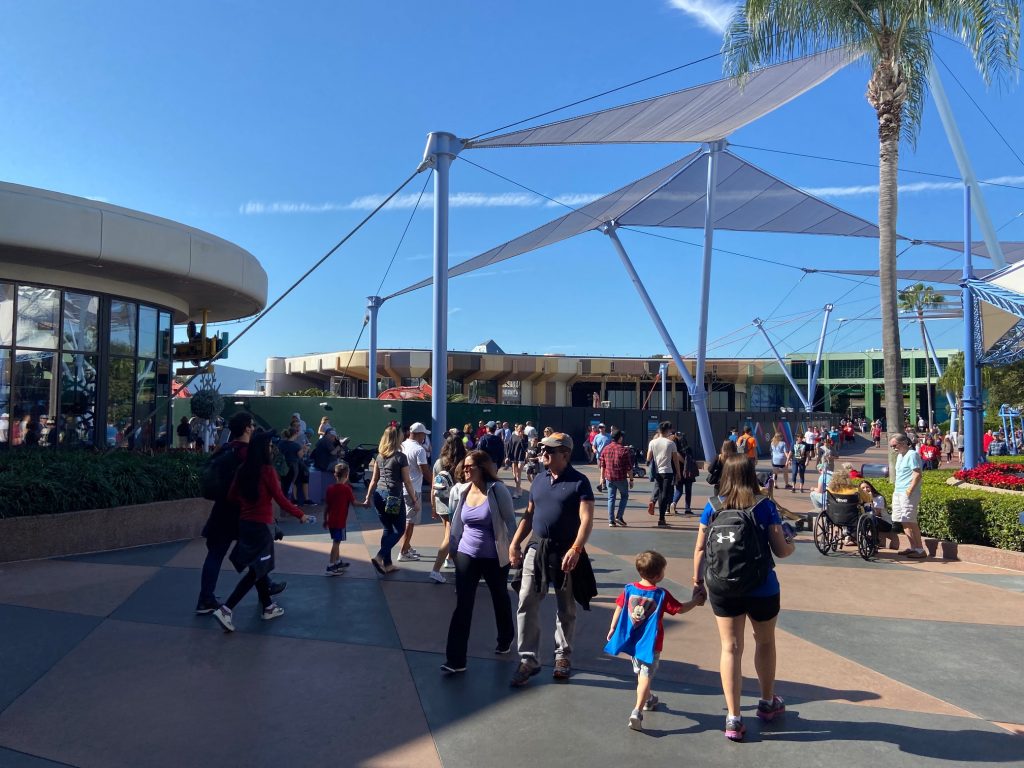 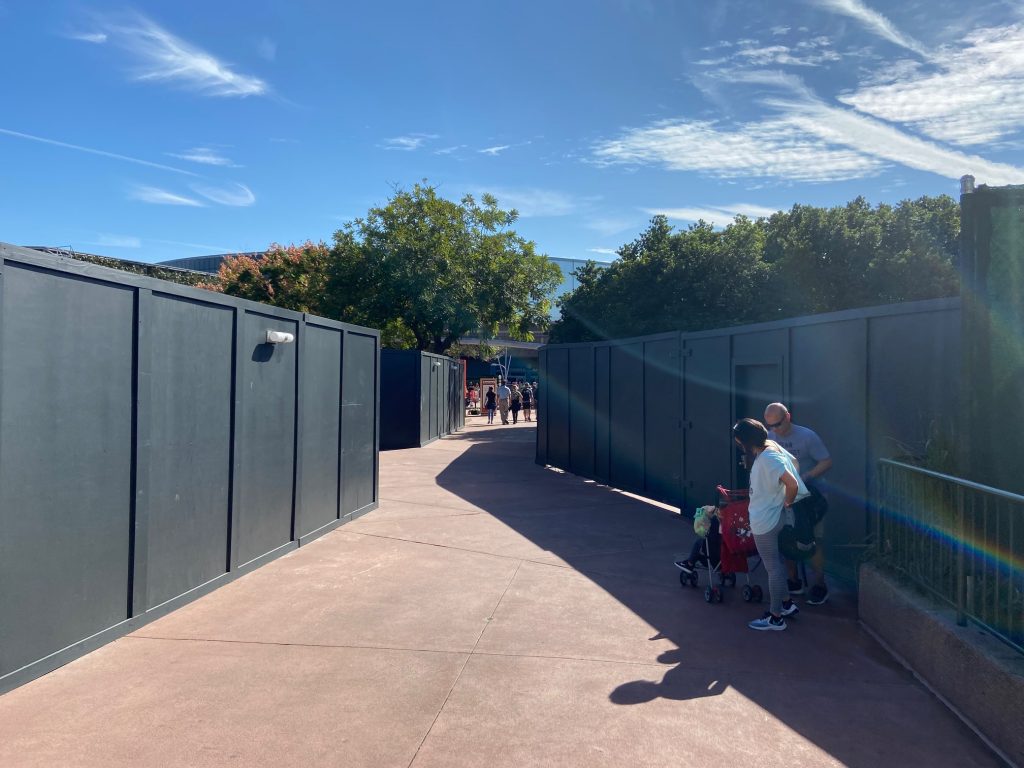 The construction can make for narrow, dull pathways (Orlando Rising)

Near Spaceship Earth, it’s possible to get a view of the former Universe of Energy building. This will house the queue and loading platform for the Guardians of the Galaxy: Cosmic Rewind roller coaster set to open in 2021. 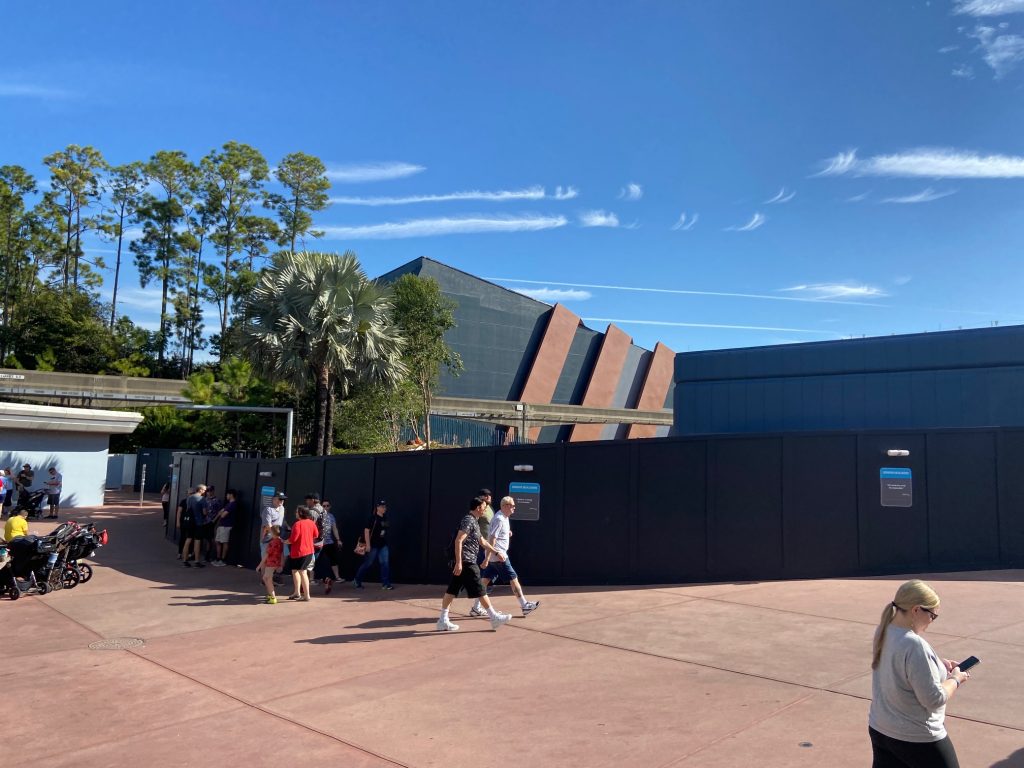 Cosmic Rewind is just one of several ongoing projects that have taken over the east side of Future World (which will eventually be known as World Discovery). Construction walls have now been pushed out, preventing guests from getting too close to either Cosmic Rewind or the former Wonders of Life building that will used for the Play! pavilion. 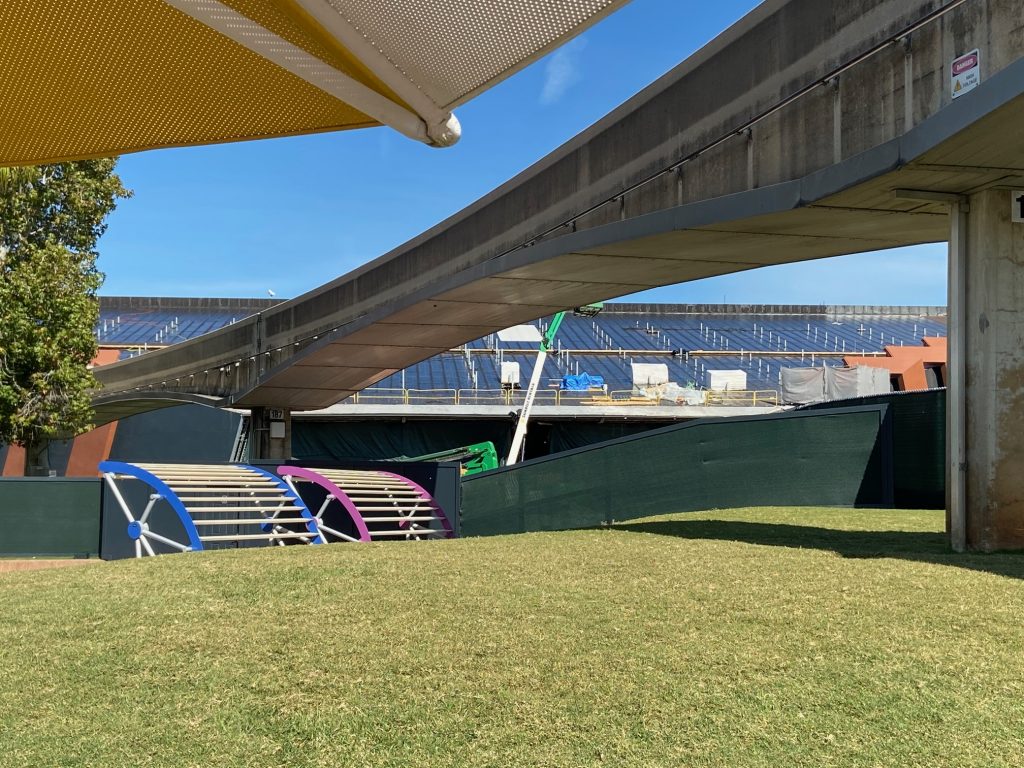 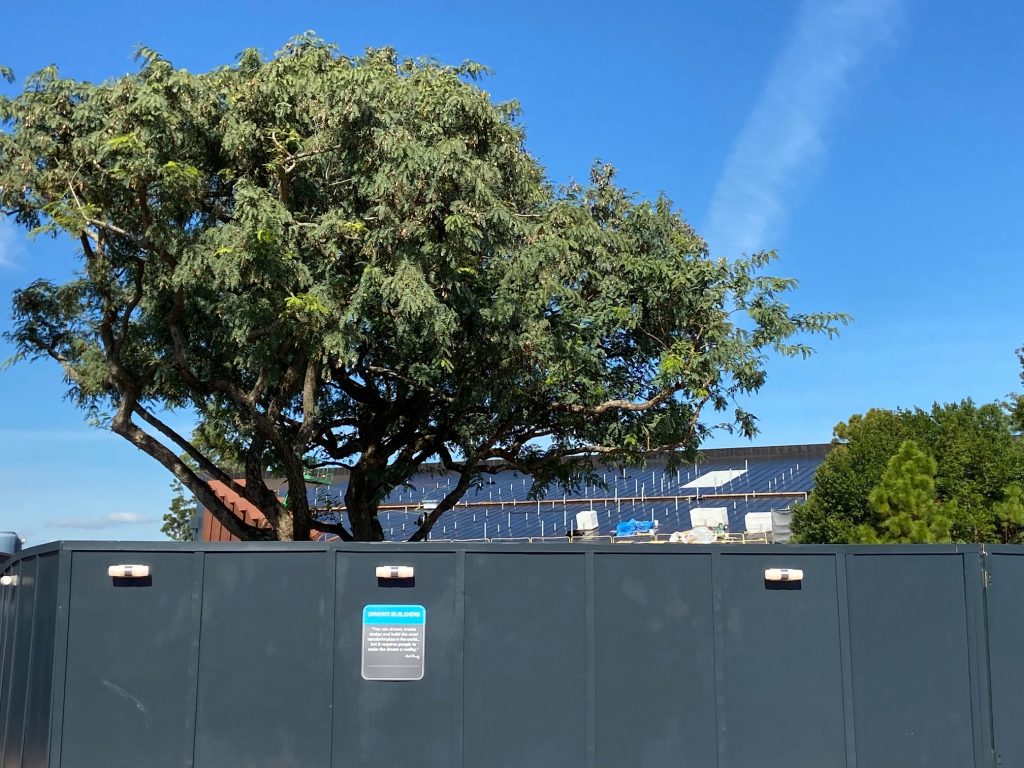 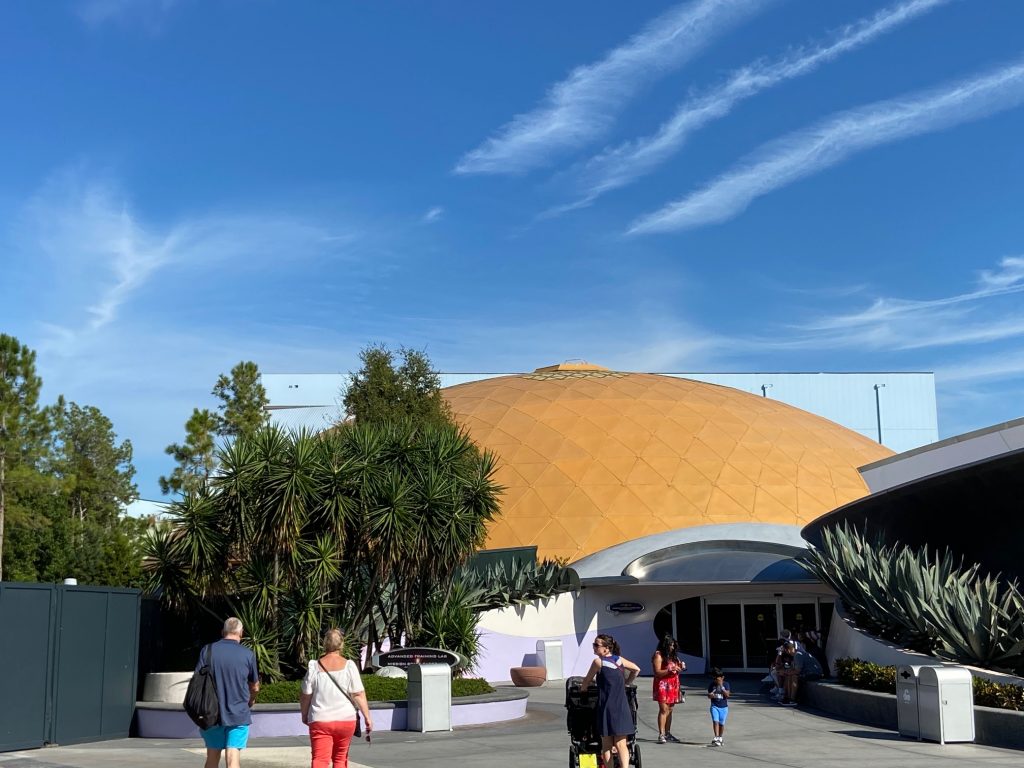 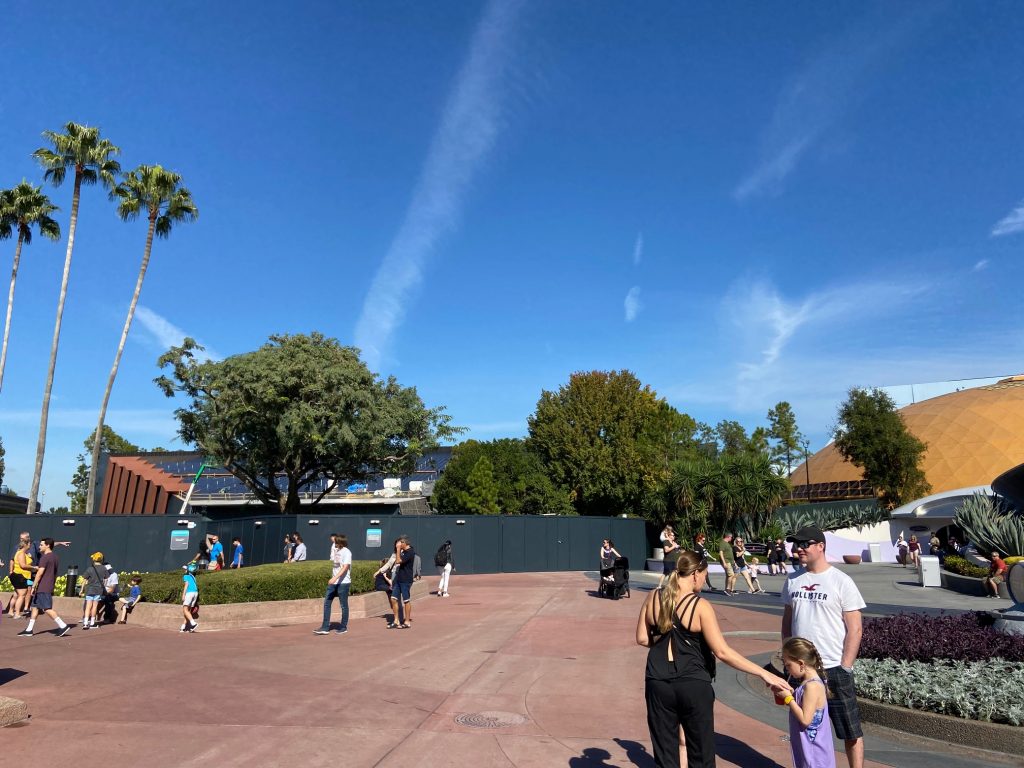 Another addition is visible from a dead end path next to Test Track. The green building seen below will house Space 220, the space-themed restaurant whose opening has been delayed to February 2020. 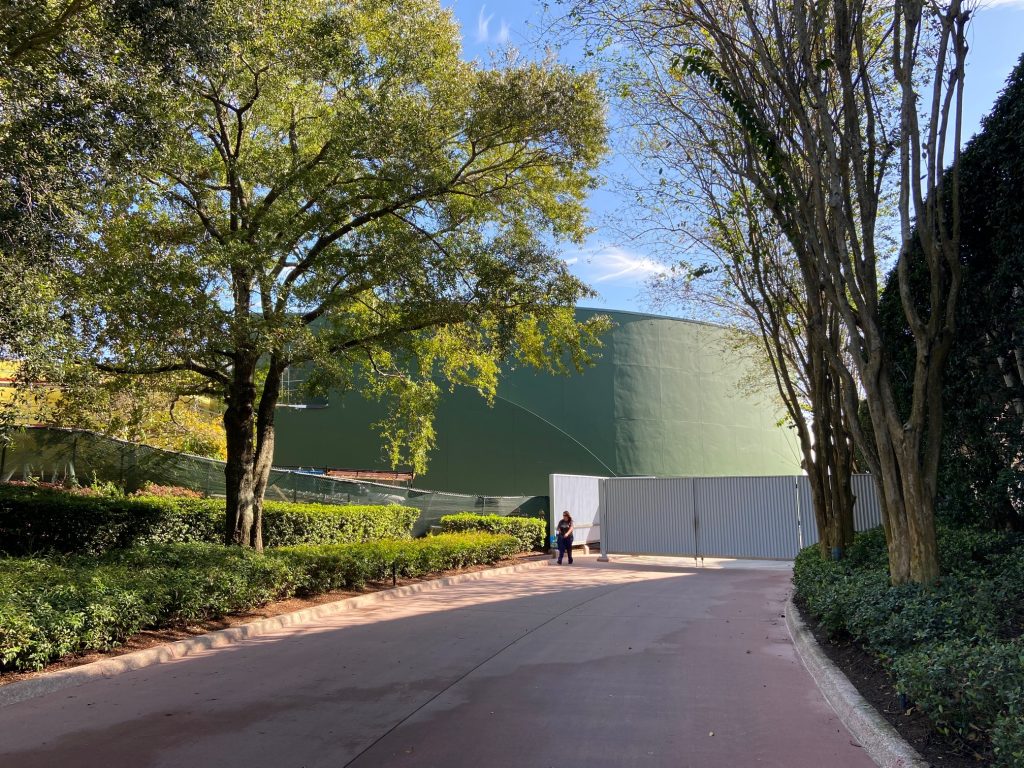