Epcot remains a maze of construction walls as it goes through its multi-year reimagining — which is being prolonged by the pandemic-induced slowdown in construction work at Disney World.

Old favorites like Innoventions and Electric Umbrella aren’t around anymore. All of Future World is (as of now) supposed to be reimagined into three distinct areas: World Discovery, World Nature, and World Celebration. 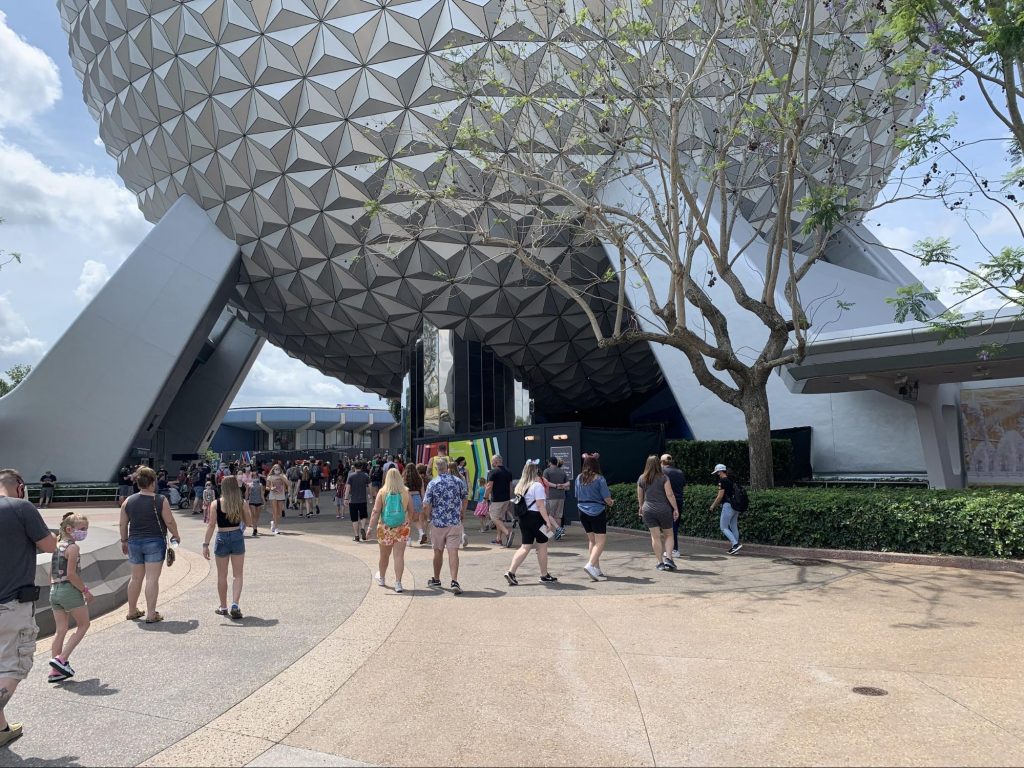 World Celebration would include the entrance to the park, from Spaceship Earth going straight back until you hit World Showcase. While the reworked entrance plaza has been open for months, the center of the area is still off limits, as guests have to choose to head towards The Land pavilion or Test Track once they reach Spaceship Earth.

Heading to the left, the future World Discovery area will be the home to Guardians of the Galaxy: Cosmic Rewind. This large indoor coaster will replace the old Ellen’s Energy Adventure when it opens in 2022. 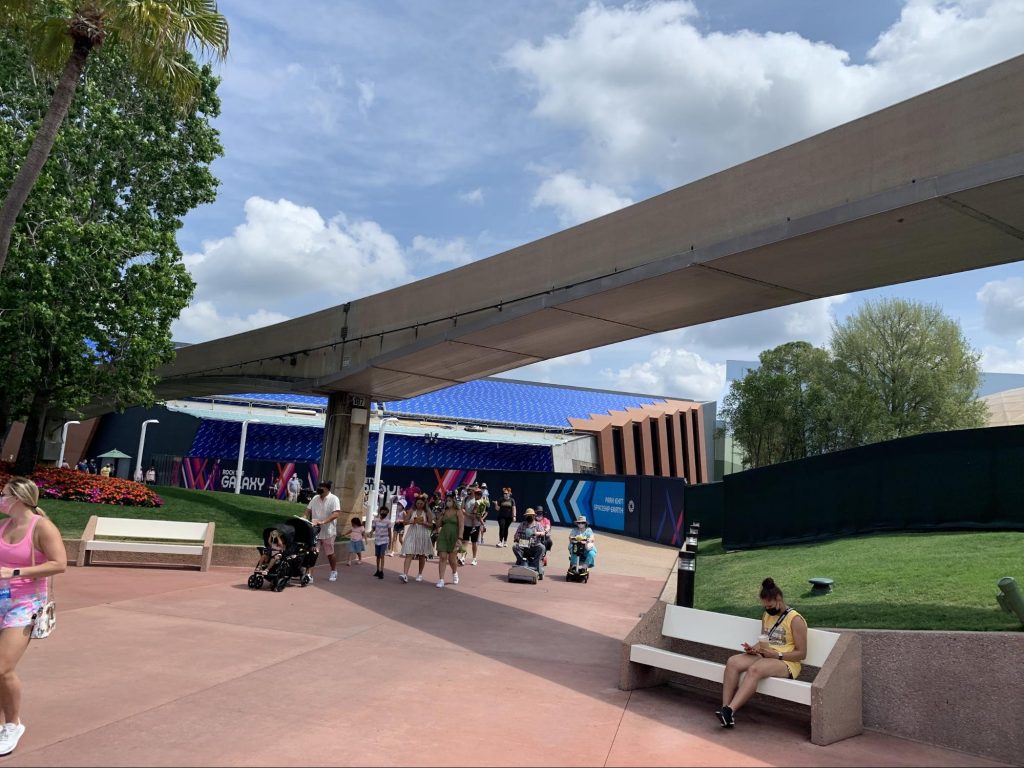 Construction at Guardians of the Galaxy: Cosmic Rewind in May 2021 (Theme Park Tribune) 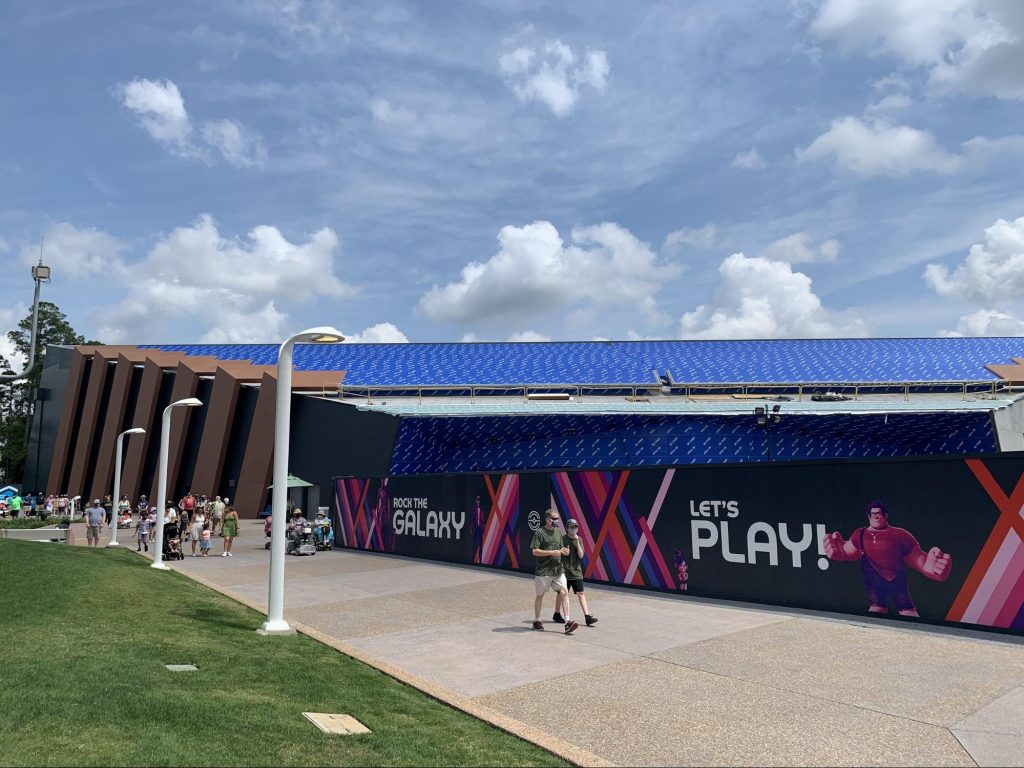 Construction at Guardians of the Galaxy: Cosmic Rewind in May 2021 (Theme Park Tribune)

Once you leave the current Future World, it’s hard to miss the barges for the “Harmonious” nighttime show being set up on World Showcase Lagoon. There’s no opening date announced for the show yet, as all nighttime spectaculars have been paused during the pandemic. 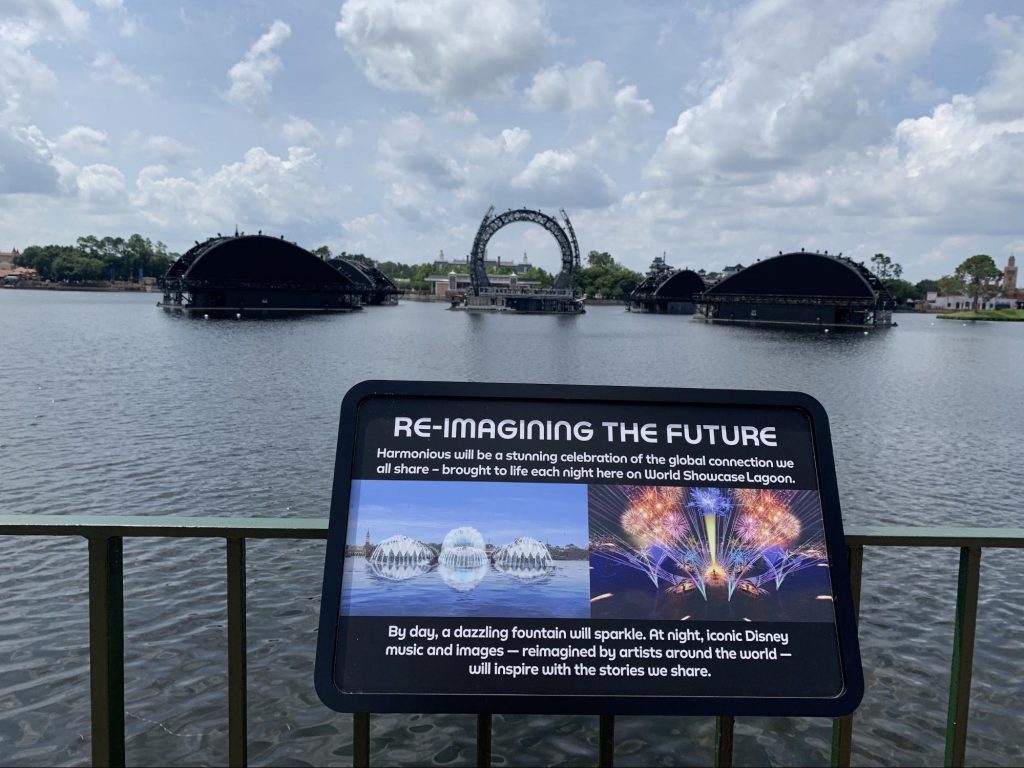 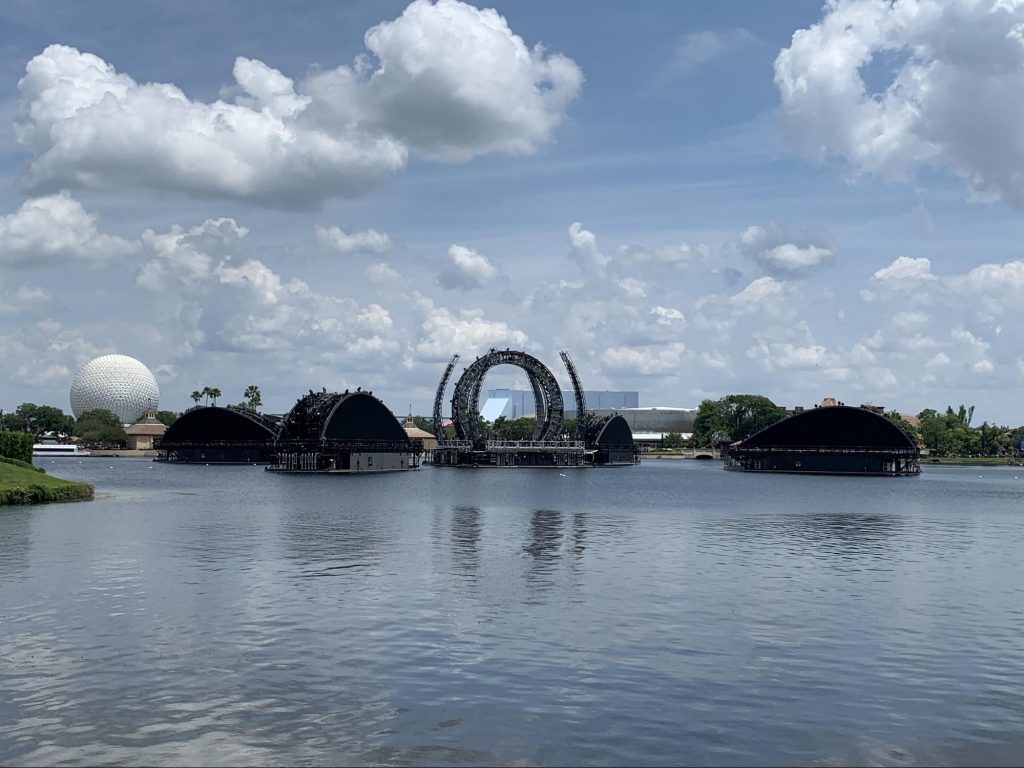 Disney has said these will be covered during the day by water fountains. That would take a lot of water (Theme Park Tribune) 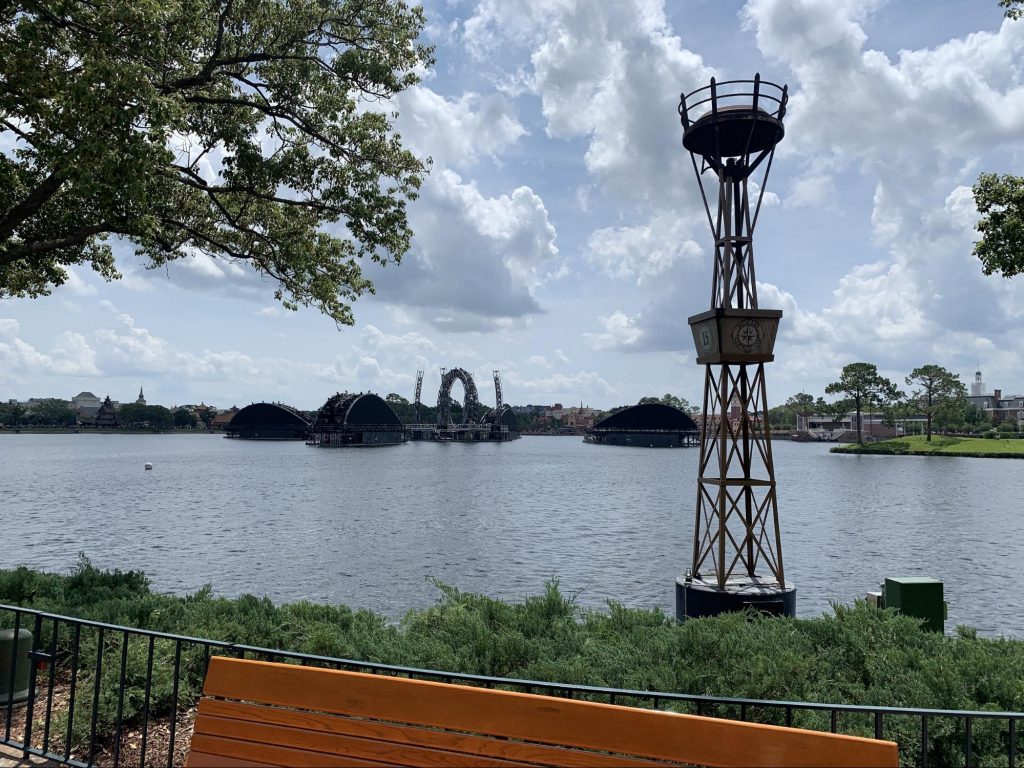 Further back in World Showcase, the expansion to the France pavilion looks ready to go. However, the centerpiece of this new area, the Remy’s Ratatouille Adventure trackless dark ride, isn’t supposed to open until Oct. 1, the 50th anniversary of Disney World’s opening day. 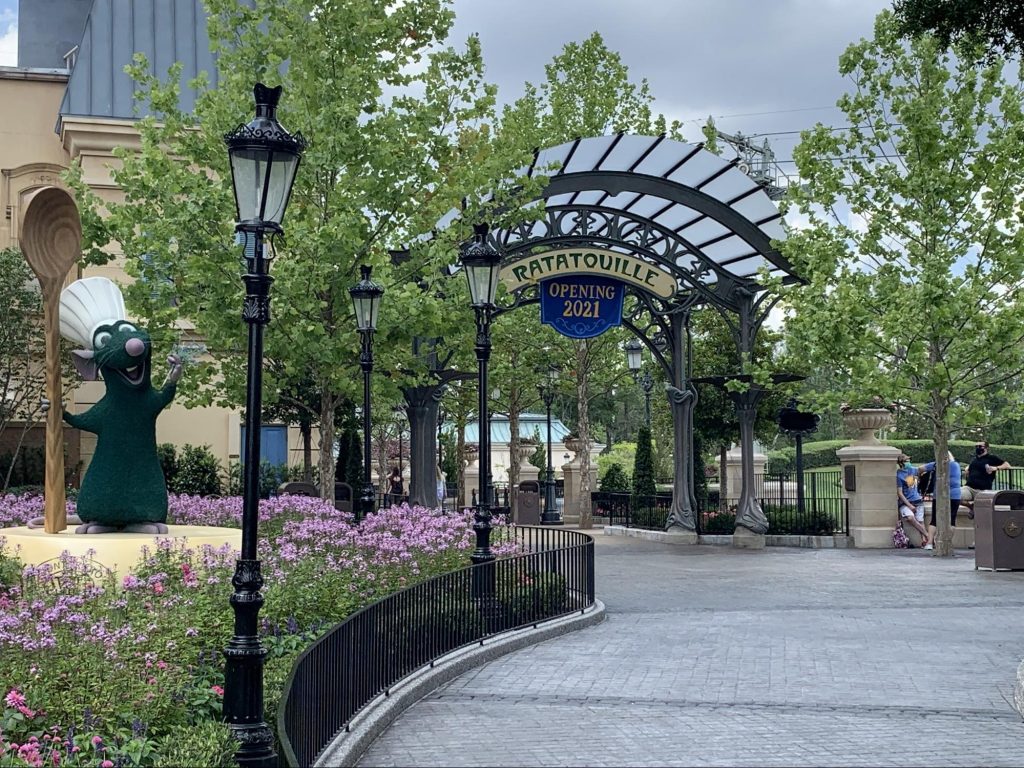 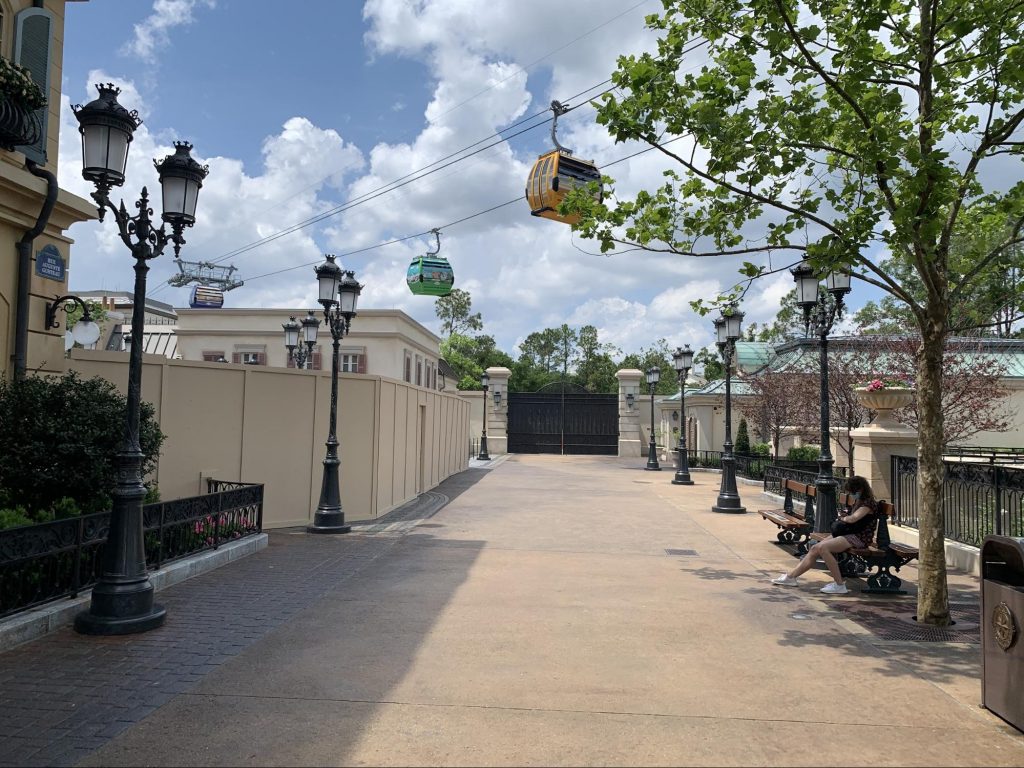 You can walk back to the expansion area, but there’s not much to see (Theme Park Tribune) 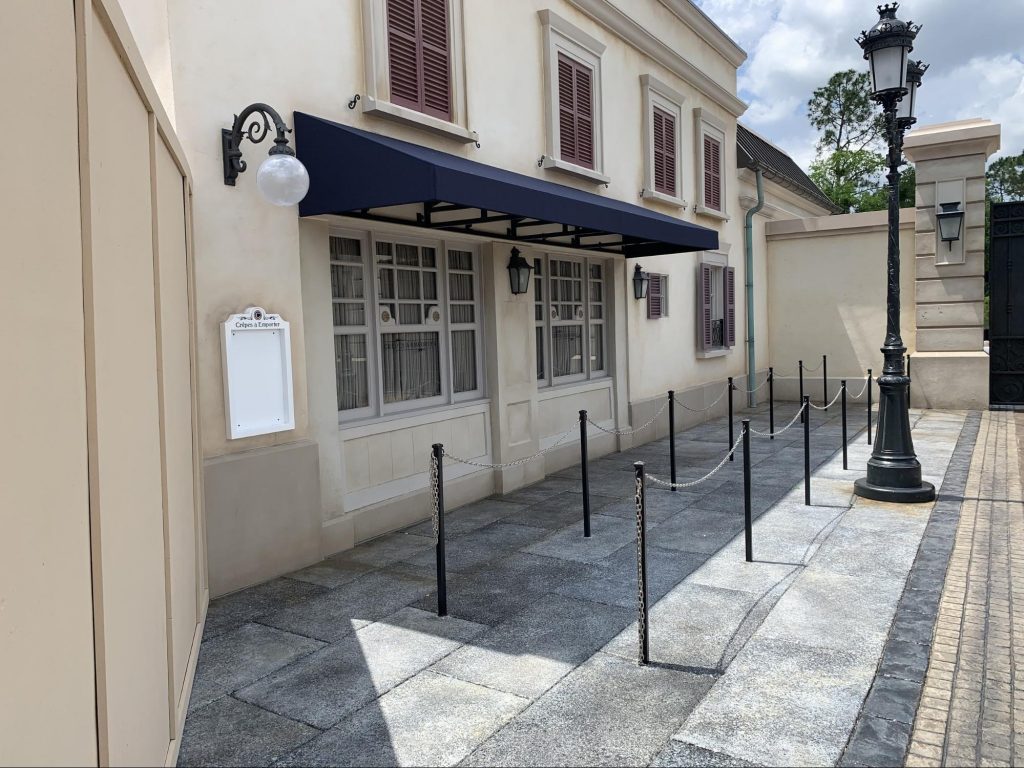 The expansion will include a new crepe stand (Theme Park Tribune) 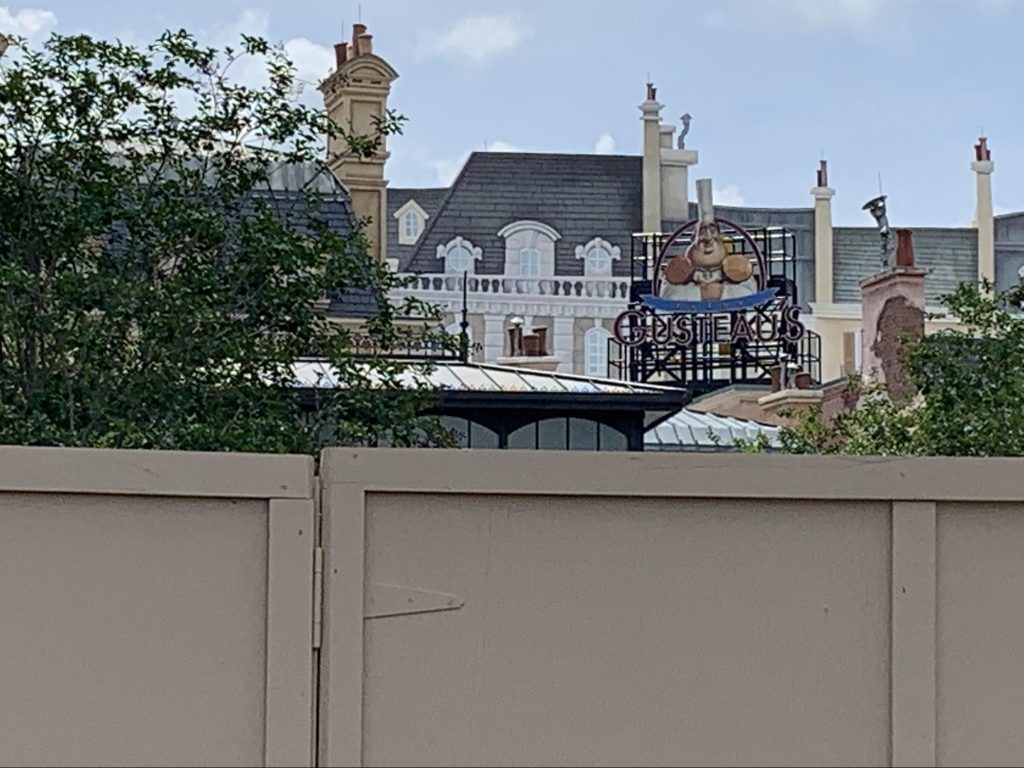 Epcot currently has so much construction that it can be a bit difficult and intimidating to navigate. Still, there is a lot to be excited about throughout the park, and by the time the literal dust has settled, Epcot will hardly be recognizable.