A PETA-commissioned poll found that 68 percent of parents—the key demographic for theme parks —said they would be “more likely” to visit SeaWorld if the orcas were moved to seaside sanctuaries.

The poll was released a week before SeaWorld Orlando’s planned debut of its new dolphin show, which continues to use sea mammals doing tricks for food.

SeaWorld Entertainment has faced a steady decline in visitors, stock prices and ticket sales and following a public outcry agreed last March to a PETA request to stop breeding orcas at their theme parks.

The new “Dolphin Days” replaces its “Blue Horizons” dolphin show, which ends Friday. It is the seventh dolphin show in SeaWorld’s history. The new show begins Saturday and has an environmental spin but still has SeaWorld trainers riding dolphins and giving treats for their performances.

“There’s nothing educational about watching dolphins perform tricks in tanks of chemically treated water,” said Stephanie Shaw, corporate liaison for PETA in Los Angeles. “SeaWorld is teaching people that dolphins are here to ride on.”

Shaw said SeaWorld should follow the lead of the National Aquarium in Baltimore, which announced last June that they plan to build a seaside sanctuary, where they will move all eight of their Atlantic bottlenose dolphins by the end of 2020.

“Seaside sanctuaries are an issue that is growing in awareness,” Shaw said. “Now we have the data to demonstrate that nearly 70 percent of the people polled want SeaWorld to return their animals to seaside sanctuaries. SeaWorld needs to listen to what the public is saying.”

Messages about education and environmentalism are replacing the animal entertainment trend that has long been SeaWorld’s signature. SeaWorld’s killer-whale shows also will be getting a new look by the end of 2019 with a new production that will focus less on tricks and more on natural behaviors.

SeaWorld CEO Joel Manby has said that while the company will no longer breed orcas, they have no plans to move their remaining killer whales or dolphins to seaside sanctuaries.

SeaWorld employees were shown a dress rehearsal of the “Dolphin Days” show Thursday. Nine dolphins and nine trainers were included in the show. 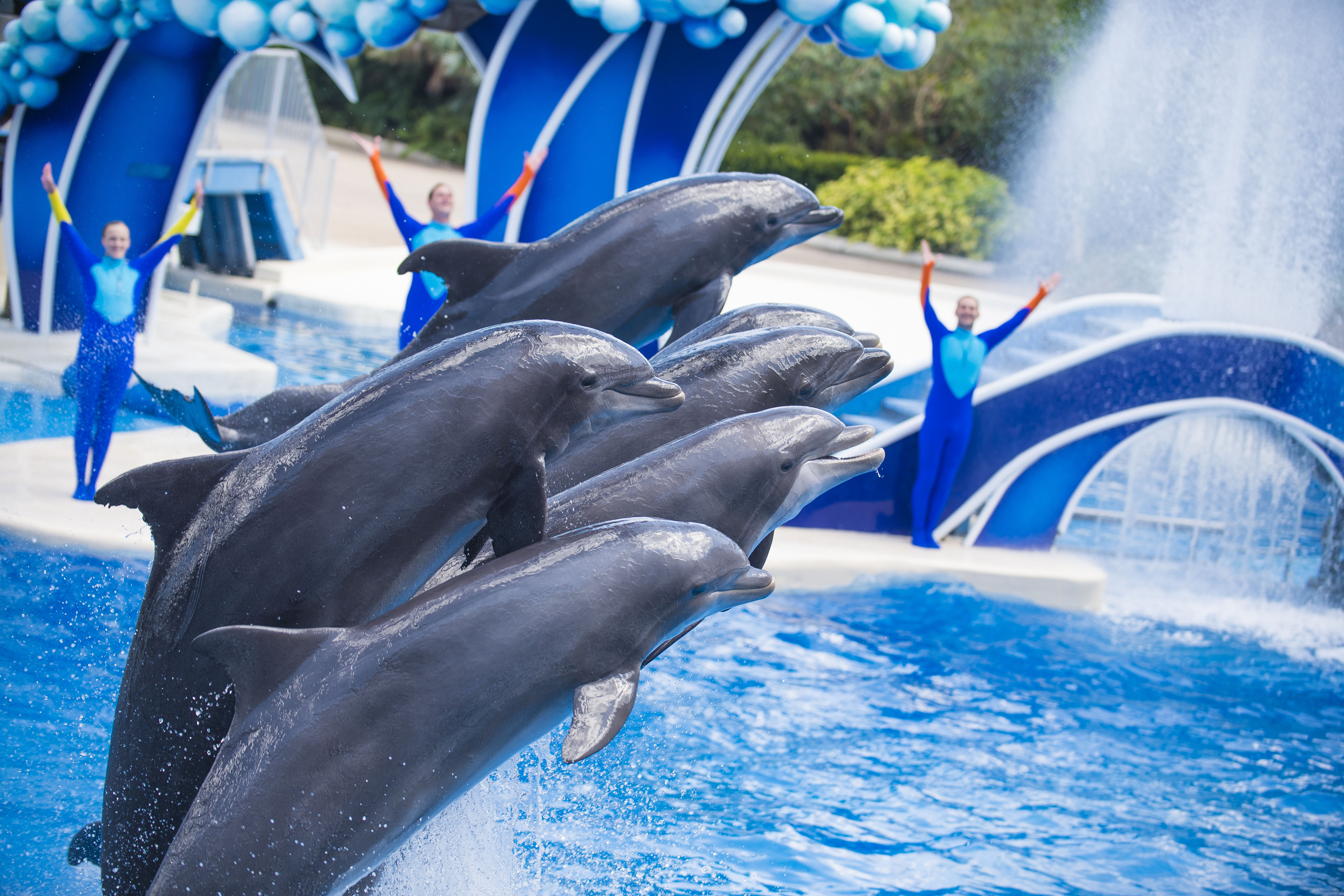