A preliminary report into a 14-year-old’s death on the Orlando Free Fall drop tower ride at Icon Park said a ride operator’s “misadjustment” to the victim’s seat and safety sensors caused the accident.

The report forensic engineering firm Quest Engineering & Failure Analysis, which was commissioned by the Florida Department of Agriculture and Consumer Services to investigate the circumstances behind the fatal fall of 14-year-old Tyre Sampson.

The 14-page report, credited to Quest chief engineer G. Bryant Buchner, said there was no evidence of physical or mechanical failure. Instead, it detailed unsafe conditions created by an unnamed ride operator. According to the report, the safety sensors had been manually adjusted to allow for the over-the-shoulder restraints in Sampson’s seat to have an unsafe gap of 7 inches between the seat and the bottom of the harness. In all but one other seat, the harness gap was an average of 3.33 inches. Another seat next to the one where Sampson had been sitting was also improperly adjusted, the report said.

This extra space — which may have expanded to as much as 10 inches during the ride — allowed Sampson to slip through the gap when the ride’s brakes activated during its descent, the report said.

“The cause of the subject accident was that Tyre Sampson was not properly secured in the seat primarily due to misadjustment of the harness safety sensor,” the report stated. “The misadjustment of the sensor allowed both safety lights to illuminate, improperly satisfying the ride’s electronic safety mechanisms and allowing the ride to commence even though the ride was unsafe.” 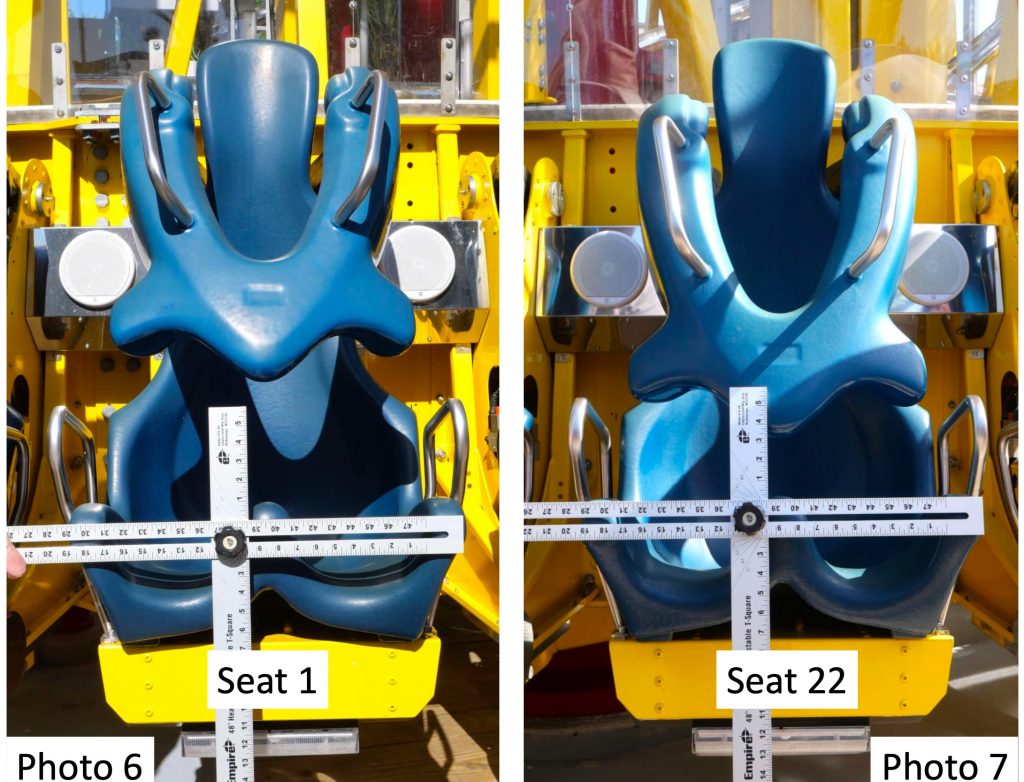 In the report’s conclusion, Buchner cautioned there are “many other potential contributions to the cause of the accident and this report in no way assures the safety of the ride in the normal, adjusted or unadjusted harness positions.” Other issues have already been identified in news reports, such as Sampson being well over the 287-pound weight limit for riders specified in the attraction’s manual.

Nikki Fried, the Florida Commissioner of Agriculture and Consumer Services, said Monday that she would not take questions on the report due to the ongoing investigation. However, she did reiterate that the drop tower would remain closed, as it has been since the fatal accident.

Orlando Free Fall opened in December and was hyped as the world’s largest freestanding drop tower at 430 feet. It is operated by the Slingshot Group alongside another record-setting International Drive attraction, Orlando Slingshot, which has also been closed.

You can read the entire report here.