The Orlando Free Fall drop tower at Icon Park along International Drive “will be closed until further notice” after a 14-year-old boy fell to his death Thursday night.

According to The Associated Press, the victim was Tyre Sampson, who was visiting Orlando from Missouri. Alleged video of the incident — which Theme Park Tribune is choosing not to share due to its graphic nature — appears to show Sampson falling out of his seat as the ride descended. The ride is promoted as the world’s tallest free-standing drop tower at 430 feet.

“At first we thought it was a piece of the ride or whatever until we got a little closer and it was a person laying on the ground,” Montrey Williams, who said he witnessed the fall, told WOFL. “Everyone was just panicking and screaming.”

WKMG reported that workers can be heard on the video discussing the ride’s restraints after the accident. One worker stated, “We both — we checked it. The light was on,” suggesting that safety sensors had indicated the rider was secured. 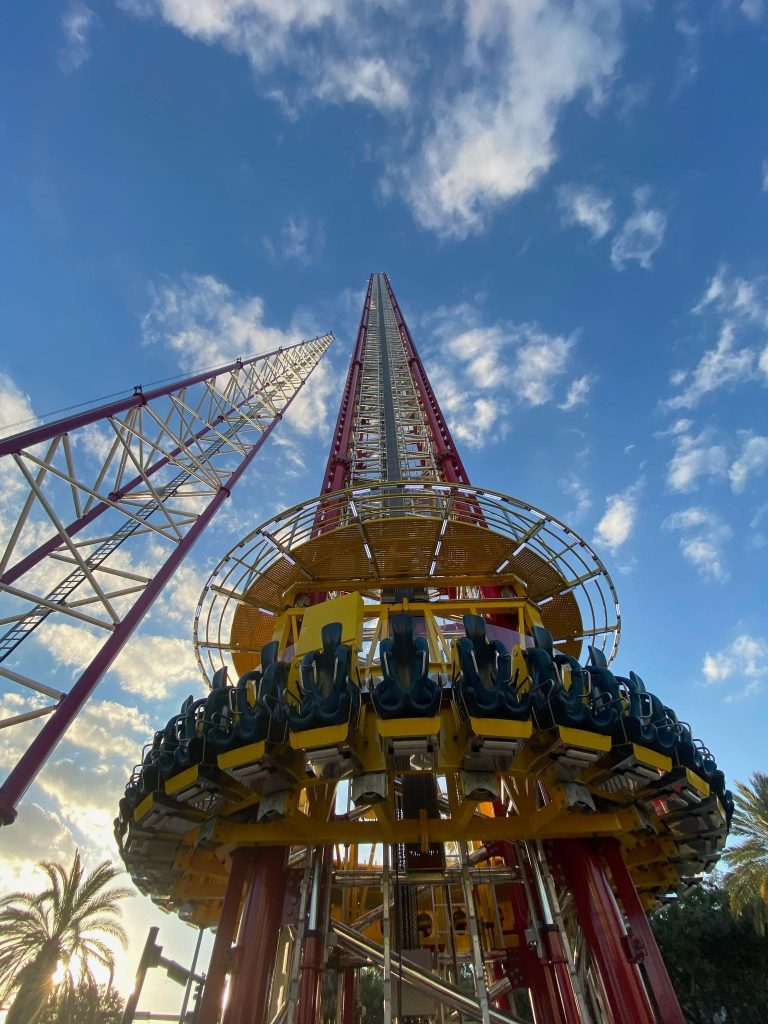 Sampson was taken to Orlando Health Arnold Palmer Hospital for Children where he died from his injuries.

Orange County Sheriff John Mina said, “It appears to be a terrible tragedy. Our prayers and thoughts are with the family. We can’t imagine what they’re going through.” Florida’s Department of Agriculture and Consumer Services — which only inspects rides at smaller attractions in and around Orlando — said in an email that it will inspect the ride Friday.

The Slingshot Group operates the drop tower and the adjacent Orlando Slingshot, both of which opened in December 2021. John Stine, director of sales and marketing for the company, said Orlando Free Fall would be closed “until further notice” while inspectors determine the cause of the accident.

“We are heartbroken with the incident that took the life of one of our guests,” Stine said. “We extend our condolences and deepest sympathy to his family and friends. We are working with the Sheriff’s Office and ride officials on a full investigation.”