Six Flags Great America is now open for its 2022 season — though a walk around the park reveals the park isn’t quite running at full strength. 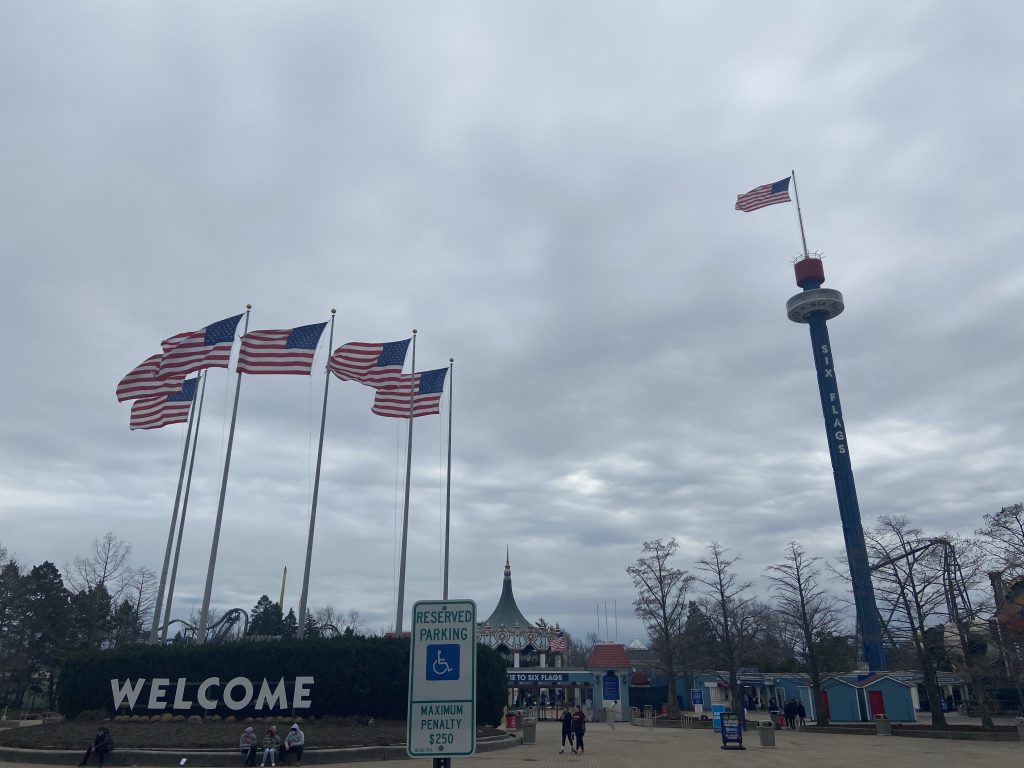 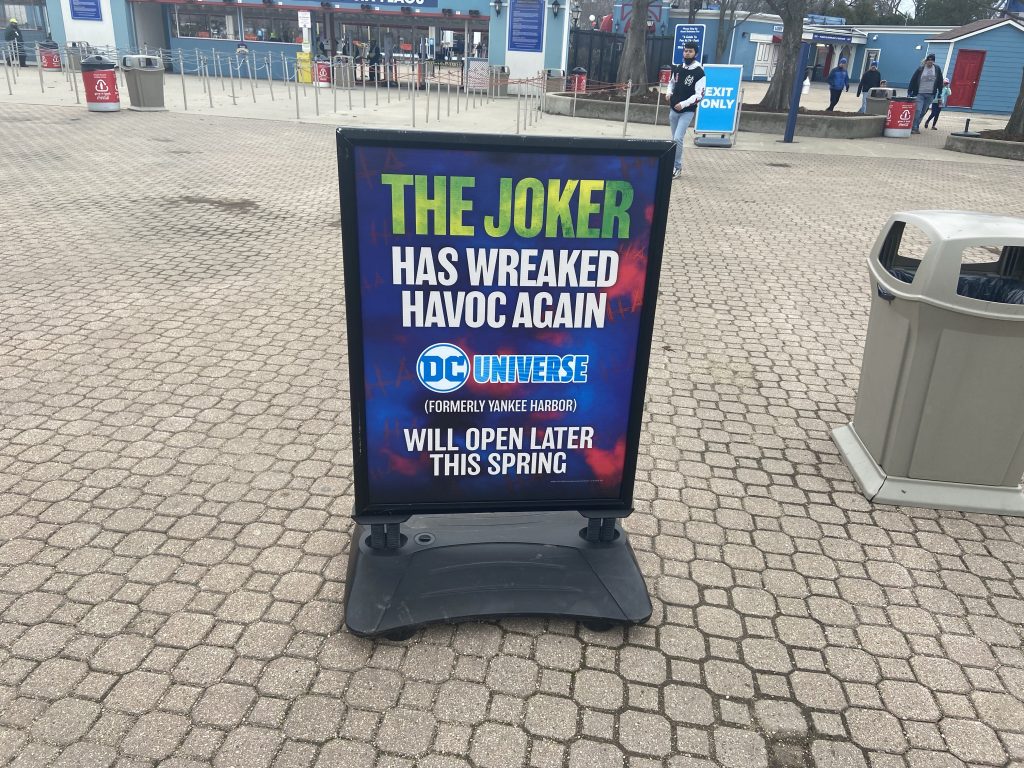 Beginning at the entrance and continuing throughout the park are signs warning that the new DC Universe area is not yet available. Making a left at the Columbia Carousel and heading into Orleans Place, you’ll see more signs warning of the dead end ahead. 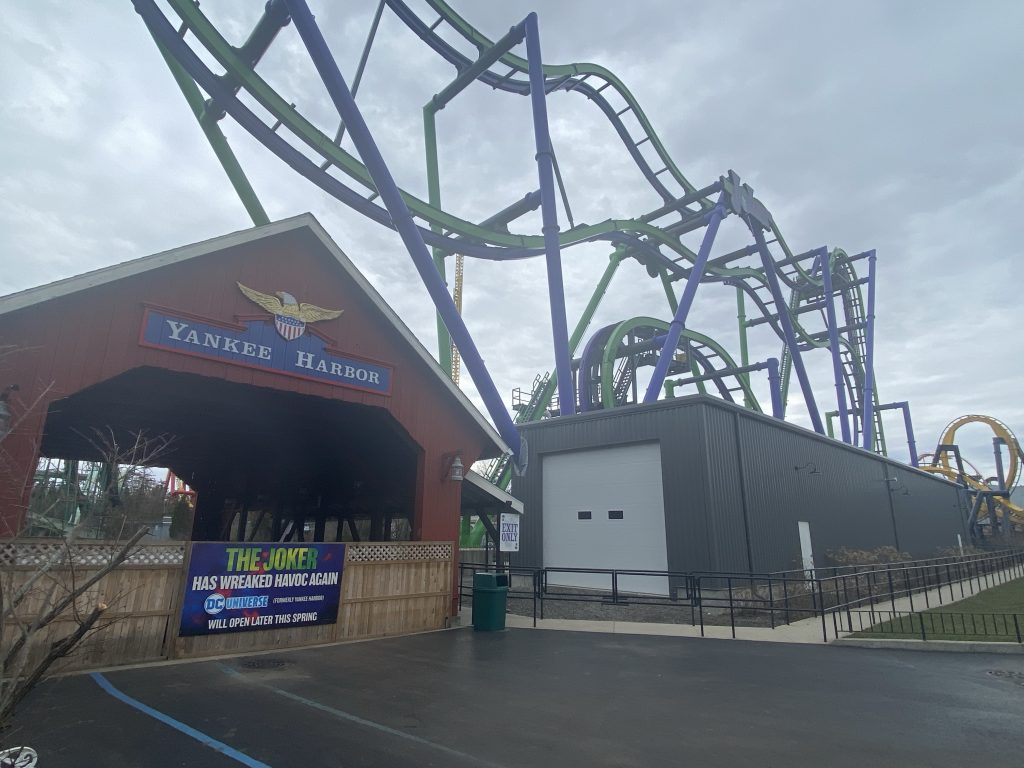 As you can see, the old Yankee Harbor signage remains in place on this end. When you walk all the way around to the edge of the Yukon Territory section, you’ll hit another dead end. 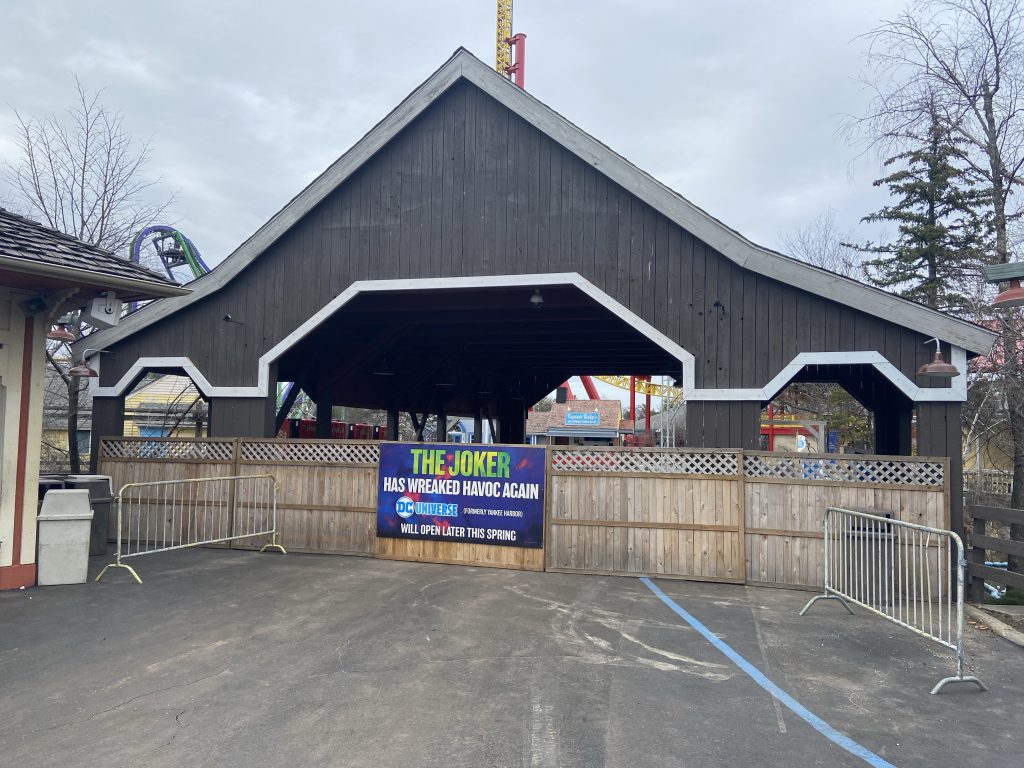 Thou shall not pass into DC Universe (Theme Park Tribune)

From this vantage point, it was possible to spot at least one part of the new section: the repainted Vertical Velocity, now rethemed to The Flash. The track and ride experience have not changed, however. 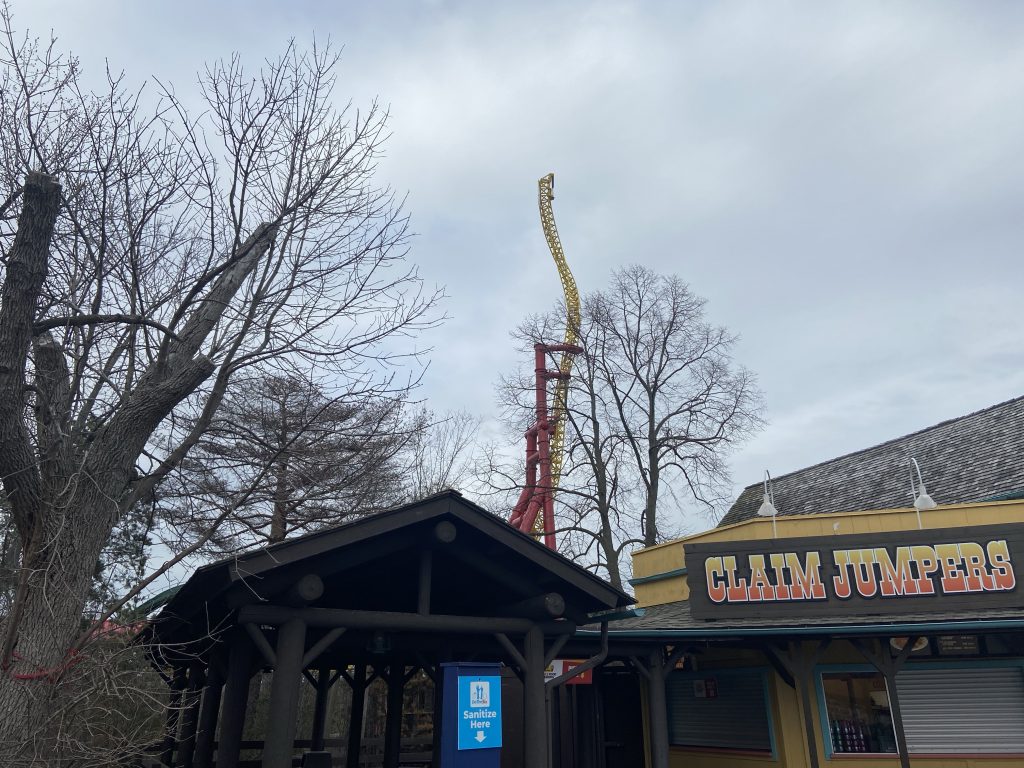 The delayed of DC Universe not only creates two dead ends, but also means several rides that typically operate on opening day were not available, including the aforementioned Vertical Velocity, Batman: The Ride and The Joker. I did spot one empty train get cycled through Batman, though it’s supposed to remain closed until the rest of the DC Universe overhaul is complete.

Speaking of closed rides, those that were unavailable on opening day included the Justice League: Battle for Metropolis shooting dark ride and Maxx Force, the park’s most recently-added coaster. 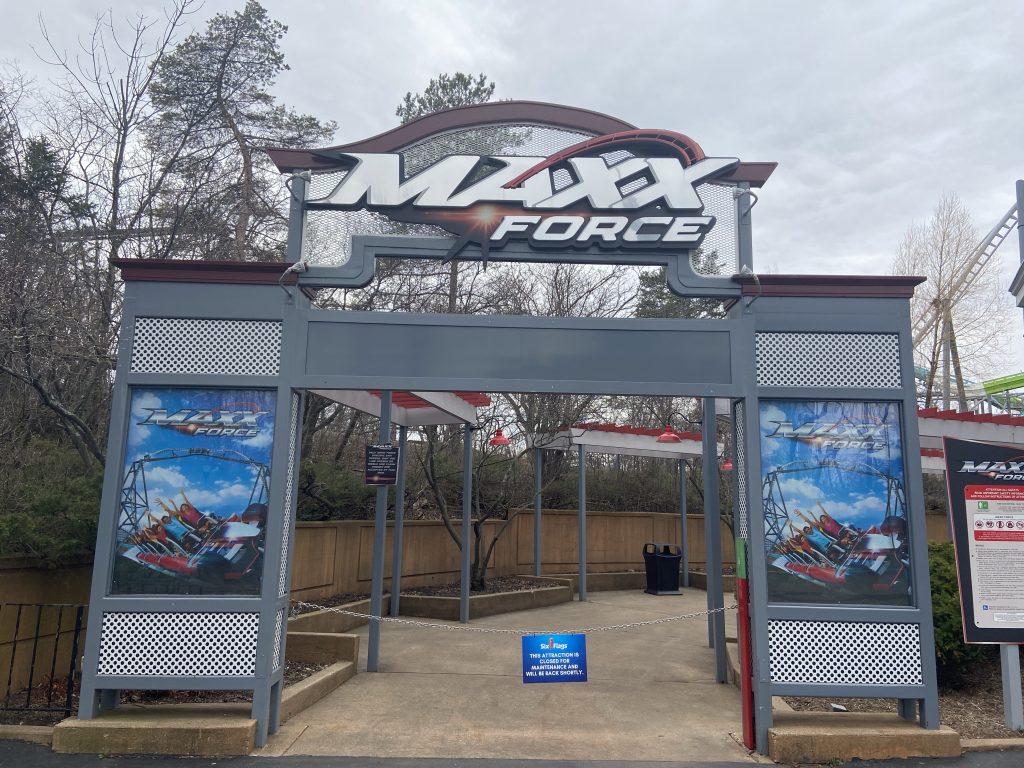 Other shuttered rides were less of a surprise. The park’s three water rides generally don’t open until sometime in May and one is inside the DC Universe section: the former Yankee Clipper, now becoming Aquaman Splashdown. But in one new development, a sign outside the Roaring Rapids entrance said the ride would be operating starting in the summer after remaining closed in 2021. 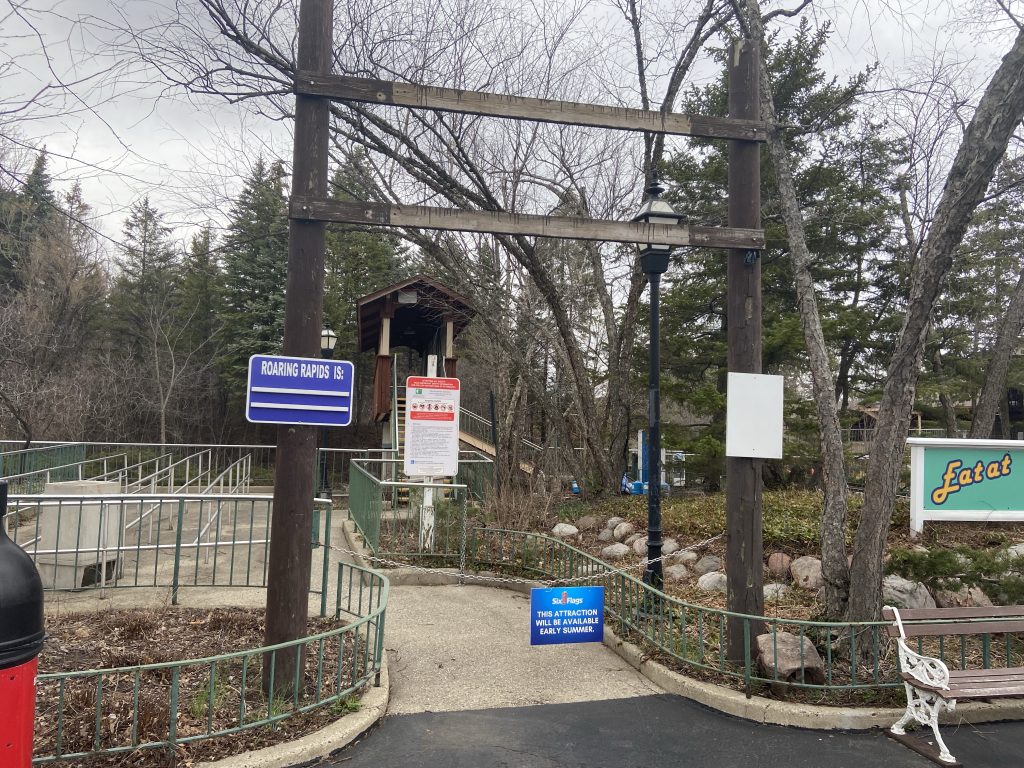 The sign has been missing since all the way back in 2020, when the park’s operations were limited to ride-less holiday events.

We were able to get a closer look at the state of the Roaring Rapids track thanks to the observation area no longer being cordoned off. 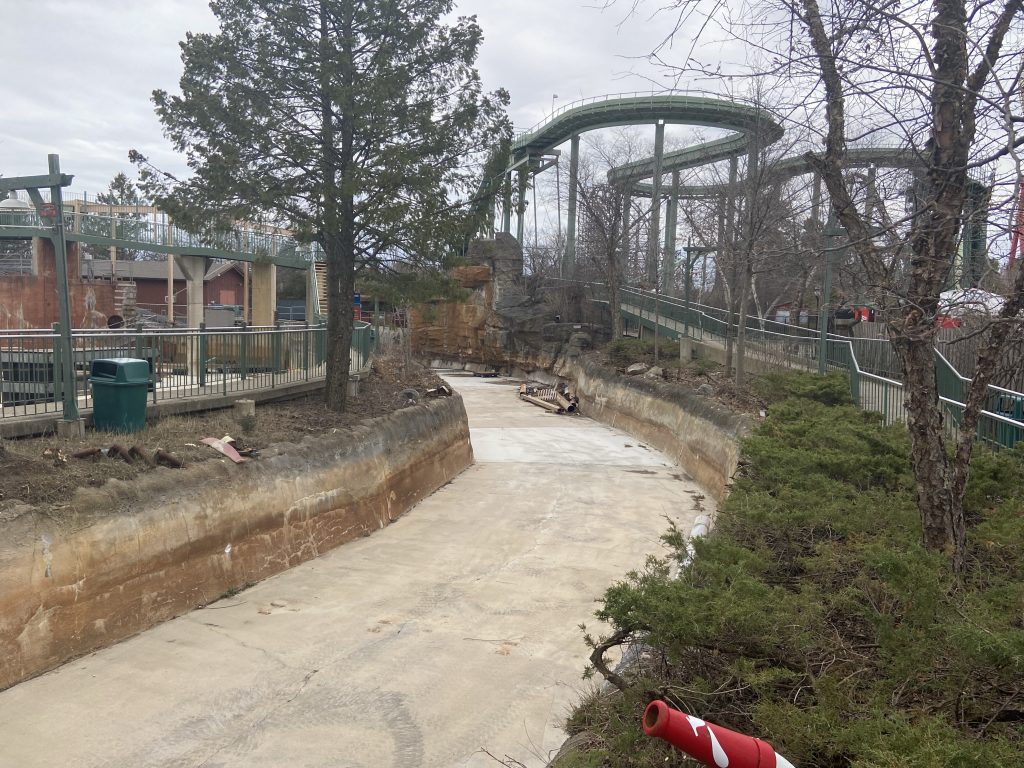 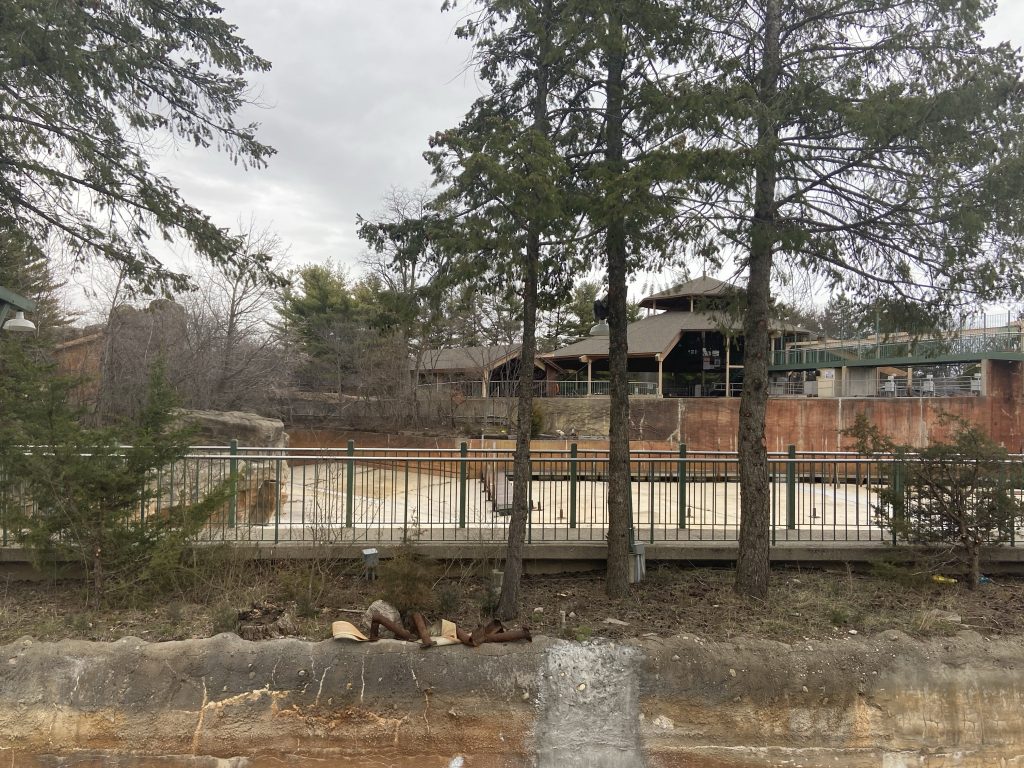 Looking over to the Roaring Rapids station (Theme Park Tribune) 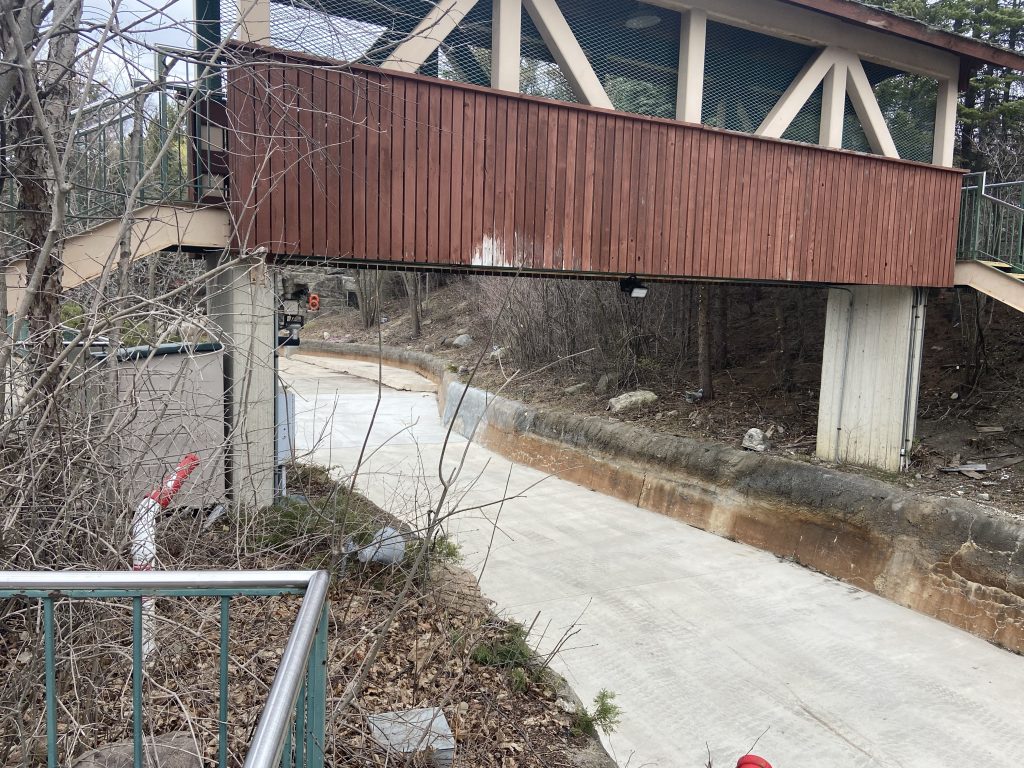 In another change from the 2021 season, American Eagle was running its blue side, whereas last year the red side was in operation. Structural issues have prevented this 1980 Intamin-built dueling wooden coaster from operating both tracks for several years.

One of the biggest operational changes in place relates to line-skipping offered to certain members and passholders. Guests can now purchase individual passes to skip lines from their phones — prices ranged between $6 and $20 per ride — and members with “skip-the-line” passes can now reserve rides on their phone instead of visiting the Flash Pass office. This may explain why the usually crowded Flash Pass office in Hometown Square was deserted in the afternoon. 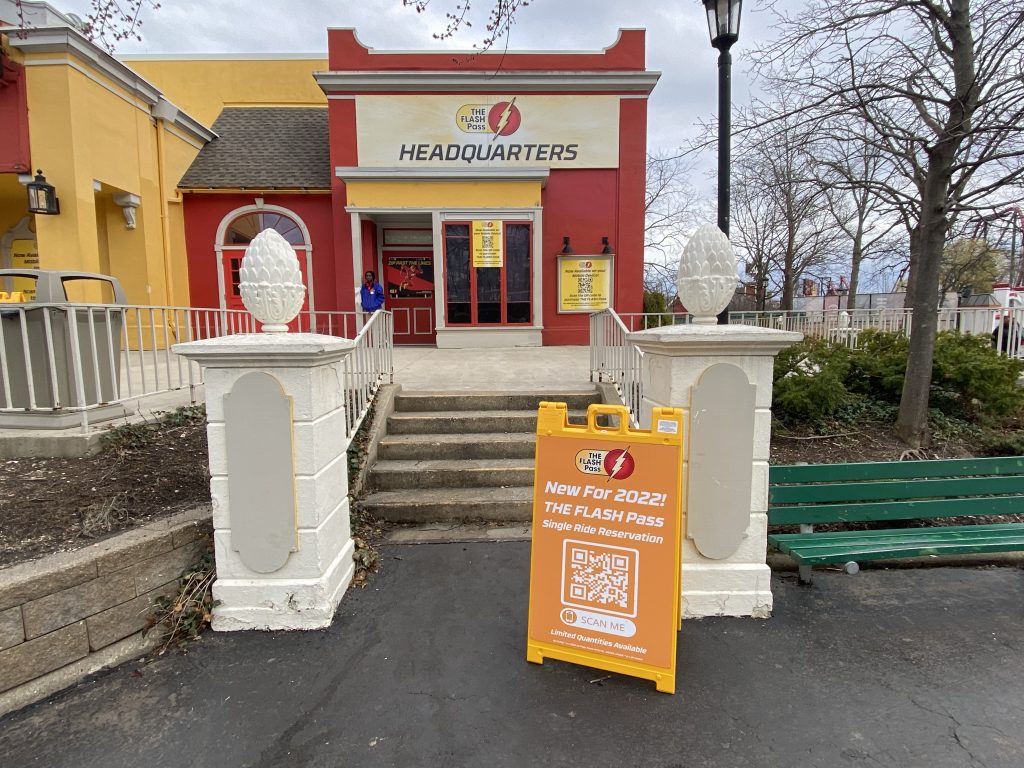 Lastly, Six Flags Great America has promised that the 2022 season will feature more live entertainment and characters. There was some evidence of that shift on opening day, such as this stage set up in front of X-Flight. 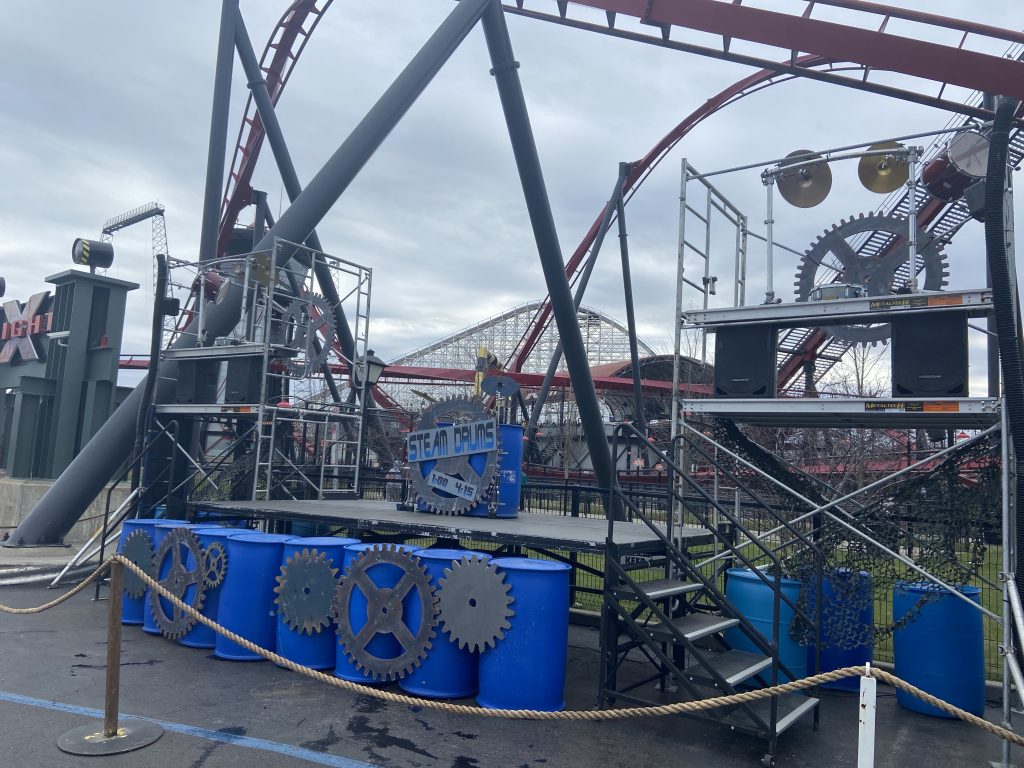 In Hometown Square, there was a small dance party with one costumed character, Sylvester the Cat. 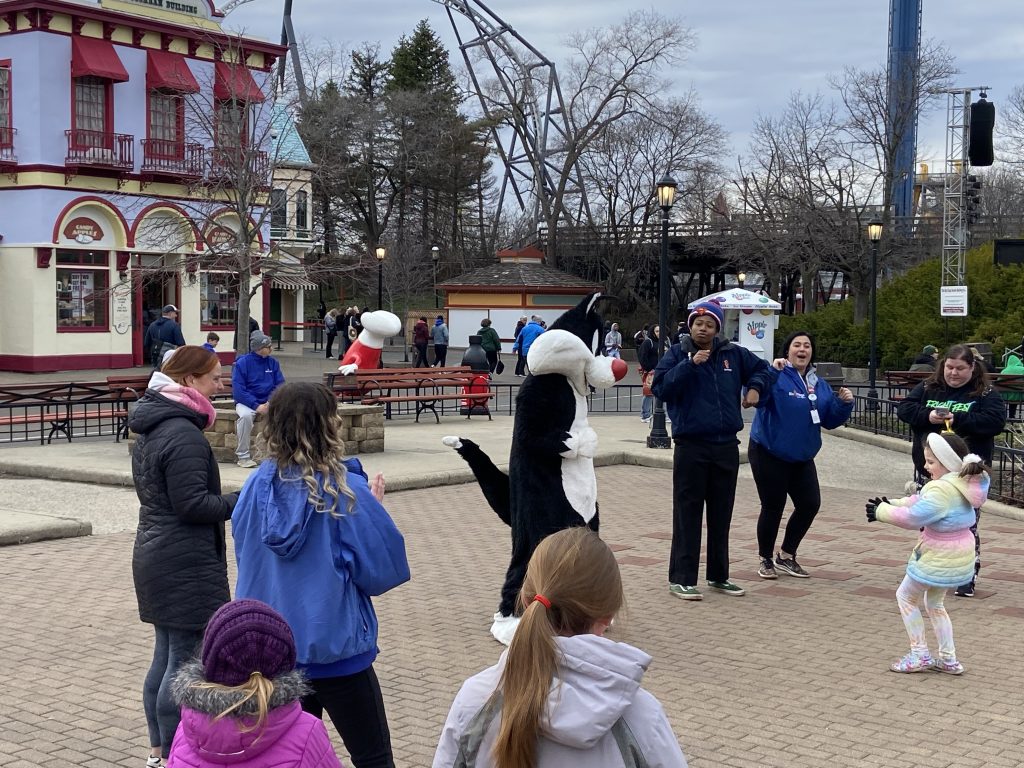 I have one warning for anyone planning on visiting Six Flags Great America on its opening weekend. All of the ride’s coasters were operating with only a single train for most of the day, a rarity for one of the most popular Six Flags parks, though Raging Bull did add its second train by mid-afternoon. An early arrival will be crucial to maximize your day at Great America until the park increases capacity throughout the park, especially with the three major coasters in DC Universe expected to be unavailable for weeks.