The Walt Disney World Swan and Dolphin Resort will add a new 349-room, 14-story hotel to the property by 2020.

While the Swan and Dolphin sit within Disney property, the resort itself is owned by New York-based real estate firm Tishman and MetLife Investment Management as part of an arrangement Tishman and Disney reached after a breach of contract lawsuit in the 1980s. The properties are a part of the Starwood unit of hotel giant Marriott International.

“We look forward to expanding the Walt Disney World Swan and Dolphin Resort and to marking the next chapter in our decadeslong relationship with Disney,” Daniel Tishman, principal and vice chairman of Tishman, said in a statement. “This expansion is an exciting continuation of our commitment to delivering a best-in-class experience for all resort guests, and is consistent with our recent enhancement of the Dolphin lobbies and resort guest rooms.”

To be built on the current site of the Swan and Dolphin’s tennis courts, the new hotel will include 198 traditional rooms and 151 suites with separated living and working spaces. Guests staying in suites will have access to a conference table and a built-in audio and video system.

The tower will also add 22,000 square feet of meeting space, including two ballrooms, 12 meeting rooms and a rooftop reception area. The Swan and Dolphin already offers more than 331,000 square feet to conventions and corporate clients.

“This new resort is designed to allow us to better meet the needs of meetings and groups,“ the resort’s director of sales and marketing, Gino Marasco, said in the news release. “Its unique new features will complement our location, recent renovation and service to give planners even more options to enjoy.” 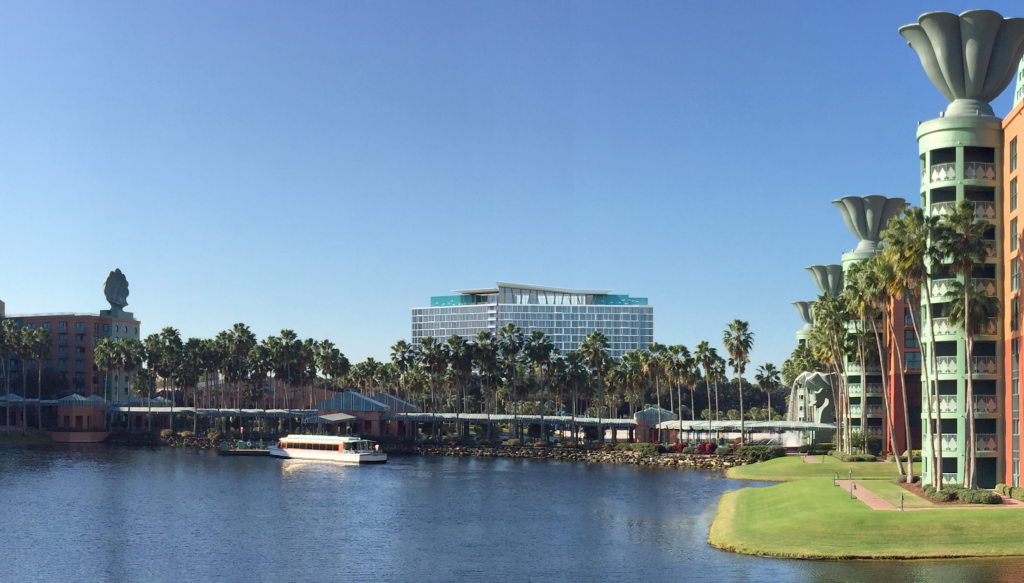 Outside of the meeting space, the hotel will offer a 90-seat restaurant, 50-seat lounge, grab-and-go-market and a cocktail bar in the lobby. Guests will also get the same benefits for Disney theme parks as Swan and Dolphin visitors.

The expansion will follow other recent or ongoing projects at the Swan and Dolphin. The resort finished a $150 million overhaul of existing guest rooms and meeting spaces in 2017 and has begun $3 million in renovations to the Swan’s lobby.

Tishman said the new resort should be complete by fall of 2020. It will be open for group bookings beginning in March 2021.