The March for Science is coming back to Central Florida Saturday, and nearly a dozen scientific and medical leaders are slated to speak before marchers get moving.

The science advocacy event will run from 10:00 am to 11:30 am and will start at the Northeast Corner of Lake Eola Park.

During the 10 o’clock hour, 11 speakers will address the crowd and after which advocates will march around Lake Eola and back.

After the March for Science ends, eventgoers are encouraged to drop by the Central Florida Earth Day celebration, which runs from 10 am to 6 pm on the east side of Lake Eola.

The speaker portion of the march will be emceed by Clayton Louis Ferrara, the executive director and CEO of IDEAS for US.

Event organizers said they “focused on building a speaker series that not only reflected the diversity of Central Florida, but one that also spoke to the intersectionality of science policy and the role that science plays in our daily lives.”

— Dr. Shantel Hebert-Magee, an Orlando pathologist and founder of pancreatic cancer awareness group Under the Scope.

— Chris Castro, the City of Orlando’s Director of Sustainability and founder of IDEAS for US.

— Dr. Sara Safder, a Lakeland radiologist and member of the Muslim Women’s Organization.

The speaker flyer is below. 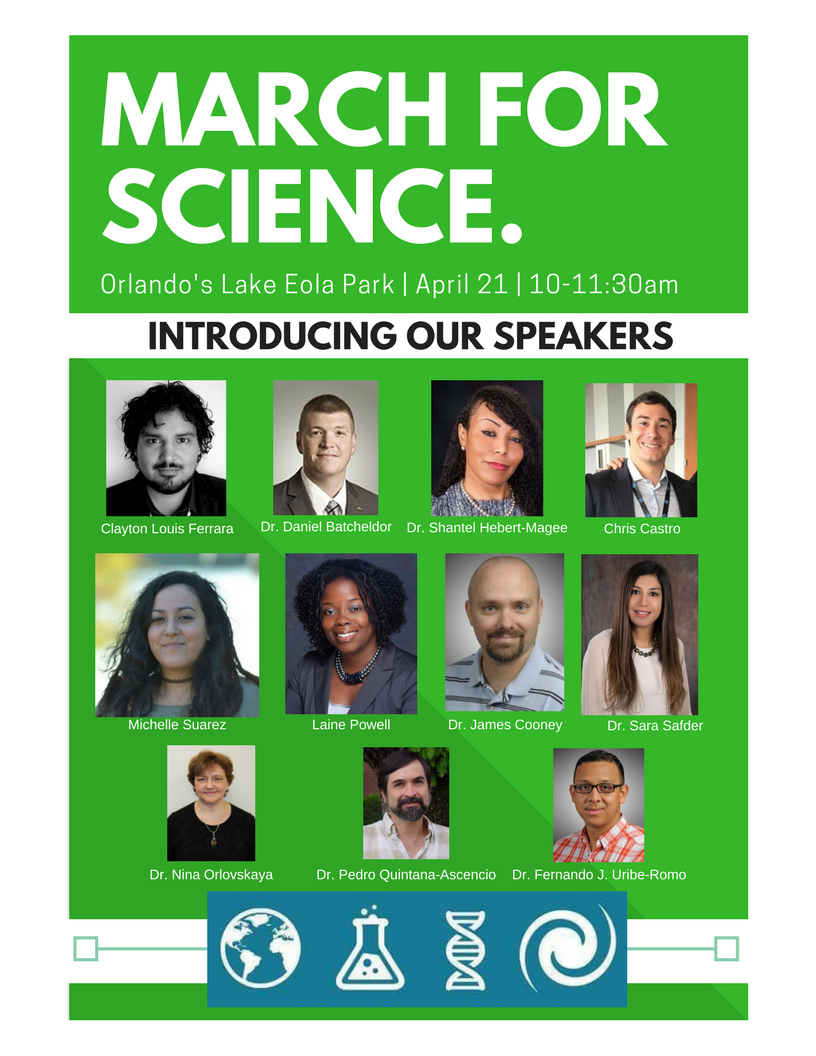