Nine years after first being introduced at Walt Disney World, Disney’s MagicBand wearable will be utilized at the Disneyland Resort in 2022.

As part of the Destination D23 event at Disney World, Josh D’Amaro, chairman of Disney’s Parks, Experiences & Products division, announced that the new MagicBand+ model will be coming west. However, he did not reveal how MagicBand features will differ at Disneyland compared to Disney World.

While the Disneyland portion of D’Amaro’s presentation did not reveal any new attractions for its theme parks, it did include new concept art for expansions to hotels and Downtown Disney.

Disney released renderings of the new rooms and the pool area for the Disney Vacation Club tower coming to the Disneyland Hotel. 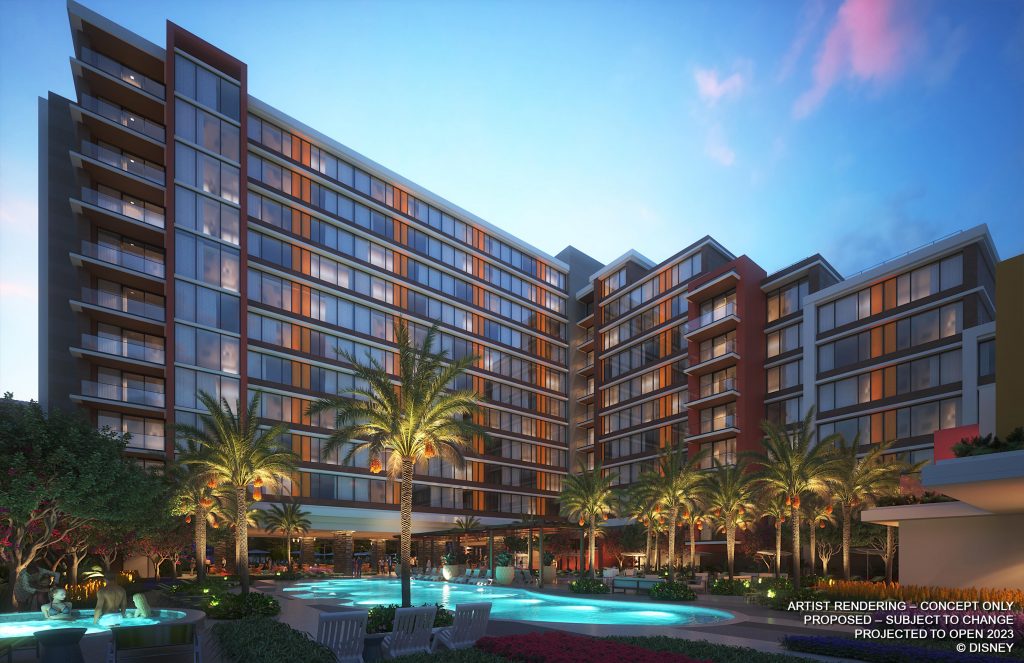 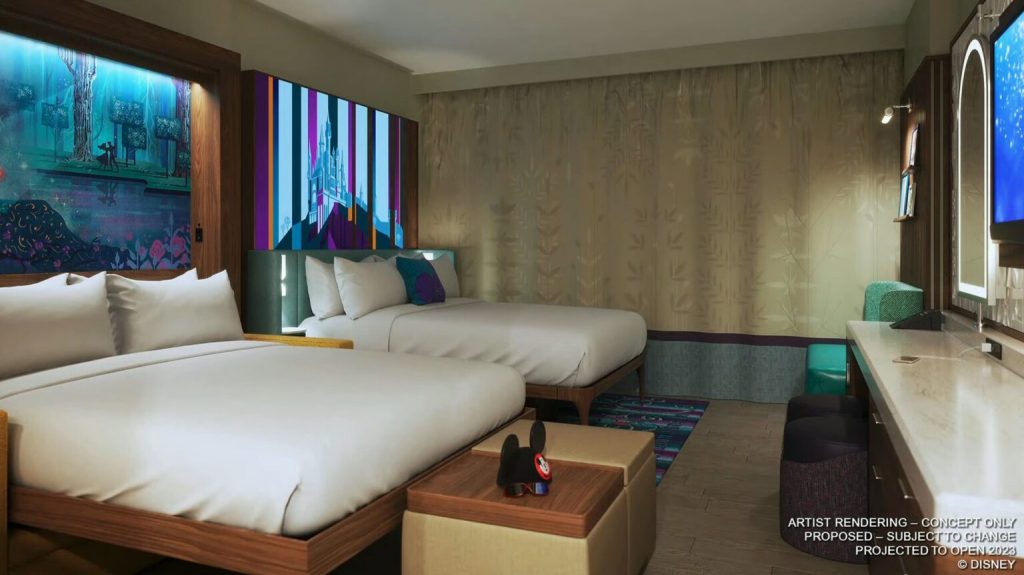 Calling the new tower “a storytelling journey,” Walt Disney Imagineer Bhavana Mistry said the rooms will use color palettes from Disney animated films such as “Sleeping Beauty.” No opening date or timeframe has been announced.

In the Downtown Disney District, the former AMC Theaters building will be torn down for a new area featuring green space and more restaurants. Construction will begin in 2022. 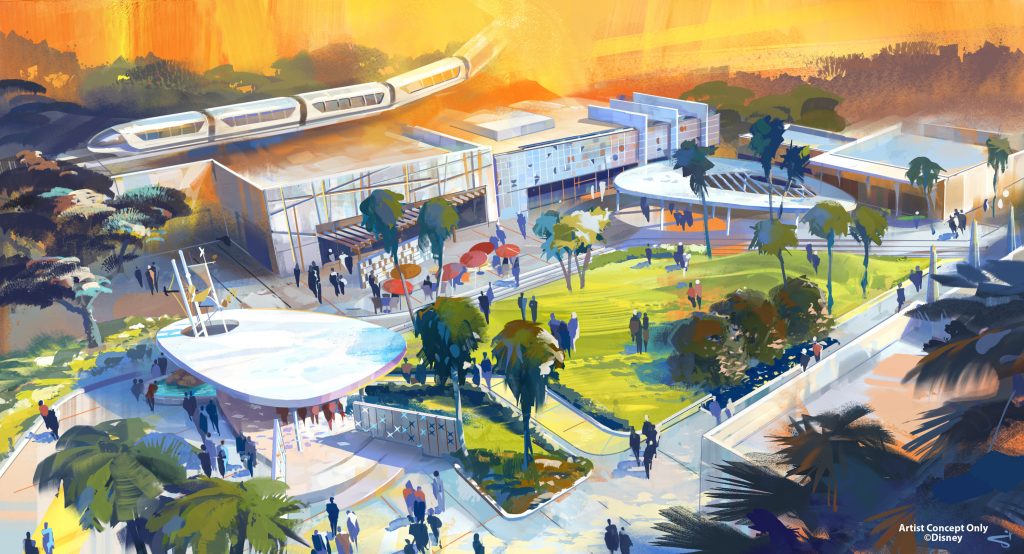 Like his Disney World announcements, D’Amaro also confirmed that several experiences would be returning to Disneyland in 2022. Those include “World of Color” at Disney California Adventure, “Fantasmic” at Disneyland Park and another resurrection of the Main Street Electrical Parade.