Legoland Florida is now accepting reservations for stays beginning May 22, 2020 for its under-construction Pirate Island Hotel.

The pirate-themed hotel is the third on-site accommodation at the Winter Haven resort. First announced at the International Association of Amusement Parks and Attractions (IAAPA) Expo last fall, the hotel will be housed in a five-story building that will connect to the existing Legoland Hotel near the park’s entrance. 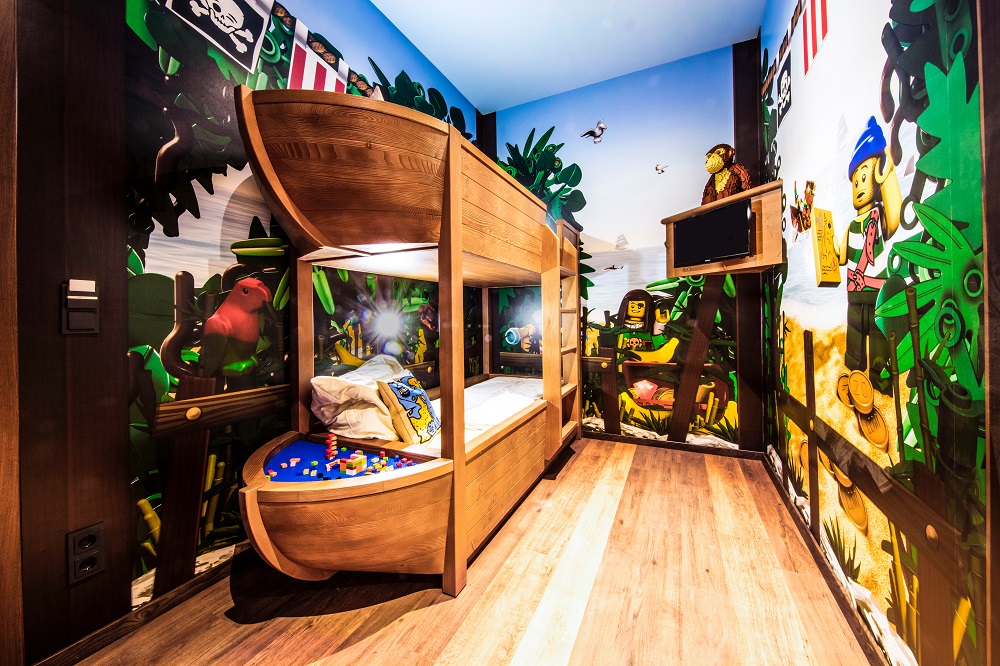 The hotel’s 150 rooms will each have separate sleeping areas for the adults and kids, similiar to the Legoland Hotel’s new Lego Movie rooms, with the kids’ room featuring bunk beds and Lego play areas.

Outside the rooms, the hotel will offer a heated pool, Lego play pits, and the Shipwreck Restaurant and Smuggler’s Bar for adults. 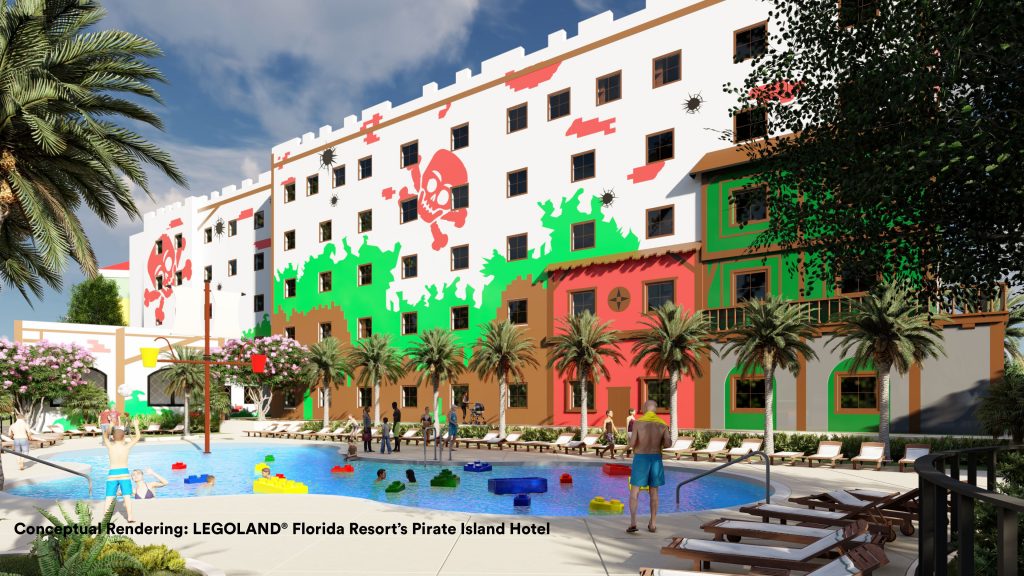 Rendering of the pool at Pirate Island Hotel (Legoland Florida)

“Pirate Island Hotel will be our most uniquely-themed hotel among our on-site accommodations,” said Kevin Carr, hotels director at Legoland Florida. “Pirate Island Hotel amplifies the fun and humor of Lego, along with the excitement of our theme park, into a complete resort hotel experience.”

The new hotel follows the largest expansion inside Legoland Florida since the park opened in 2011. Lego Movie World debuted in March, featuring three attractions themed around “Lego Movie” and its recent sequel, including a “flying theater” ride that park representatives hope is a sign of even more advanced technology being brought into Legoland.