Legoland Florida is adding another theme park to its resort next year themed after the long-running British cartoon series “Peppa Pig.”

In a press release, Legoland Florida said, “this all-new standalone theme park will feature multiple rides, interactive attractions, themed playscapes and water play areas—complete with ‘muddy puddles’ of course—and fun live shows daily, all based on instantly recognizable locations from the globally popular brand. Families will meet Peppa and her friends as they snort, giggle and play to build their family’s first theme park memories together.”

According to CNBC, “Peppa Pig” was the most popular kids show on streaming services last year and is Hasbro’s No. 1 licensed franchise, racking up more than $1 billion in merchandise sales. 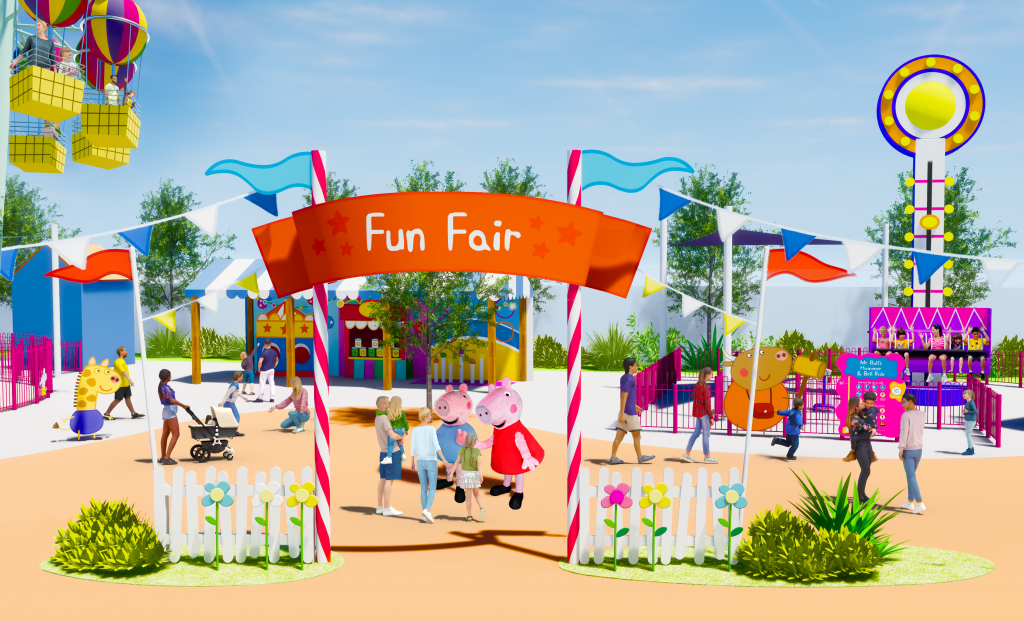 The park will be built on a roughly 4.5-acre parcel that is currently part of Legoland Florida’s parking lot. Orlando Weekly had reported in December 2020 that a “Peppa Pig” experience was among the possibilities for the resort’s expansion, as Legoland parent company Merlin Entertainments has opened Peppa Pig Lands at parks it owns in Italy and Germany in recent years.

Legoland said details on rides and attractions for the new Peppa Pig Theme Park will be announced this summer.

When it opens in 2022, it will be a separately ticketed experience. Legoland said it will sell annual passes for the Peppa Pig park as well as offer it as an add-on for passes to the existing Legoland Florida theme park and water park, as well as Merlin’s other Central Florida attractions, the Sea Life Aquarium and Madame Tussauds at Icon Park in Orlando.