When reservations for the Pirate Island Hotel were first opened, the earliest available date was May 22, 2020. 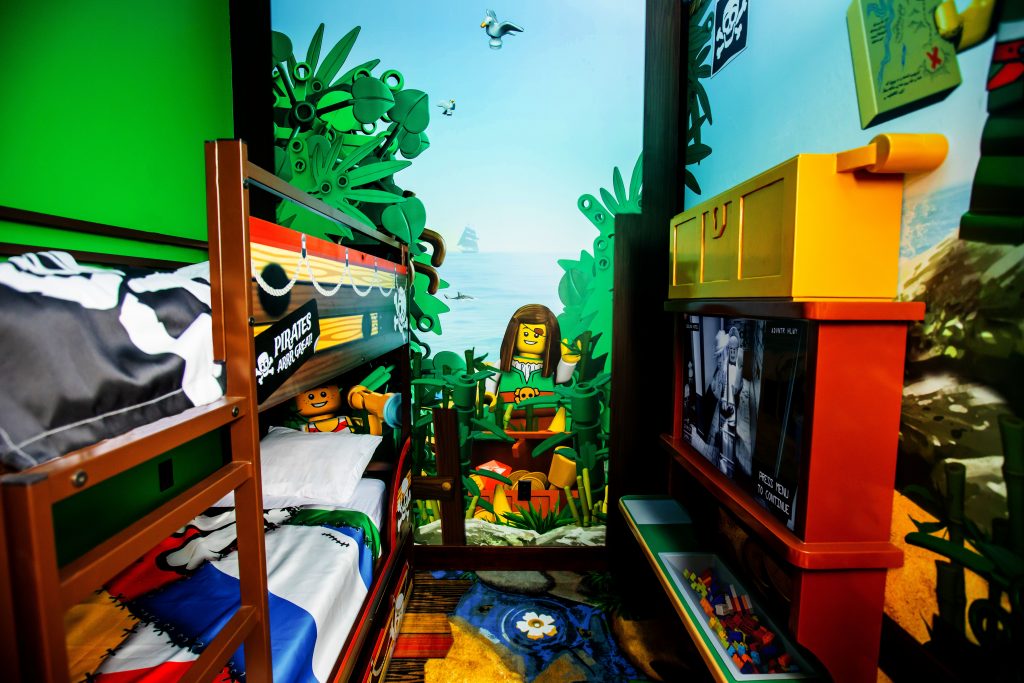 The hotel, which is currently under construction next to the Legoland Hotel near the Winter Haven park’s front entrance, will feature 150 rooms, including four suites. Those accommodations will feature a separate kids’ sleeping area with themed bunk beds and its own television, while the entire room will include “interactive LEGO Pirate models throughout,” according to Legoland.

Along with the official opening date and new images of the rooms, Legoland also released an animated tour of the hotel.

Outside the rooms, the Pirate Island Hotel will sport a heated pool, character meet-and-greets and Lego play areas. For adults, the hotel will feature a lobby bar as well as a free family-style breakfast with each reservation.

The resort last expanded its on-site hotel capacity with the Legoland Beach Retreat in 2017.