Legoland Florida has announced new details on its major 2019 expansion, Lego Movie World, which will feature three attractions when it opens in early spring.

Themed after 2014’s “The Lego Movie,” the new land is currently under construction on what used to be The World of Chima.

“The Lego Movie World at Legoland Florida Resort is the only place in the world that you can experience the pure wonder and imagination inspired by The Lego Movie universe,” Rex Jackson, the park’s general manager, said in a news release. “We’ve been hard at work, building brick-by-brick, to create state-of-the-art experiences that bring THE LEGO MOVIE to life.”

The big draw of the new land appears to be The Lego Movie Masters of Flight attraction. Described as a “flying theatre attraction” with a “full-dome virtual screen,” guests will be riding on the “Triple Decker Couch” which will be seen in the Lego Movie sequel due out in February.

While the “flying theatre” concept could describe something like The Simpsons Ride at Universal Studios Florida or Soarin’ at Disney’s Epcot, Legoland is promising something new: a 180-degree turn during the ride, a first for this kind of attraction.

The second attraction, Unikitty’s Disco Drop, will “swoop guests to the tiptop of Cloud Cuckoo Land” before dropping, spinning and bouncing back to Earth. 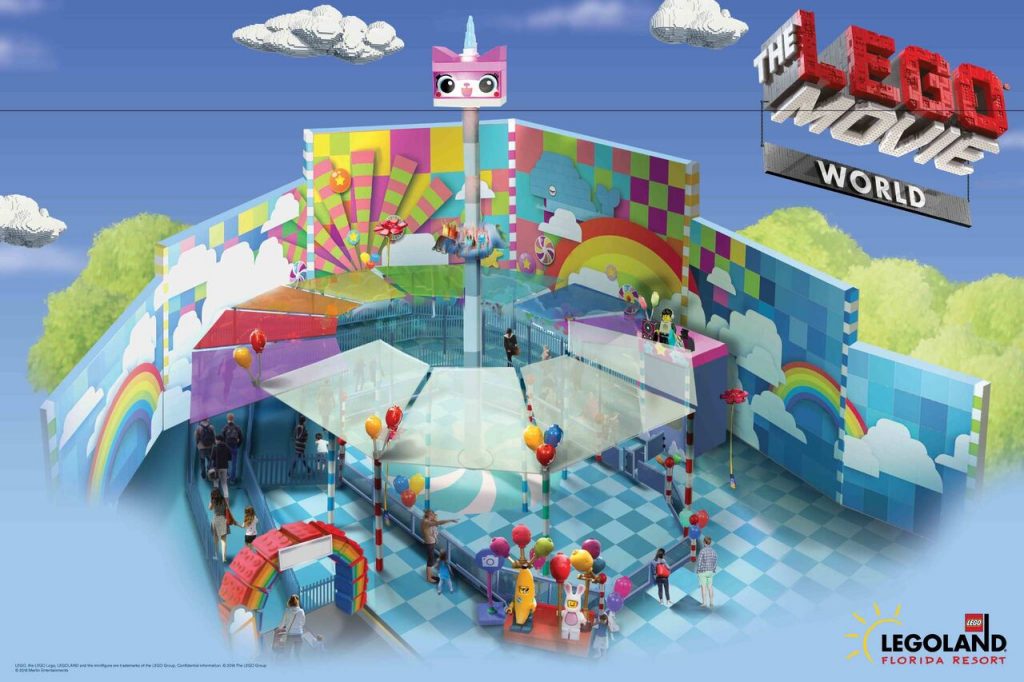 The third and final attraction, Battle of Bricksburg will be a boat ride where guests hit water targets to stop invading DUPLO toys — as seen at the end of The Lego Movie.

Legoland confirmed to Orlando Rising that the Battle of Bricksburg ride will be a re-imagining of shuttered The Quest for Chi attraction. 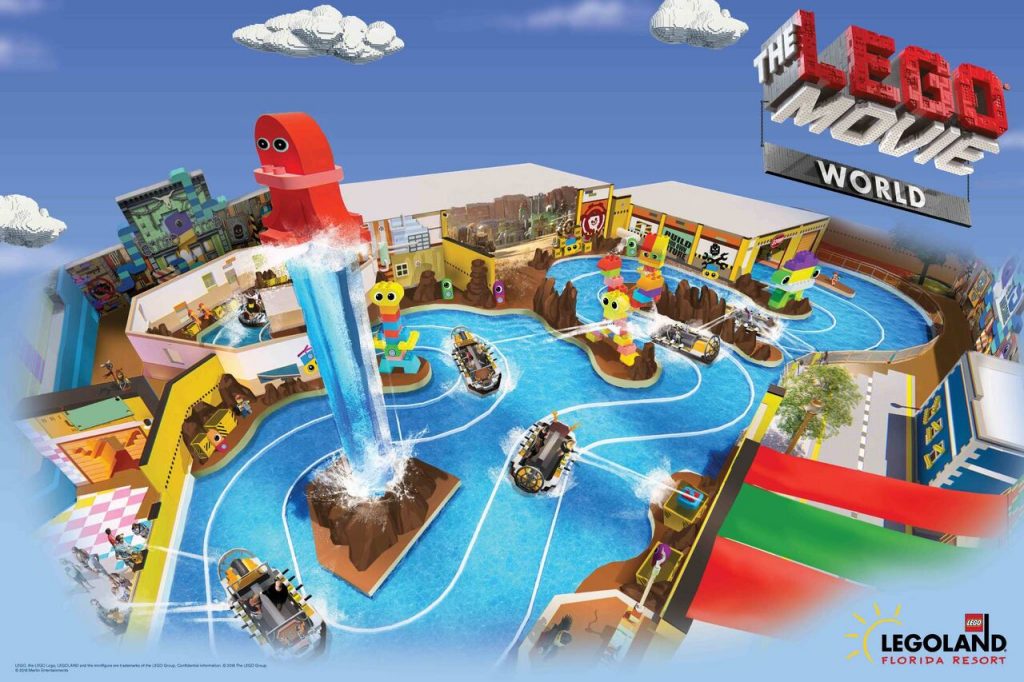 Along with the three rides, Lego Movie World will feature a character meet-and-greet at Emmet’s Super Suite, the Taco Everyday restaurant and The Awesome Shop around downtown Bricksburg.

“The downtown area will also include a space-themed playground structure inspired by Benny’s spaceship, plus special photo opportunities,” Legoland said.

Given Legoland’s target demographic of kids aged 2 to 12, its biggest competition among the theme park additions in 2019 could be SeaWorld Orlando’s Sesame Street, which will feature six rides. Universal’s additions will include a “Harry Potter”-themed coaster, while Disney World’s new rides will include Mickey and Minnie’s Runaway Railway and the 14-acre Star Wars: Galaxy’s Edge at Disney’s Hollywood Studios.