The world’s longest wooden roller coaster is getting some significant work done this offseason.

Kings Island in Mason, Ohio confirmed in a Christmas Day blog post that The Beast will have 2,000 of its 7,359-foot layout retracked. The Gravity Group — the coaster firm that replaced portions of Racer during the 2020-21 offseason — will place new, precut track sections on The Beast’s first drop, the turn towards the second drop and its 540-degree helix tunnel.

The work on the first drop will change its angle, steepening it from a 45-degree drop to a 53-degree plunge.

“This change isn’t being made to add more speed or thrill element to The Beast, but to come in lower in the tunnel to provide the proper parabolic arcs due to reprofiling of the track in that area of the ride,” Kings Island spokesperson Don Helbig said in the blog post. “This change, along with The Gravity Group’s vertical track design, will deliver a buttery-smooth transition through the tunnel and onto the second drop.” 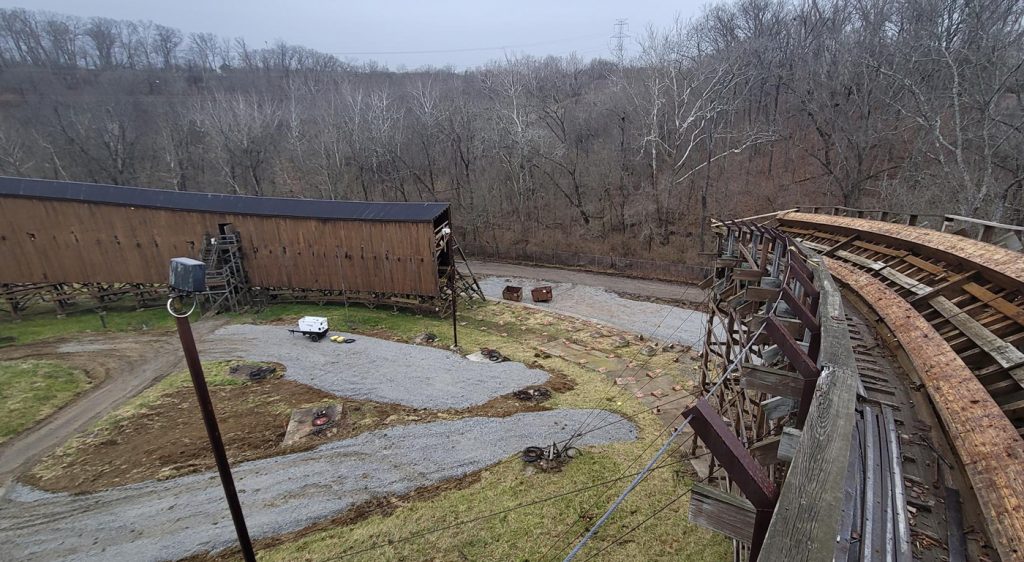 Helbig said the park’s own carpenters “are retracking approximately 1,090 feet of track in other sections.”

The retracking project had been rumored for months among coaster enthusiasts, and drone photos had shown the work starting in November. Helbig’s post confirmed that the project began Nov. 1 and is scheduled to be completed by the end of March 2022 — a few weeks ahead of the park’s scheduled April 16 opening.