John Morgan, big time lawyer, businessman and entrepreneur, is just a bit player in the theme park industry but don’t tell that to the man who dressed up as Mickey Mouse’s pet at Walt Disney World.

Morgan knows his WonderWorks Indoor Amusement Park plays second fiddle to Walt Disney World, Universal Orlando and SeaWorld but he’s not ashamed to admit he lives off their table scraps.

“I can’t compete with them, but I don’t need to,” said Morgan. “I’m like a little rat terrier at the table, they sling the bone out in the yard, and I get the scraps. If you grab enough breadcrumbs, you get a loaf of bread and all you need is jam and butter.”

Morgan’s fortune doesn’t rely on his attractions. He’s best known for his billboards that dot the state and TV commercials that tout his law firm as “for the people.” Morgan & Morgan employs more than 300 attorneys and 1,500 staffers in Florida, Georgia, Mississippi, Kentucky and Manhattan.

But practicing law wasn’t his only dream. Morgan decided to jump on the theme park bandwagon in 1995. He made his first million two years earlier and said he put some money aside. He had an idea to create a science-themed attraction and heard about land available in the burgeoning tourist district on International Drive.

“I drove up Sand Lake Road to International Drive in my red Cadillac, and I just knew this was the only path to growth,” said Morgan, who added that the landowners had tried to sell the property to Ripley’s Entertainment but couldn’t reach a deal. That day, he had his bank wire $250,000 and signed the contract for the first WonderWorks location.

His wife, Ultima, questioned his business sense and accused him of wiping out their savings. But the risk paid off and now Morgan says the attraction has been “a gold mine.”

His interest in attractions started while working at Disney. Morgan earned his way through the University of Florida and the UF law school, dressing as Pluto and one of the Three Little Pigs at Disney World. He said it was nothing but a learning experience.

“It was the greatest job in the history of mankind and I learned a lot about theme parks,” said Morgan, 60.

Back when Morgan worked at Disney, there were “E” tickets that got you on the best rides. He decided to fill WonderWorks with “E-ticket attractions” that would entice visitors and give them their money’s worth. His four big “E rides” are a virtual roller coaster, a ropes course, laser tag and a 3D virtual theater.

The oldest of five children, Morgan grew up in a family that lived from paycheck to paycheck, and he knows the value of a dollar. The family moved from Lexington, Kentucky to the Orlando area when Morgan was a teenager. His passion for personal injury law, came during his second year of law school when his brother, Tim, working as a lifeguard at Disney’s Polynesian Resort, wound up a quadriplegic after a diving accident.

Morgan said the family had to hire a lawyer after Disney fought paying for workers’ compensation offering at one point to let Tim work the graveyard shift as a Disney phone operator rather than pay any claim. His personal injury firm now specializes in helping the little guy.

He has put that same tenacious spirit into his business interests, which include more than a dozen corporations. He has owned hotels, a bank, the Crime Museum in Washington, D.C., a Margaritaville casino in Biloxi, Mississippi with his close friend Jimmy Buffett and an advertising firm specializing in legal ads.

He can buy a lot of jam for that loaf of bread now. 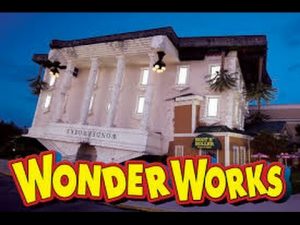