There will be two fewer nights of horror at Universal Studios Florida next year.

Universal Orlando has unveiled the schedule for Halloween Horror Nights 2020, the 30th edition of the event. It last 39 nights from Sept. 10 through Oct. 31.

The 2019 event was the longest ever, running for 42 nights. It had an earlier Sept. 6 start after Universal moved its annual Rock the Universe Christian music festival. HHN 30, however won’t get going until the second week of September. 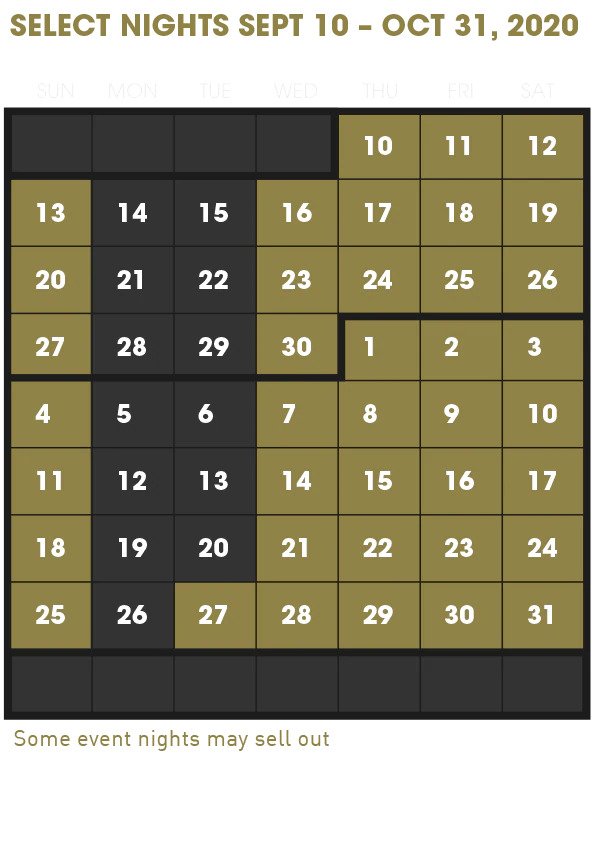 The Universal press release confirmed the event will again feature 10 houses and five scare zones as it has in both 2018 and 2019. The release also promised “all-new scares, plus reimagined haunts inspired by the past” — but otherwise there were no hints about what intellectual properties may be used for HHN 30.

Universal Creative’s HHN team has gone big in previous anniversary editions of the event. For instance, the 25th edition of HHN featured a tribute house with scenes from previous years (Jack Presents: 25 Years of Monsters & Mayhem), a fully recreated house (An American Werewolf in London), and the return of HHN icon Jack the Clown, who had debuted at HHN 10 in the year 2000.