Walt Disney World’s newest roller coaster, Guardians of the Galaxy: Cosmic Rewind, now has an opening date of May 27.

The attraction will be located in the World Discovery section of Epcot, with its queue and loading station housed in the former Universe of Energy pavilion that was home to Ellen’s Energy Adventure until it closed in 2017. 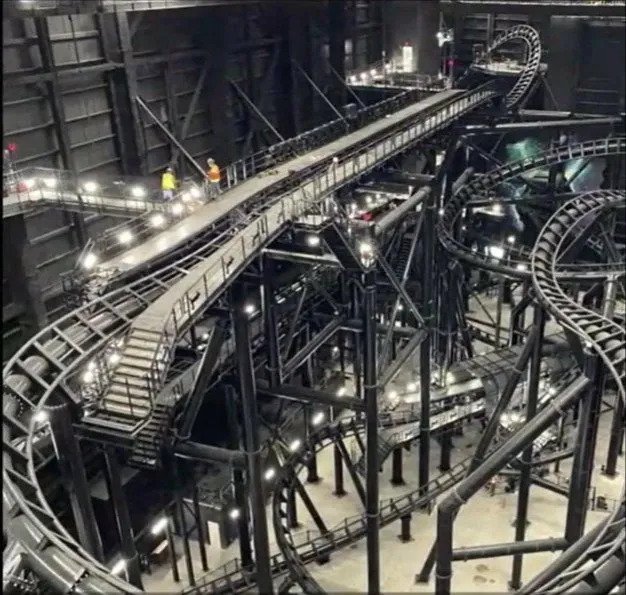 Inside the Guardians coaster building (Disney)

Cosmic Rewind won’t be a gentle ride like its predecessor. The Vekoma coaster will include spinning cars, a backwards launch and more than 5,500 feet of track, making it one of the longest indoor coasters in the world. The ride will also feature new footage of the “Guardians of the Galaxy” cast, including Chris Pratt, Zoe Saldana, Dave Bautista and Glenn Close, that was filmed in the fall of 2021.

The attraction will mark the biggest infusion of the Marvel Cinematic Universe into Walt Disney World — where Disney is limited by the Marvel rights deal signed with Universal well before Disney bought the comics giant — and a major step forward in Epcot’s transformation. Cosmic Rewind will be the second new attraction opening in the park in the last year, preceded by Remy’s Ratatouille Adventure. 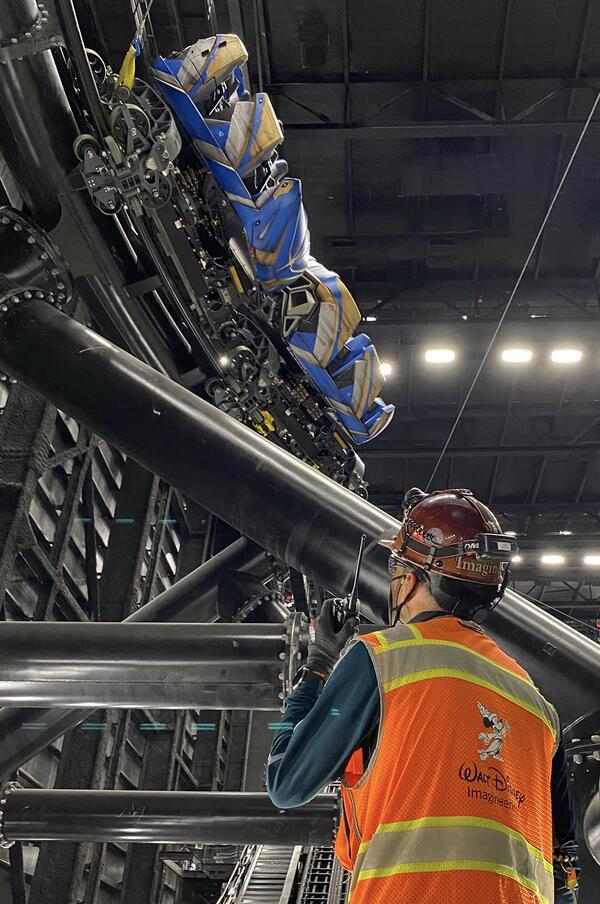 Disney World has not yet revealed whether any previews will be offered for the general public before the ride’s May 27 opening, or if a virtual queue “boarding group” system will be utilized to manage long lines.