The Green Eggs and Ham Cafe inside Seuss Landing at Universal’s Islands of Adventure has reopened with a revamped menu.

Officially, the Green Eggs and Ham food stand is open only on a seasonal basis. In practice, however, it’s been extremely rare for Universal Orlando to open it at all in recent year, even during the busiest days. Typically, the stand’s closed windows direct Seuss Landing visitors to visit the nearby Circus McGurkus food court.

During a visit this past March, the Green Eggs and Ham sign looked to be in rough shape, sporting dulled colors and chipped paint. 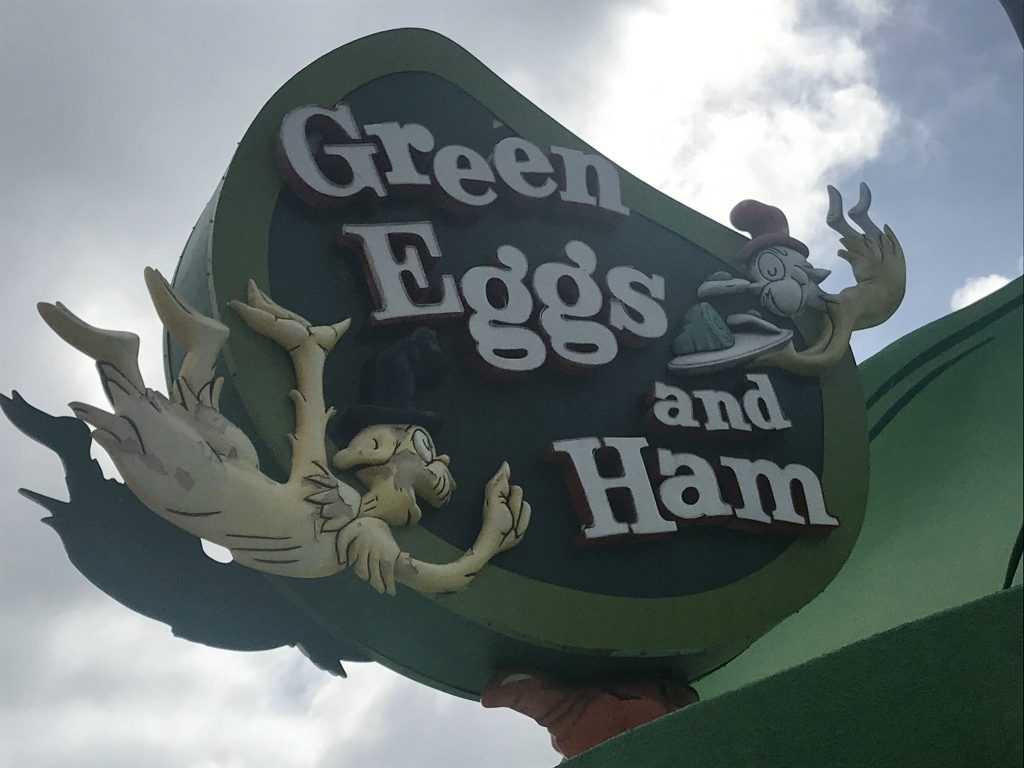 The Green Eggs and Ham sign in March 2019 (Orlando Rising)

Construction walls have blocked off the stand in recent weeks and eagle-eyed guests noticed late in November that a new menu board has been installed — all leading to the surprise reopening on Sunday.

Replacing the old burgers and fries are choices like buffalo chicken tots (which consist of chicken tenders, mozzarella cheese, ranch and buffalo sauce over tater tots) and S’mores Nutella (toasted mini marshmallows and Nutella over a graham cracker crust). 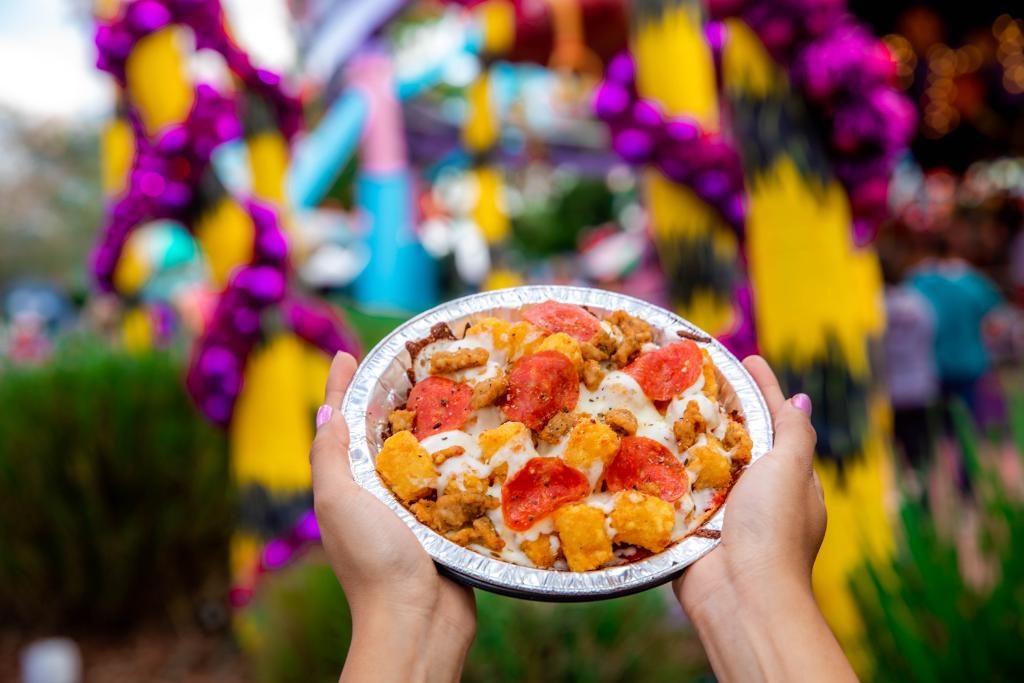 The new version of the food stand’s signature dish also includes tater tots. According to Inside Universal, the “green” part of the dish has a pesto flavor.

The old Green Eggs and Ham sign, however, is nowhere to be seen.

Universal did not immediately respond to Orlando Rising’s questions on the reopened cafe, including whether it will continue to operate on a seasonal basis, if the sign will be reinstalled, and whether the reopening has anything to do with the Warner Bros.-produced “Green Eggs and Ham” animated series that recently debuted on Netflix.