If you were near Orlando and needed a roller coaster fix when COVID-19 restrictions were first lifted in May, you turned to Fun Spot America, an amusement park in the shadow of Universal Orlando on the International Drive tourist corridor.

The 15-acre park was one of the last Orlando attractions to close in March and among the first to reopen, welcoming back guests on May 22. Unlike the larger Universal, SeaWorld or Disney World, Fun Spot did not initially require visitors or all its employees to wear face masks, which weren’t mandated in Orange County, Florida at the time of its reopening.

But according to private inspections of the park, there have been other safety issues at the park related to COVID-19 both before and after the county mask rule went into effect.

Theme Park Tribune has obtained two reports involving Fun Spot America’s Orlando location. These were conducted by an independent company, Advanced Feedback, which sends “secret shoppers” to evaluate businesses — and in this case, its performance on COVID-19 health and safety standards.

The first inspection was conducted on June 6. The secret shoppers gave Fun Spot an up-or-down grade on compliance for 93 different criteria, ranging from whether social distancing reminders were placed at the park’s entrance to whether riders and attendants were wearing masks at the various rides. 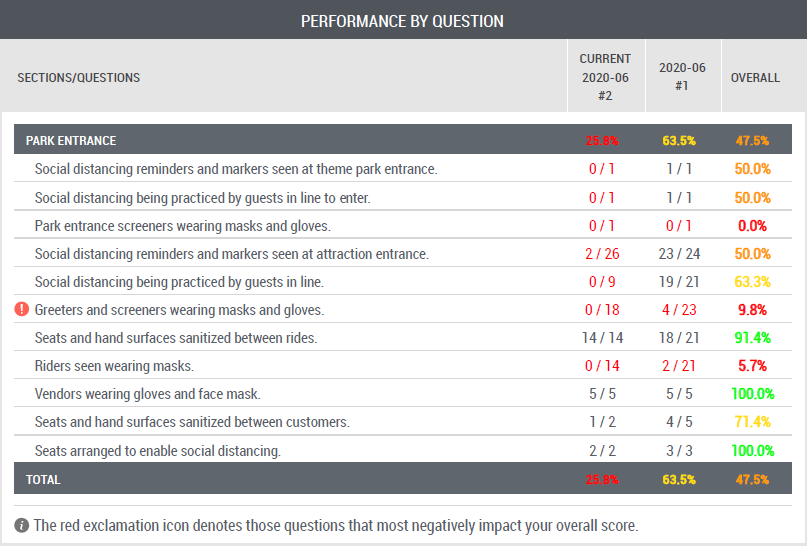 Fun Spot only passed on 24 of these 93 criteria, or 25.8 percent. This was down from passing 63.5 percent of criteria from an inspection conducted earlier in June.

Among the performance standards the park failed, according to the June 6 report, were:

Fun Spot did pass on other criteria, including sanitizing seats and hand surfaces between rides and having food vendors wear gloves and face masks. 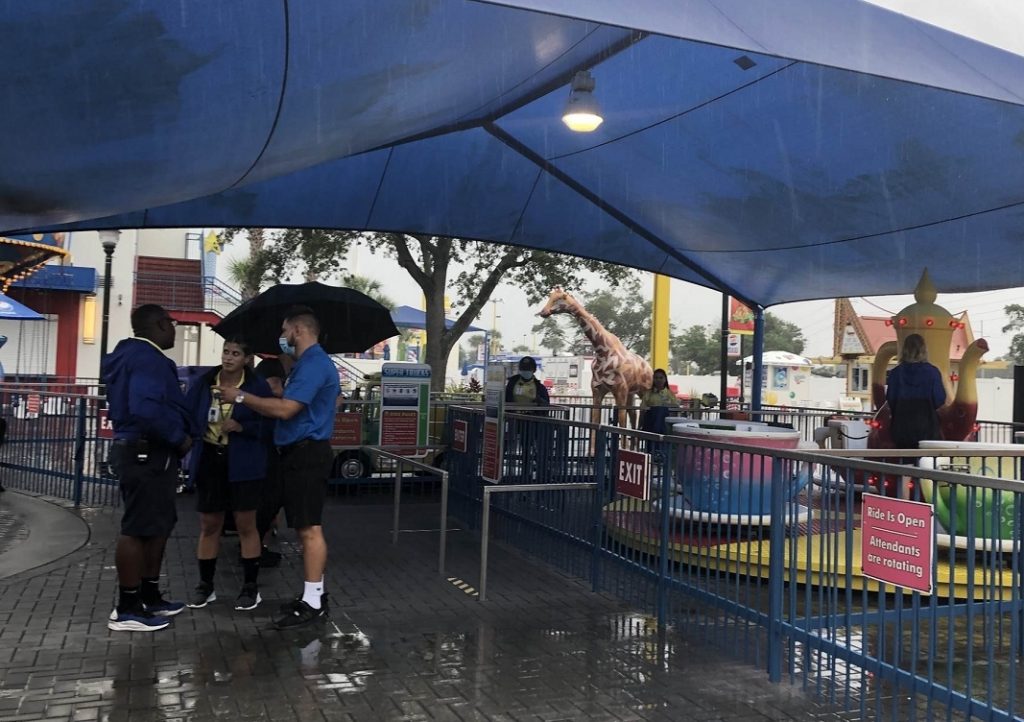 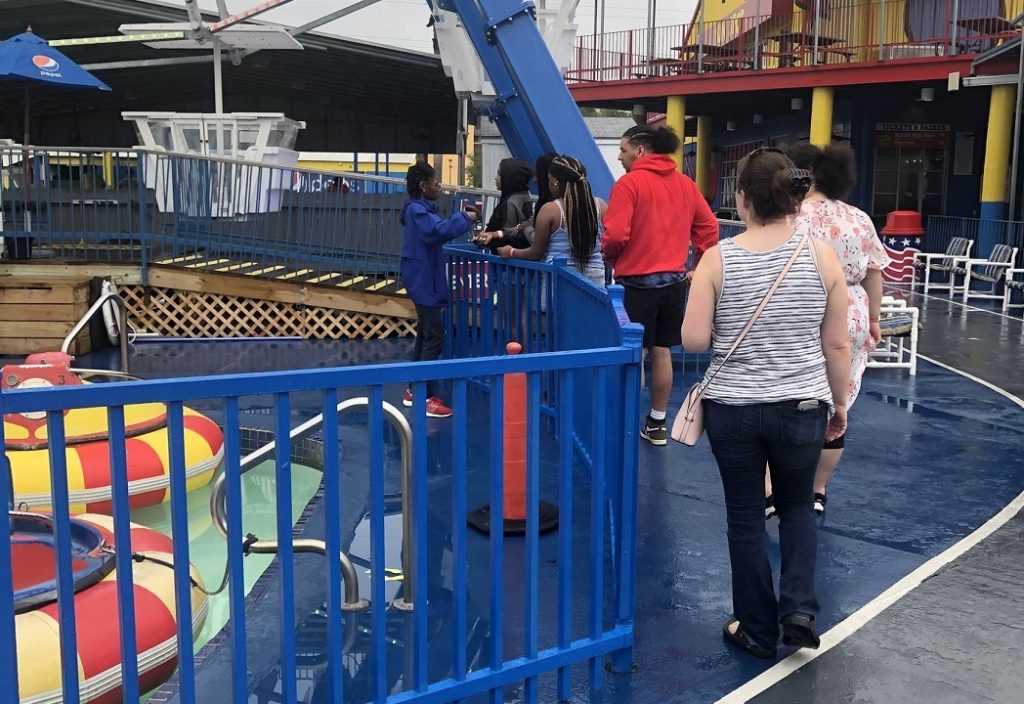 On June 20, Orange County’s face mask mandate went into effect, requiring face coverings to be worn in public spaces. This includes Fun Spot, but a later report found that the county mandate was not being enforced among guests at the parks.

The secret shopper report conducted on July 11 did find some improvements, with most attractions now sporting physical distancing reminders and markers. However, the park still earned a failing grade overall, passing only 61 of the 111 criteria, or 55 percent (the discrepancy between the number of total criteria is attributable to more attractions being open and serving guests on the July 11 visit). 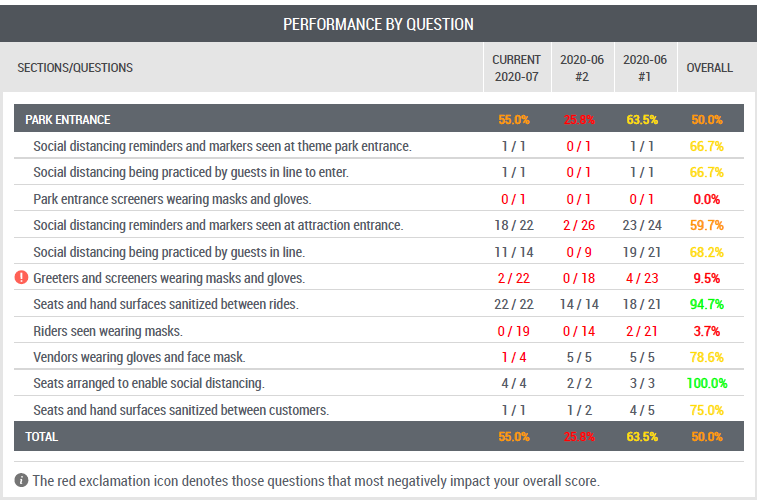 Out of the 19 attractions operating during the secret shopper’s July visit, none had guests consistently wearing their masks, according to the report.

“Most of the guests did not wear masks and there [were] no signs asking us to,” the report said. 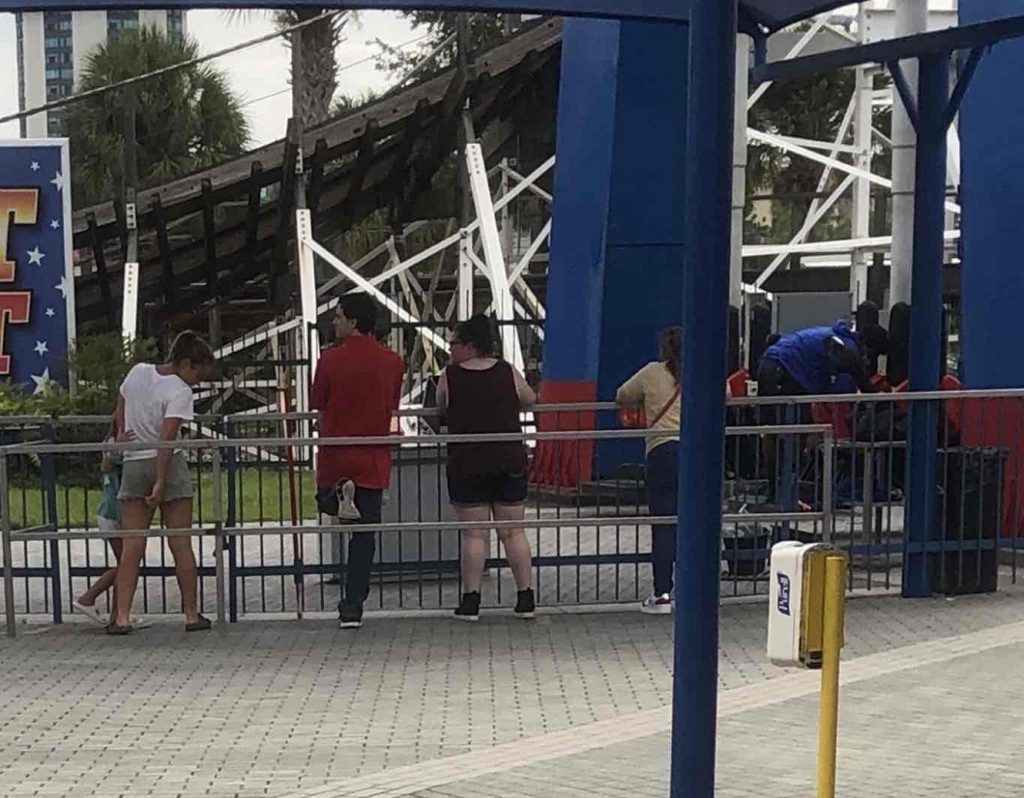 Fun Spot America owner and chairman John Arie Sr. has made his opinion about face masks known on his Facebook post. As previously reported by Theme Park Tribune, Arie shared posts that spread misinformation about masks,  such as the false claims that masks cause oxygen deprivation and carbon dioxide toxicity.

In a May 8 post, Arie made an anti-mask argument that was not attached to any video or meme.

You can see a screenshot of that full post here.

Theme Park Tribune has sent numerous emails to Arie and other Fun Spot America executives, including his son, CEO John Arie Jr., seeking comment on the secret shoppers as well as Arie Sr.’s Facebook posts. Those emails asked for comment on the reports, as well as if Arie Sr.’s personal views on face masks and the pandemic influenced Fun Spot’s safety measures upon reopening. None of those emails received a response.

The Florida Department of Health in Orange County said it has not been notified of any COVID-19 safety violations at the Orlando Fun Spot location.

“The Florida Department of Health in Orange County did consult with Orlando Fun Spot park on their COVID-19 protocols and precautionary plans for reopening,” department spokesperson Kent Donahue told Theme Park Tribune. “Their plan was consistent with the Center for Disease Control and Prevention’s COVID-19 guidelines to prevent the spread of the virus.  Final approval of their plan was reviewed by Orange County government’s Economic Recovery Task Force.”

The task force does have what it calls a “Business Compliance Strike Team” to address complaints about businesses not following COVID-19 safeguards. Orange County spokesperson Despina McLaughlin originally told Theme Park Tribune that the team had received no complaints about Fun Spot. She later corrected that statement, saying the strike team had flagged Fun Spot employees and visitors for not wearing masks on July 14, as first reported by the Orlando Sentinel. In an Aug. 13 visit, inspectors found Fun Spot employees were wearing masks but some guests were not, according to the county.

McLaughlin told Theme Park Tribune that the secret shopper reports “will be reviewed and passed along to the appropriate Strike Team for a compliance visit.”

Editor’s Note: This article was updated on August 26, 2020, after Theme Park Tribune received a corrected statement from Orange County regarding complaints about mask compliance at Fun Spot.