In mid-May, Orlando theme and amusement parks began to awaken from their COVID-19-induced slumber — and the first to reopen was the International Drive location of Fun Spot America.

Fun Spot’s reopening safety measures, approved at both the county and state level, did not require face masks to be worn by guests when they arrived back at the park on May 22. Orange County, Florida had not yet mandated the use of face masks in public areas, but larger parks run by Disney, Universal and SeaWorld had planned to require them anyway.

“I’m in the ride business too, you know, and grieve for your financial loss,” Kitchen wrote in a May 2020 email. “I want all the parks to open soon, but not at the expense of the lives of people who assume they are safe, and are not.”

Kitchen and the Aries are not strangers; in 2004, John Arie Sr. bought the Skycoaster thrill ride next to Kissimmee’s Old Town attraction from Kitchen. Arie expanded the ride lineup surrounding Kitchen’s attraction, turning it into Fun Spot America’s Kissimmee location.

In a May 2020 email exchange that Kitchen provided to Theme Park Tribune, John Arie Sr. forwarded Kitchen’s email to his son, with a note that emphasized his own personal views on the pandemic.

“I think Bill’s concern is genuine, but as you know, I believe this COVID19 alarm and quarantine with our economic collapse is not warranted,” wrote Arie Sr. “I believe it is more likely to be a case of fear generated by the media and our government than reality as based in facts, statistics and numbers. I have no fear of this virus as I believe the infections and fatalities to be a little more than a high flu year, as in 2018.”

In contrast, the deadliest flu season in the past decade, in 2017-18, led to an estimated 61,000 deaths, according to the U.S. Centers for Disease Control and Prevention (CDC).

Aerie went on to write, “I believe God has designed our bodies to heal and our immune systems to protect us as it has done for centuries. Our immune systems cannot develop and protect us if we are forced to ‘stay in place’ and quarantined. In summary, I believe the fear generated is not warranted by the facts and we must have faith that God is in control. I am confident that you will open and operate FSA safely and in full compliance of established guidelines.”

There was also no truth to Arie’s claim that social distancing weakens the body’s immune system. By this point, Arie had already repeatedly shared misinformation about the pandemic on his Facebook page, including YouTube videos from anti-vaccine groups which falsely claimed that wearing face masks would cause oxygen deprivation and carbon dioxide toxicity. These claims are easily disproved by the experience of health care workers who routinely wear face masks for hours without any severe impact to their health.

With Arie Sr. in the process of retiring, his son would be the one to implement any immediate changes at the park. However, Kitchen felt Fun Spot CEO John Arie Jr.’s response to his concerns was dismissive.

“Fun Spot America Orlando has reopened under the guidelines from the federal, state, and local officials,” Arie Jr. wrote to Kitchen. “We did not make the rules for reopening but we are complying by them. By the way, there are many other attractions in central Florida that are officially open or opening soon. I would like to ask you to please stop emailing us and allow us to operate our parks as safe, clean and fun as we possibly can under the USA government, State of Florida, Orange County, and the CDC guidelines.”

Inspections of the parks since May have shown otherwise. In private “secret shopper” reports obtained by Theme Park Tribune earlier this year, Fun Spot America’s Orlando location was given failing grades on COVID-19 safety standards.

Kitchen had taken his concerns to county officials soon after getting the brush-off from the Aries, but he told Theme Park Tribune that the county was “powerless to do anything” about Fun Spot’s lack of masks until there was a county mandate.

Once the county mask mandate was in place, the Orlando park failed another secret shopper report. It also failed four inspections by a county “strike team” tasked with evaluating businesses’ compliance with COVID-19 safety rules.

Fun Spot America has not responded to multiple requests for comment from Theme Park Tribune on the Orlando park’s COVID-19 procedures or how John Arie Sr.’s false claims about the pandemic have influenced those procedures. John Arie Jr. did tell WFTV in August regarding the mask mandate, “It’s really hard for us to enforce it when our local law enforcement doesn’t.”

It took until the county’s fifth visit to Fun Spot on Oct. 28 for the park to pass an inspection.

“The Strike Teams will continue to monitor all the theme parks, even those that have been found in compliance, with unannounced visits,” Orange County spokesperson Despina McLaughlin told Theme Park Tribune.

Kitchen found something different in his own Oct. 31 visit to the park.

“When the patrons entered the park at the front gate, they were required to be wearing a mask, but after they got in the park, it was not enforced,” he told Theme Park Tribune. 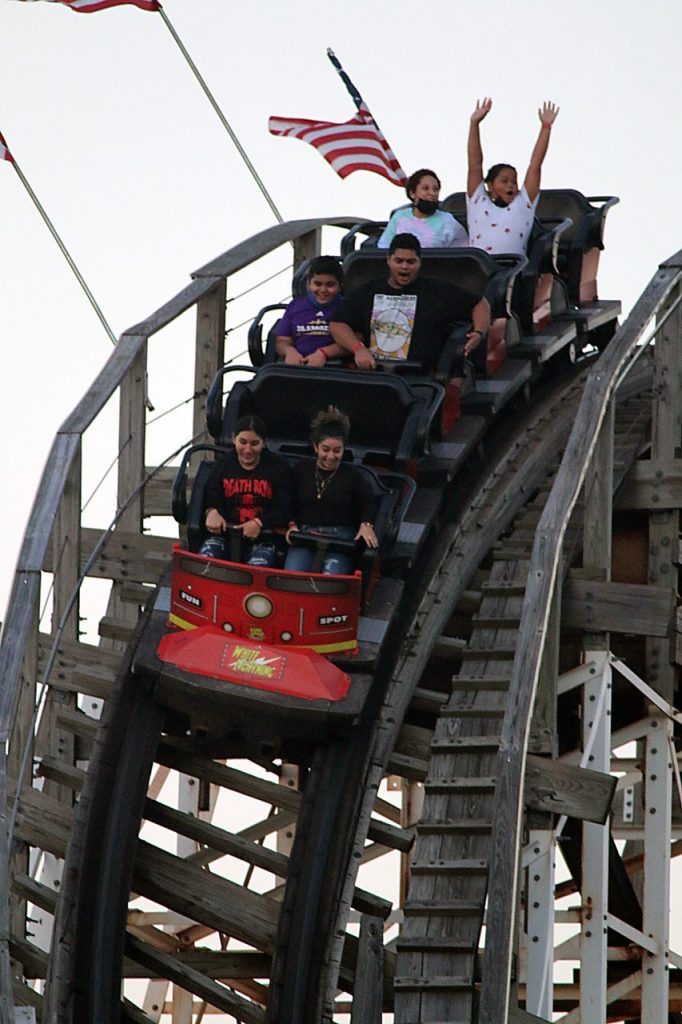 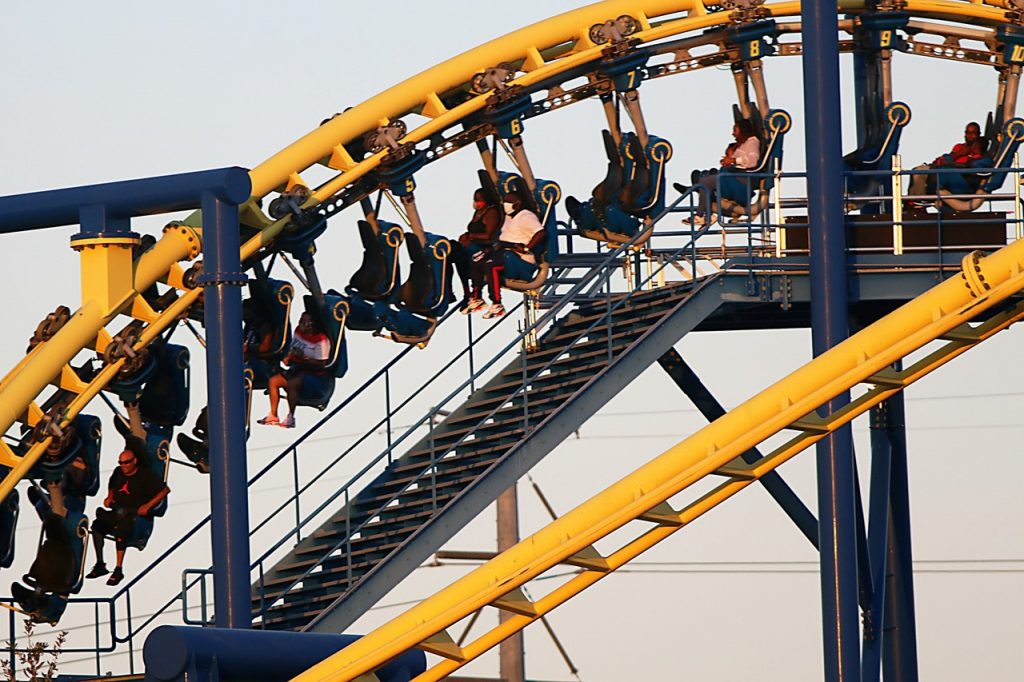 Health experts have expressed concerns about how respiratory droplets — thought to be the primary driver of spreading the coronavirus that causes COVID-19 — may be transmitted on high-speed rides like roller coasters. It’s why in Japanese theme parks that require masks, guests have been told not to scream on coasters.

Kitchen has similar concerns. He told Theme Park Tribune that he asked Fun Spot and other Central Florida parks for access to a coaster to show how infectious droplets may spread.

So far, no parks have taken him up on his offer, but those other parks have also shown consistent enforcement of COVID safety rules, in Kitchen’s experience. Fun Spot, on the other hand, he called “reckless and careless” for not complying with the county’s mask mandate or other safeguards.

“Everyone’s concerned that COVID is bad for business, but it’s a fact of life, so we have to protect the public,” Kitchen said. “We can stay open, we should stay open, but we should do it with every safety precaution we can and those patrons who refuse to participate should not be allowed to remain in the parks.”