It’s been more than a decade since Disney first announced plans for Flamingo Crossings, a mixed-use, budget-minded development on the western edge of Walt Disney World in Winter Garden. The Great Recession quickly put those plans on hold, but according to new construction permits, new hotels will soon be built on the site.

Two other Marriott hotels — TownePlace Suites and SpringHill Suites—are the only other signs of development on this property, having opened in 2016 just to the west of SR 429.

The project is a partnership between two Huntsville, Alabama-based companies: Yedla Management Company and developer Doradus Partners. In details shared by Doradus, each of the four hotels would offer options to guests from studio rooms to two-bedroom suites, with 1,000 rooms expected to be available across all four hotels.

Like the two existing facilities, there would be some sharing of amenities. Home2 Suites and Homewood Suites, for example, would have a shared zero-entry pool with a water slide. The permits also show upward of 4,000 square feet of planned convention space. 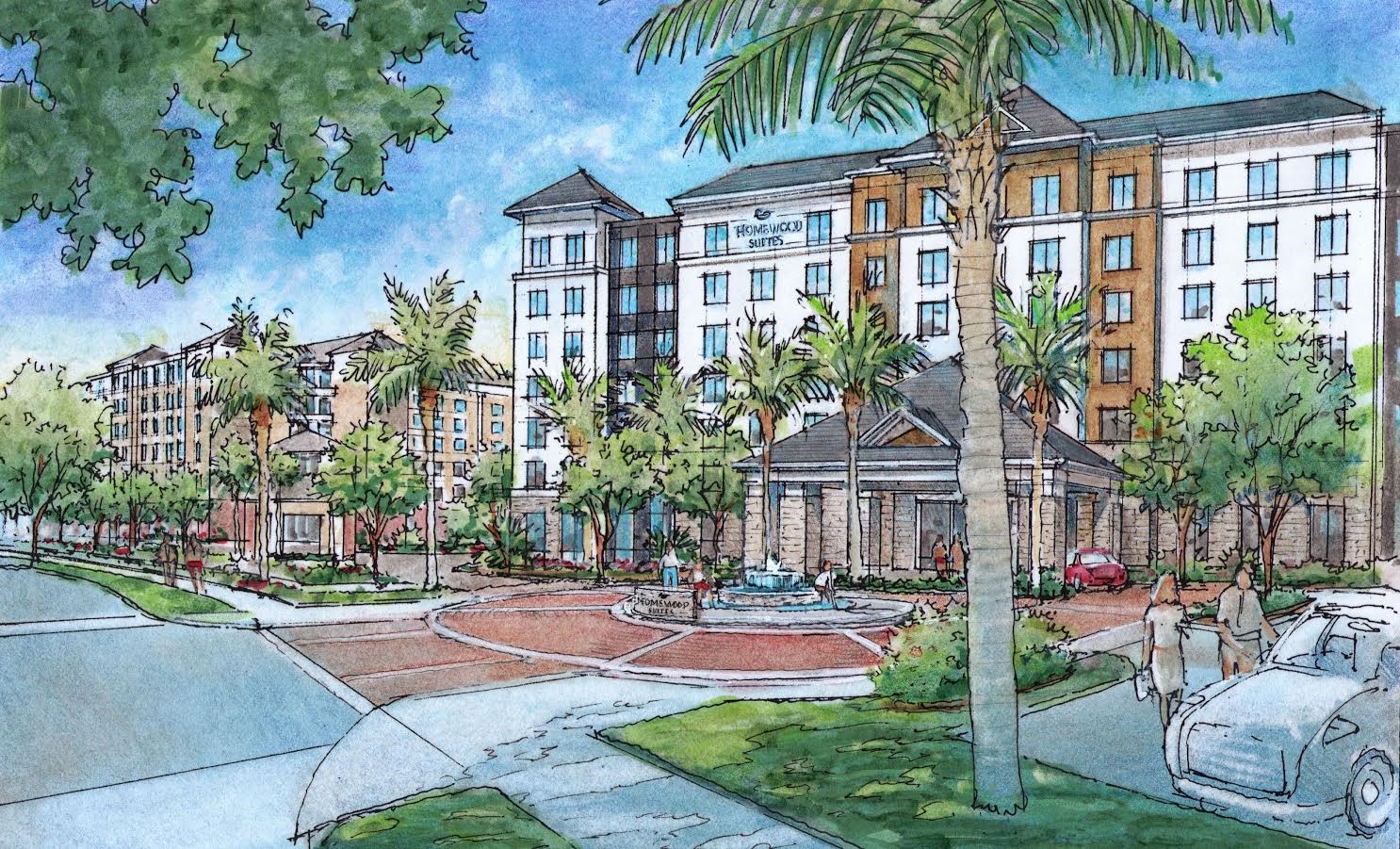 If completed, the new hotels would represent quite a change for the long-dormant property adjacent to Disney World. First announced by Disney in 2007, the early plans included up to 500,000 square feet of retail space and as many 5,000 low-priced hotel rooms. The economic downturn left the project in limbo, though site clearing and road construction went ahead—without tenants to make much use of them.

The empty space began to be filled with the two aforementioned hotels, first announced in 2014 and opened less than two years later.

Now, Disney is pushing forward with bigger development plans for the site. The company’s senior real estate manager, Henry Thrash, told the International Council of Shopping Centers in 2017 at least 13 more hotels would be built (not including the four included in the more recent permits) along with a “town center”-style retail corridor with 237,000 square feet of shopping space. 1,300 apartments would also be constructed in a later phase of the project.

The targets for this development would be both locals—offering a geographic counterbalance to all the retail options at Disney Springs, on the opposite side of Disney property—as well as budget-minded Walt Disney World visitors and sports groups coming for competitions at the ESPN Wide World of Sports complex. Those groups typically stay at Disney’s All-Star resorts, the cheapest lodging operated by the Mouse, but offering additional options at a lower price point keeps groups from straying too far from Walt Disney World.