The new Toy Story Land at Disney’s Hollywood Studios takes on a different aura once the sun goes down as Orlando Rising got to see during a special preview of the area Thursday.

Disney’s hope is the multicolored lights strung up around the land will draw guests which have already visited during the day back to Toy Story Land after dark.

The night also brings somewhat different experiences to the park’s two new rides, Slinky Dog Dash and Alien Swirling Saucers, with more noticeable lighting effects than during our earlier look at the land.

Guests will have plenty of chances to see this area at night as Disney’s Hollywood Studios will be open until 10:30 p.m. to accommodate the big crowds expected once Toy Story Land opens Saturday. 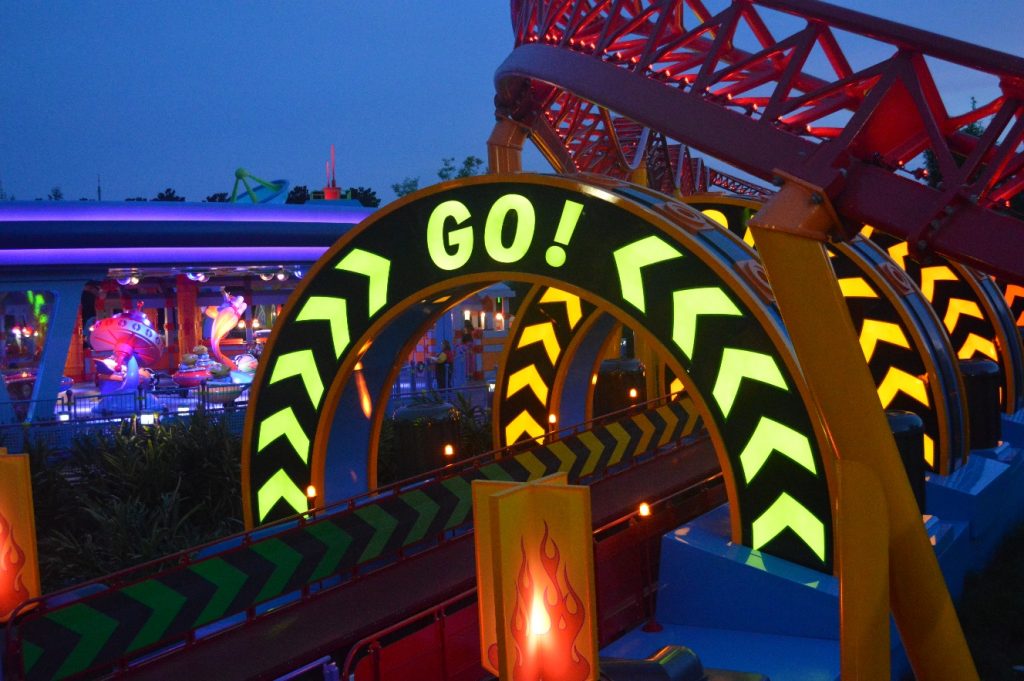 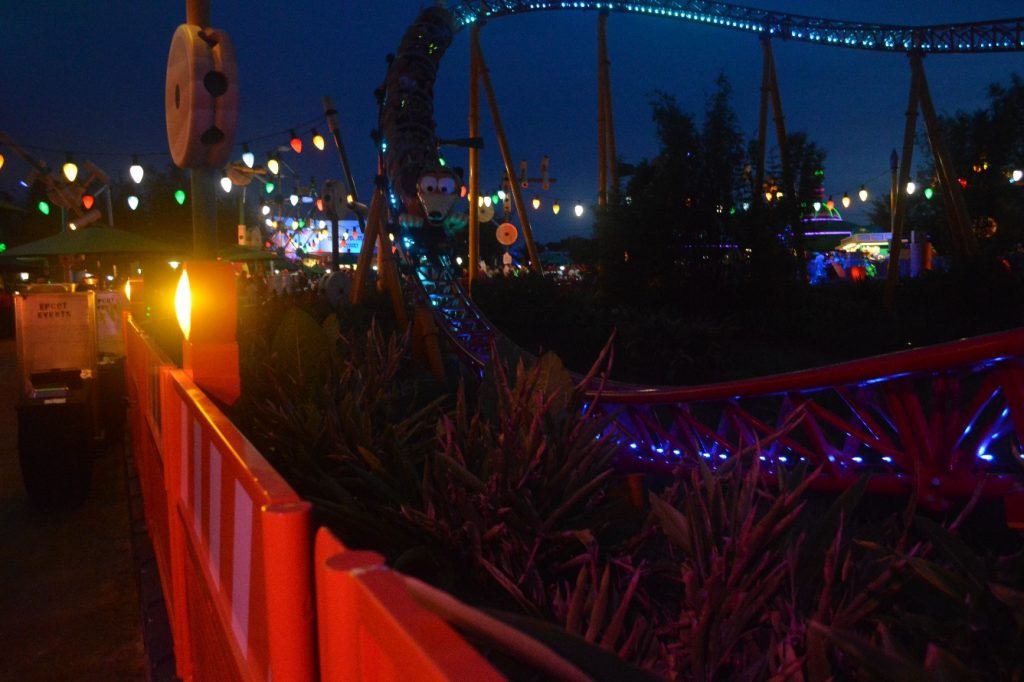 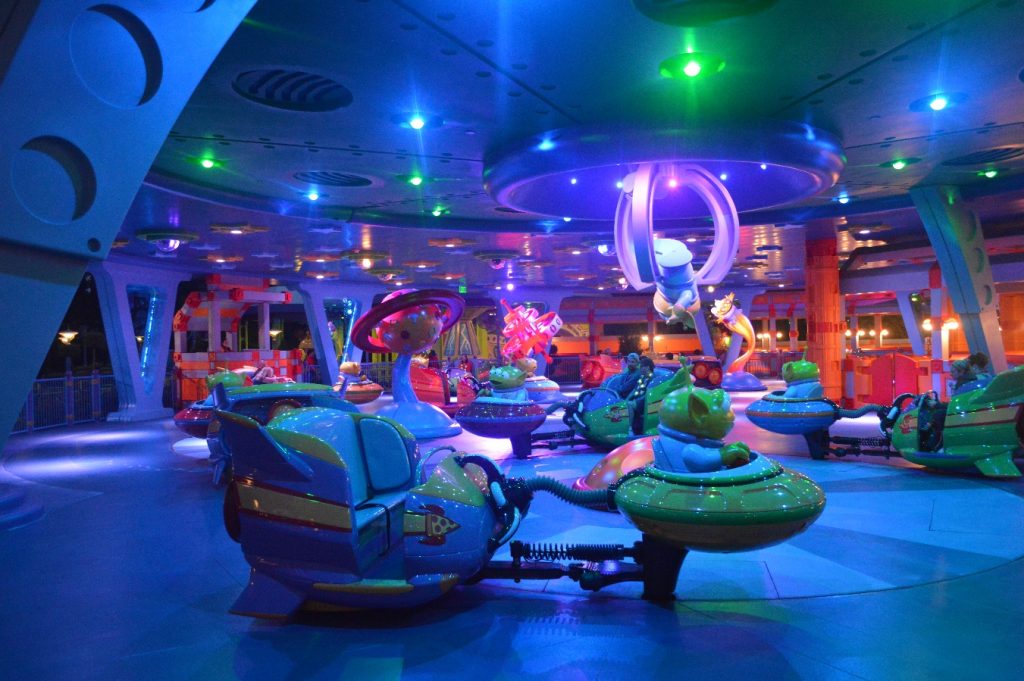 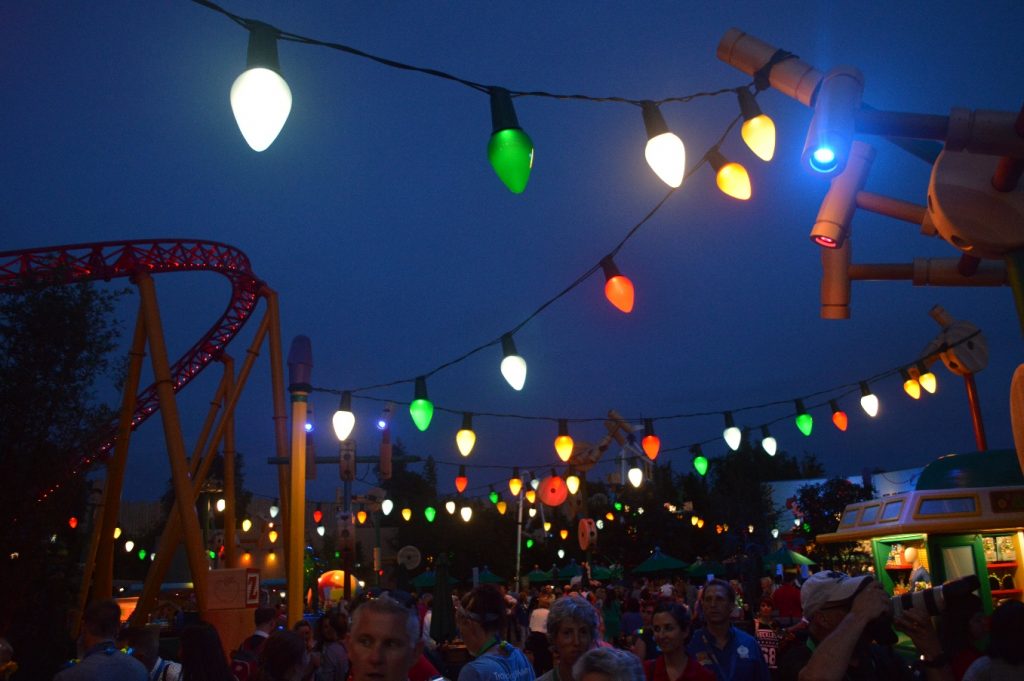 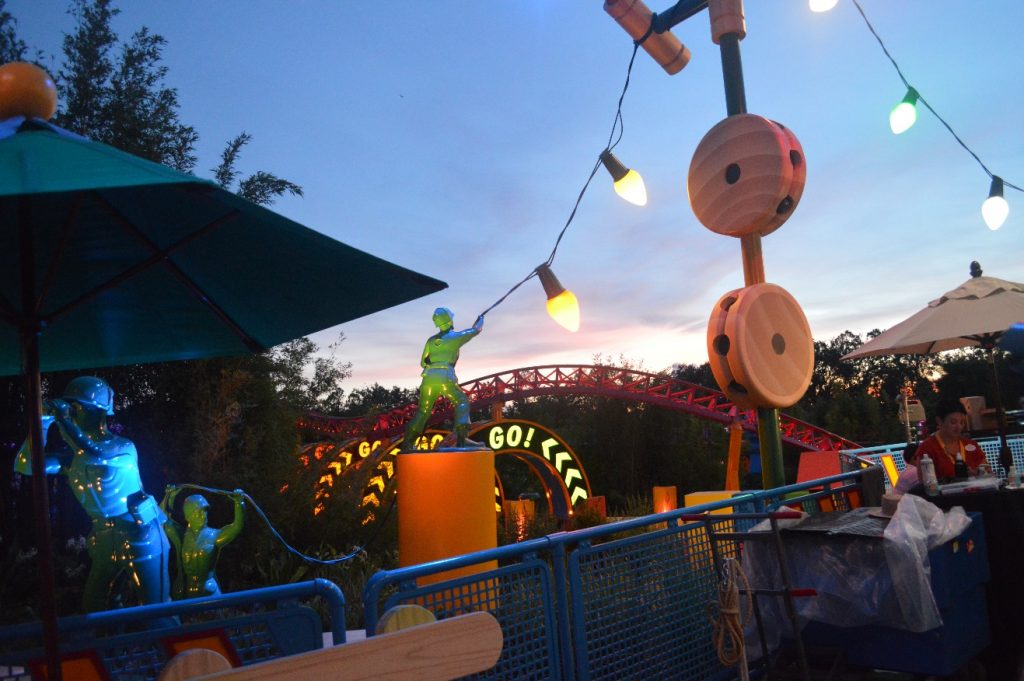 The Green Army Patrol is shown stringing up these lights. 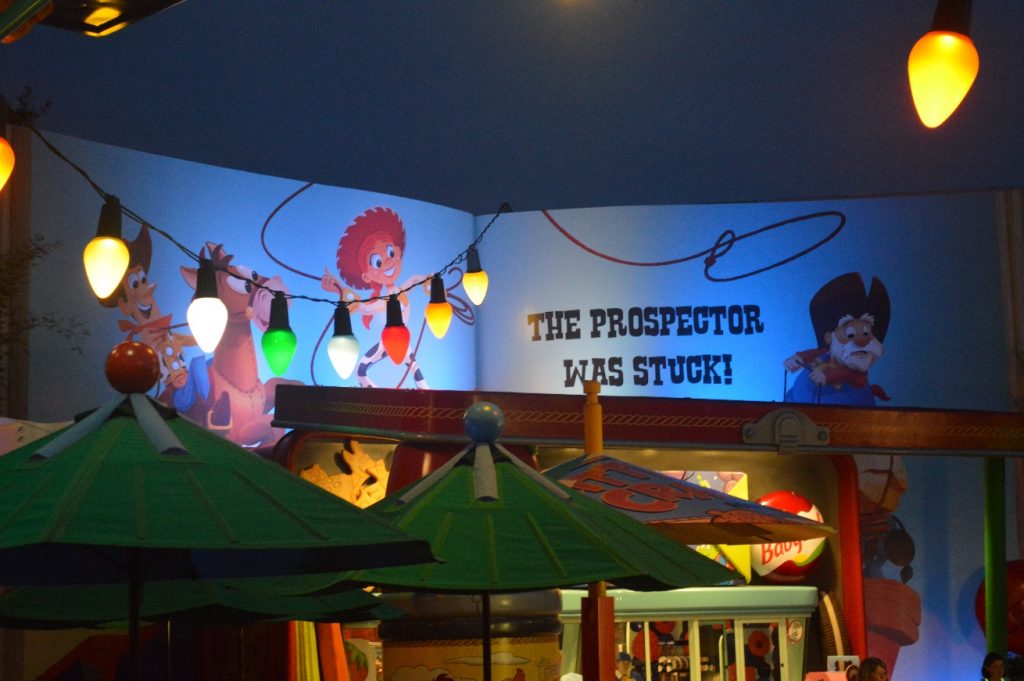 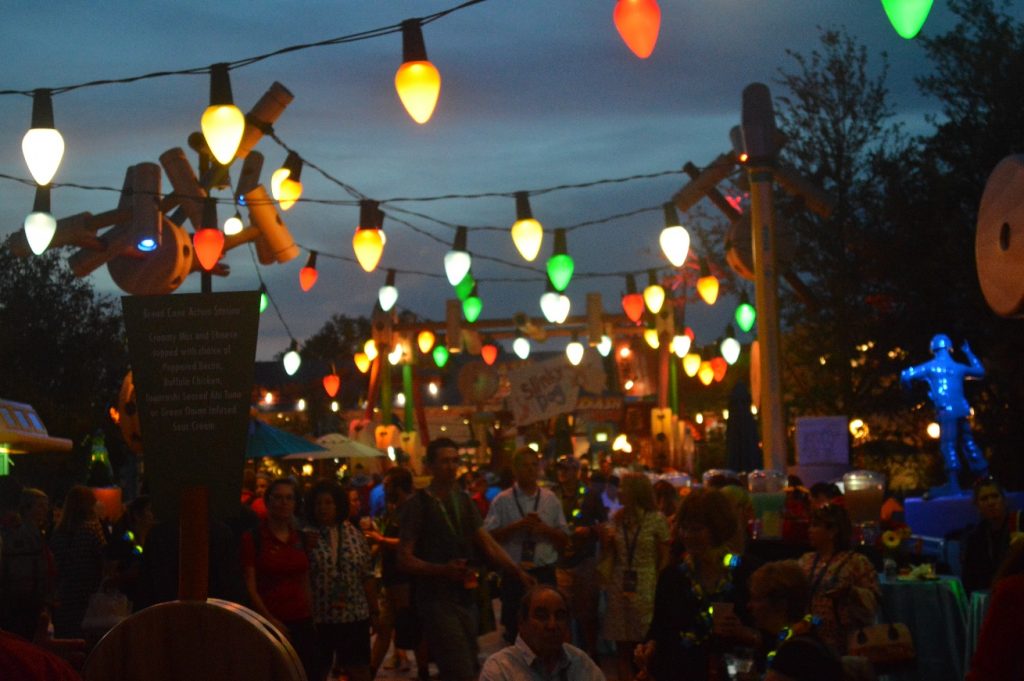 The lights can be seen everywhere in Toy Story Land. 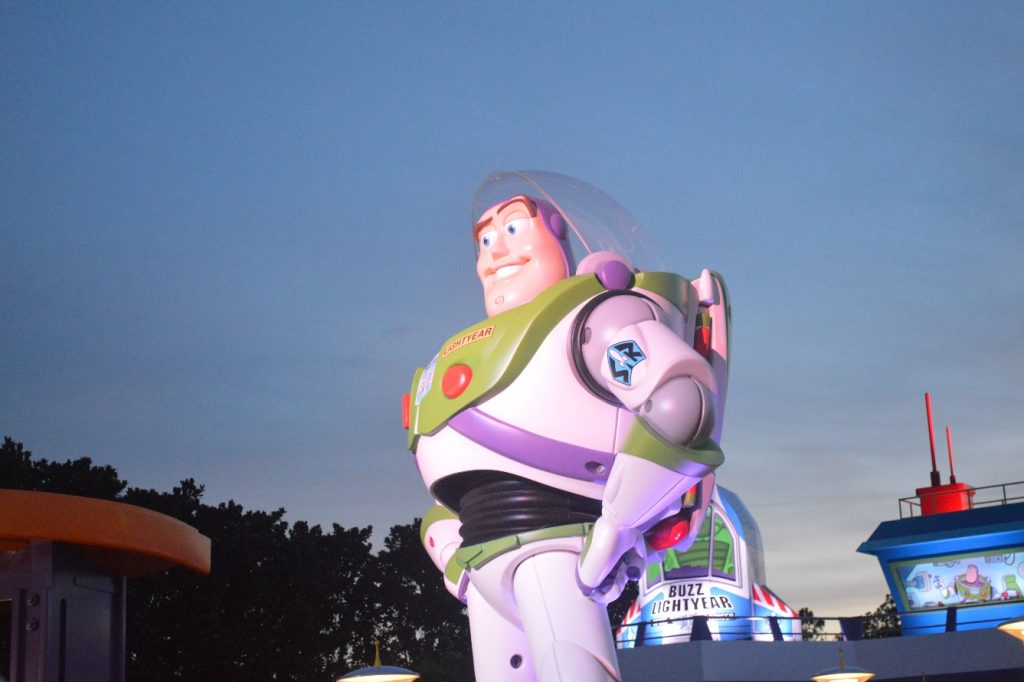 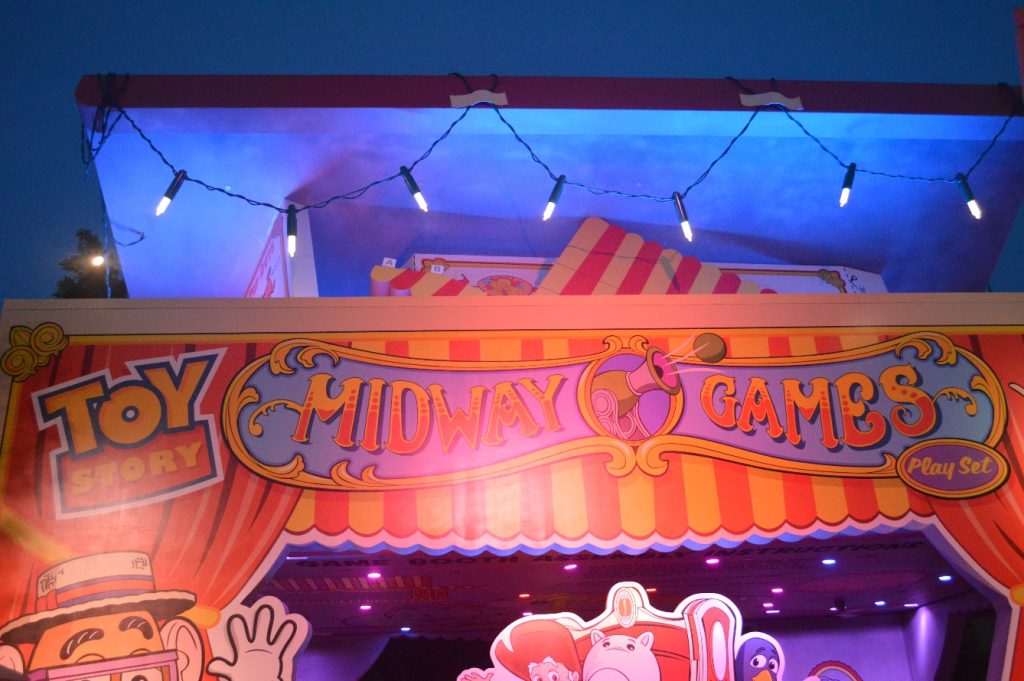 More lights can be found by the new entrance to Toy Story Mania. 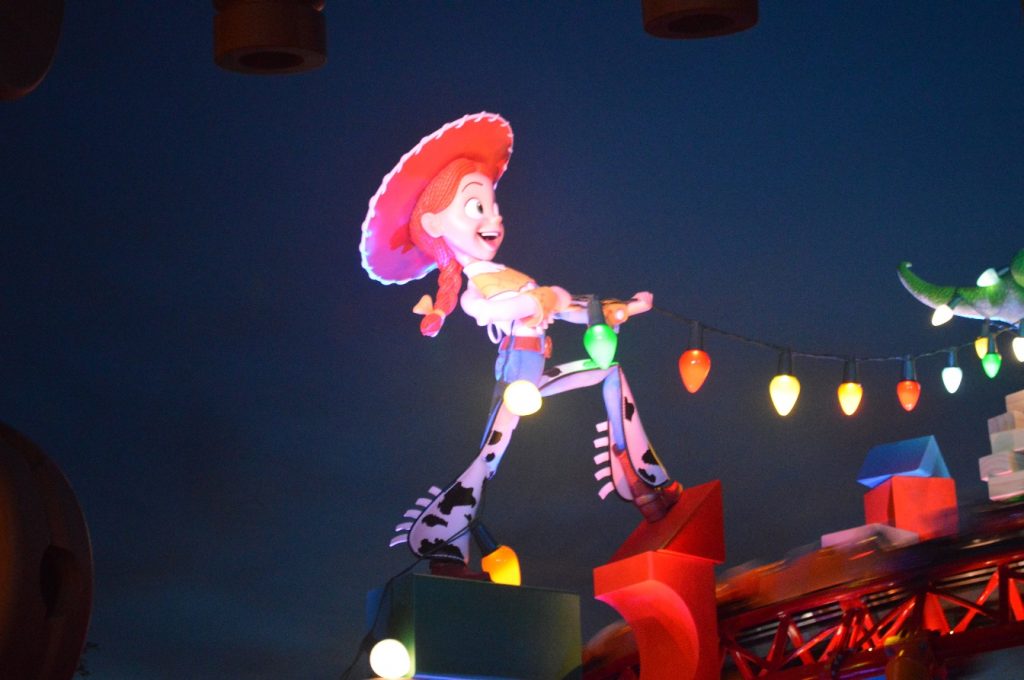 Jessie helping out with the lights around Slinky Dog Dash.