Disney World fans active on Twitter over the weekend may have noticed an unusual story trending on various Disney-centric accounts. Buzzy, the animatronic host of the long-shuttered Cranium Command at Epcot, has allegedly been stolen.

The report originated from an account called DreamfinderGuy. He relayed what he admits is secondhand information from another Twitter user, known as BackdoorDisney, who has gained infamy in recent months by releasing photos from off-limits areas around Disney World such as the closed Stitch’s Great Escape attraction.

According to their version of events, sometime in November, someone snuck into the shuttered Cranium Command attraction and stole the Buzzy animatronic.

“So, the story as it goes from him was that Buzzy was removed from the theatre, had his hydraulics slashed and everything, and just ripped off and taken out,” DreamfinderGuy tweeted on Sunday. “This was done via the lift underneath Buzzy, which someone probably left the keys into.”

In a message sent to Orlando Rising, DreamfinderGuy further added that the alleged theft left quite the mess, with hydraulic fluid having “spewed out” onto the Cranium Command stage. He claimed the Orange County Sheriff’s Office suspected the man running the Backdoor Disney account, which has since been taken down, had orchestrated the theft and executed a search warrant at his house, but found nothing.

The theft has been proclaimed as “confirmed” by other Twitter accounts and WDW News Today. Orlando Rising, however, has been unable to independently verify any part of the story. Disney did not respond to a request for comment on the alleged theft and Orange County Sheriff’s Office said a request for records on the reported search warrant could not be fulfilled until after Christmas. 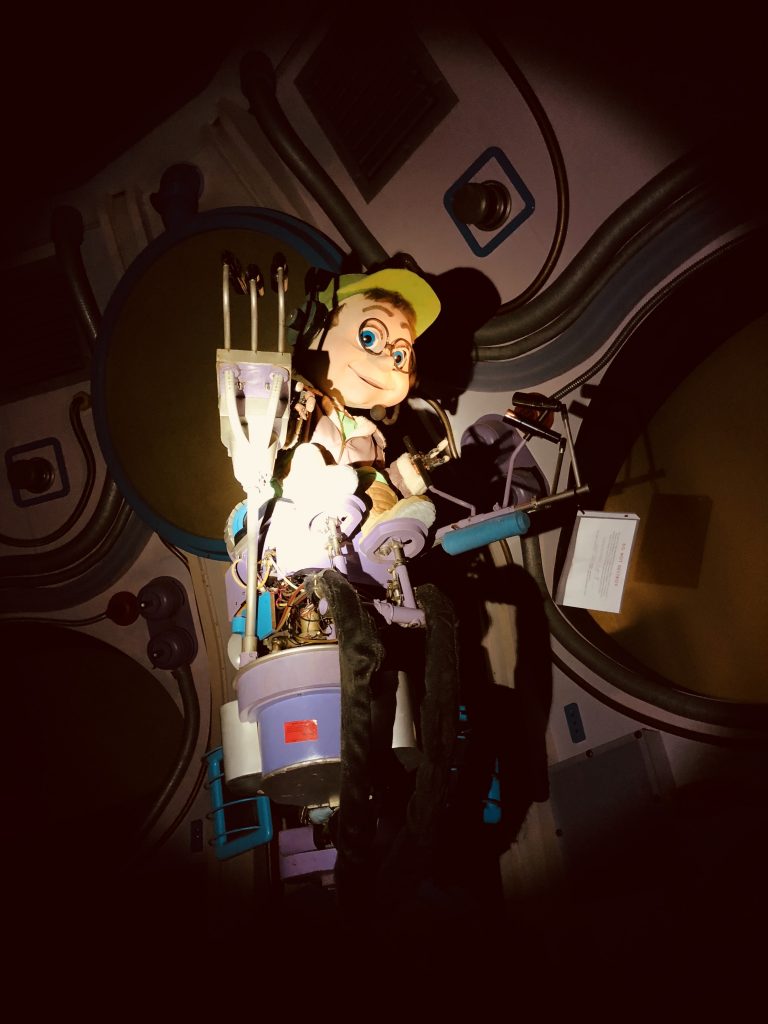 This is perhaps the most attention paid to Buzzy in years. Cranium Command, along with other attractions in the Epcot’s Wonders of Life pavilion, have been closed to guests since 2007. Earlier this year, Orlando Rising spoke to a man who had snuck into the shuttered Cranium Command theater, finding much of it remained intact after 11 years of neglect.

“I’m willing to say that if they put a little bit of time into that, it would be able to run again,” said the man, who asked to be identified only as Allen.

According to photos Allen provided to Orlando Rising, Buzzy was marked with a “Do Not Destroy” tag. This means the Walt Disney Company has identified it as having “historical significance” and therefore should be submitted to the company’s archives instead of being scrapped.

This raises the possibility that Disney has simply taken the step — 11 years after the attraction last entertained Epcot guests — of removing Buzzy from the theatre in the name of preservation.

If Buzzy was indeed stolen, there’s no shortage of questions on how anyone could have pulled it off. How did they disconnect the figure from its hydraulic systems? How did they escape without being noticed by Epcot security? Do the culprits work for Disney?

Bill Zanetti, a founding member of the Entertainment Management Advisory Board at the University of Central Florida, said one part of the alleged theft story makes sense: the animatronic’s hydraulics likely wouldn’t have been completely disabled.

“When you have an attraction that uses hydraulic power, it makes maintenance easier to leave it in a low power state,” Zanetti said. “There’s stories of cast members, during early morning ‘track walks’ of the Dinosaur ride, seeing the animatronic dinosaurs move a little because they’re in a low power state.”