Getting on the new rides at the just-opened Toy Story Land at Disney’s Hollywood Studios may take up most of your day at Walt Disney World — with waits for new Slinky Dog Dash hitting nearly five hours June 30, the park’s opening day — but guests can still try out the land’s new food options and exclusive merchandise without making such a big-time commitment.

For food, the only game in town is Woody’s Lunchbox, a walk-up window restaurant with no indoor seating. 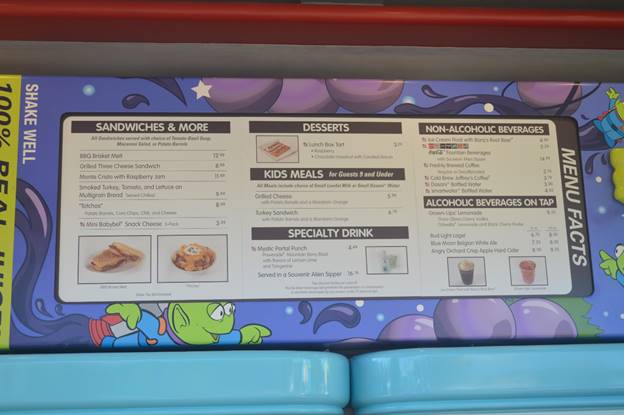 The full menu at Woody’s Lunchbox.

This isn’t the typical Disney park fare of burgers, pizza and chicken nuggets. The food taking inspiration from the Toy Story films without having any particular item guests wanted to see jump off the movie screen, a la Butterbeer from “Harry Potter” which has become so popular at Universal Orlando.

“We want to take things that are classic, that are nostalgic, but put a fun, creative twist on them,” said Walt Disney World spokesperson Evan Rosenthal.

Breakfast, lunch and dinner options will be served, with the breakfast dishes only being available in the morning. Those will include a breakfast bowl with potato barrels (also known as tater tots) covered in smoked brisket country gravy, scrambled eggs and green onions. 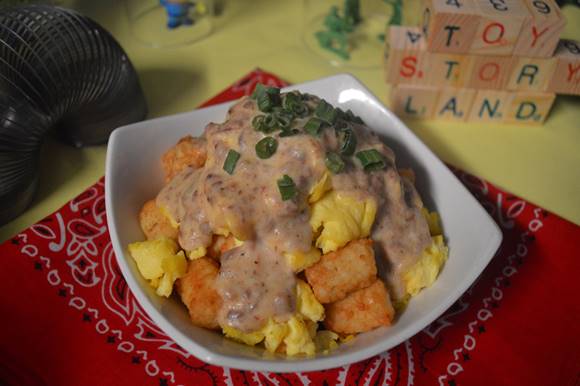 The bowls will be available in a smaller kids’ meal size, as will the smoked turkey breast sandwich and the s’more French toast sandwich, which is made up of marshmallow fluff and chocolate ganache between two slices of brioche bread covered in graham cracker crumbs.

For lunch and dinner, the sandwich options include a BBQ brisket melt and a grilled three-cheese sandwich with provolone, cheddar and a cheddar cream cheese spread. If you’re in the mood for something messier, try the “Totchos” — a bowl of tots topped with chili, shredded cheese, queso with tomatoes and corn chips. 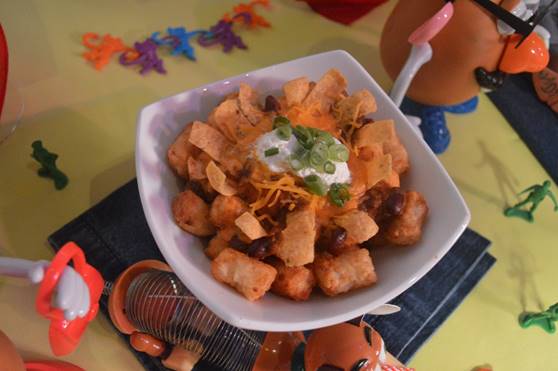 The “Totchos” are available for lunch and dinner.

The hit of the press preview and the VIP event for Toy Story Land, however, were the Lunch Box Tarts. Available in a raspberry-topped-with-strawberry flavor or a chocolate hazelnut variety with maple frosting and candied bacon, these desserts will be available throughout the day at Woody’s Lunchbox. Just make sure not to call it a Pop Tart — these are much chewier and denser than their prepackaged, store-bought cousins. 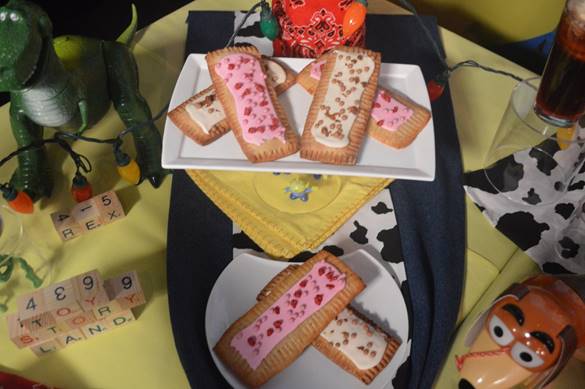 If you’re a Disney World foodie, you should try out these options as soon as possible. Typical procedure for new theme park restaurants is to start with a larger menu, see what guests order the most, then discontinue the less popular options in the name of efficiency after a few months of operation. A recent example was Universal’s Volcano Bay water park, where more than two dozen menu items were removed from its restaurants two months after the park opened.

For merchandise, the options aren’t as extensive at Toy Story Land. One of the victims of scaled-back plans for the area was Al’s Toy Barn, a store seen in Toy Story 2, leaving the land with only a handful of merchandise carts. Even these fit in with the land’s theme of guests being shrunk down to the size of a toy in Andy’s backyard. 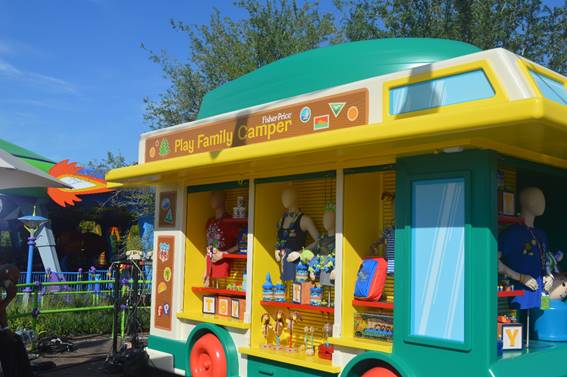 Not all of the merchandise is based around the new land but among the new offerings are mugs and shirts emblazoned with the Toy Story Land logo, as well as a playset based on the new Slinky Dog Dash roller coaster — with a car that launches just like the ride vehicle. 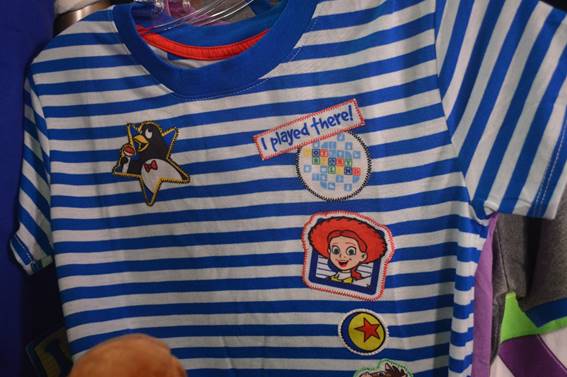 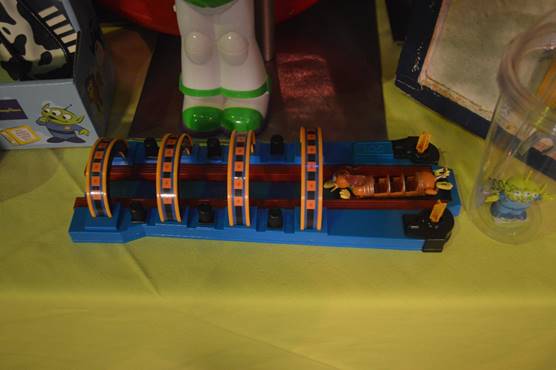 Outside of Toy Story Land, the merchandise can be found in other shops in Disney’s Hollywood Studios, particularly Beverly Sunset in the Sunset Boulevard and the Mickey’s of Hollywood shop near the front of the park. It’s also available on the Shop Disney Parks mobile app.