Legoland had set its opening date more than a month ago and sent out invites to members of the media for a preview of the new land. SeaWorld had recently hosted a tour of the still-active Sesame Street construction site, but the opening date for the expansion was only announced on Wednesday. 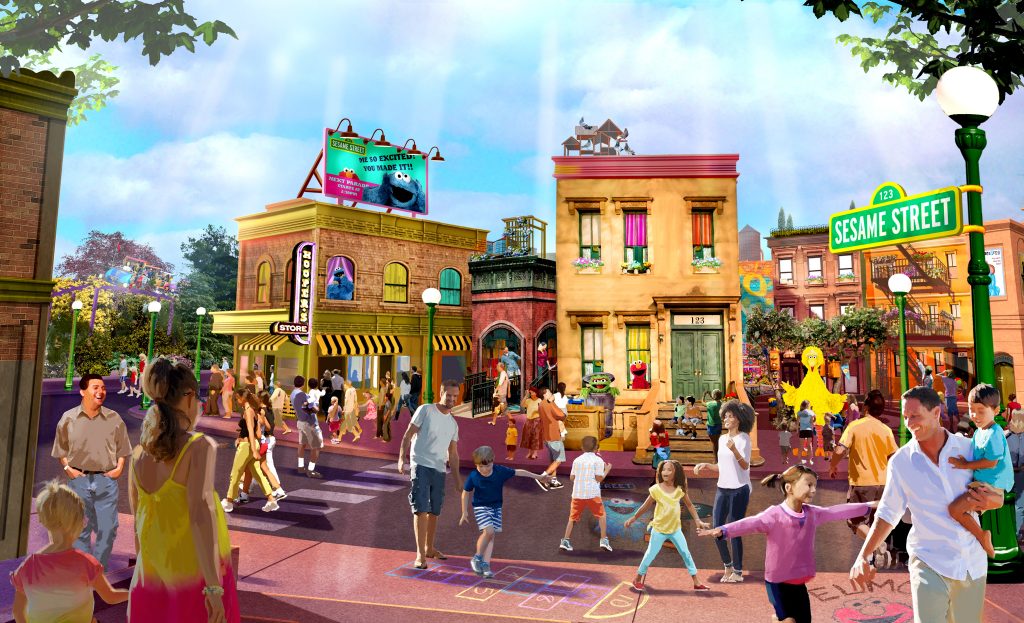 “We are thrilled to announce the opening date for this much anticipated attraction and we cannot wait to welcome guests to Sesame Street at SeaWorld Orlando on March 27,” SeaWorld Orlando park president Mark Pauls said in a press release. “With over 30 new ways to play and an award-winning parade, this is an attraction that guests of all ages are going to love.”

The new area at SeaWorld will feature the park’s first-ever parade, character meet-and-greets and a recreation of Sesame Street, including familiar locales like Hooper’s Store and the 123 stoop. It will also feature six attractions, all rethemed from the old Shamu’s Happy Harbor section of the park, including a revamped kid-friendly coaster, Super Grover’s Box Car Derby. 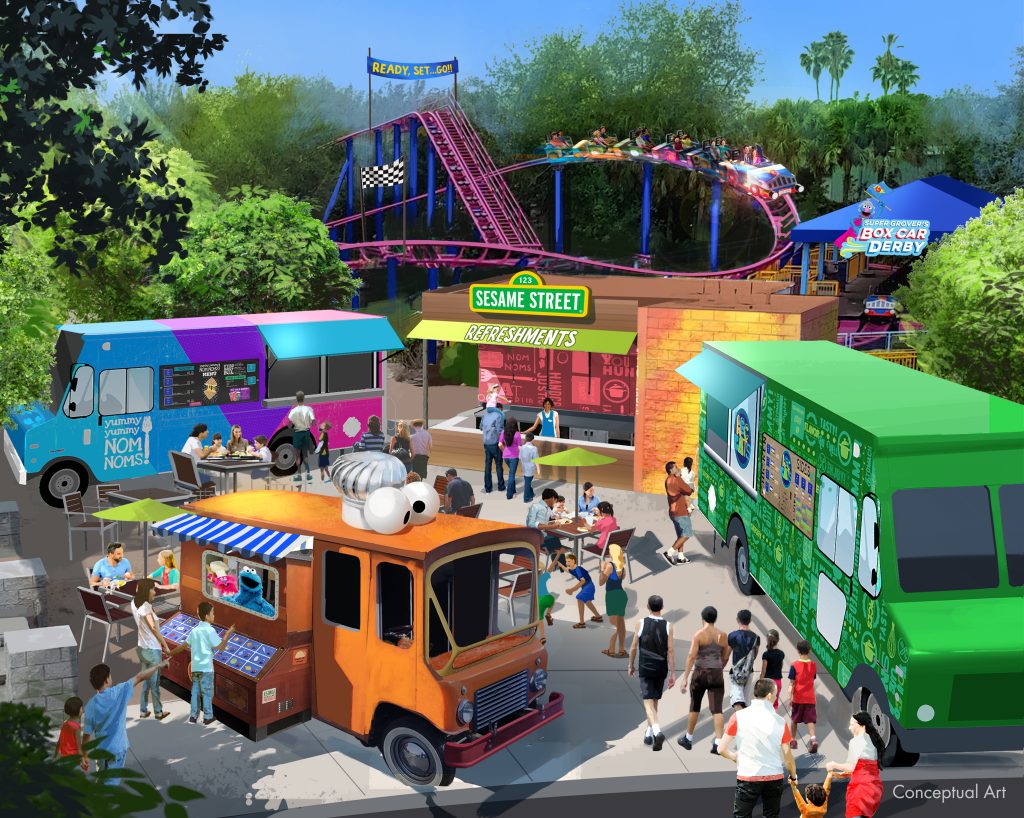 Lego Movie World will feature two brand new rides — Lego Movie Masters of Flight and Unikitty’s Disco Drop — and one rethemed attraction, Battle of Bricksburg, which takes the place of the former Quest for Chi ride.

Gamesmanship is common among Central Florida’s theme parks. Disney World and Universal Orlando often time their announcements to compete for media attention, such as when the name and opening date for Universal’s new “Harry Potter”-themed coaster and Disney’s latest Epcot plans were announced within minutes of each other on Feb. 21.

But parks have rarely, if ever, positioned the opening of major new attractions on the same day. It could signal a new level of competition between the two parks, with the addition of Sesame Street by SeaWorld aimed precisely at Legoland’s target audience of families with young kids in preschool and elementary school.

“New attractions to the area give guests and out-of-town visitors more reasons to visit Florida, thus boosting the economy which is good for all of us,” Legoland Florida said in a statement to Orlando Rising after SeaWorld’s announcement. “We’re excited to provide our guests with the ultimate theater-to-theme park experience at the first, and only location to feature the Lego Movie World when it opens on March 27.”

SeaWorld Orlando did not respond to a request for comment on why it scheduled the Sesame Street opening date on the same date as Lego Movie World’s unveiling.

Duncan Dickson, a former Disney executive who is now associate professor at the Rosen College of Hospitality Management at the University of Central Florida, said the competing openings are “just the normal course of business” that won’t have any lasting impact on either park.

“I don’t foresee any long-term effect,” he told Orlando Rising. “I think both areas will do quite well and address a specific audience need for both parks.”