Disney California Adventure will offer a new hard-ticket food and merchandise event called A Touch of Disney starting March 18, offering guests their first chance to explore much of the park since the COVID-19 pandemic began.

This is the Disneyland Resort’s first foray into food festival events to make up for the fact that theme parks are not allowed to fully reopen in California. The price tag will be $75 — $30 more than the Taste of Boysenberry Festival at nearby Knott’s Berry Farm — but comes with some features besides simple admission, including:

“A selection of iconic food and beverage items from both Disneyland park and Disney California Adventure park will be available for you to enjoy, from churros and the world-famous Dole Whip to the classic Monte Cristo Sandwich usually found in New Orleans Square,” Michael Ramirez, public relations director for the Disneyland Resort, wrote on the official Disney Parks Blog. “Many items will be served snack-sized, so you can delight in a variety of bites and sips from mid-day through the evening. These guest-favorites will be available at locations around the park, including Smokejumpers Grill, Adorable Snowman Frosted Treats, Award Wieners, Cocina Cucamonga to name a few, and six seasonal and creatively themed marketplaces.” 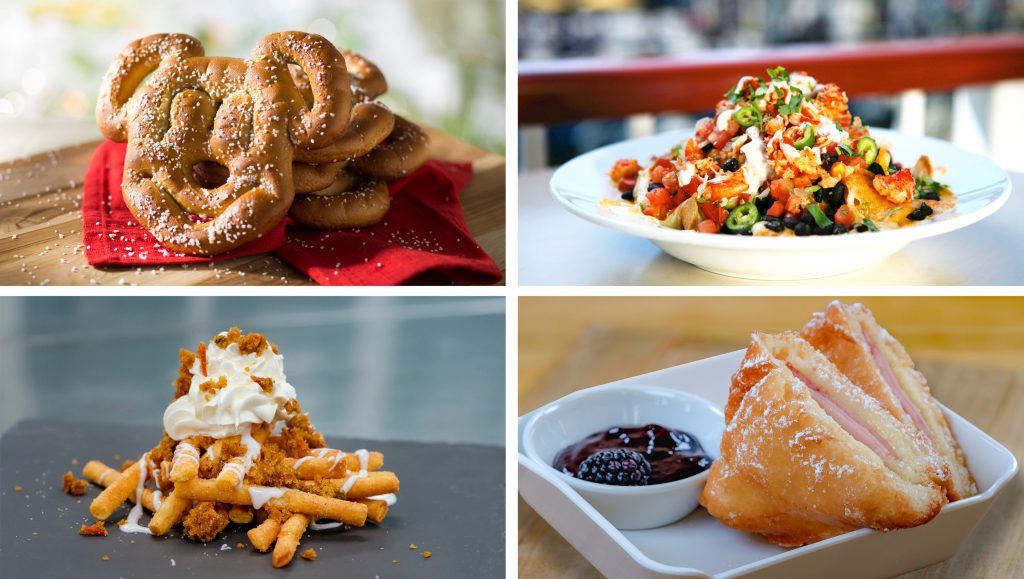 Food selections for A Touch of Disney (Disney)

Disney characters such as Mickey Mouse and Lightning McQueen will be out for physically-distant meet-and-greets during the event. Disney also promised that “a new, specially curated soundtrack of reimagined Disney songs will be broadcast throughout the park.”

Guests will have to pay for the date-specific $75 tickets in advance, with no tickets being sold on site. Tickets will go on sale March 4. The event itself will run Thursdays through Monday, 12 p.m. to 8 p.m., March 18 through April 5.

The new event will affect the limited operations at DCA’s Buena Vista Street. Dining and retail locations there will be closed beginning March 15 to prep for A Touch of Disney. Reservations for outdoor dining at DCA’s Carthay Circle and Lamplight Lounge will be limited to guests with tickets to A Touch of Disney and become available March 11.

Guests can also expect the typical COVID-19 safety measures: face masks will be required (including for those who have received a COVID-19 vaccine), guests will have to go through a temperature screening before entering the park and physical distancing will be promoted throughout DCA.

A Touch of Disney marks the first time guests have been allowed to enter areas like Pixar Pier and Cars Land since Disneyland shut down its theme park in March 2020. It also leaves Universal Studios Hollywood as the only major park in Southern California which hasn’t opened in some fashion since the pandemic began.