If you want to experience the current version of Mickey’s Toontown at Disneyland, you better get to Anaheim quick.

Theme Park Tribune got to visit one more time ahead of the land’s temporary closure after March 8. While Roger Rabbit’s Car Toon Spin and the houses for Mickey and Minnie Mouse are not expected to change, Disney has promised that Goofy’s House, Donald’s Boat, and Gadget’s Go Coaster will be “reimagined” during the refurbishment. 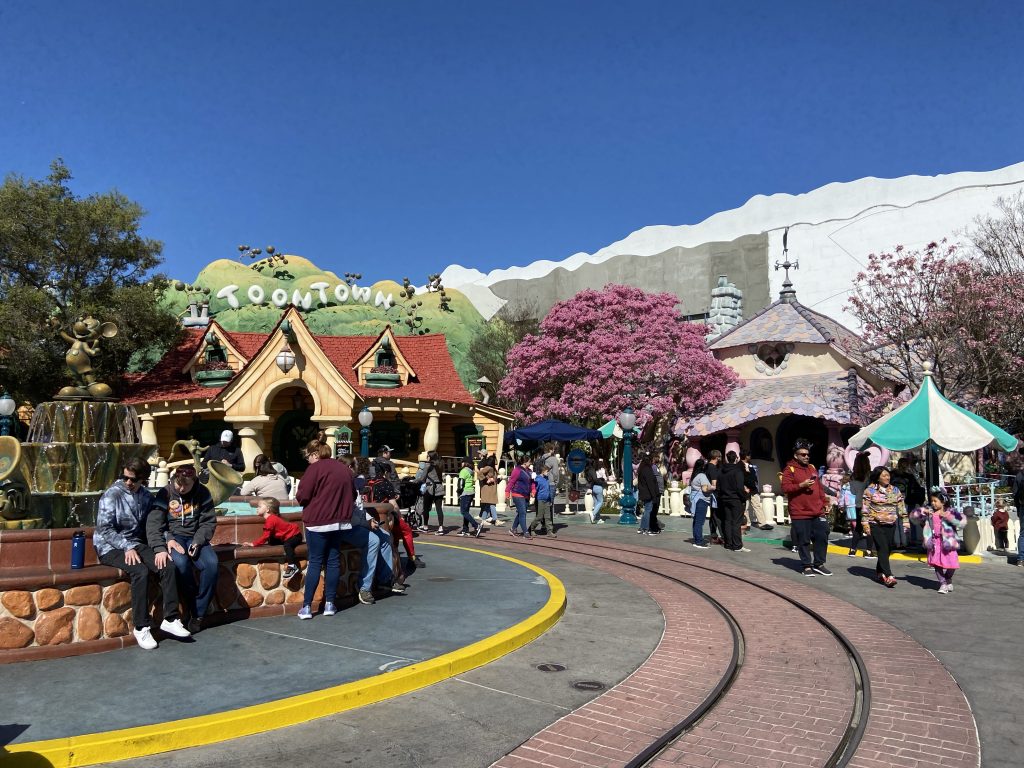 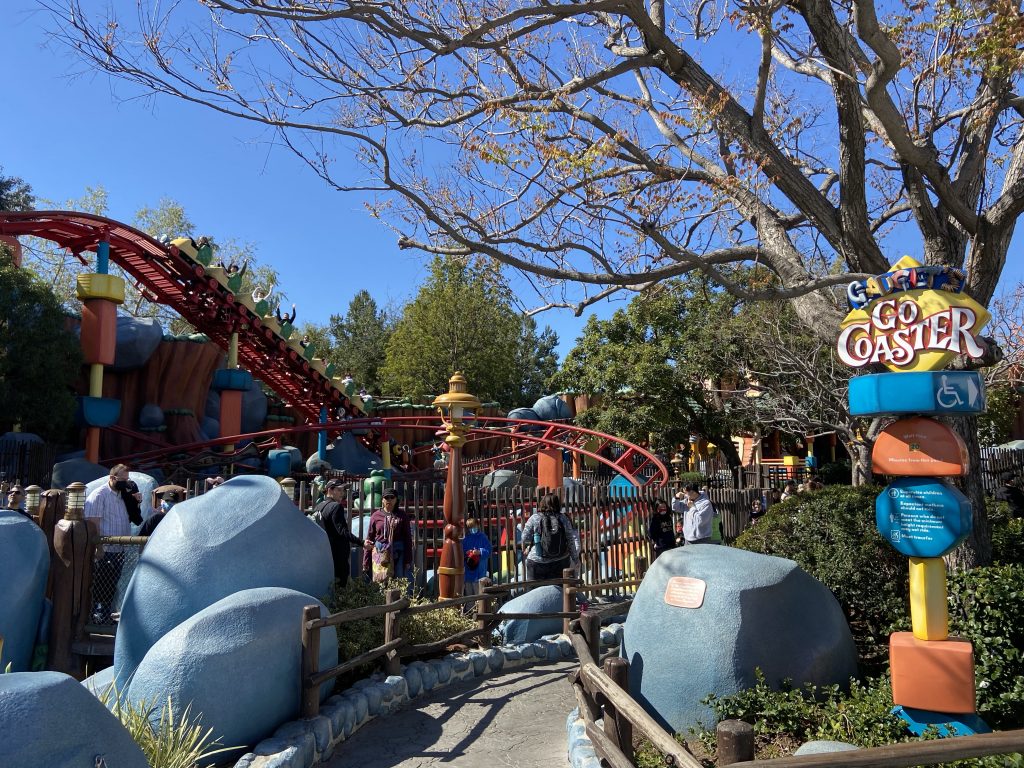 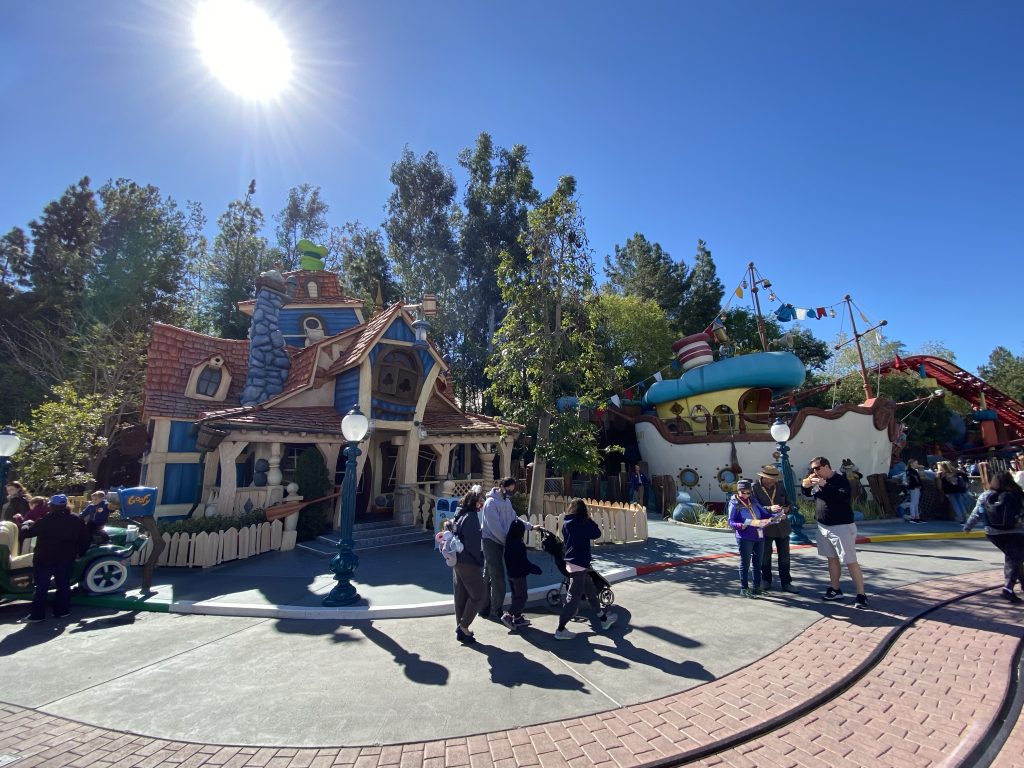 Disney has not said whether Chip and Dale’s Treehouse will be “reimagined” as well.

The centerpiece of this transformation is the West Coast version of the Mickey and Minnie’s Runaway Railway trackless dark ride to Toontown. You can already make out the shape of the ride’s new facade over the construction fence. 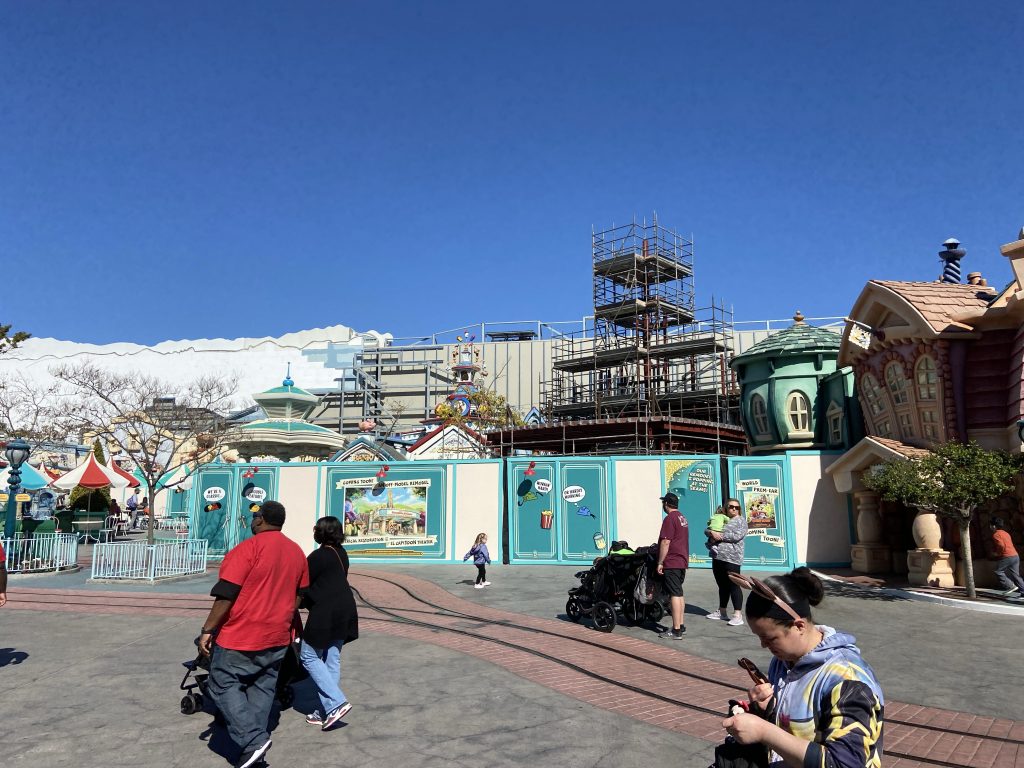 Hard to miss this construction in Toontown (Theme Park Tribune) 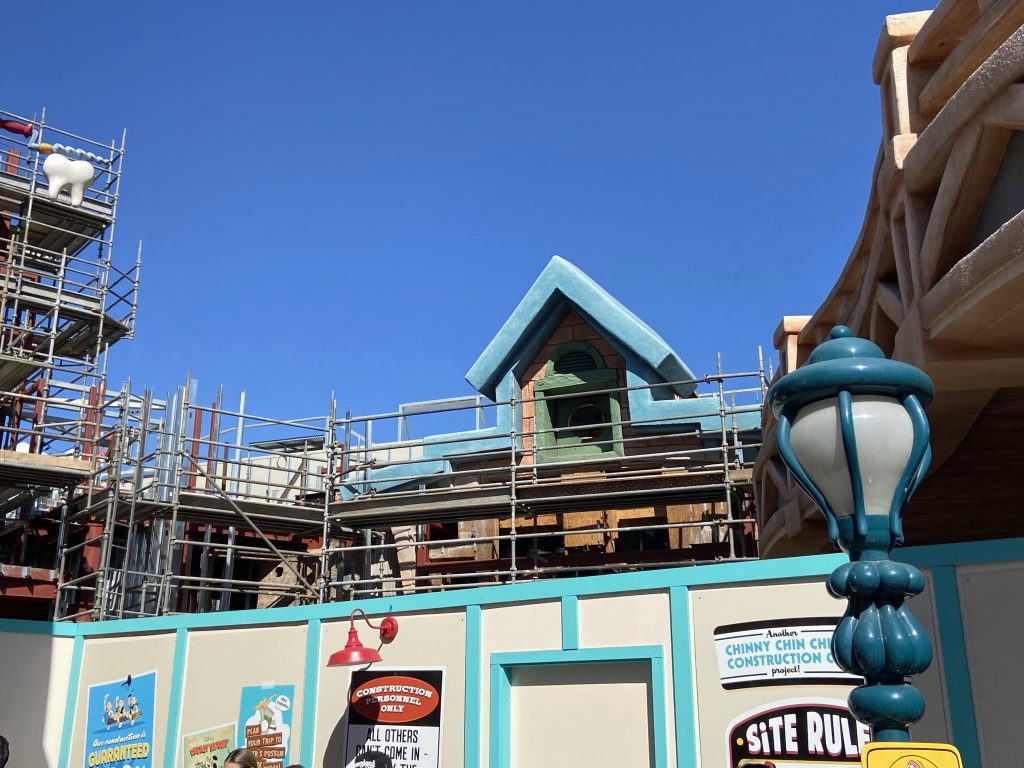 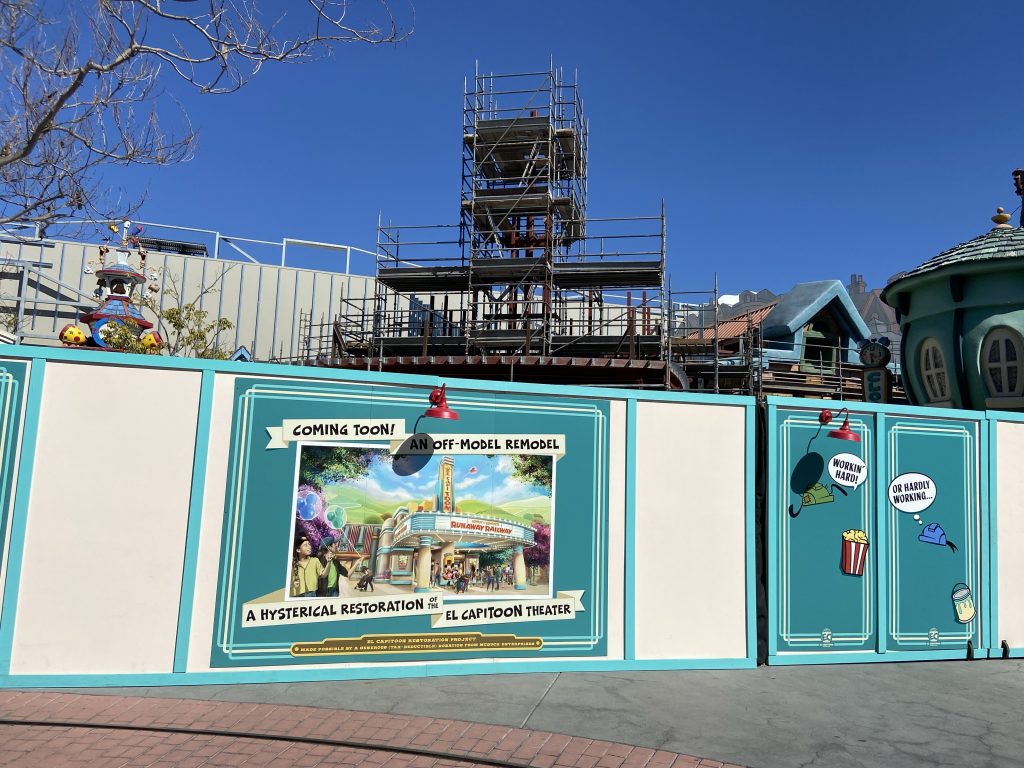 Mickey’s Toontown is scheduled to reopen sometime in 2023. 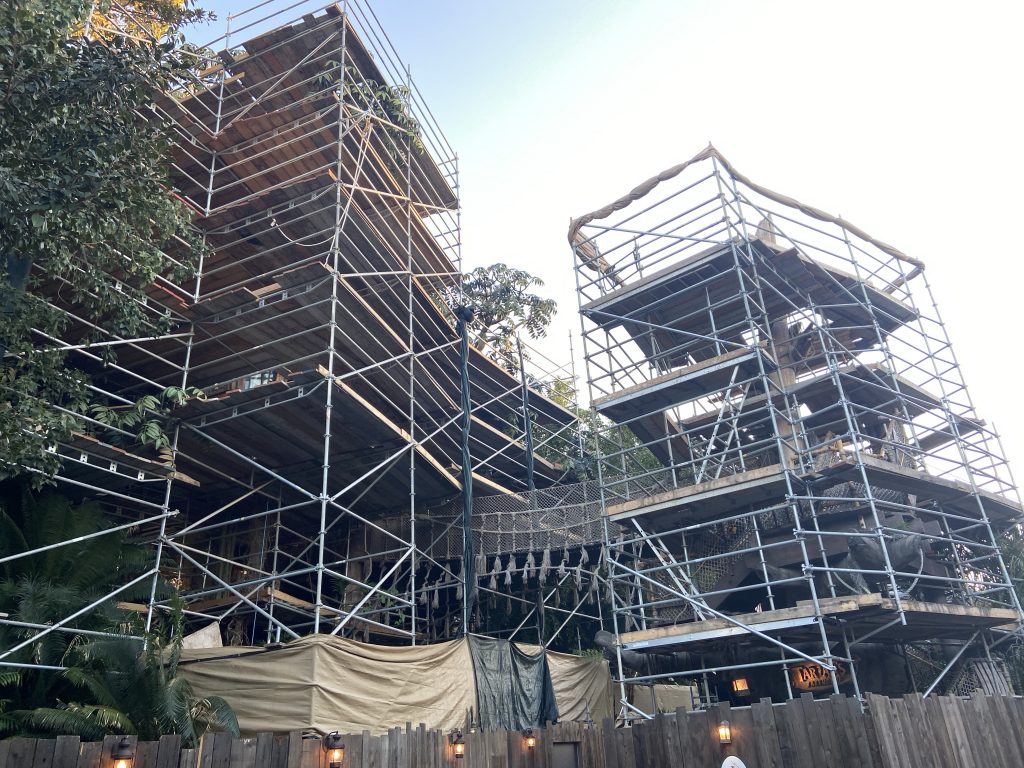 The walkthrough attraction has been closed since September and does not yet have a reopening date — unlike the Disneyland Resort’s nighttime shows.

Along Disneyland’s Rivers of America, work is ongoing for the return of Fantasmic on May 28. 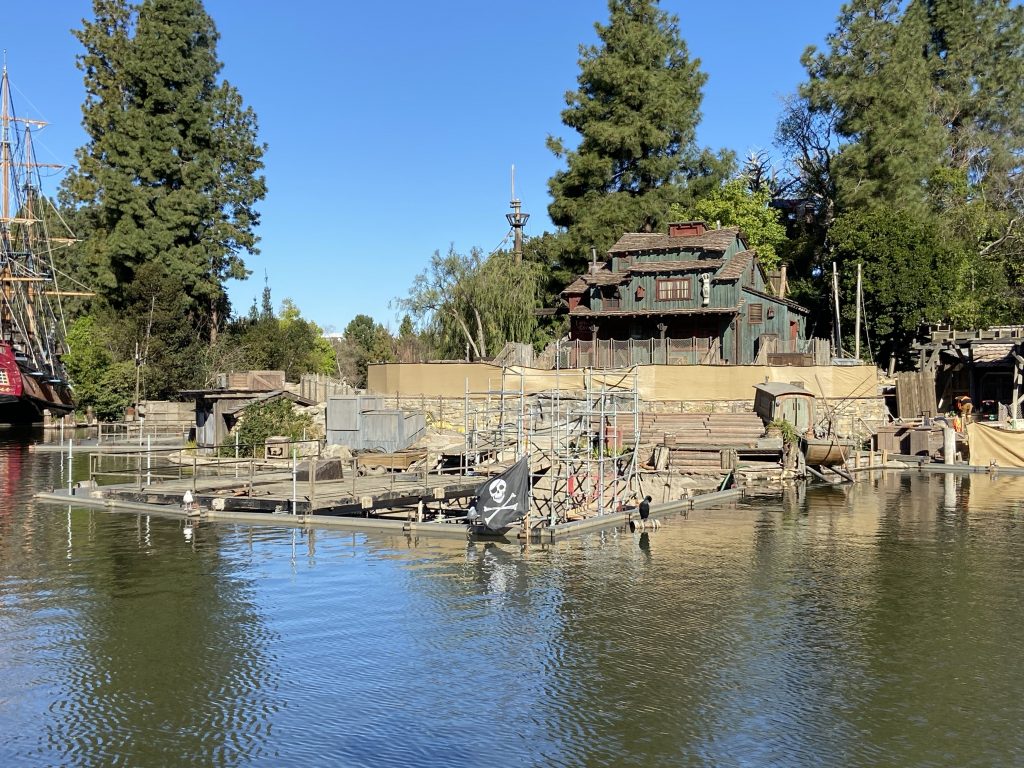 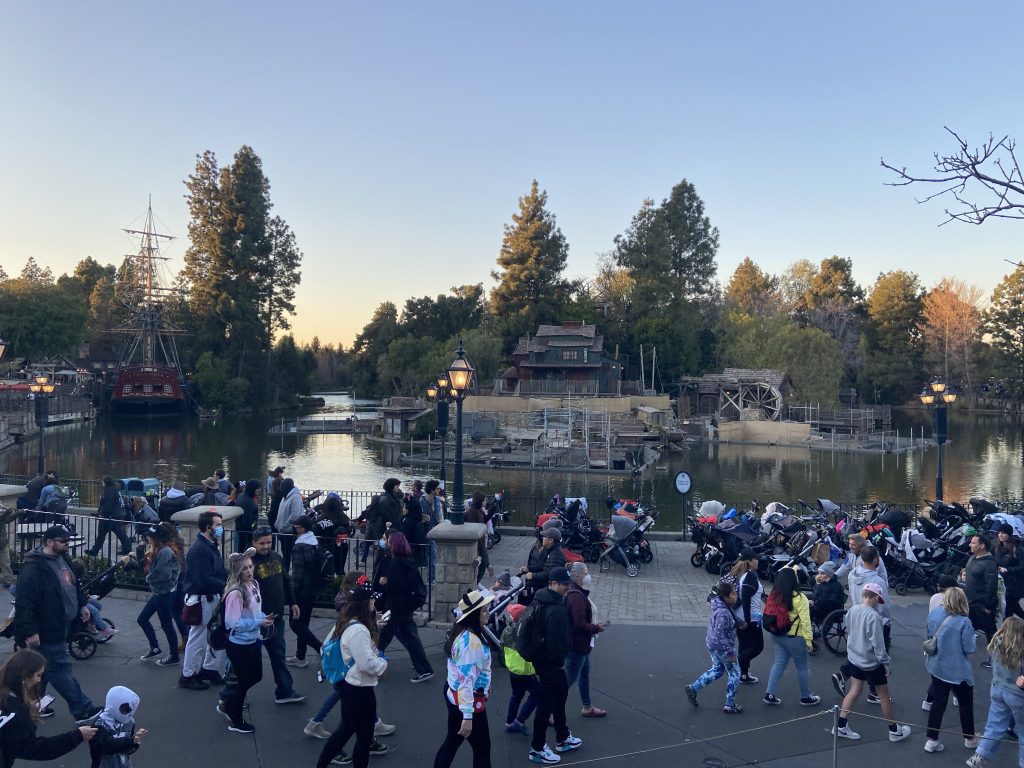 A few other minor projects are ongoing in Disneyland. The Royal Theatre next to Sleeping Beauty Castle is behind scrim and construction walls, as one of several theater spaces in Disneyland’s two theme parks that have gone unused since the COVID-19 pandemic began. 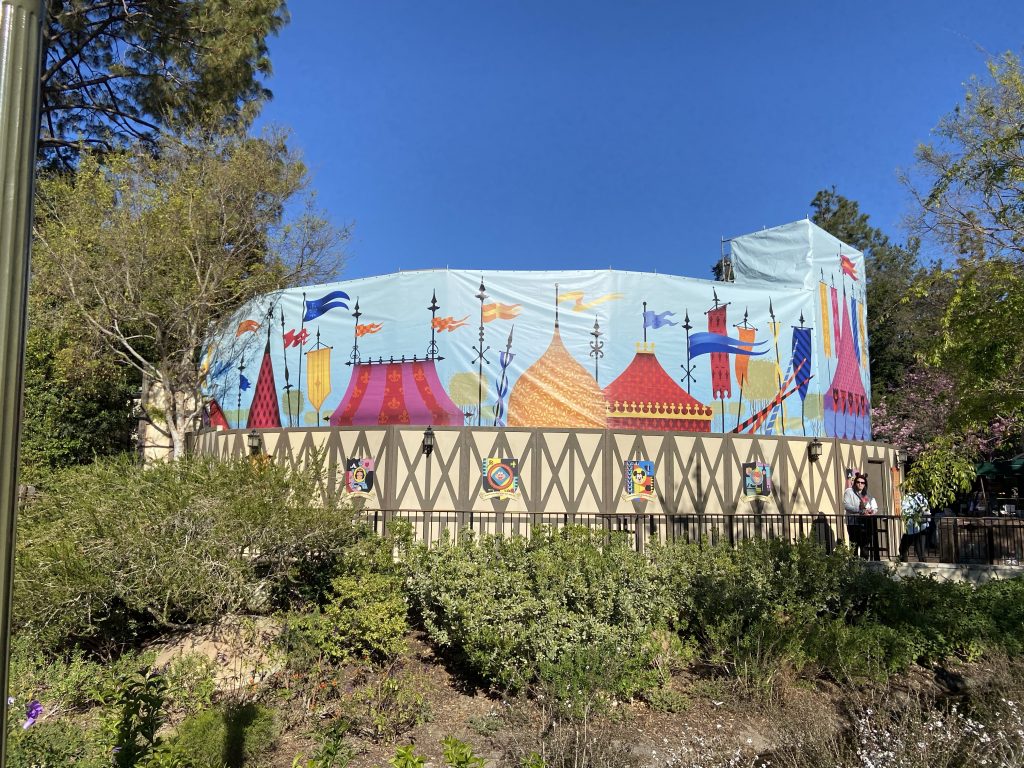 Over in Disney California Adventure, there’s no major ongoing work as obvious as the Toontown project. Some venues such as the Hyperion Theatre remain closed with no permanent tenant.

Grizzly River Run is undergoing its annual refurbishment, having been closed since January 24. You can see more scaffolding around the track than during past projects. 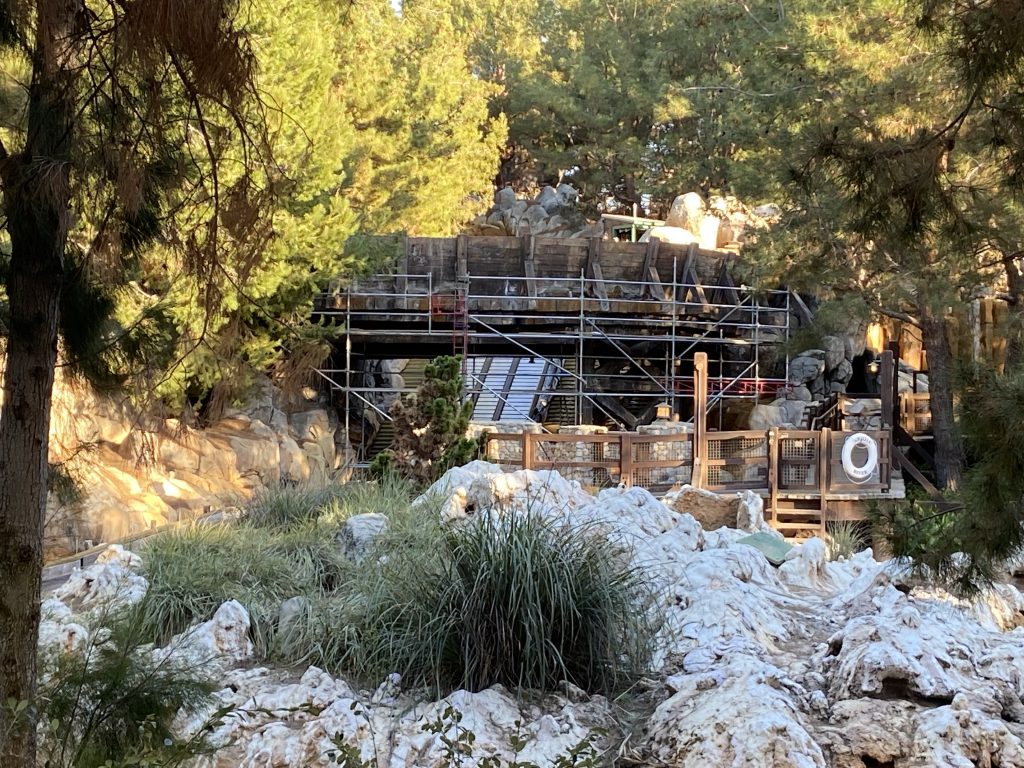 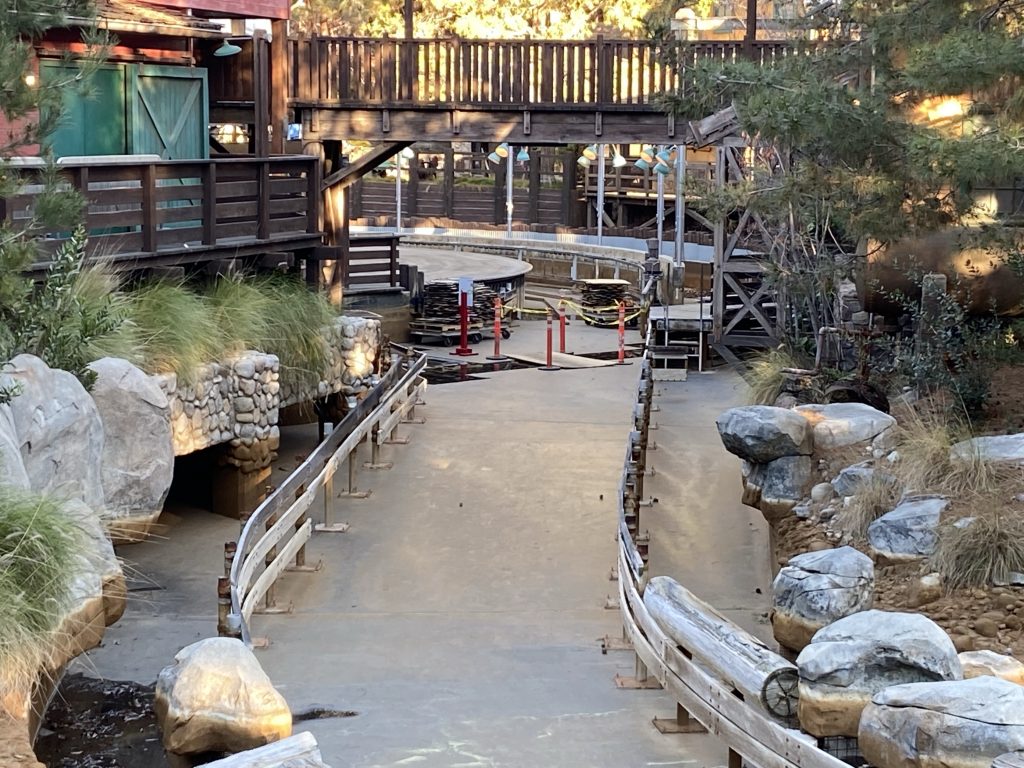 In Downtown Disney, work continues on the far west side of the dining and shopping complex. The building that once housed the AMC Theater, Earl of Sandwich, Sugarboo & Co., and a Starbucks is being demolished. 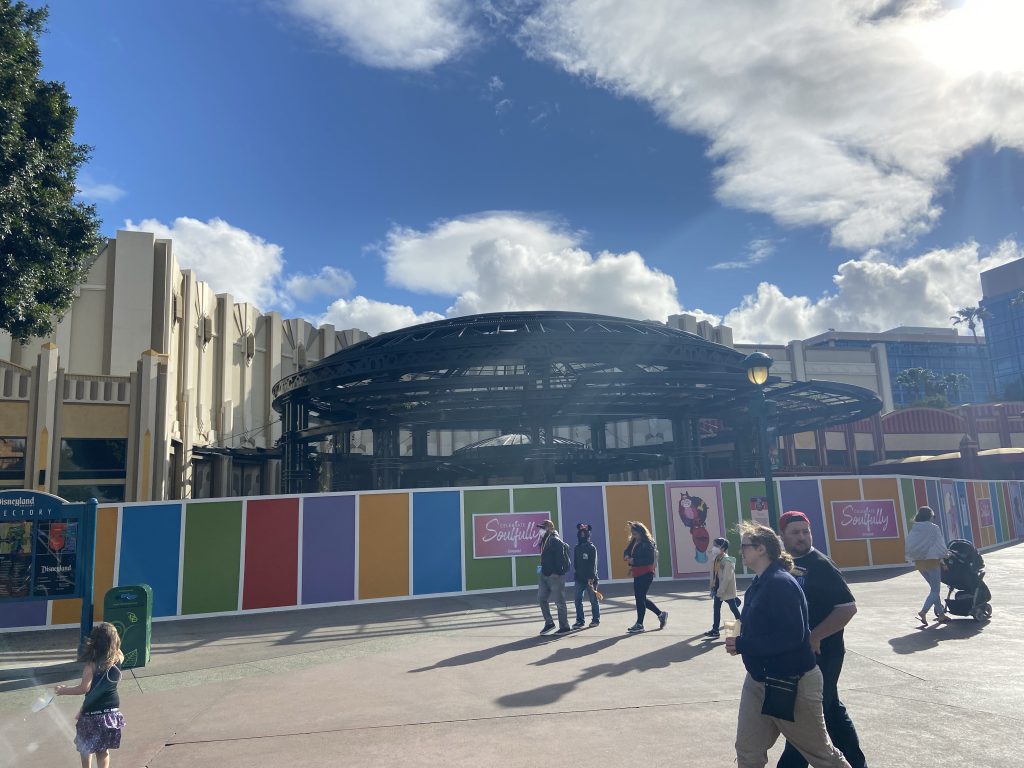 Much like Mickey’s Toontown, the replacement will feature more green space, including an open lawn for small events and general relaxation.