Five years after it was first announced, the Tron coaster at Disney World’s Magic Kingdom may look complete in places, but there’s still plenty of work to do before the ride opens.

The Vekoma launch coaster, called Tron Lightcycle Power Run, is a copy of one that opened in Shanghai Disneyland in 2016. Originally set to open in 2021, the opening date is now unknown thanks to pandemic delays. At one point, Disney moved construction resources to other sites on property.

But with the recent debut of Guardians of the Galaxy: Cosmic Rewind at Epcot, Tron is now the only ride under construction at any of Disney World’s four parks.

The completed canopy structure is visible from multiple spots in the park and towers over Tomorrowland. 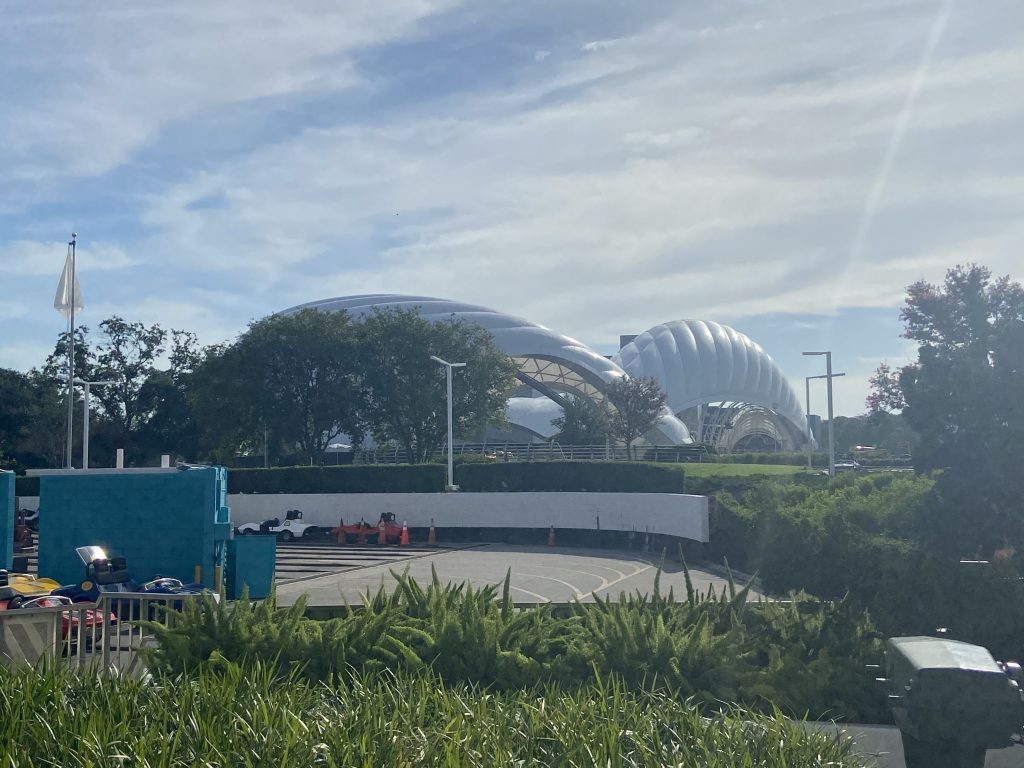 View of Tron from the Tomorrowland Speedway (Theme Park Tribune)

You can get an elevated view of the construction site from riding the Tomorrowland Transit Authority PeopleMover. 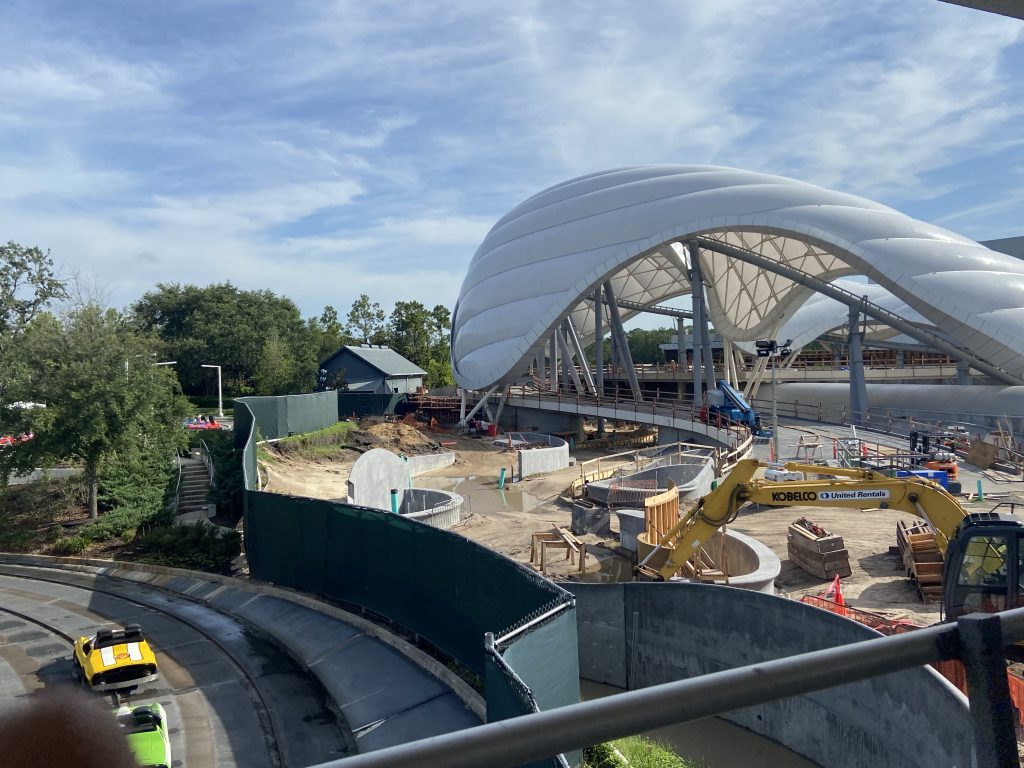 As you closer to Space Mountain, you’ll see that while the ride track and canopy for Tron may be ready, there’s plenty of work left to do around the ride. 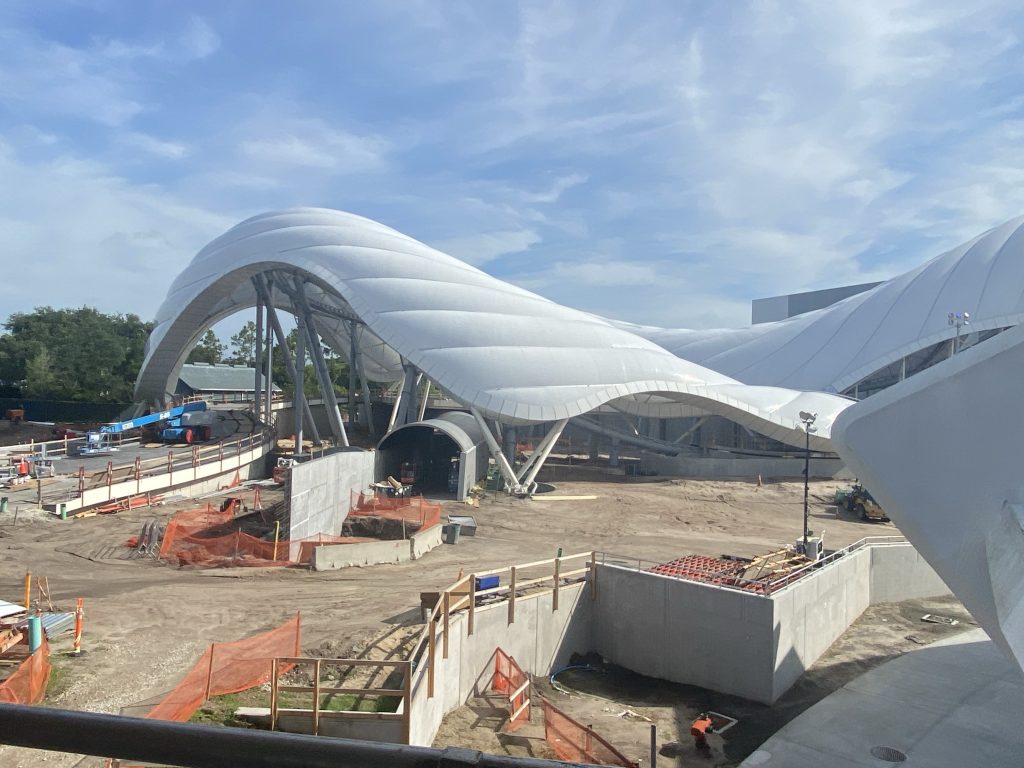 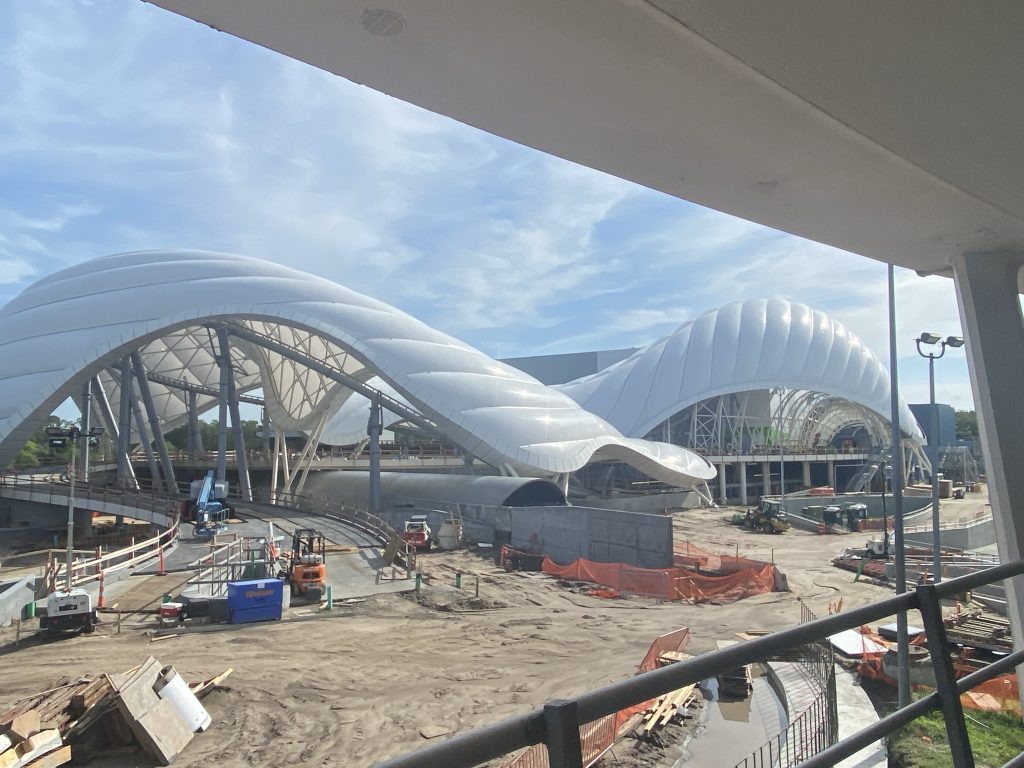 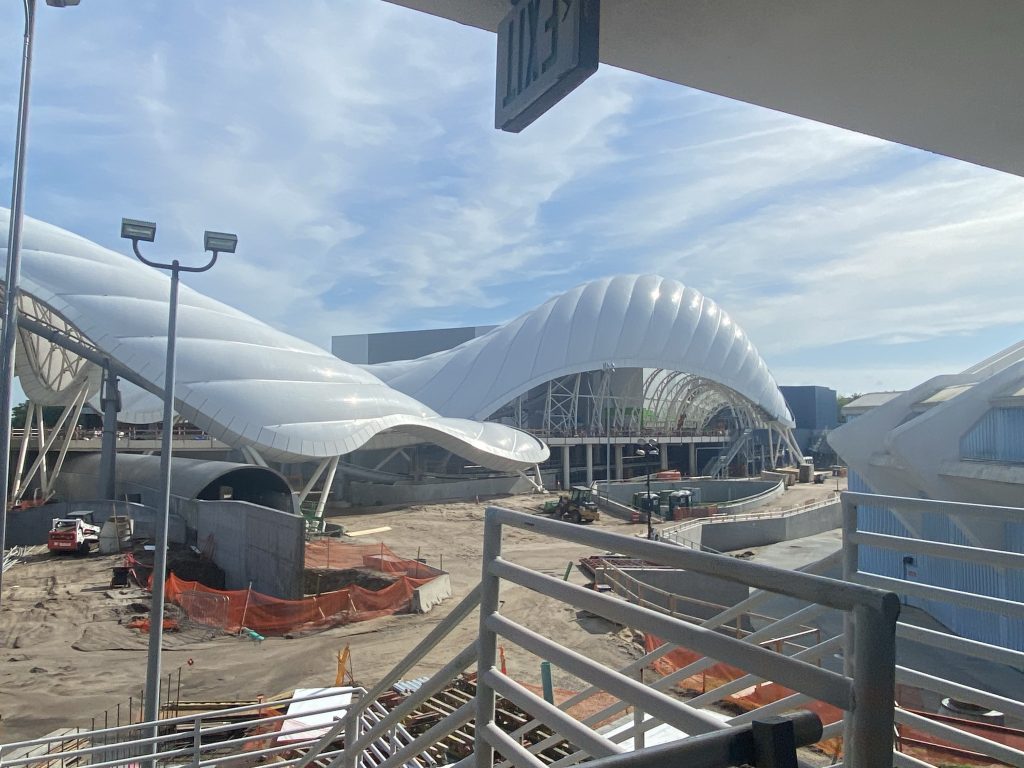 There’s also work being done alongside the Tomorrowland Light & Power Co. building, which is currently Space Mountain’s gift shop. It’s not clear exactly how the structure will be used for Tron, either continuing as a gift shop or being converted into a breezeway or entry portal towards the new coaster. After all, thousands of people per hour will be streaming into this part of Magic Kingdom once the ride opens. 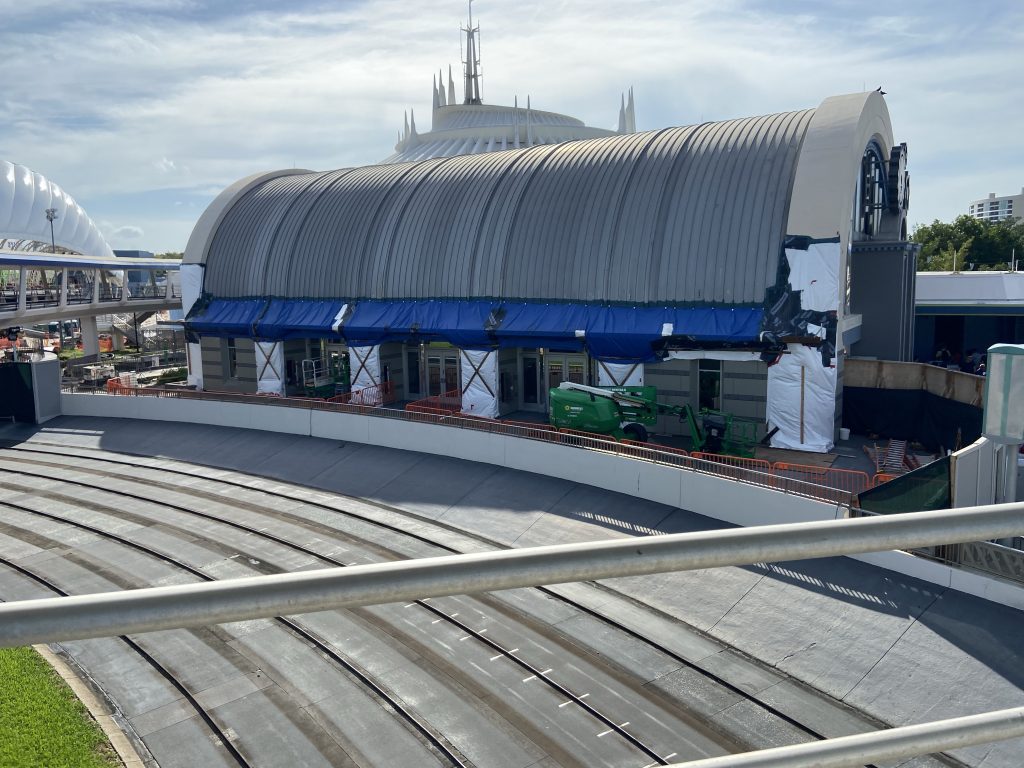 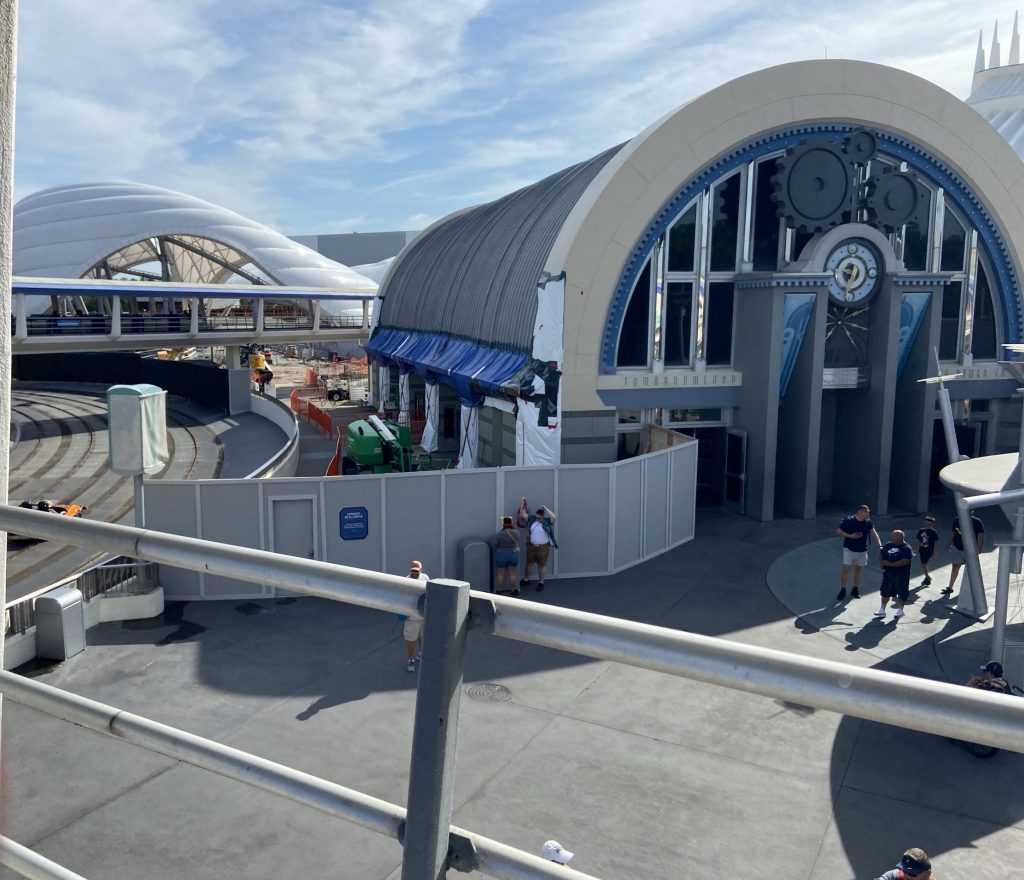 Could this be the only path to enter the area of the Tron coaster? (Theme Park Tribune)

While no opening date has been announced for the Tron coaster, such an announcement could be coming at September’s D23 Expo, the first event held since the COVID-19 pandemic upended Disney’s parks business. With Cosmic Rewind being the resort’s big draw for 2022, it’s possible Disney will opt to hold off on opening Tron until next year, even if a 2022 opening would be achievable.