Disney World released new concept art of changes coming to Epcot, confirming that one addition announced pre-pandemic has been axed. 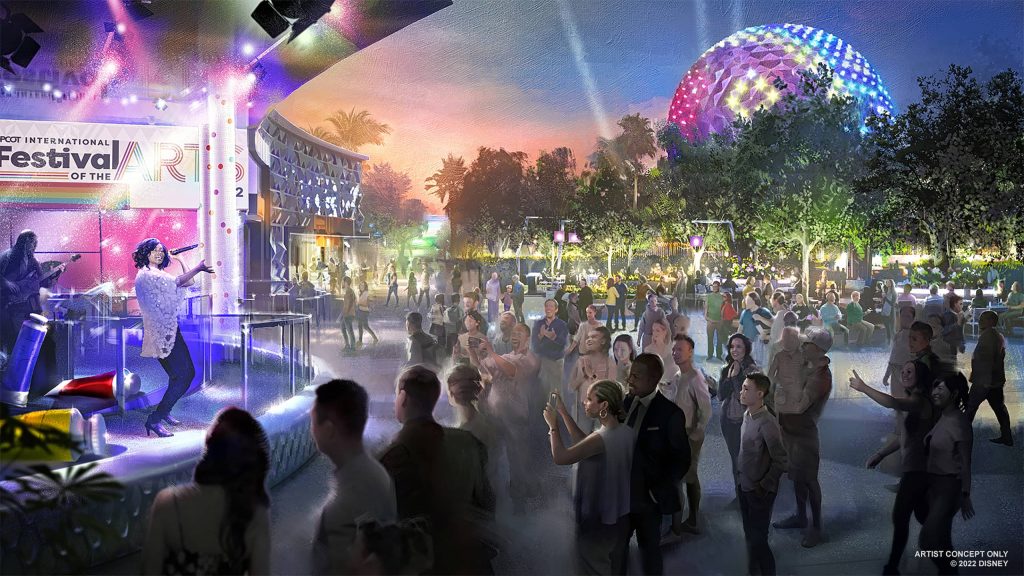 This new section will include an outdoor stage, which “will have the flexibility to host intimate musical performances that extend out into the nearby gardens…as well as large-scale concerts,” Disney said in a post on its official blog.

Adjacent to the new plaza will be Communicore Hall, a new, multi-purpose building that will house character meet-and-greets and a demonstration kitchen used during Epcot’s various festivals. 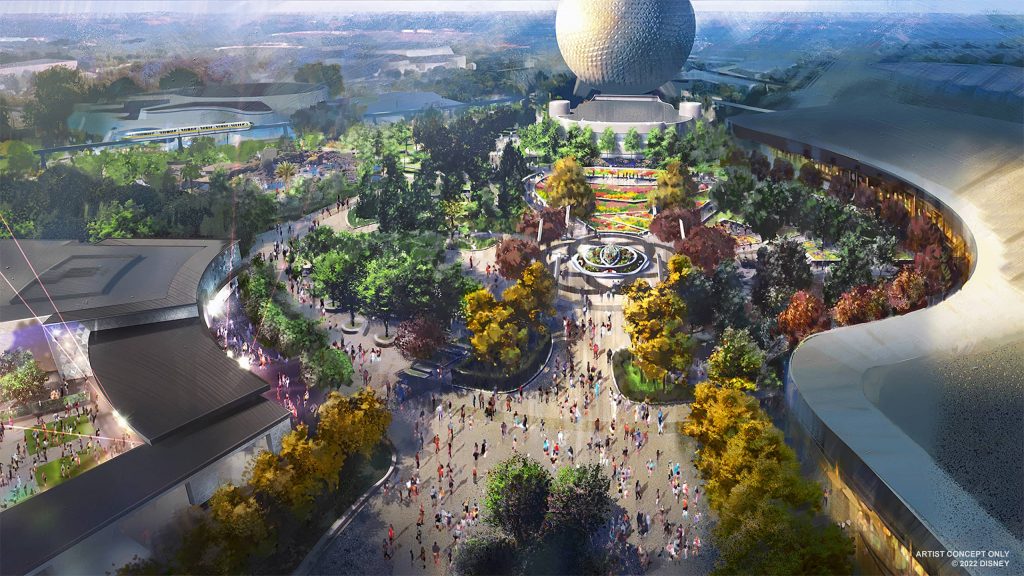 Communicore Hall can be seen to in the bottom left (Disney)

Disney said the new building “is inspired by the original EPCOT aesthetic apparent throughout the park’s transformation, including the timeless triangular geometry most prominently featured in Spaceship Earth.” In fact, the building strongly resembles a portion of the former Innoventions facility that Disney had demolished.

More concept art showed off the garden area that will be located directly behind Spaceship Earth. 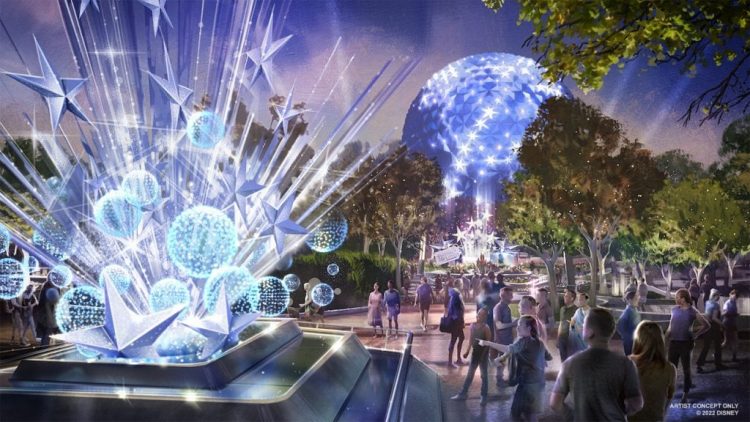 Next to the new Communicore Hall will be the new Moana: Journey of Water walkthrough attraction. While Disney did release new concept art of the experience, its opening timeframe is still a mystery. 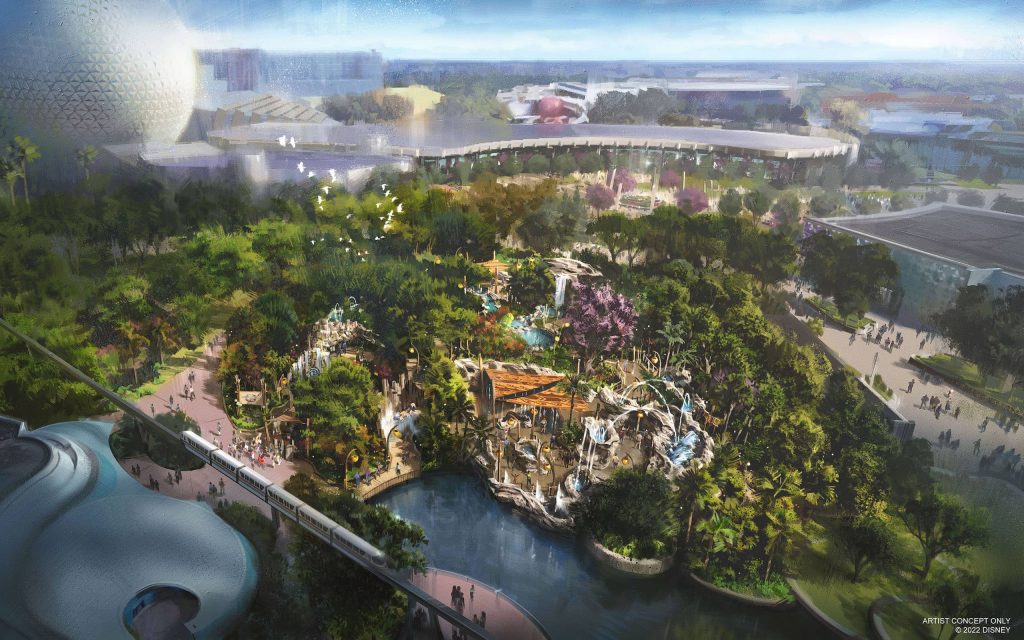 The announcements made no mention of the Play Pavilion previously announced to be taking over the old Wonders of Life building.

The central area of Epcot’s former Future World has been largely behind construction walls for years, with the transformation further delayed by the COVID-19 pandemic. Major aspects of the overhaul have been completed, however, with Remy’s Ratatouille Adventure opening last October and Guardians of the Galaxy: Cosmic Rewind making its public debut later this month.