Disney is sharing more details about its Riviera Resort, a Disney Vacation Club property set to open in December.

The new Disney World resort, inspired by Walt Disney’s travels throughout Europe, includes 300 rooms from studios with only a Murphy-style bed to grand villas which can sleep up to 12 people. Previously released concept art showed off the resort’s feature pool, called the Riviera Pool. 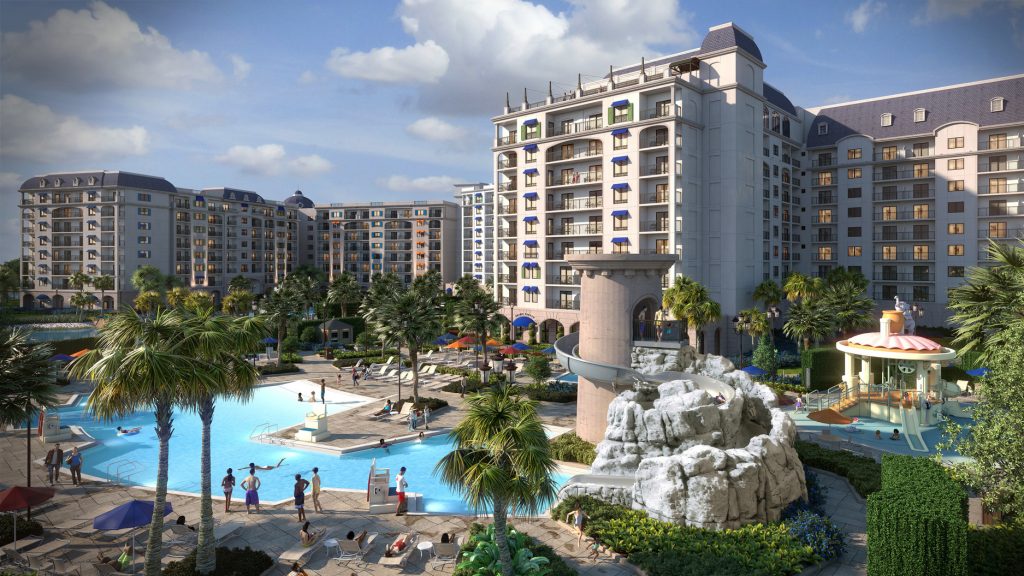 “Imagine the relaxing feel of lounging around the Southern European coast where you can soak up the sun in lounge chairs or hang out beneath a colorful sun umbrella,” Disney Vacation Club public relations manager Jessica Quinn wrote on the Disney Parks Blog. “Although, the inviting waters may call you to swim and play, or even take a winding ride down a stone turret slide.”

Alongside the feature pool will be a kids’ play area called S’il Vous Play. The splash pad will be centered a “whimsical fountain” adorned with characters from Disney’s “Fantasia.” Close by will be the resort’s movie lawn allowing guests to watch a Disney film while they lounge in the pool. 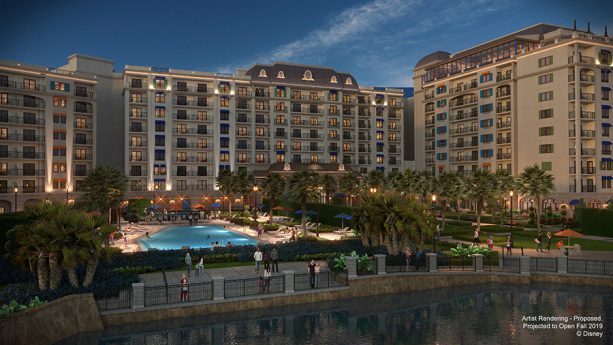 The second pool will be more relaxed and semi-private. Called the Beau Soleil leisure pool, this area will be surrounded by a “natural, lush-green wall” and palm trees to recreate the feel of a European coastal vacation. The resort’s pool bar, Bar Riva, will be located nearby.

Disney’s Riviera Resort is currently under construction next to the older Caribbean Beach Resort, which recently completed its own makeover. Both hotels will be served by the new Disney Skyliner, a gondola system (without air conditioning) connected to Epcot, Disney’s Hollywood Studios, Disney’s Pop Century and Art of Animation.

RELATED STORIES:
Epcot is getting a new pavilion
Disney’s Riviera Resort now taking reservations
What to expect from Orlando hotels in 2019