Bob Chapek, the head of Disney’s Parks, Experiences and Consumer Products division, made several announcements about upcoming additions to Walt Disney World at the International Association of Amusement Parks and Attractions (IAAPA) expo.

Speaking to an audience of theme park professionals, Chapek emphasized how Disney parks are challenging their own rules to avoid becoming complacent, including on ride technology. The Guardians of the Galaxy roller coaster currently under construction at Epcot was cited as one example, with Chapek calling it a “storytelling coaster,” where the ride vehicles will not always face forward but instead focus on action happening around the track.

“Instead of whizzing by the action, you’ll be fully immersed in the story from the minute you launch,” Chapek said. 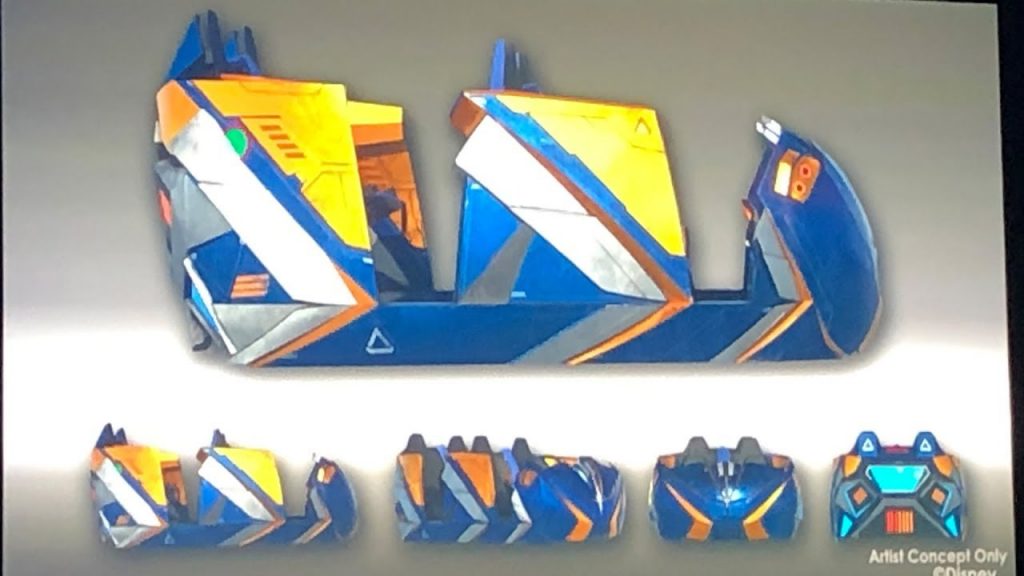 The blue, yellow and orange vehicles will be housed inside a massive show building — easily visible to Epcot guests — which Chapek said is big enough to fit four Spaceship Earths inside.

The Guardians coaster is a major piece of a yearslong transformation of Disney World’s second park. Chapek repeated his promise from last year’s D23 Expo in saying the changes will remain true to Epcot’s original vision while making the park “more Disney.”

“I’d like to remind our traditionalists that our most important tradition is too always evolve and improve,” Chapek said. “After all, Walt [Disney] never intended his parks to become museums where people come to see Disney history.”

The other announcement made during his keynote address was narrowing the opening window for the Disney Skyliner system. Now set to open in fall 2019, this gondola system will offer guests at four Disney hotels (Caribbean Beach, Art of Animation, Pop Century and the under-construction Riviera) another transportation option to Epcot and Disney’s Hollywood Studios. 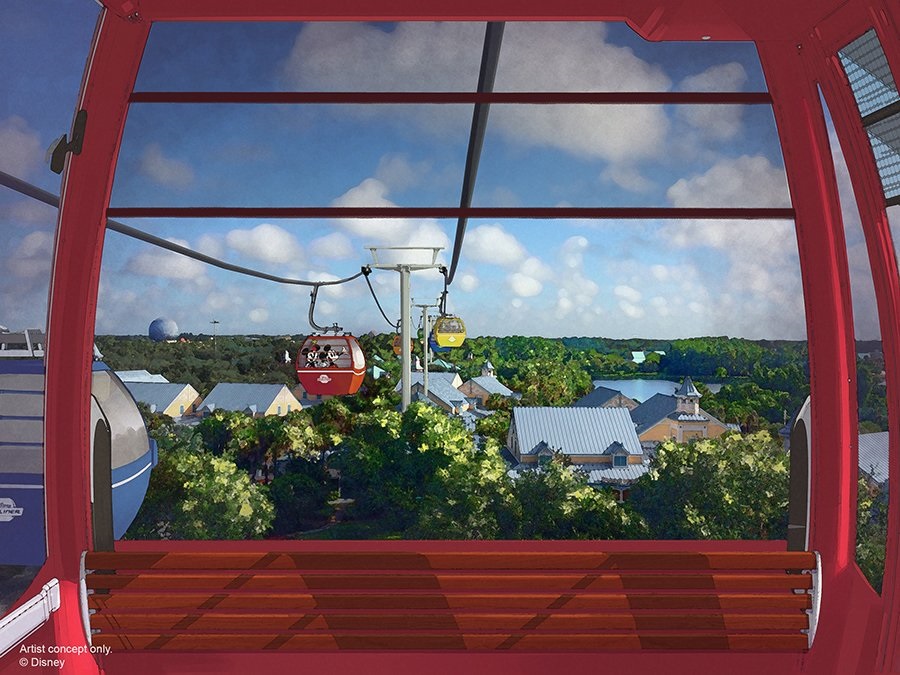 Chapek said the towers supporting the system have been installed and construction crews have begun adding the cables which will move the gondolas around the property.

“Riding the Disney Skyliner will offer guests a whole new way to experience Walt Disney World with unique vistas only available from the sky,” Chapek said. “You’ll definitely want to have your cameras out.”

Opening in fall 2019 will mean the system will be online ahead of the opening of Star Wars: Galaxy’s Edge, which is expected to drive much bigger crowds to Hollywood Studios.

The Skyliner also makes its connected hotels more attractive to Disney guests at a time when the company is greatly expanding its hotel capacity. Projects currently announced or under construction — including a 15-story addition at Coronado Springs Resort which Chapek revealed will be named the Gran Destino Tower — will add more than 1,700 hotel rooms or Disney Vacation Club villas to Disney World.