A Disney subsidiary has purchased 1,575 acres in Osceola County for $11 million, though the land will likely be for conservation rather than any expansion of Disney attractions in Central Florida.

The parcel west of Poinciana Boulevard is adjacent to the 965-acre BK Ranch property Disney purchased last month for $23 million — more than three times the price per acre. The difference may be owed to the BK Ranch having existing zoning permits for commercial and residential use which have never come to fruition. 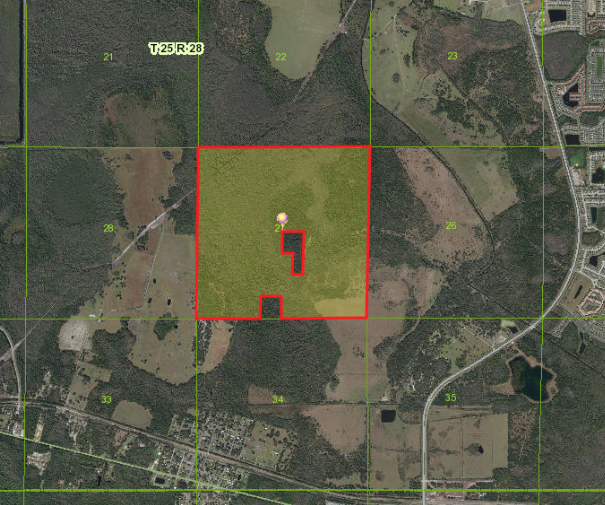 A portion of the land purchased by Disney (Osceola County)

The land is expected to be used for wetland mitigation and water management as a result of new construction on existing Disney World property. The company has multiple expansion projects either planned or underway, including the 14-acre Star Wars: Galaxy’s Edge at Disney’s Hollywood Studios, a new “Tron”-themed coaster being built at the Magic Kingdom and two new Disney Vacation Club resorts, the Riviera and Reflections: A Disney Lakeside Lodge.

“Walt Disney World Resort acquires parcels of land for a variety of uses, which may include water management and conservation,” a Disney spokesperson told Orlando Rising.

The latest purchase does have a connection to Disney World’s past. The seller is the estate of Frank E. Brown, son of seven-term Osceola County Commissioner Oren Brown. According to his 1993 obituary in the Orlando Sentinel, Brown reportedly turned down a $4.2 million offer from Disney for 6,750 acres of ranch and swampland next to the more than 27,000 acres which became the Walt Disney World Resort.

It’s unclear exactly how much land Disney has left for development as of 2019, but it appears to be substantial. A 2010 plan filed by the Reedy Creek Improvement District, the Disney-run government entity providing services for the resort, said within the district’s then-24,742 acres of land, more than 14,000 acres — 57.3 percent — was undeveloped. While this figure includes land deemed unsuitable for construction, if Disney chose to open a fifth theme park or add more resorts, it has the space to do so without additional land purchases.

Disney’s biggest competitor in Central Florida, Universal Orlando, doesn’t have the same luxury. Looking to expand with more hotels and another theme park, the Comcast-owned resort has filed preliminary plans for the more than 500 acres it bought in recent years near the Orange County Convention Center.

While there’s been no official announcement of a new park, NBCUniversal CEO Steve Burke reportedly told Comcast employees in December 2018 the name of the new park — Universal’s Fantastic Worlds — and promised the company would invest more money in its theme park business than it spent to acquire NBCUniversal.