The Walt Disney Co. announced Thursday that it broke ground on the highly anticipated Star Wars themed expansions in its Florida and California parks and released the first photo of the construction site.

“Today, we’re excited to celebrate the official groundbreaking at Disneyland park in California and Disney’s Hollywood Studios in Florida with this exclusive 360-degree photo, produced with help from our friends at Littlstar, from the 14-acre construction site at Disneyland park,” Disney announced on its official park blog.

The company added that the Star Wars expansions will be the “largest-ever single-themed land expansions” in the history of both parks and that guests can expect to be “transported to a never-before-seen planet inhabited by humanoids, droids and many others” when the expansions open.

The photo of the California construction project looks more like a moisture farm on Tatooine than an addition to a world-class theme park at the moment, though many of vehicles from the film series made it into the sneak peek.

In addition to the AT-AT walkers and TIE Fighters on the ground, Littlstar dotted the sky with X-Wings, the Millennium Falcon and an Imperial Shuttle. Viewers can also look down to spot a mouse droid roaming the landscape.

Since acquiring the Star Wars in 2012, Disney has started bringing in more attractions based on the property to its Hollywood Studios park, including an update to the Star Tours ride and, most recently, a new live action show that launched April 4. 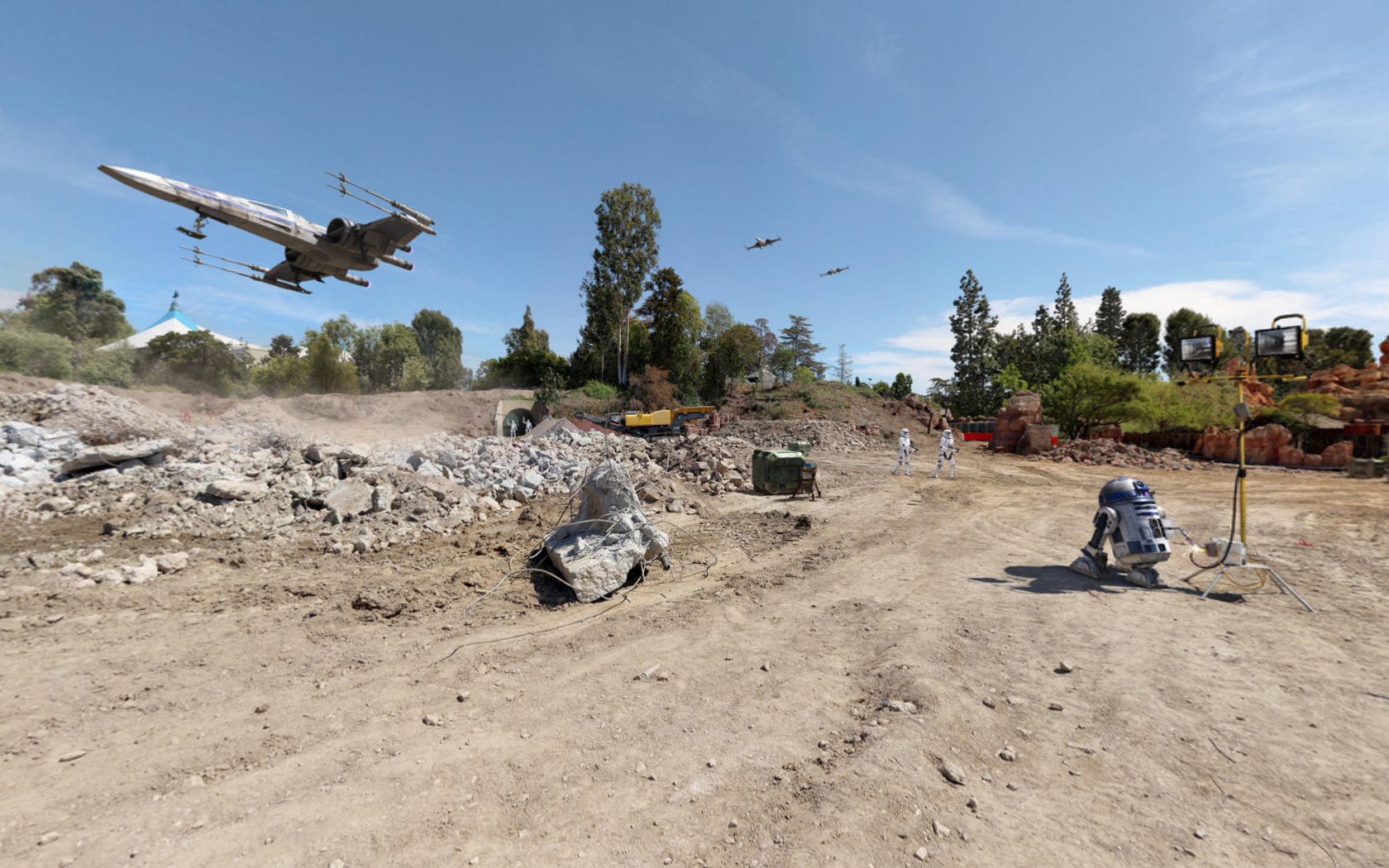 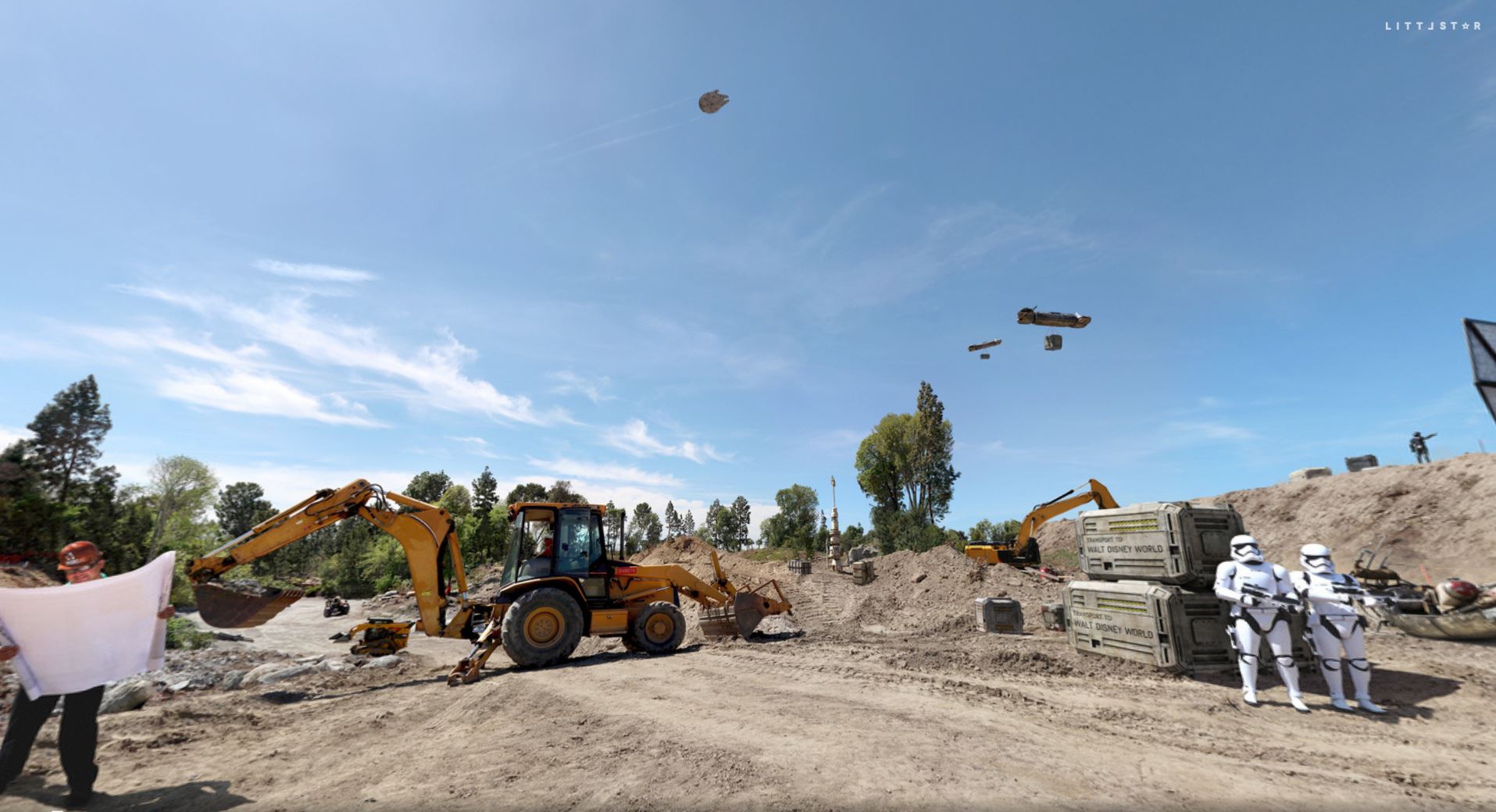 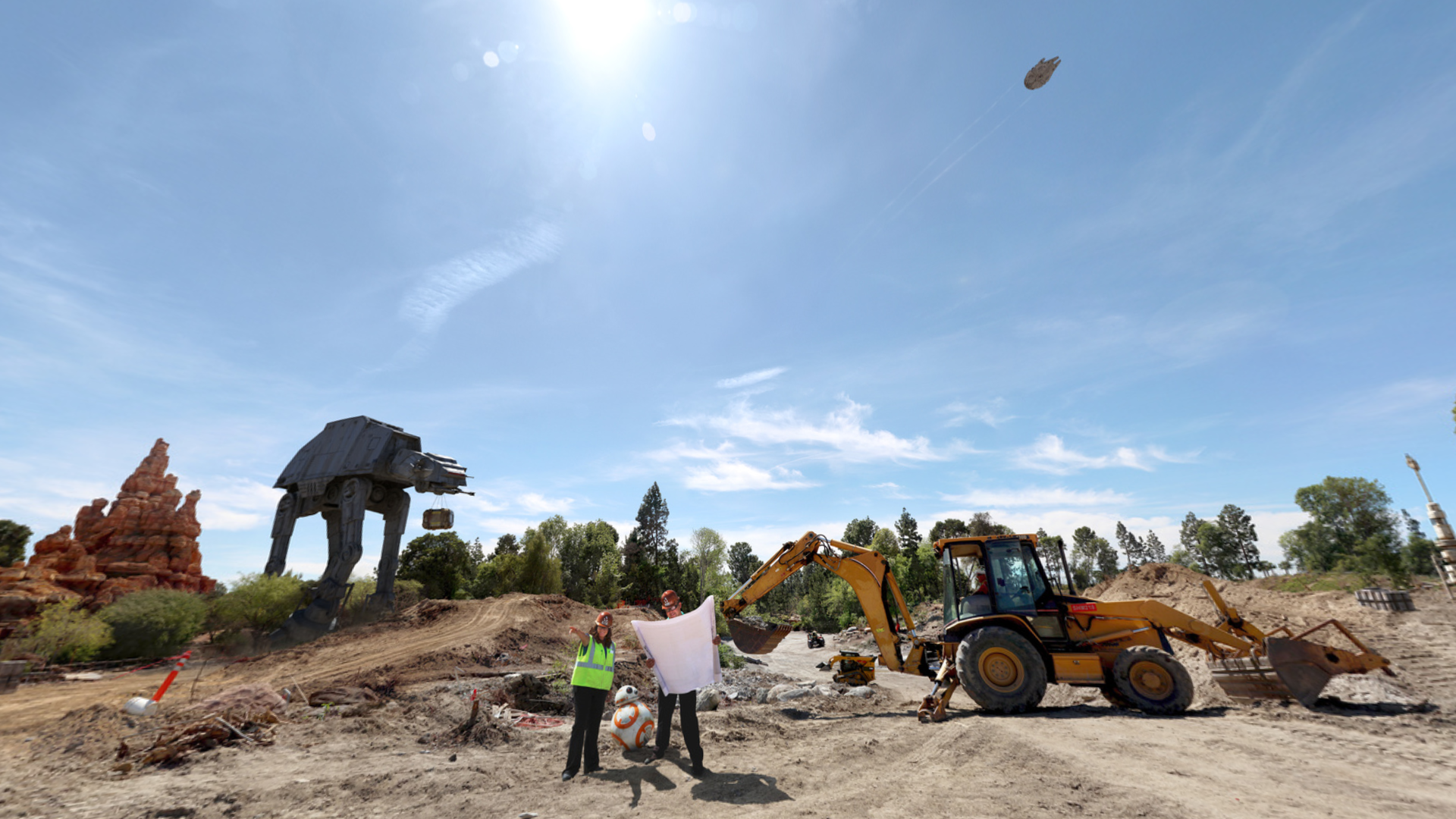