The $85 Shark Swim includes a shallow water training session with Discovery Cove’s aquarists. Guests learn about the sharks then swim alongside several species in the deeper part of their habitat.

The aquarists also lead the new feedings with the park’s cownose and southern stingrays. The $40 add-on includes feeding thousands of tropical fish their morning meal before heading out on a guided swim of The Grand Reef.

Both experiences can be added onto Discovery Cove’s dolphin swim and day resort packages. Reservations are required. The Shark Swims are booked daily, while the Ray Feedings are held from 7 a.m. to 8:30 a.m. Thursday through Monday.

The upcharges are in addition to the price of admission to Discovery Cove, which range from $219 for an all-day visit to $379, with the inclusion of a 30-minute dolphin swim.

The interactive encounters are part of SeaWorld’s transition toward offering more educational experiences in their parks. Discovery Cover also offers a $49 Seaventure, where guests wear dive helmets to take an underwater walking tour of the Grand Reef.

SeaWorld CEO Joel Manby reported to analysts in April that Discovery Cove had record attendance after the company spent more on domestic marketing following a decrease in ticket sales from British visitors.

Dicovery Cove, which opened in 2010, is SeaWorld Orlando’s smallest and most expensive park. 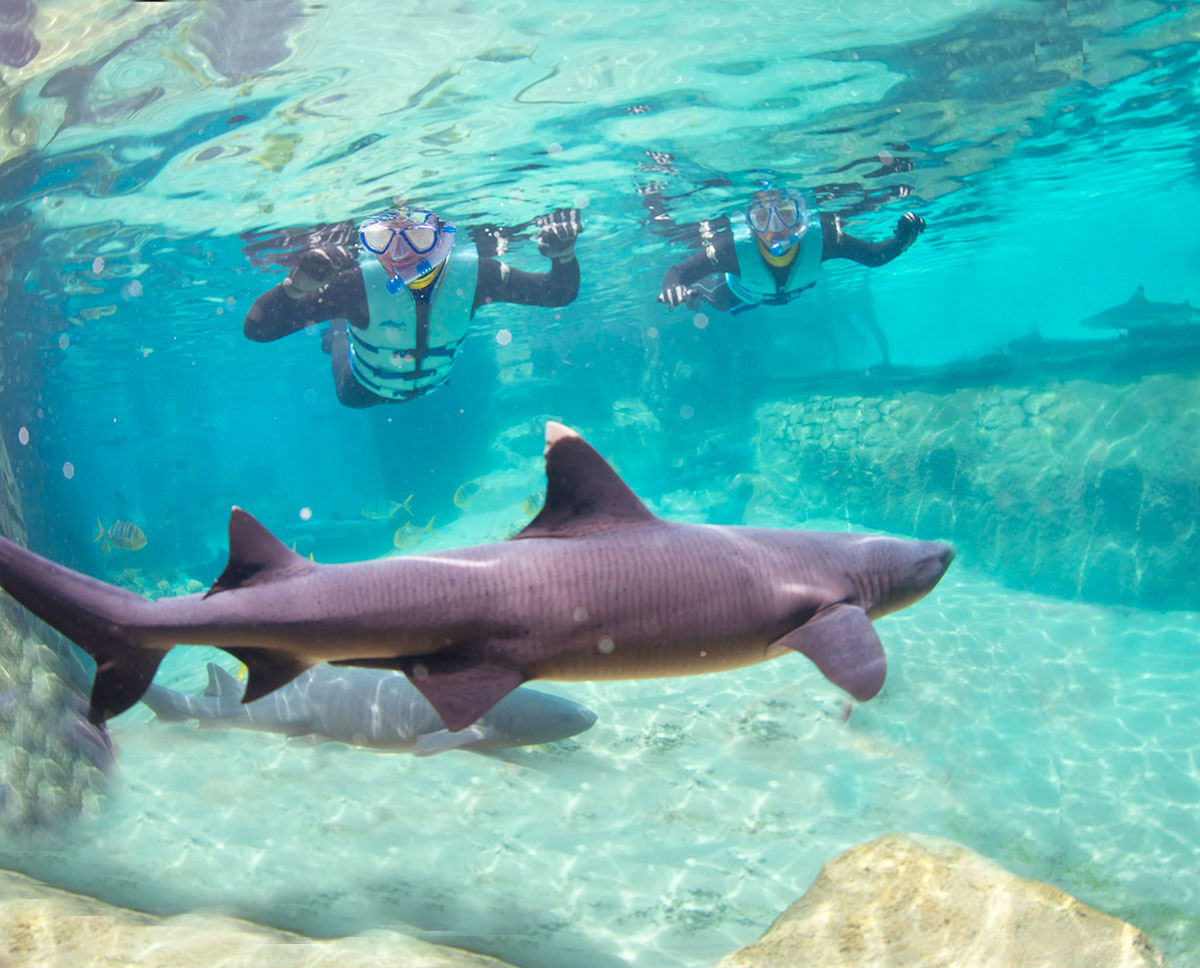