At the Thursday night media preview in Anaheim, Disney announced the attraction, called Journey of Water, would be coming to Epcot. While the reveal was scarce on details, the attraction does not appear to be a ride, with Disney saying it will “let guests interact with magical, living water in a beautiful and inspiring setting” and would be inspired by the film “Moana.”

Journalist Carlye Wisel noted that alongside the new Moana art were posters covered with a black cloth and a sign reading “revealing Sunday.”

Posters for the new Moana attraction and Gran Fiesta Tour which, despite there being vintage posters abounding, appears to be staying.

Disney did not state where the attraction will be located in Epcot or when it will open.

More recent rumors reported by WDW News Today claimed “Moana” would instead be utilized in the Magic Kingdom as part of an overlay of the Enchanted Tiki Room. Disney publicly denied that story (as well as other rumors reported by WDWNT, leading the site to say it’s “at war” with the company).

As part of the media preview, Disney also unveiled new Epcot concept art. The park is expected to be the focus of the Sunday panel as it undergoes a radical transformation. 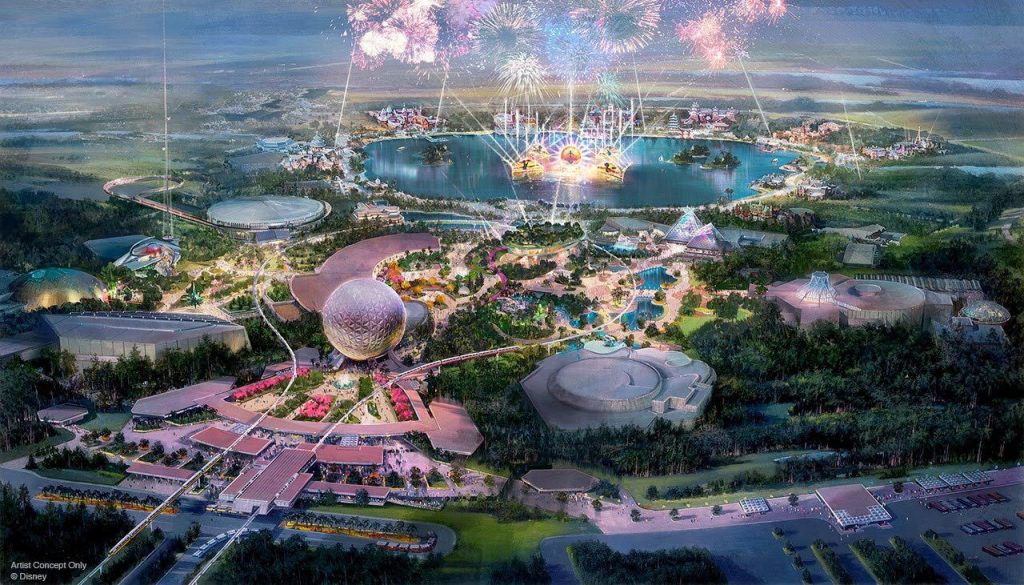 The night began with disappointment for some hardcore fans. Disney’s “secret” announcement, speculated by fans to be everything from a Disney-owned airline to a fifth Disney World park, was instead revealed to be a documentary about Disney employees called “One Day at Disney,” which will air on the upcoming Disney+ streaming network.