The first-ever attraction based around “Mary Poppins” is coming to Walt Disney World’s Epcot.

As announced at the 2019 D23 Expo in Anaheim, the new attraction will be placed in the United Kingdom pavilion at Epcot’s World Showcase. While Disney gave  few details about the attraction itself, it will have a familiar entrance: 17 Cherry Tree Lane.

A portion of the street will be recreated in the pavilion, including the home of the Banks family’s eccentric neighbor, Admiral Boom. 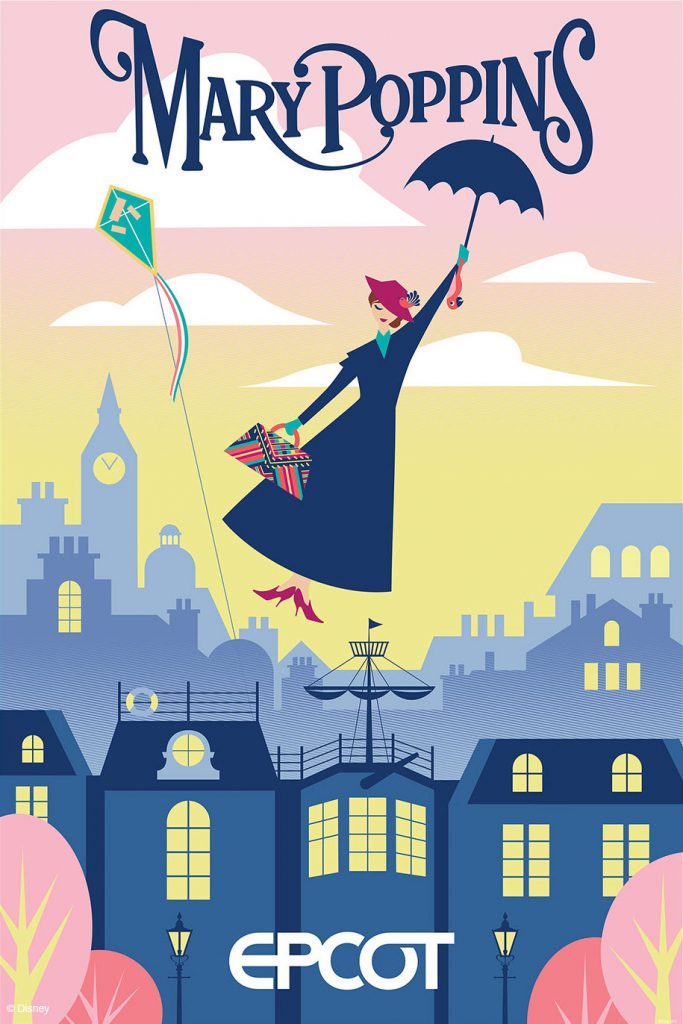 Poster for the new attraction (Disney)

Rumors about a Mary Poppins-themed attraction in the UK pavilion have been persistent for years, including before the last D23 Expo in 2017. But the rumor reporters had been sending mixed messages about it this year; Jim Hill, co-host of the Disney Dish Podcast, said on a June episode that the attraction had been shelved due to the disappointing box office performance of “Mary Poppins Returns,” which grossed $350 million worldwide on a $130 million production budget.

Disney also announced a few smaller updates to World Showcase, including names for the new films coming to the Canada pavilion (“Canada Far and Wide”) and China pavilion (“Wondrous China”). The previously-announced attraction coming to the France pavilion, Remy’s Ratatouille Adventure, is now set to open in the summer of 2020.

Other 2020 additions to World Showcase will include a “Beauty and the Beast” sing-a-long in the France pavilion, opening in January, and the debut of the park’s new permanent nighttime show, called “HarmonioUS.”

“It will celebrate how the music of Disney inspires people the world over, carrying you away harmoniously on a stream of familiar Disney tunes reinterpreted by a diverse group of artists from around the globe,” Disney said in a blog post. “‘HarmonioUS’ will feature massive floating set pieces, custom-built LED panels, choreographed moving fountains, lights, pyrotechnics, lasers and more.”

For the second straight expo, rumors of a new World Showcase pavilion did not come to fruition. WDW News Today had reported just days earlier that a Brazil pavilion was “all but confirmed” to be announced, yet no mention of it was made during the presentation.