The show floor at the IAAPA Expo in Orlando is filled with first looks at new coasters coming to parks across North America in 2023.

Coaster train reveals are commonplace at the annual convention, but they seem especially plentiful this year as theme parks get back to building big attractions and recovering from the COVID-19 pandemic.

Chance Rides showed off new cars for Bone Shaker, which is opening in 2023 at the brand new Mattel Adventure Park in Glendale, Arizona. 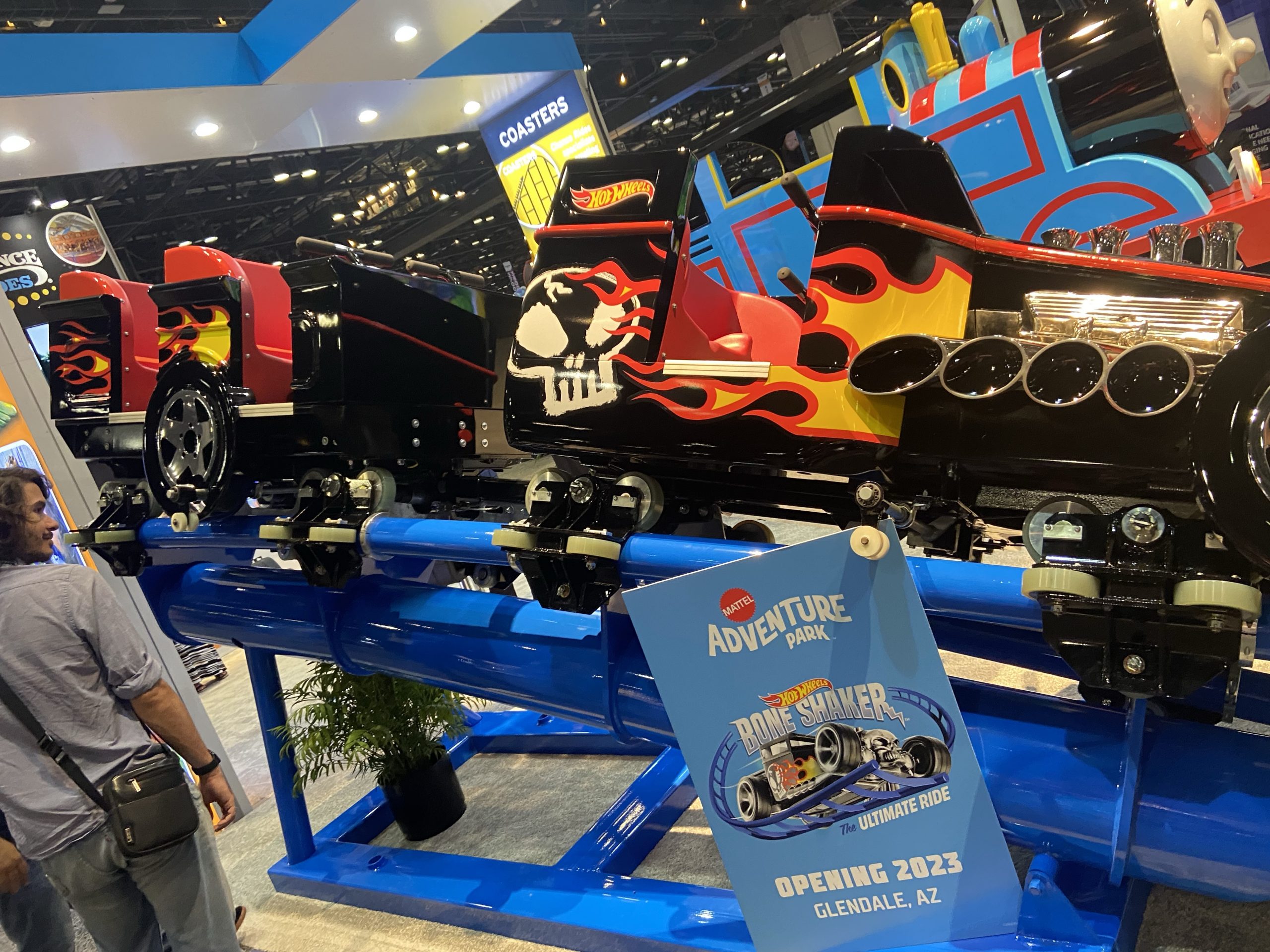 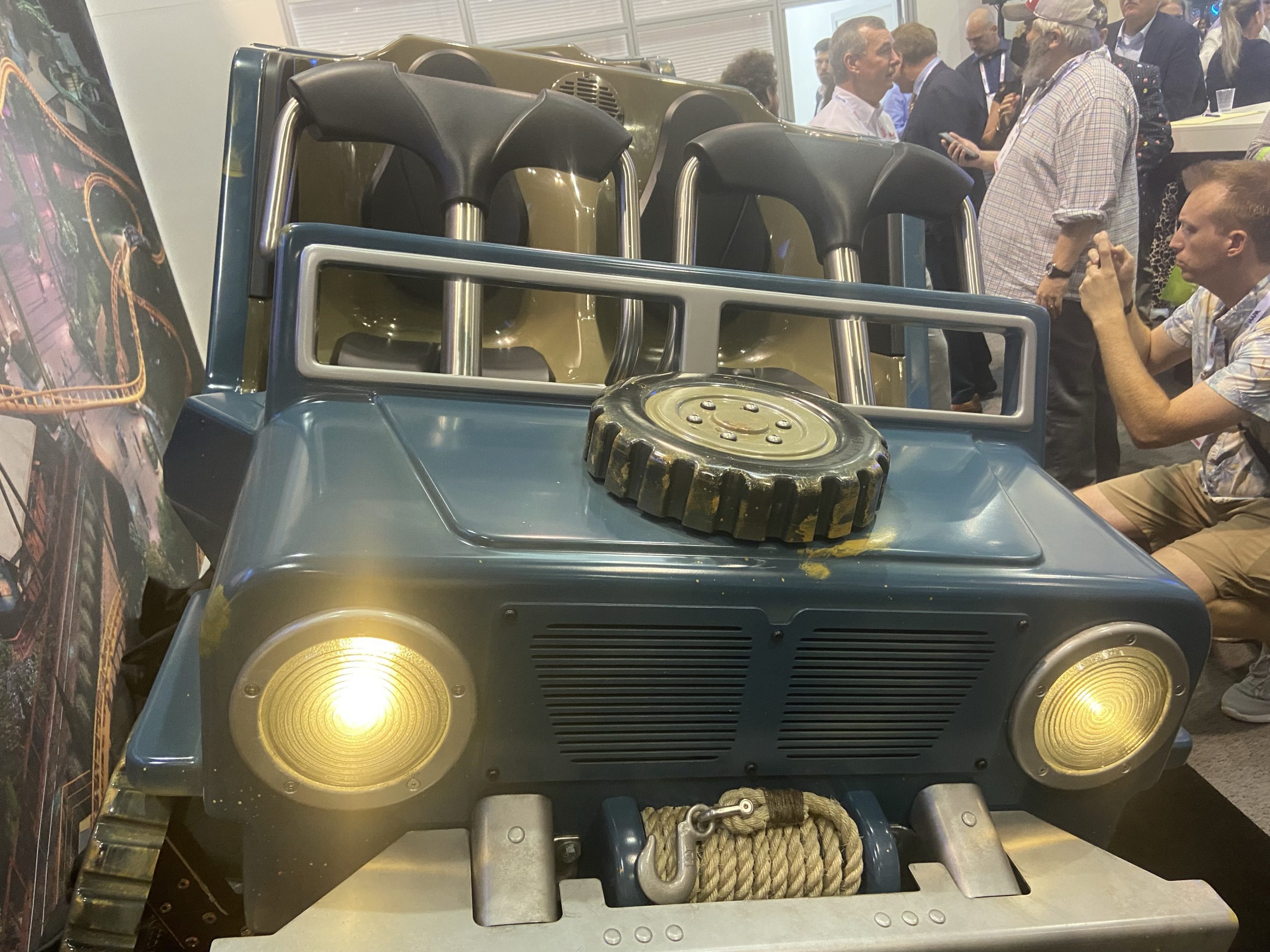 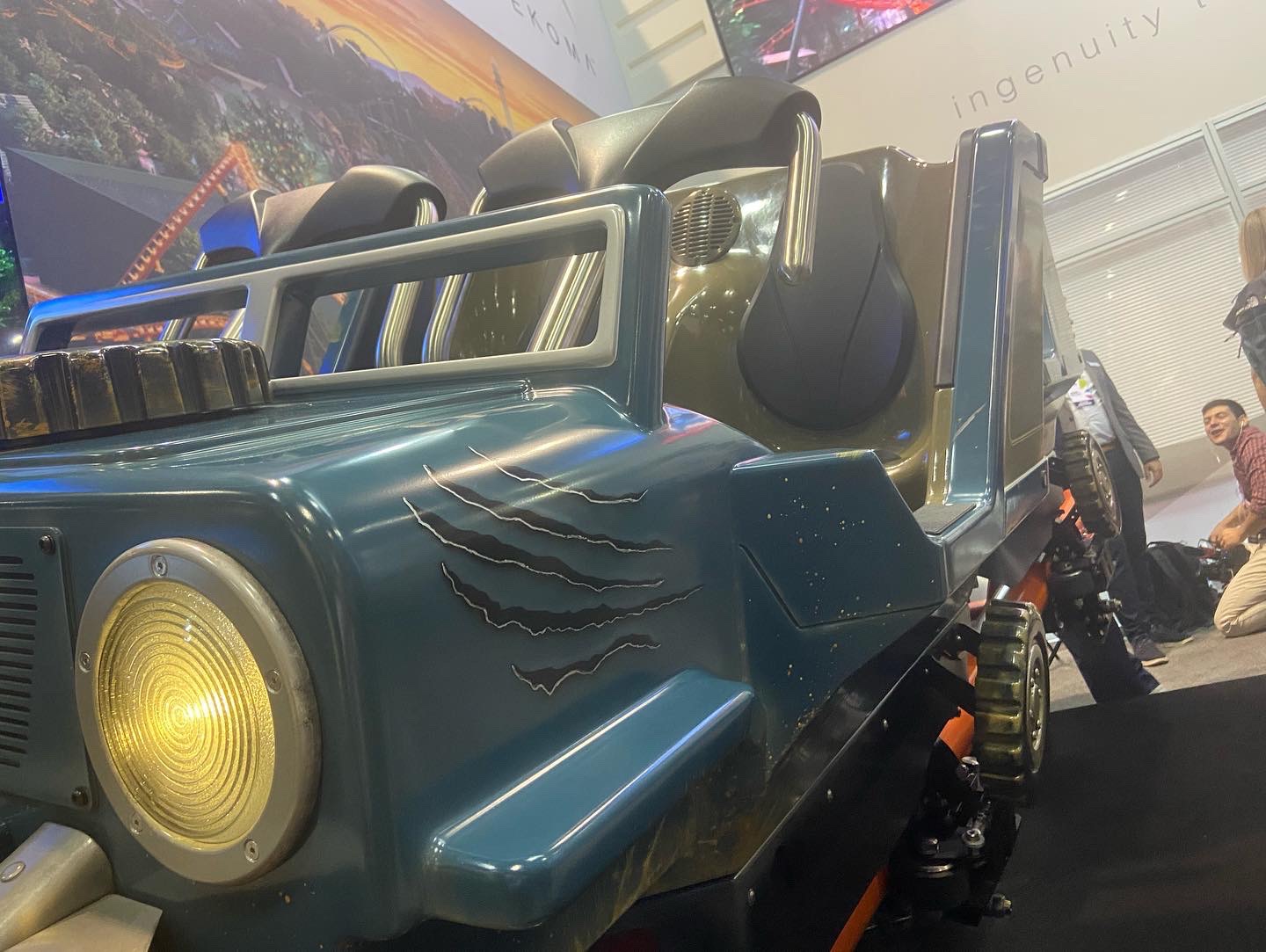 Claw marks at the front of the train (Theme Park Tribune)

SeaWorld had the morning’s first reveal with the cars for the first “surf coaster” coming to Orlando, but also made waves by displaying another new-for-2023 coaster, Arctic Rescue at SeaWorld San Diego. 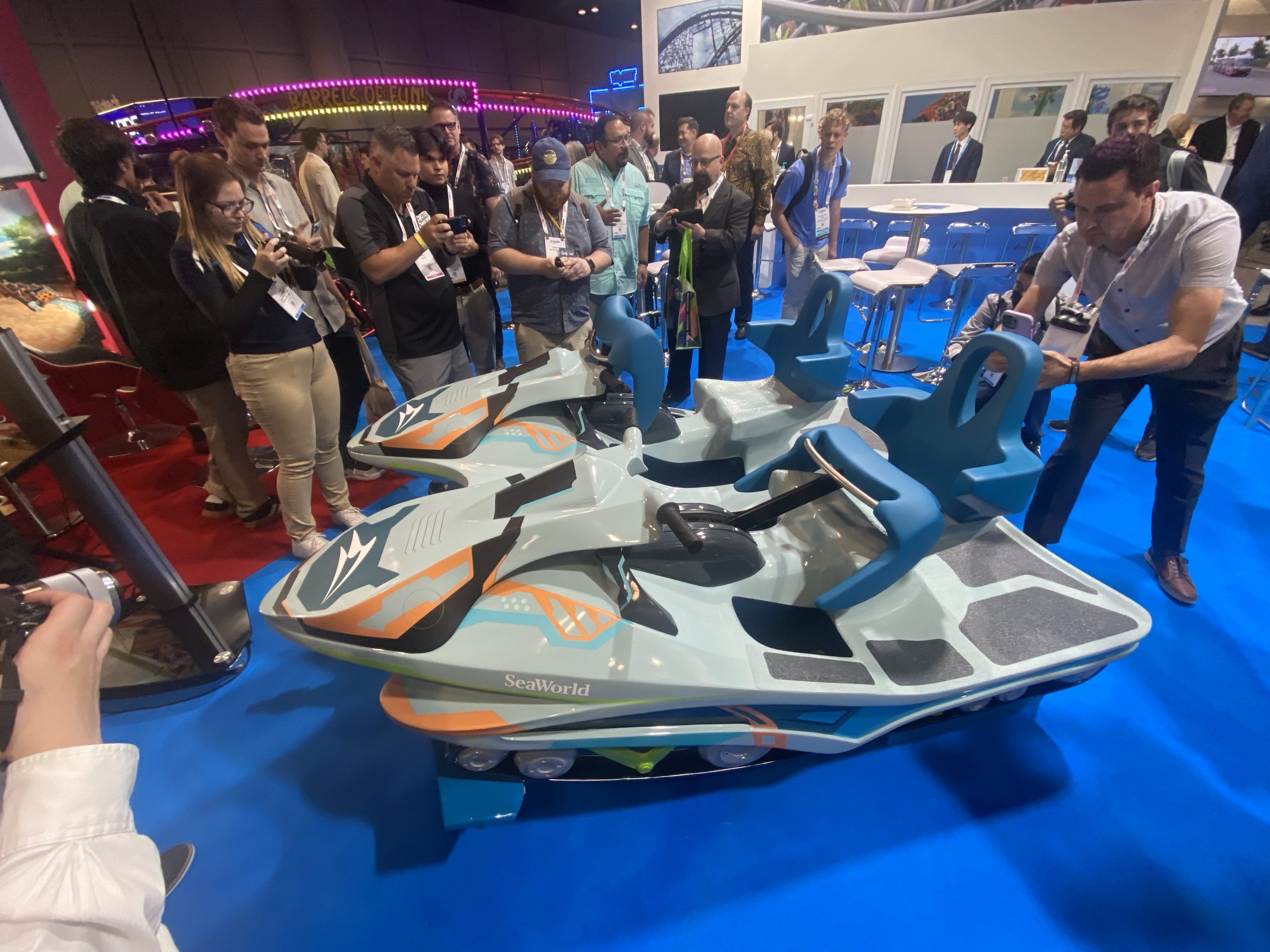 Cedar Point is opening a spinning Wild Mouse coaster built by Zamperla in 2023. The design features a side door allowing for easier access for guests transferring from wheelchairs. 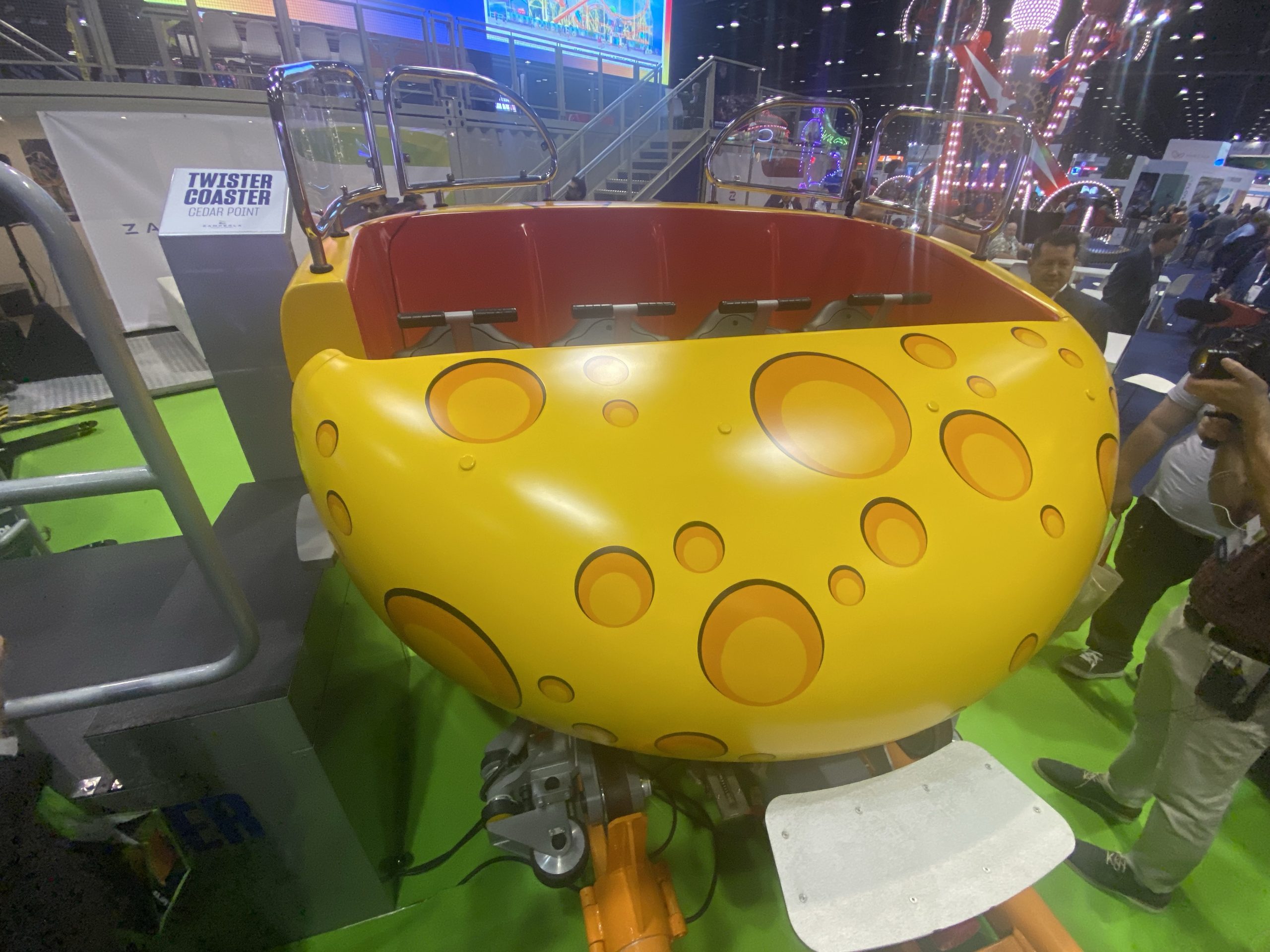 Zamperla also offered a look at the lead car for its first launch coaster coming to Vancouver’s PNE Playland. At 45 miles per hour, the unnamed will be the fastest launch coaster in Canada when it opens in 2024. 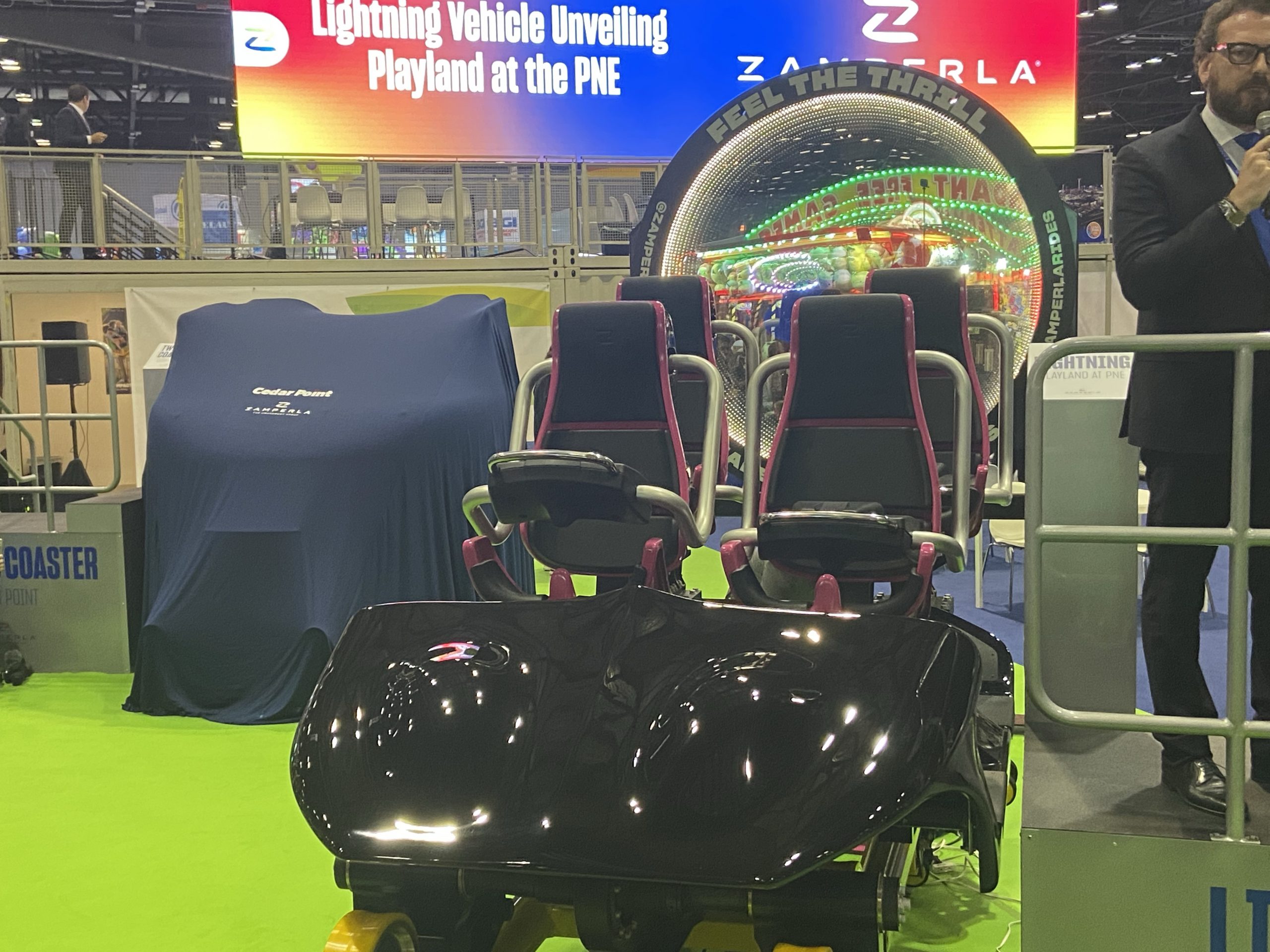 Zamperla also teased that it would announce more coming installations of this new launch coaster model in the next year.

In another reveal for the Cedar Fair chain, Great Coasters International unveiled the lead car for the new version of Zambezi Zinger opening at Worlds of Fun in Kansas City next year.

The wooden coaster, which pays homage to the original Zambezi Zinger with a spiral lift hill, will be first new coaster at Worlds of Fun since 2009.

This article was updated after its original publication to include photos of Zambezi Zinger.