As part of a series of new attraction announcements Thursday, Cedar Fair revealed that Canada’s Wonderland and Carowinds will be adding rides in 2023.

For Canada’s Wonderland, these are two larger additions. First, the park will be adding its 18th roller coaster, Snoopy’s Racing Railway, to the park’s Planet Snoopy section.

The family coaster will feature a launch of 31 miles per hour “before zipping through dips and turns as your train narrowly avoids the traps set by Woodstock and his Bad Seed Gang,” according to a park press release.

According to the Roller Coaster Database, this new coaster will be built by Germany’s ART Engineering, which was also responsible for Wonder Mountain’s Guardian at Canada’s Wonderland. 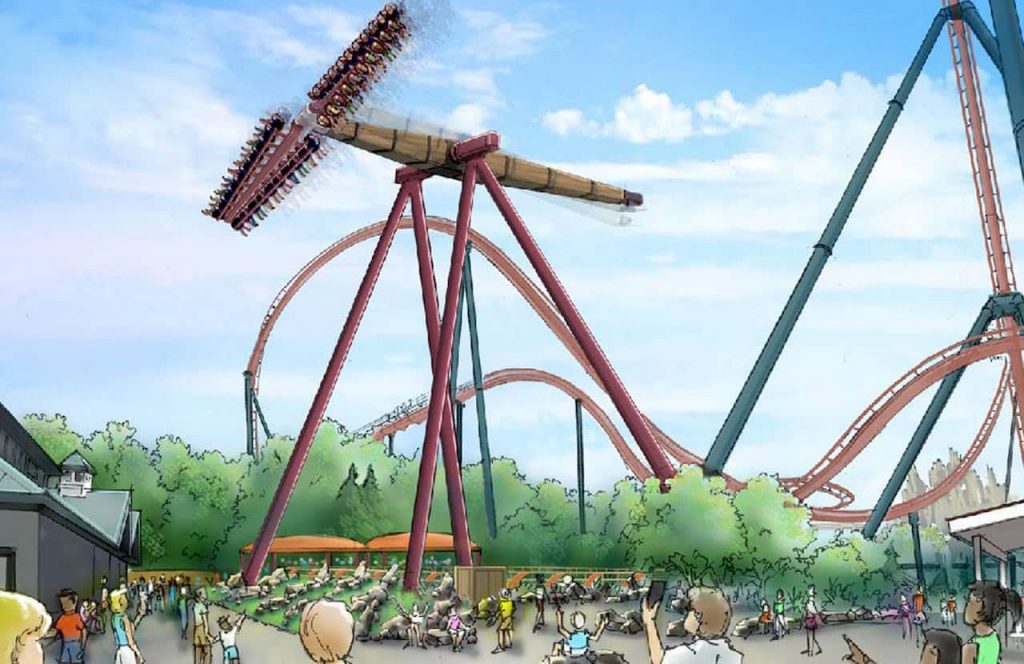 For thrillseekers, the park is also adding a 154-foot-tall spinning flat ride called Tundra Twister. The park called it the “only one of its kind in the world” that will have guests spinning, twisting and twirling 360-degrees, upside-down,” at a top speed of 46 miles per hour. The new ride will be located in the Frontier Canada section of the park.

Down south at Carowinds, the park will be retheming its Crossroads section to Aeronautica Landing. The revamped land pays tribute to the Carolinas’ aviation history.

“We are constantly looking for new ways to provide immersive experiences for our guests that showcase the rich history and heritage of the Carolinas, while showcasing the rich legacy and original themes of Carowinds,” Carowinds vice president and general manager Manny Gonzalez said in a press release. “This region played such an integral role in the history of developing and testing the tools for aviation, and we believe Aeronautica Landing will help bring that to life for our guests for years to come.”

Along with the existing Afterburn roller coaster, Aeronautica Landing will feature four new flat rides along with a rethemed version of the Dodgem bumper cars called Hover and Dodge.