Throughout the late summer and early fall there was a near-daily war of words pitting California’s biggest theme parks and the administration of Gov. Gavin Newsom.

After a new set of reopening metrics for California were unveiled in August, the theme park industry became increasingly vocal in its calls for parks to reopen, as Florida and others allowed during the COVID-19 pandemic. They found allies among cash-strapped local governments and unions representing employees who feared for their futures.

Blogs, YouTubers and influencers that cover Disneyland also advocated for reopening the park after Newsom released stringent guidelines opposed by the industry. Members of the California Attractions and Parks Association (CAPA) wouldn’t rule out legal action against the state.

But after early November, the barrage of press releases and critical statements ceased. The reason is obvious: another COVID-19 surge.

The strain on hospitals has increased dramatically, from just 183 hospitalizations on Nov. 2 to 1,371 on Tuesday. The number of cases in intensive care units has grown fivefold. 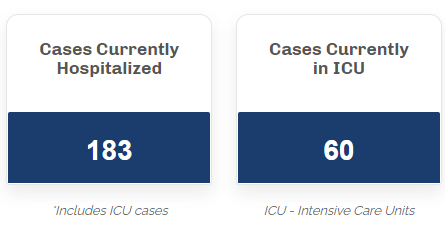 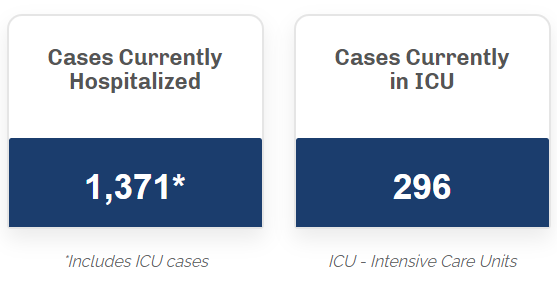 “Every day we break the record of the number of people who have [been] infected. So I’m pleading with the community: please, please do not gather. And make sure you follow the public health guidance. Because our hospitals are now bombarded,” Orange County health officer Dr. Clayton Chau said Tuesday, according to Voice of OC.

Under California’s color-coded, four-level tier system, Orange County would be in the “purple tier,” the most restrictive of the four. Theme parks and their allies had pushed to be allowed to reopen in the “orange tier,” the second-least restrictive level, but the state guidelines placed theme park reopenings in the “yellow tier,” which may not be achievable until summer 2021.

The tier system has since been superseded by a new metric based on regional availability of ICU beds, which has led to much of the state falling under a new stay-at-home order.

In other words, Disneyland’s home county is nowhere close to the threshold that would allow for a safe reopening, either by the standards of the state or the theme park industry. In fact, Disney is now putting its PR muscle behind a campaign promoting the state’s COVID-19 safety guidelines.

“The safety of our members is our number one priority,” said Priscilla Clark, spokesperson for UFCW 324, which represents retail employees at the Disneyland Resort. “Our position has been for the state to allow Disney to reopen with reduced capacity once Orange County is in the Orange tier with the strict implementation of safety protocols and a testing program.

You’ll find similar situations in both Los Angeles County, home of Universal Studios California, and San Diego County, which houses SeaWorld San Diego and Legoland California. In L.A. County — the most populous county in the U.S. — COVID-19 hospitalizations jumped from 777 on Nov. 2 to 4,403 on Tuesday, and the number of new daily cases reported has been as much as 10 times higher. COVID-19 hospitalizations in smaller San Diego County have grown from 288 on Nov. 2 to 1,084 on Tuesday.

The surge has led theme parks to roll back what limited, ride-less operations they were allowed. Knott’s canceled weeks of dates for its Taste of Merry Farm food festival. Legoland called off its holiday event. Parts of Downtown Disney and Universal CityWalk have closed again now that outdoor dining is banned.

The surge hasn’t changed the theme park industry’s position that it can reopen safely during the pandemic — but it’s certainly not advocating for that reopening to happen in the current COVID climate.

“CAPA’s Reopen Responsibly campaign highlights California theme parks’ implementation of comprehensive safety protocols following internationally recommended best practices so they can be ready to welcome staff and guests back as soon as appropriate,” CAPA spokesperson Hilary McLean said in a statement to Theme Park Tribune. “CAPA recognizes the severity of the current COVID rates of infection, and continues to advocate that the state of California should approve parks to reopen when a county or region achieves the Orange (or moderate) tier according to the state’s Blueprint for a Safer Economy.”  ‘