The Orange County Sheriff’s Office (OCSO) is still investigating the theft of Disney World animatronic Buzzy, despite a source claiming the figure was never stolen and remains on Disney property.

Buzzy’s whereabouts have been the subject of rampant speculation among Disney World fans since rumors of the theft first began circulating in December. A few days later, the sheriff’s office released a report showing that the animatronic’s hands and gloves had been reported stolen in August 2018.

No further update came until May, when the arrest warrant for a separate theft of Disney World items mentioned the entire Buzzy animatronic had indeed been stolen. Asked for clarification, the sheriff’s office confirmed to Orlando Rising: “Yes, the animatronic is stolen. However, that is still a very active investigation and we do not have additional details at this time.”

Not everyone has been convinced by the OCSO statement. Among the skeptics is Dave “Hoot Gibson” Ensign, a former Disney World urban explorer.

Ensign has been used as an expert source on the Buzzy saga, telling Orlando Weekly in January that according to his own unnamed sources, Buzzy had been quickly removed for safety reasons without notifying park operations or security, who then “assumed he’d been stolen.”

Fast forward to June 29, when Ensign tweeted that Buzzy was on Disney property. 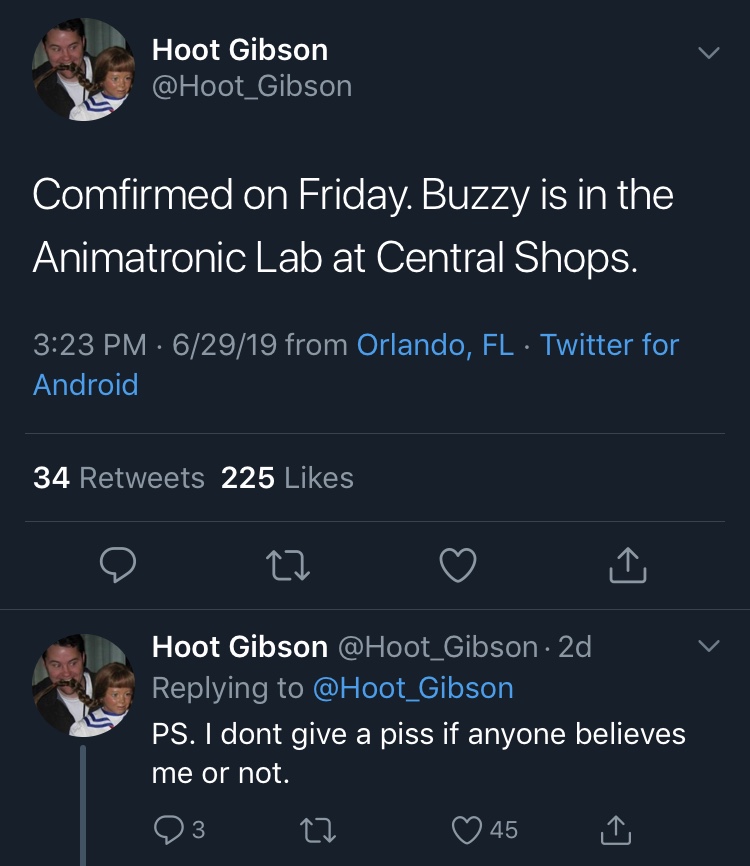 According to Ensign, the figure was removed to be used in the queue for the new “Guardians of the Galaxy” roller coaster being constructed next to Buzzy’s old Epcot home at the Wonders of Life pavilion. Ensign pointedly added that he wouldn’t be providing any photographic evidence to back his claim, and when commenters questioned his story, he cast doubt on the previous mentions of the Buzzy theft in the arrest warrant and the OCSO statement to Orlando Rising. 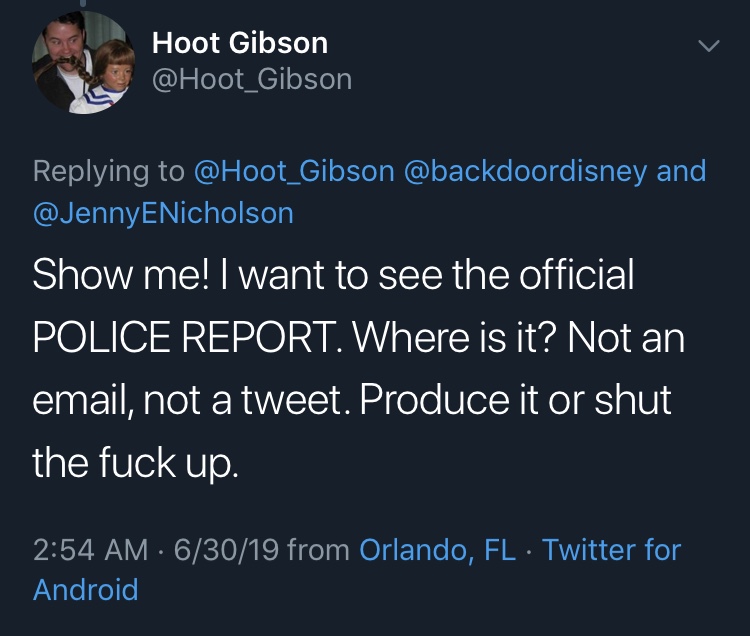 Ensign has since deleted his tweets. Disney World has declined to comment on the theft, calling it “an Orange County’s Sheriff’s Office matter.”

Orlando Rising asked the sheriff’s office if there has been any recent change in the investigation, noting the rumor suggesting that Buzzy was never stolen and remains in Disney’s possession.

“As we advised in our previous statement, the animatronic is stolen and has not been recovered,” OCSO investigators told Orlando Rising. “The investigation is still open and active.”

Despite Ensign’s demand for his online detractors to produce an “official police report” of the theft, as long as the investigation is considered active, records related to the case — including the initial report of the theft — remain exempt from Florida’s Freedom of Information Act laws.

Records in the related thefts, including that involving Buzzy’s hands and gloves, have only been released to the public and the press when criminal charges were filed.

Ensign did not initially return Orlando Rising’s request for comment via a direct message on Twitter. When Orlando Rising replied to one of his tweets again seeking comment, he responded with the following: 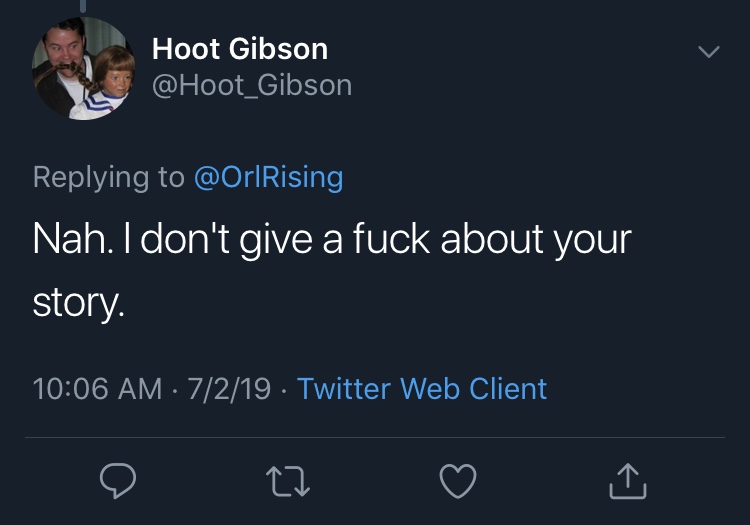 Editor’s Note 7/2/19: This story has been updated after its initial publication with screenshots after Dave Ensign deleted tweets originally cited in the story and replied to Orlando Rising’s request for comment.