Busch Gardens Tampa Bay has revealed the ride vehicles for Iron Gwazi, the 206-foot-tall hybrid coaster opening at the park next year.

The crocodile-themed coaster car is now on display at the International Association of Amusement Parks and Attractions (IAAPA) expo, a trade show held annually at the Orange County Convention Center.

The hybrid Iron Gwazi will be a new steel coaster track built on top of the wooden supports of the former Gwazi coaster, which closed in 2015. These conversions have become a specialty for manufacturer Rocky Mountain Construction, but Iron Gwazi will be its first foray into Central Florida.

“It’s going to be one of the very best,” said Fred Grubb, owner of RMC. “We’re very, very excited.” 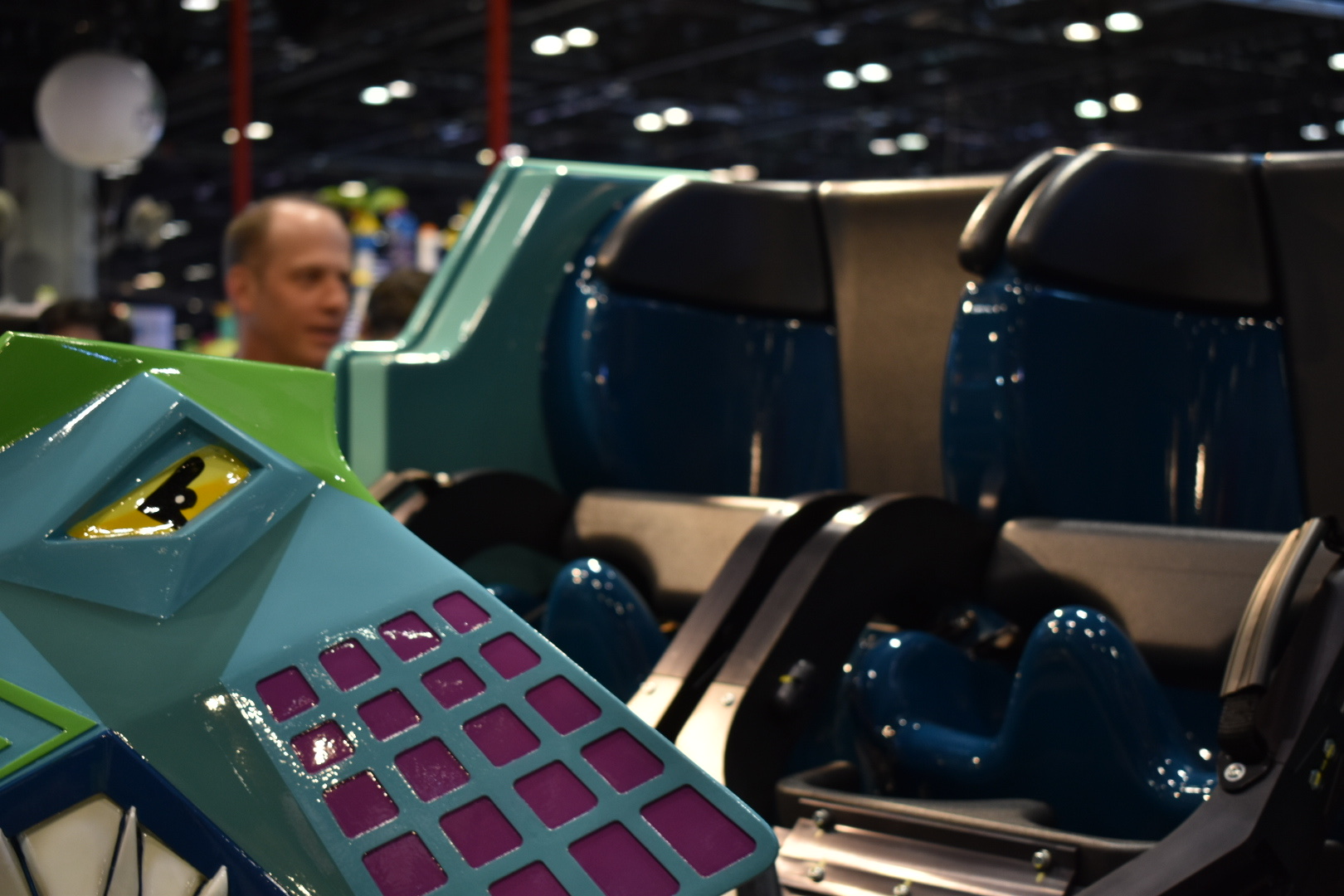 The seats for the new Iron Gwazi car (Orlando Rising) 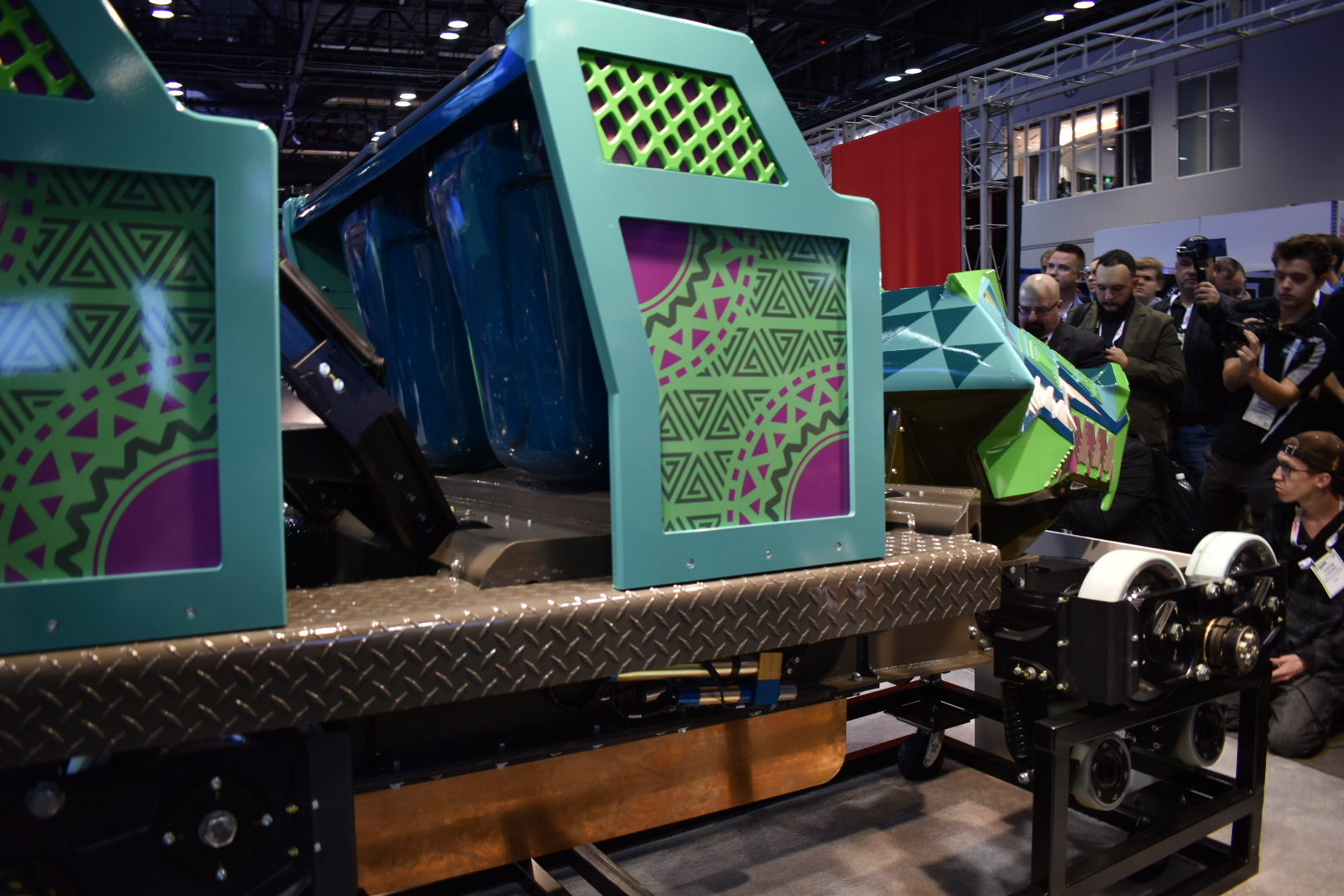 A view from the side (Orlando Rising)

Topping out at 206 feet, Iron Gwazi will be the tallest hybrid coaster in North America. It will set new world records for being the steepest (with a 91 degree drop) and fastest (76 miles per hour) hybrid coaster. All three records are currently held by another RMC creation, Steel Vengeance at Cedar Point in Sandusky, Ohio.

Along with its record-setting numbers, the coaster will also will feature three inversions and 12 airtime features over 4,075 feet of track.

Busch Gardens clarified that despite the crocodile theme, the name “Gwazi” is not a translation of crocodile from a foreign language, as one reporter asked at the unveiling. The name was simply invented for the old wooden coaster.

Iron Gwazi is currently scheduled to open in spring 2020.