Looking at the land from the Upper Lot, you can see Bowser’s head has been installed on the facade that will serve as the entrance to the Mario Kart attraction, the land’s only ride. The head looks foreboding and massive in person. 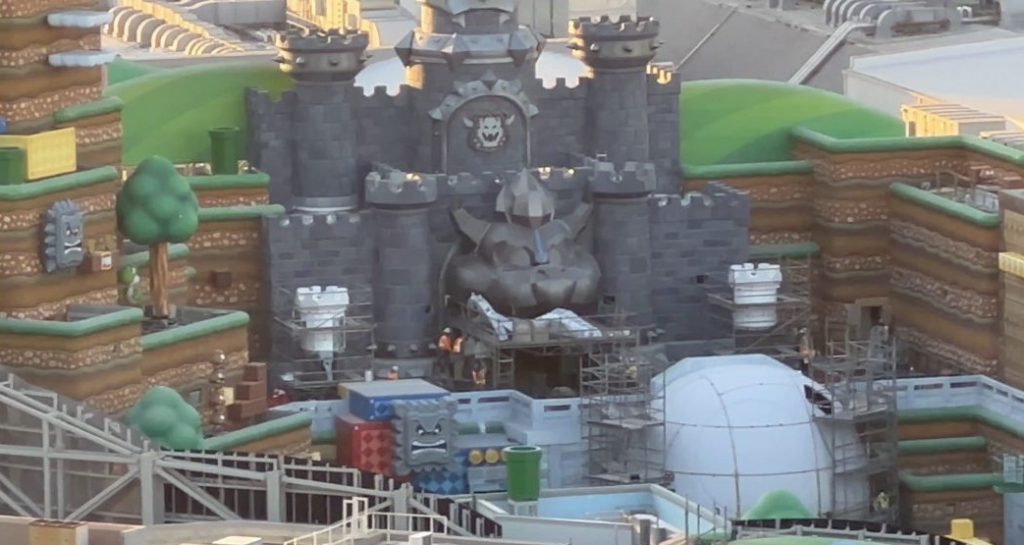 Moving to the vantage point from the Starway, you can see more detail. More scenery and animatronics have been installed. 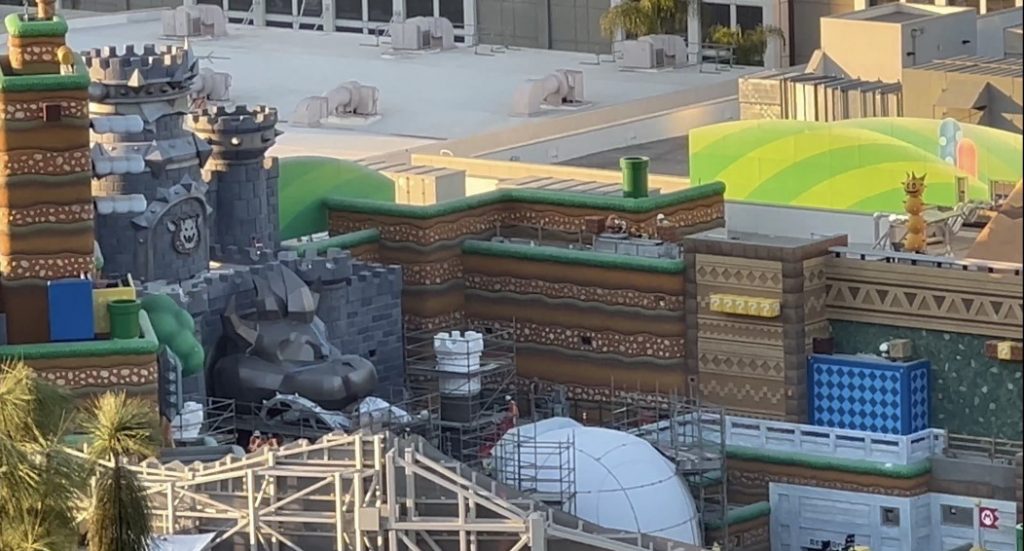 Another view of the land (Ethan Becker)

The marquee is now in place over the main entrance tunnel, which will be a green warp pipe. You can see Peach’s Castle peaking over the Mushroom Kingdom. That’s where guests will be deposited into the land after walking through the warp pipe. 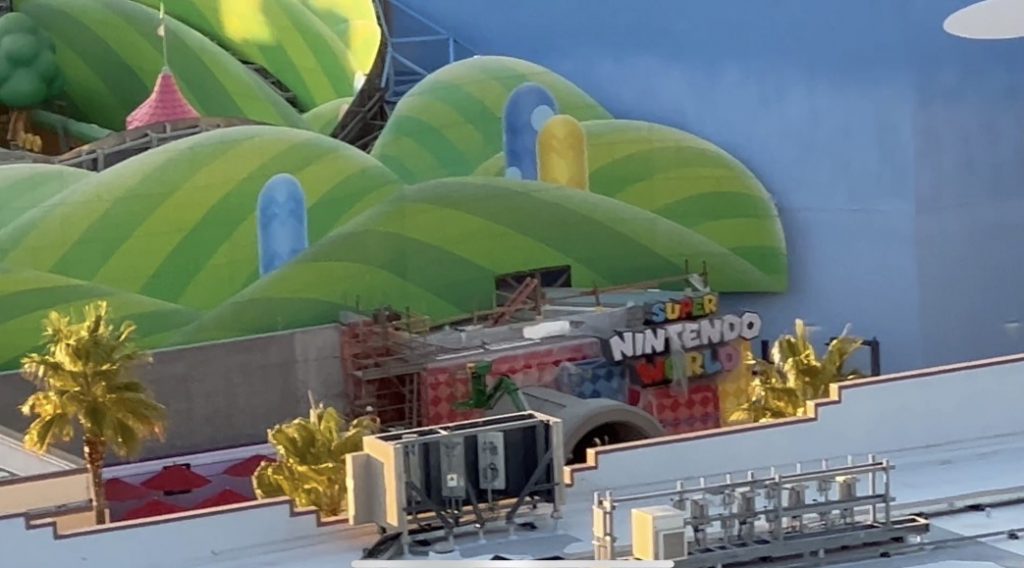 I even got a short video of some of the animatronics on Mount Beanpole testing this past Saturday.

Super Nintendo World is officially scheduled to open at Universal Studios Hollywood in early 2023, but unconfirmed rumors suggest the land could begin its soft opening phase as early as January. Reservations are likely to be required to access the land, with the park’s Plantinum Annual Pass offering a one-time entry after 3 p.m. without needing a reservation.