Under construction since January, the new slide will drop two riders down tubes to the “vertical wave wall” that creates a moment of weightlessness.

“KareKare” means “waves” in the Maori language, so Aquatica says the name of the ride could be described as “curved shaped wave.”

“True to its name and holding two passengers, this new slide delivers a high-adrenaline, weightless adventure,” Aquatica said in a press release. With the addition of KareKare Curl, Aquatica Orlando will become the thrill leader among Florida waterparks, with more high thrill rides than any other.” 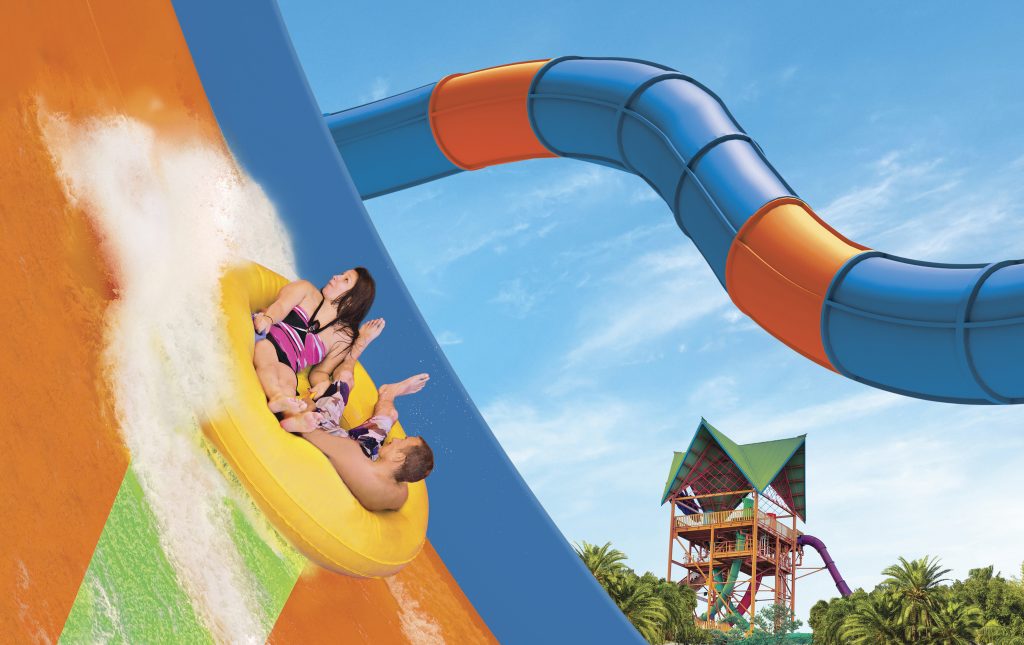 This is the second straight year that Aquatica has opened a new attraction. Last year’s addition was Ray Rush, which won the 2018 best new water park ride award from industry publication Amusement Today.

The new slide comes soon after one of SeaWorld Orlando’s biggest additions ever, Sesame Street. The six-acre section features six rethemed attractions along with a recreation of Sesame Street locales like the 123 stoop and Mr. Hooper’s Store.