The Anaheim Planning Commission has approved plans to build a new tower at the Disneyland Hotel to house Disney Vacation Club units.

Monday’s 7-0 vote in favor of the project means the plan will now be considered by the Anaheim City Council.

Currently, members of the Disney Vacation Club timeshare program have only one option at Disneyland Resort: the DVC wing of the Grand Californian Hotel & Spa, where the scarce inventory has made it one of the most expensive DVC contracts on the resale market. 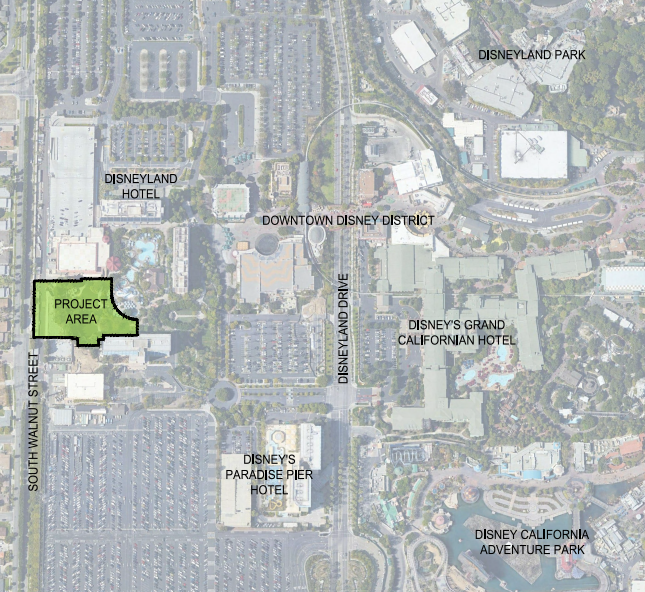 The proposed tower would be located along the western edge of Disney property in Anaheim along Walnut Street and just south of the convention center space. While adding another pool area to the Disneyland Hotel, the expansion will mean relocating the existing health club building, event lawn and maintenance shops.

The L-shaped tower will be 12 stories at its maximum height, but the side facing Walnut Street — and residential areas adjacent to Disneyland — will have “stair-step” design, with the section closest to the road standing at only five stories. 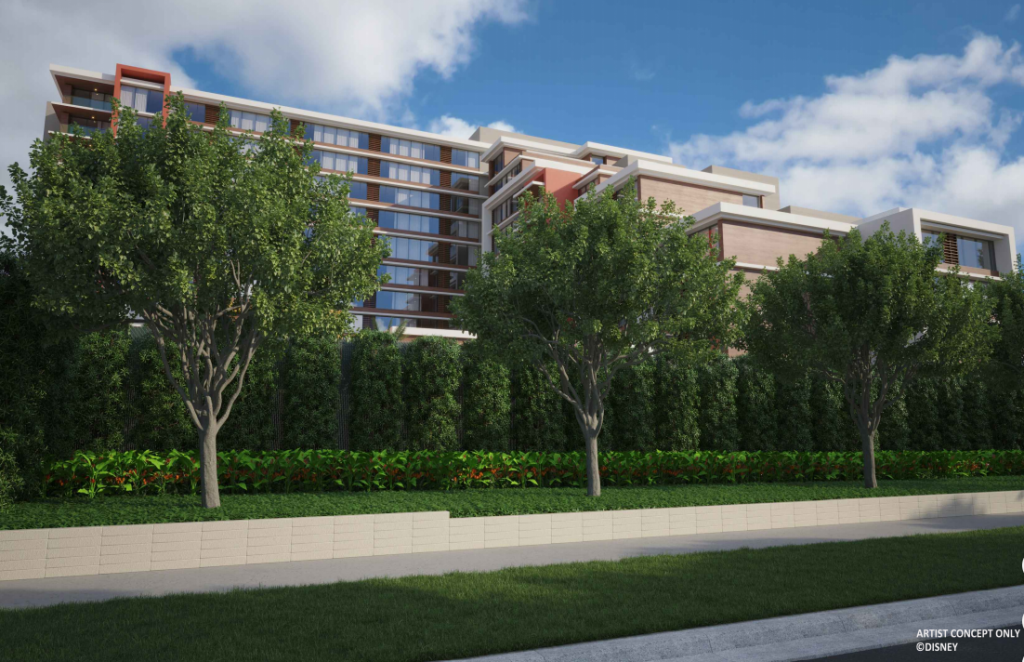 Rendering of view from Walnut Street (City of Anaheim)

If completed the tower will add another 350 units, 253 of them being studios that can fit up to four guests. The expansion would also feature 38 “pod” units for two guests, similar to what was introduced at Disney’s Riviera Resort.

The Disneyland Hotel remains closed due to the COVID-19 pandemic, along with Disneyland’s other hotels and theme parks. Only the Downtown Disney shopping and dining district has reopened.