The former Tarzan’s Treehouse in Disneyland will be transformed into Adventureland Treehouse, reopening next year to the 1960 film “Swiss Family Robinson.”

Disneyland’s treehouse became Tarzan’s Treehouse in 1999. That attraction shuttered in September 2021, and rumors circulated from the likes of WDW News Today that it may be rethemed to the 2021 Disney animated hit “Encanto.”

WDWNT ended up being wrong, as Disney announced Thursday on its official Parks Blog that the Adventureland Treehouse will be “inspired by Walt Disney’s Swiss Family Robinson” when it welcomes back guests in 2023. 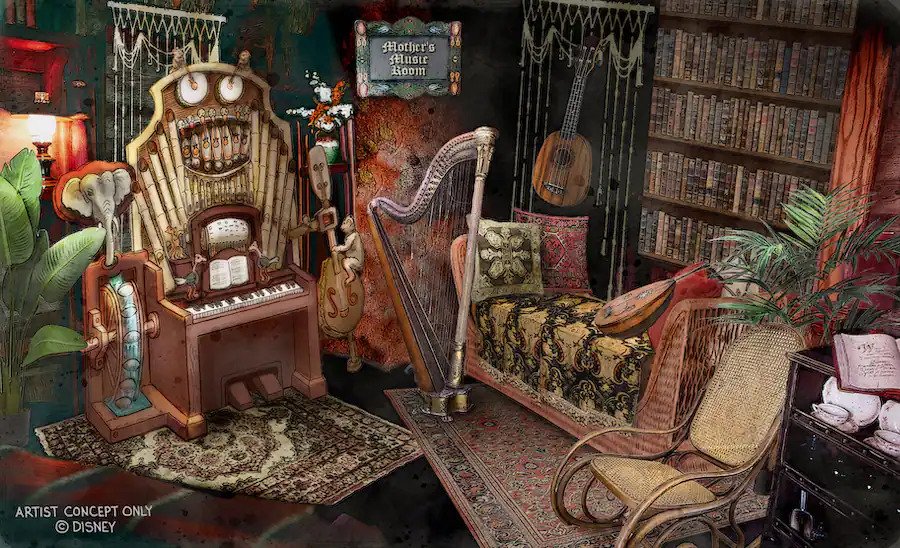 “The Adventureland Treehouse will showcase wonderous new environments created amongst the branches of a giant tree on the shores of the Jungle River, where guests will once again enter by the giant waterwheel and follow the wood rope stairways up, up, up into the boughs,” wrote Disneyland public relations director Kelsey Lynch. “Here, you will find fascinating rooms that the family in this new story created for one another. From the mother’s music den (as depicted in the concept art above) and the young sons’ nature room to the teenage daughter’s astronomer’s loft, all things are fashioned from found objects, natural resources, and pure ingenuity.”

Adventureland Treehouse will be Disneyland’s second new attraction for 2023 as its version of Mickey and Minnie’s Runaway Railway will open on Jan. 27, 2023.