The “Mickey’s PhilharMagic” 3D film will be getting a new scene from the Pixar film “Coco” later this year, marking the first addition to the attraction since it debuted in 2003.

According to a post on the official Disney Parks Blog, the new scene will revolve around the song “Un Poco Loco,” but feature a score unique to the attraction and produced by Germain Franco, one of the original “Coco” composers.

The change will debut July 17 at Disney California Adventure and Disneyland Paris. The original “PhilharMagic” at Disney World’s Magic Kingdom won’t get the new scene until sometime after the resort’s 50th anniversary begins on Oct. 1. 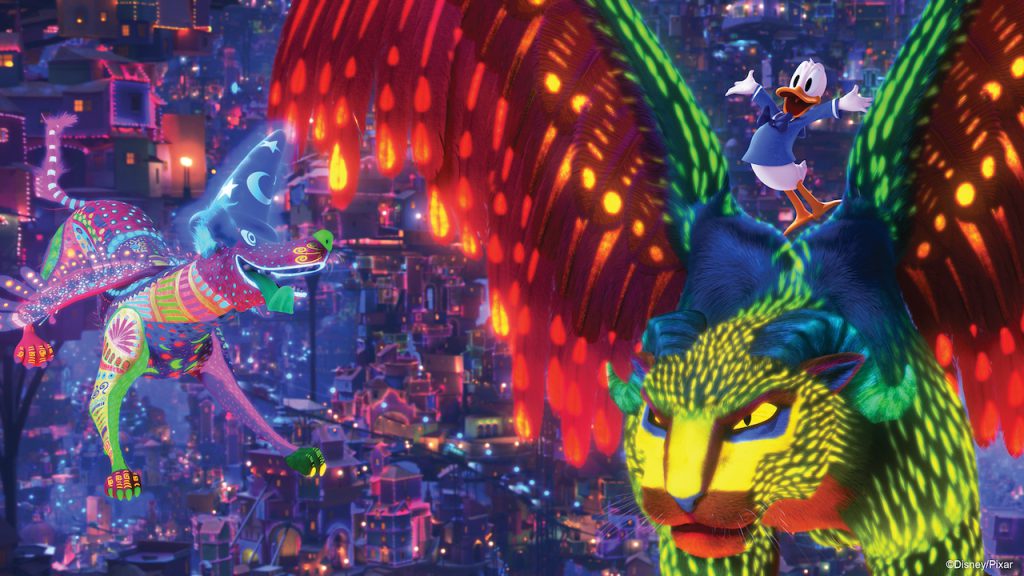 Screen-based attractions are often promoted with the idea that they can be easily updated or expanded with new scenes. In practice, however, this rarely happens quickly at Disney. For example, rumored seasonal overlays for the screen-based Toy Story Mania interactive dark ride at Disney’s Hollywood Studios and DCA have never materialized.

Similar to how it took 18 years for “PhilharMagic” to receive a new scene, the original version of Star Tours at Disneyland ran for 23 years before being replaced by Star Tours – The Adventures Continue, which has been updated several times with new scenes for its randomized sequences.

Until now, “Coco”’s presence in theme parks has been limited to exhibits and live performances. DCA has featured a small show called “A Musical Celebration of Coco” in its Paradise Gardens Park section. Epcot’s Mexico pavilion has hosted both a “Coco”-centric walkthrough exhibit about the Mexican holiday Día de los Muertos and a retelling of “Coco” performed by the Mariachi Cobre band.