With theme parks beginning to put the COVID-19 turmoil behind them, fans across the county will find a lot more in the way of new attractions in 2023.

2022 featured mostly pandemic-delayed attractions, and there are still a few of those in the 2023 list. But in a year promising everything from coasters at long-neglected parks to entirely new parks, Theme Park Tribune had to expand its list this year because there’s so much more worthy of recognition.

So here are Theme Park Tribune’s picks for the 10 most anticipated theme park attractions opening in 2023: 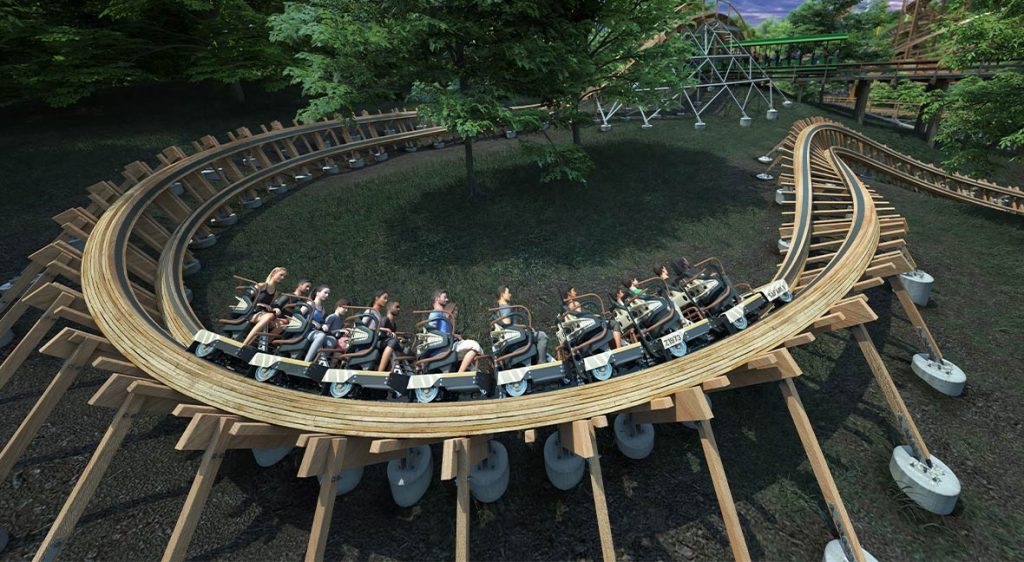 The first new coaster at this Kansas City park since 2009 celebrates the park’s history and may signal a new standard for wooden coasters. 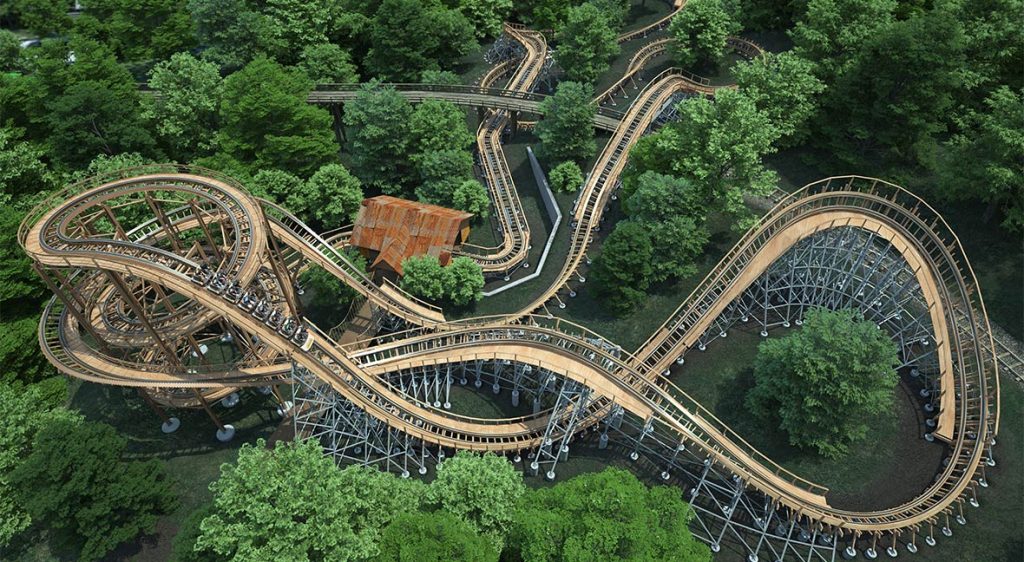 Should this new approach succeed, you can expect more parks to use Titan Track for both new builds and track replacements. 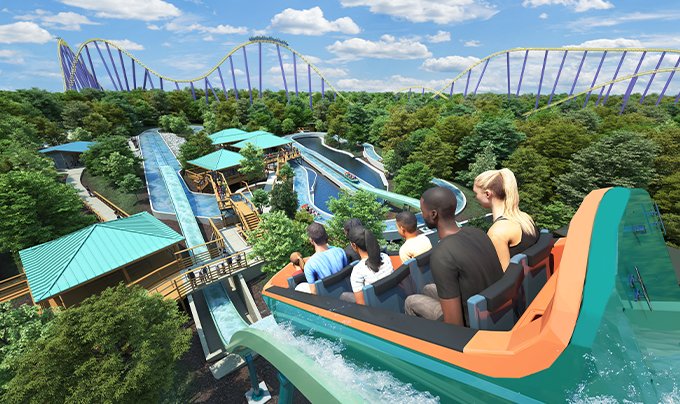 Another new ride models that could become a trend, the world’s first launched flume ride is coming to the ever-expanding SeaWorld San Antonio.

The launch on Catapult Falls is only 20 miles per hour, but it’s a novel addition to what’s been an amusement park staple for decades. The ride also features a vertical lift and multiple drops, including one angled at 53 degrees.

SeaWorld San Antonio is promoting it as a “flume coaster,” but I’ll leave that to other experts to determine. All I care about is how the launch feels and how soaked I’ll be coming back into the station.

Farmington, Utah’s Lagoon is ready to unveil its next in-house coaster creation after seven years of construction.

Primordial’s mysterious mountain will house what the park calls a “one-of-a-kind interactive coaster,” though such a combination has been done before with Wonder Mountain’s Guardian at Canada’s Wonderland. Details are still scarce about the ride experience and the park hasn’t even released official photos of the ride to the press.

Still, Lagoon’s penchant for offbeat, innovative attractions (and how rarely they open new coasters) make this a potential sleeper hit for 2023. 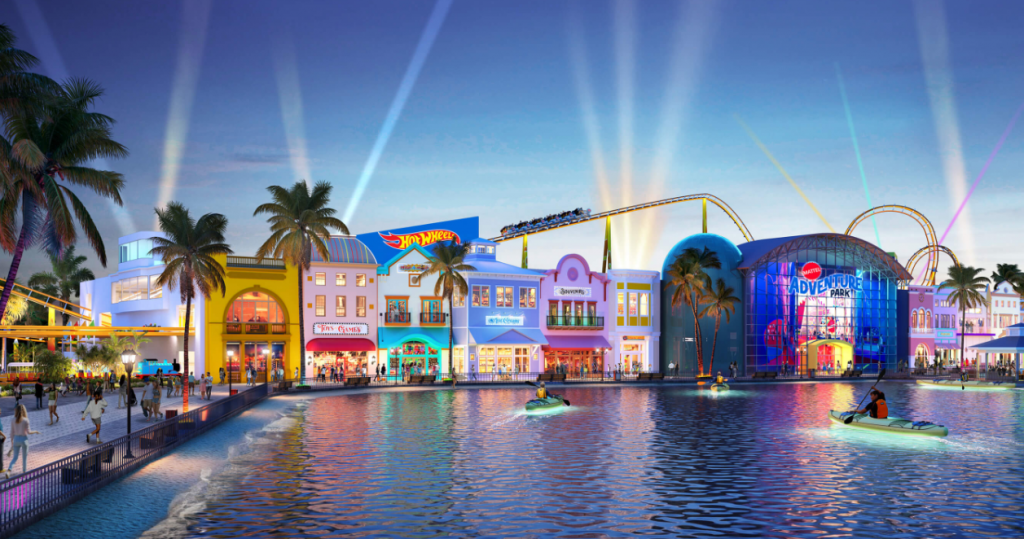 It’s not every year that someone takes the risk of opening a brand new U.S. theme park, so that alone makes Mattel Adventure Park worth a spot on this list.

What makes the park especially intriguing is its location and its theme. Being built in Glendale, Arizona outside Phoenix, Mattel Adventure Park is staking its claim to an underserved market with a load of very recognizable intellectual properties, such as Barbie and Thomas the Tank Engine. 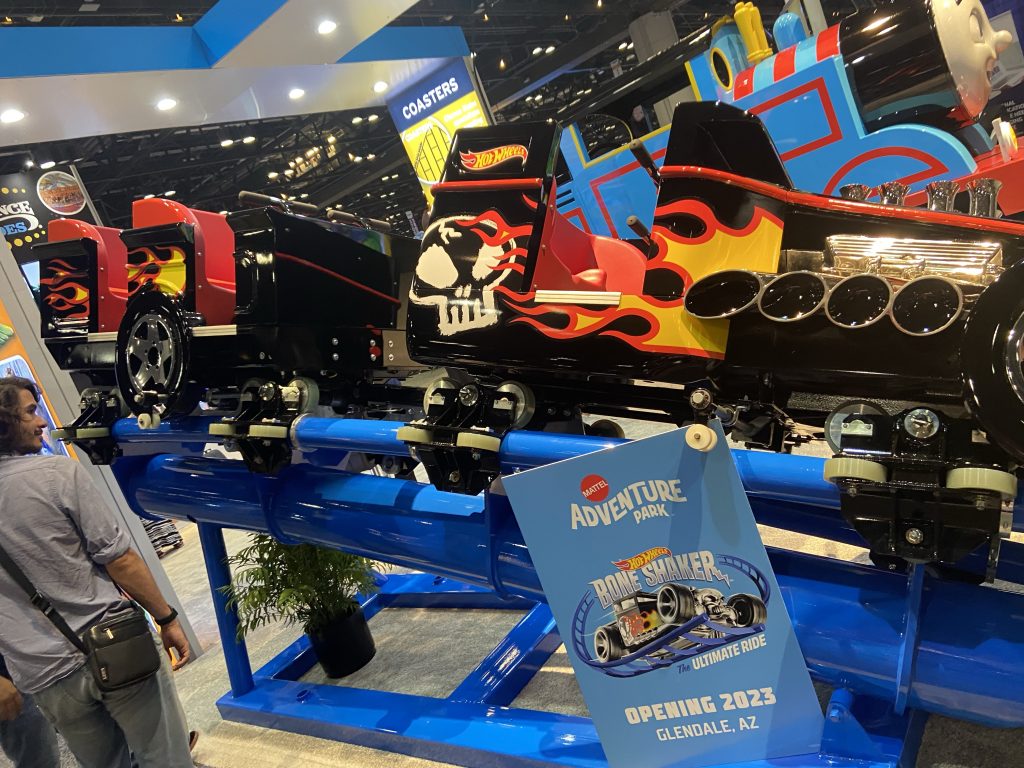 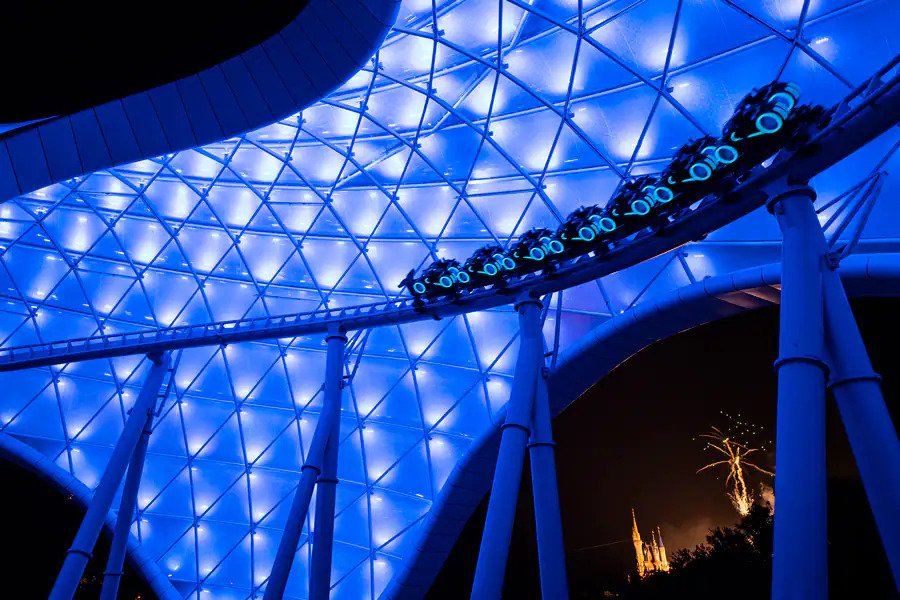 A new roller coaster in the world’s most-attended theme park is a big deal, but it’s hard to get hyped for Tron Lightcycle Run.

When the ride was first announced for Disney World in 2017, the original in Shanghai Disneyland was barely a year old. Nearly six years later, the Florida version runs the risk of feeling like a dated design. Not to mention it may not top more recent coaster additions both in and near Disney World.

That said, it’s a long launch coaster and a thrilling ride by Disney standards (the Shangahi version reaches a top speed of 60 miles per hour). It also improves Magic Kingdom as a whole, pulling guests towards Tomorrowland and away from the overrated Seven Dwarfs Mine Train first thing in the morning. 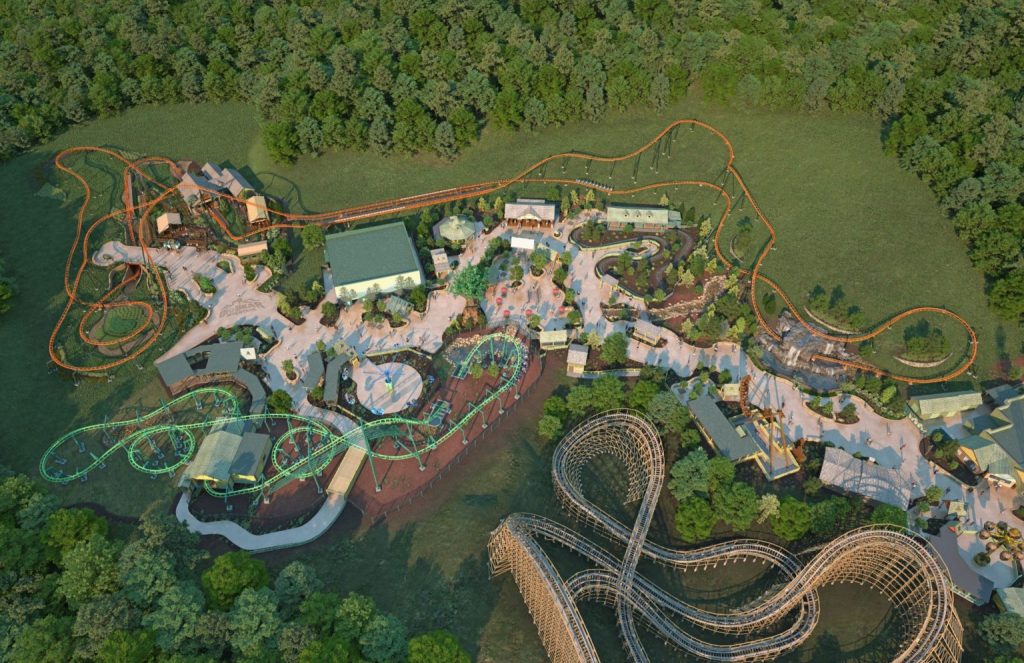 If you’re one of the families thinking Disney World is too expensive these days, you may be the new target for Dollywood with this $25 million family coaster. 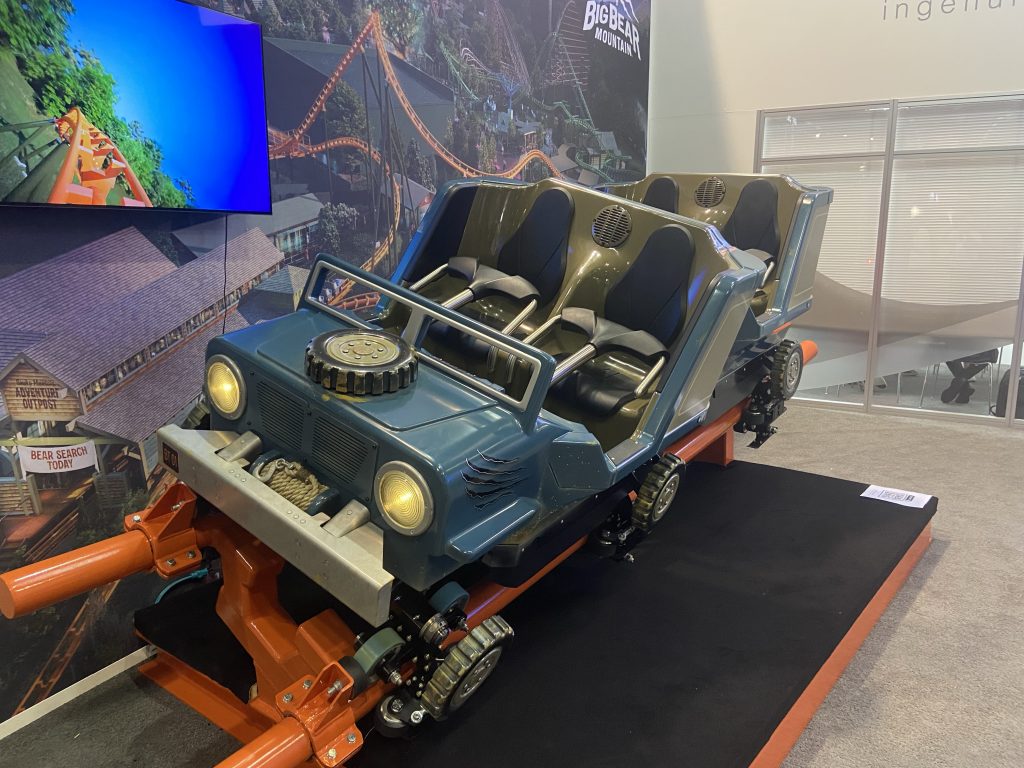 Big Bear Mountain is a major addition to the Pigeon Forge, Tennessee resort, but is perhaps being undersold by coaster enthusiasts hoping for the next Lightning Rod.  That’s a mistake, as having nearly 4,000 feet in track, onboard audio, a 48 miles per hour top speed and only a 39-inch height requirement make this a potential headliner for a park that’s always appealed to more than just the hardcore thrillseekers. 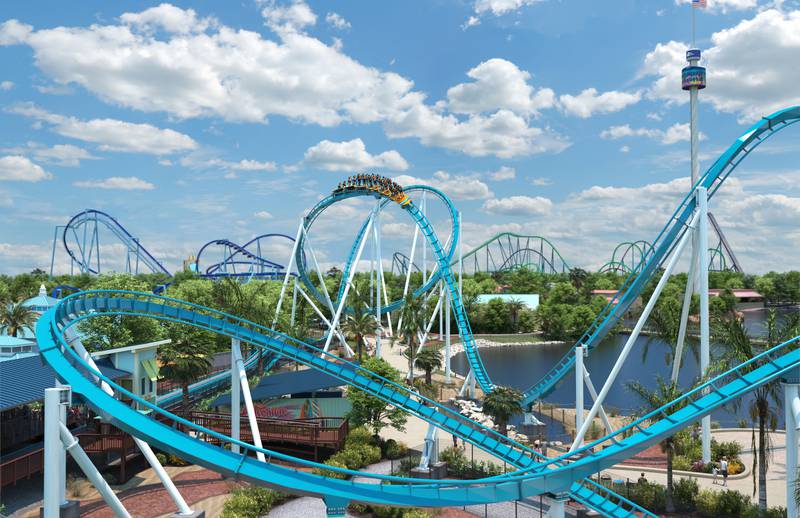 The second new coaster in as many years at SeaWorld Orlando, Pipeline: The Surf Coaster not only bolsters the park’s claim of being Orlando’s premiere coaster destination, it also marks the debut of a new model from famed Swiss coaster firm Bolliger & Mabillard.

Riders on Pipeline will be launched at 60 miles per hour through five airtime moments and one inversion — all while in a stand-up position. SeaWorld insists the surf coaster restraints shouldn’t be compared to past B&M stand-ups because they allow for more vertical movement. 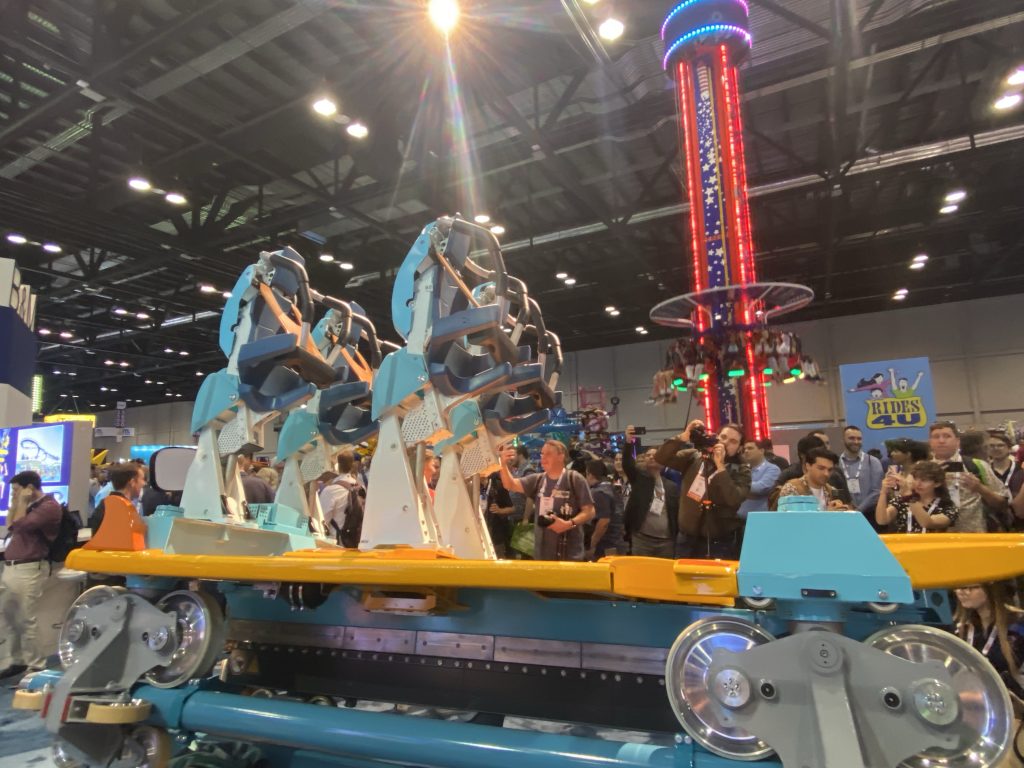 If the new trains truly end up being more comfortable, we could very well see similar coasters head to other SeaWorld parks. Whenever a new B&M model is a hit, it ends up to get replicated quickly. 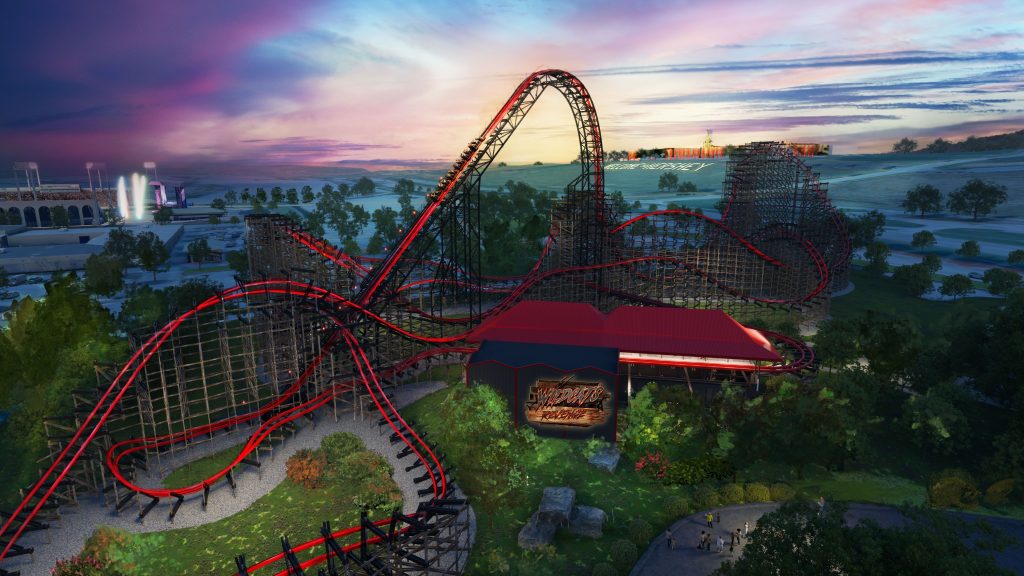 Nothing gets coaster fans more excited these days than a new Rocky Mountain Construction creation.

Wildcat’s Revenge is yet another RMC hybrid conversion of an existing wooden coaster. The 140-foot-tall lift hill will lead to a 82-degree first drop, with the ride hitting 62 miles per hour over its 3,510 feet of track. Riders will go through four inversions, including what Hersheypark is dubbing the “world’s largest underflip,” which is described in the press release as “an inversion that begins with an upward climb, followed by a counterclockwise 270-degree roll and a dive down towards the side.” 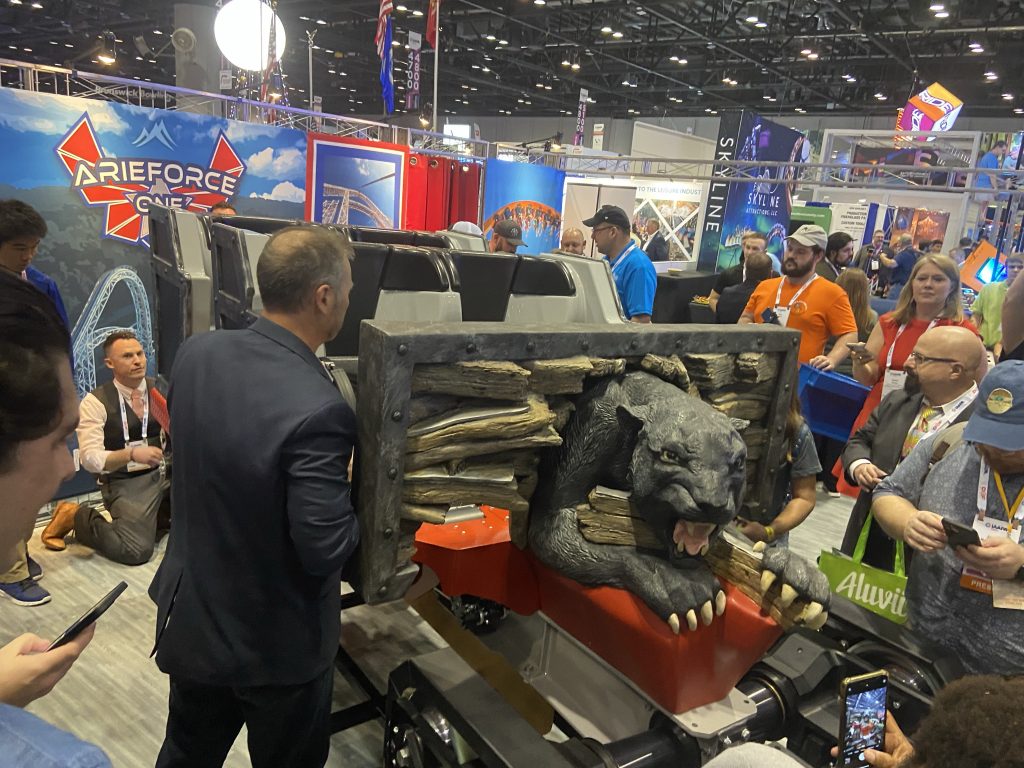 RMC has rarely missed since its first conversion opened in 2011 and there’s little reason to think this won’t be the star of Hersheypark’s stacked 14 coaster lineup. 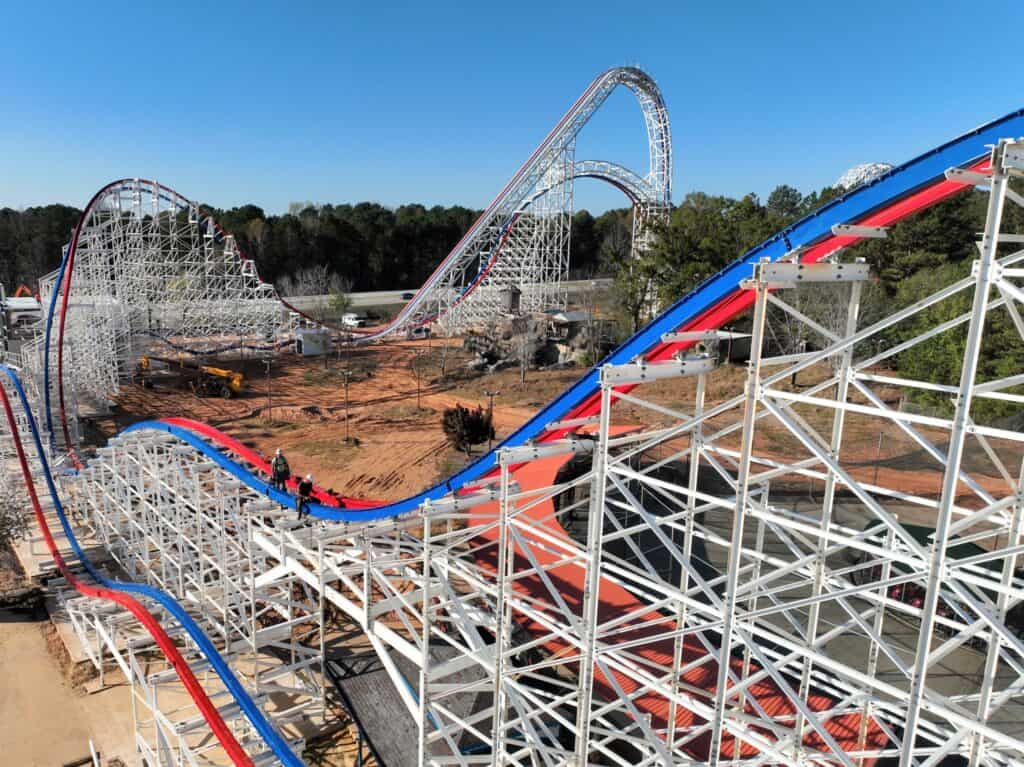 ArieForce Once under construction (Fun Spot)

Opening: TBA 2023 at Fun Spot Atlanta (rumored to be March 3 by Screamscape)

What else can top a new RMC as the most anticipated coaster of the year…than another RMC!

ArieForce One brings a bit more height (155 feet) and speed (64 miles per hour) than Wildcat’s Revenge. It’s also not as restrained by being an all-new, all-steel coaster, rather than a hybrid conversion on an existing footprint. The first POV video for the ride was released on Christmas, showing off its airtime-filled layout and what’s being called the “largest zero-g stall in America.” 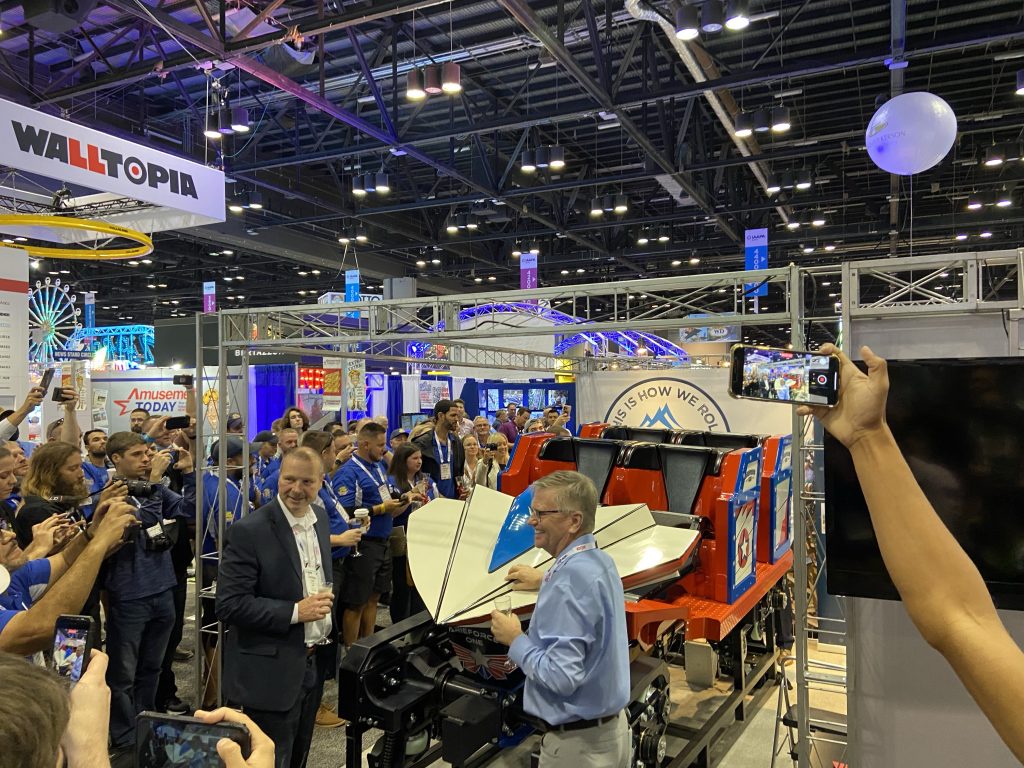 The new trains for ArieForce One (Theme Park Tribune)

The $13 million coaster is a bold move for Fun Spot Atlanta, which until now focused on smaller flat rides and go-karts. It will need to add a supporting cast of coasters fast if ArieForce One draws in bigger crowds.

It’s been 12 years since Universal rocked the theme park world with the first Wizarding World of Harry Potter. It’s time to see it can do it again, this time with everyone’s favorite plumber.

The first U.S. version of Super Nintendo World is No.1 on this list thanks to its incredible potential. Combining truly iconic characters that appeal to multiple generations, a vibrant environment that guests have longed to physically experience and a technological leap in interactivity, that sure seems like a recipe for success. 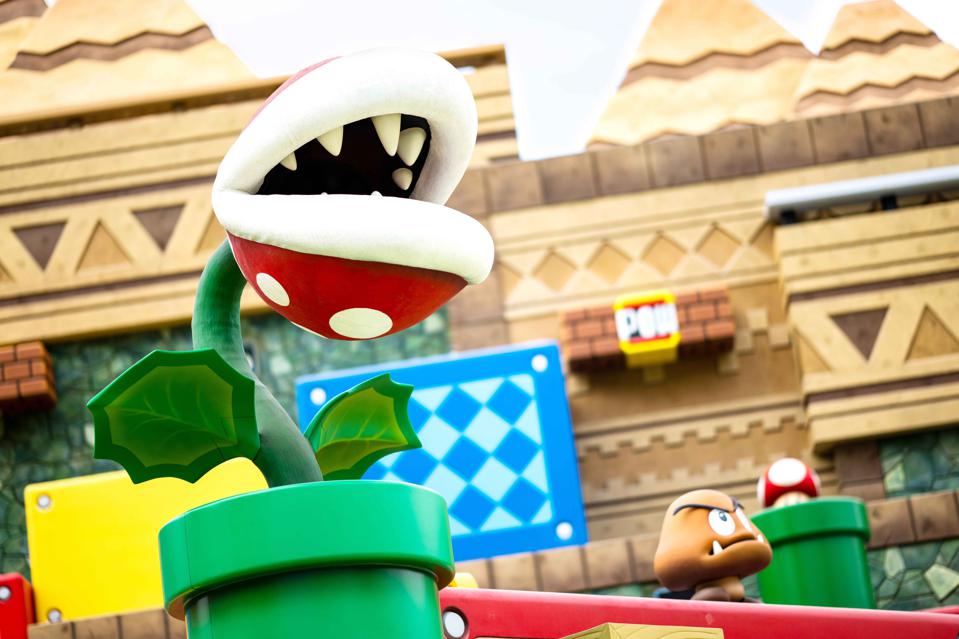 That said, Star Wars: Galaxy’s Edge taught me not to make assumptions about new theme park lands. It’s easy to imagine that guests will be clogging up the 101 on opening day — but let’s see if that’s still the case months later.